OSKALOOSA — More lives were claimed by COVID-19 in Mahaska and Marion counties on Wednesday.

As of 10 a.m. Wednesday, Mahaska County has had 428 confirmed cases of the COVID-19 disease, up 10 from the total reported at 10 a.m. Tuesday, according to the Iowa Department of Public Health.

There were six new cases in Marion County over that time frame, according to state data.

Mahaska County is one of 29 Iowa counties in a red zone, as determined by the White House Coronavirus Task Force. 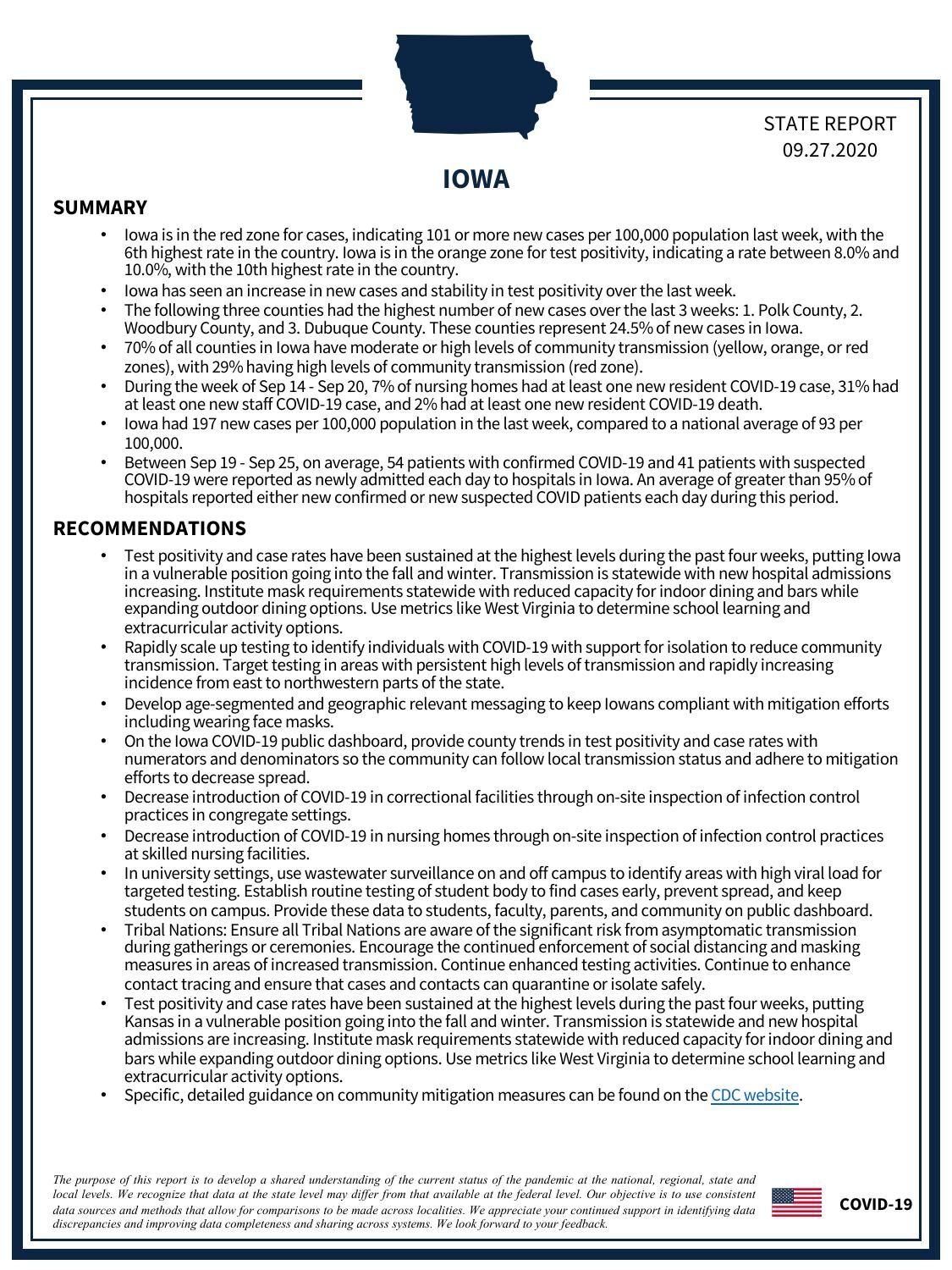 Their report, which is not released publicly but was obtained by the Center for Public Integrity, from Monday said that results from Sept. 19-25 were positive more than 10% of the time in Mahaska County and that cases increased more than 11%.

The state of Iowa, according to the report, had the sixth-highest rate for new cases in the nation last week. The report said the state is in “a vulnerable position” going into the fall and winter months as high levels of case growth have been sustained over the last four weeks.

The report recommended that Iowa implement a statewide mask mandate, limit indoor dining and bars, and to use metrics like West Virginia to determine school learning and extracurricular activities. Iowa has not implemented any of those measures.

The report indicates three different zones where cases or the rate of positive tests are increasing: red, orange and yellow.

In the orange zone are Pella and Marion County.

The coronavirus that causes COVID-19 is spread through respiratory droplets. It is often mild and some individuals remain asymptomatic or have only cold or flu symptoms. But the disease can be more severe, require hospitalization and lead to death, particularly in older or immunocompromised people.

Experts, including those at the CDC, say wearing masks when in public, keeping at least 6 feet of distance between people when possible, and good hygiene can prevent the spread.

The Oskaloosa Herald relies on data reported by the Iowa Department of Public Health, using its coronavirus data dashboard at coronavirus.iowa.gov. Data is checked each day at 10 a.m. and then compared to the data previously captured from the dashboard to produce stories.

The state has changed how it reported the data several times, and local officials often produce data based on different standards or in different timeframes. Therefore, the data will not always align with other sources.