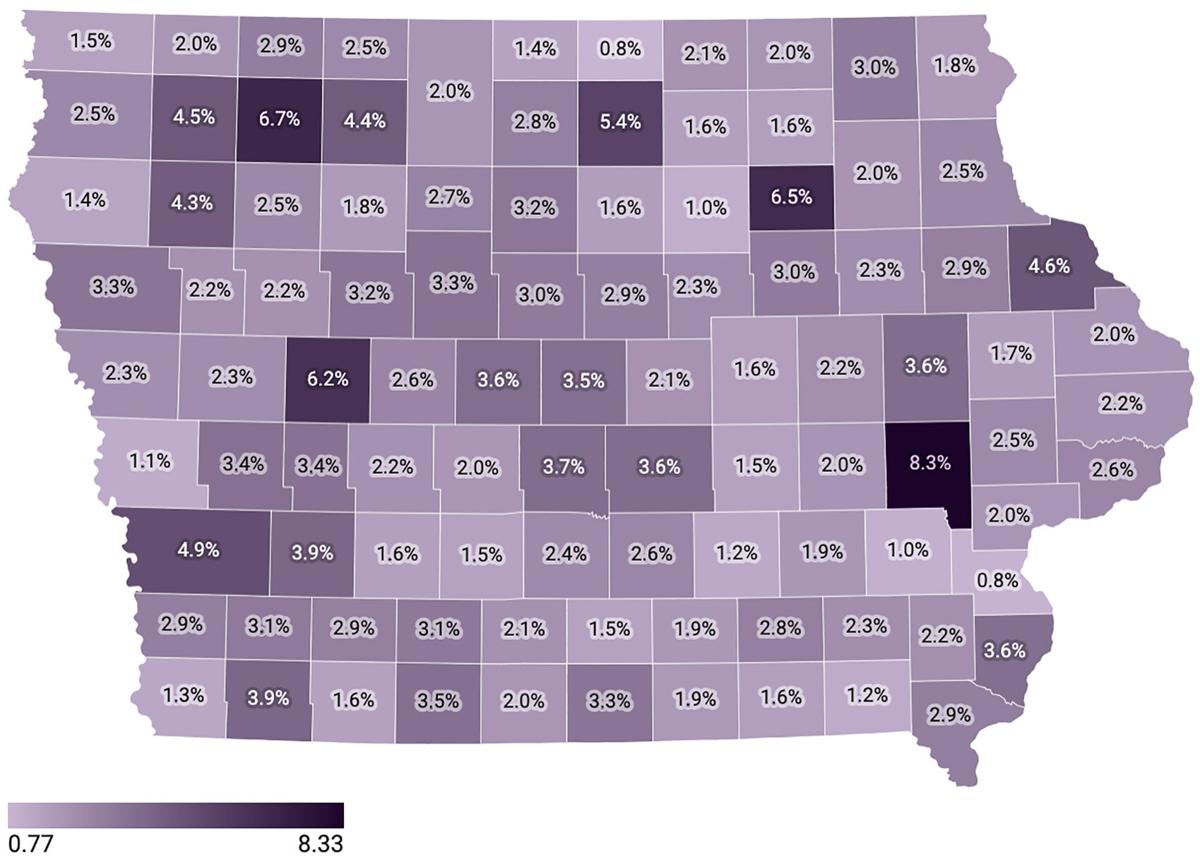 A map showing a county-by-county look at the percentage of population that has received both of the required doses of a COVID-19 vaccine, as of Thursday morning. Statewide, about 3.3% of residents are fully vaccinated from the coronavirus. Marion County ranks 38th in Iowa with about 2.8% of its residents receiving both vaccines, while Mahaska County ranks 93rd in the state with 1.2% of its population having received both shots. 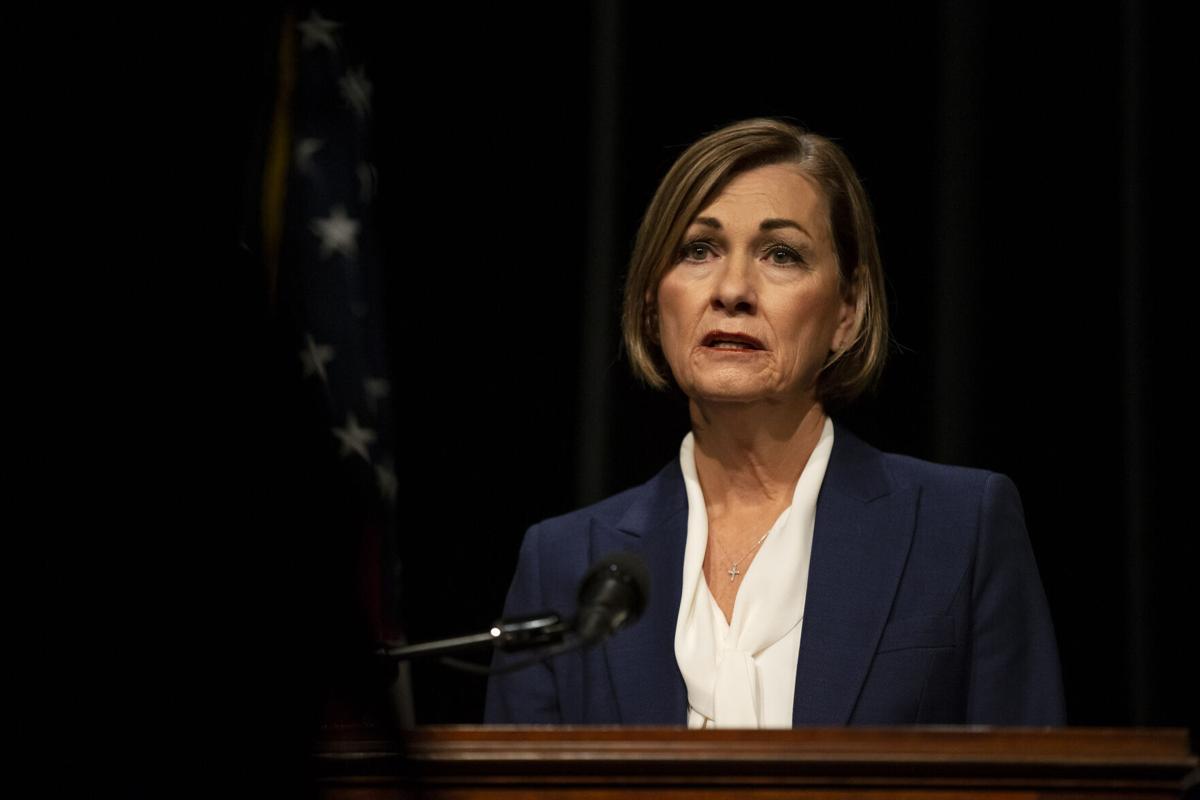 A map showing a county-by-county look at the percentage of population that has received both of the required doses of a COVID-19 vaccine, as of Thursday morning. Statewide, about 3.3% of residents are fully vaccinated from the coronavirus. Marion County ranks 38th in Iowa with about 2.8% of its residents receiving both vaccines, while Mahaska County ranks 93rd in the state with 1.2% of its population having received both shots.

OSKALOOSA — Another 841 cases of the coronavirus were confirmed in Iowa, with Marion County seeing another of its residents die because of the pandemic.

New data Thursday from the Iowa Department of Public Health showed that 66 residents from Marion County have died from the coronavirus, one more than was reported the day prior. It was one of 22 new deaths the state reported on Thursdays. Deaths commonly take days and weeks to be added to the state's death while officials work to confirm deaths. There have been 5,196 Iowa deaths caused by COVID-19.

The 14-day positivity rate in Mahaska County was 11.9% while the rate was 10% in Marion County. The Centers for Disease Control and Prevention experts say a rate of 5% or less is a safe level of community transmission.

About 3% of Iowans have now received both doses of a COVID-19 vaccine, and about 5.5% have received the first dose.

Hospitalizations are the lowest since late September, with 273 in Iowa’s hospitals and 64 in an intensive care unit as of Thursday.

Gov. Kim Reynolds on Wednesday defended her decision to remove mandates on mask-wearing and social distancing — which she did without consulting the Iowa Department of Public Health.

Reynolds was among the last governors in the country to implement a mask mandate. She did so in mid-November during a prime-time address to Iowans at a time when Iowa was averaging more than 4,300 new cases per day, hundreds were being admitted into hospitals each day, and intensive care unit capacity was being stretched thin.

Within a couple weeks of the mandate’s implementation, COVID-19 hospitalizations began to taper off, reducing to what are now five-month lows as of Wednesday. Meanwhile, daily new cases also fell sharply in the weeks following the mandate, and are now at their lowest levels in since September.

In defending her decision to relax measures, Reynolds claimed Iowans have worn masks all along and don’t need a government mandate to do so.

“Individuals can make that choice, and they’ve done so,” Reynolds said. “Prior to November, we didn’t have a mask mandate. … Iowans know what to do, we’ve been telling them for a year what they need to do. And they’re doing it.”

Reynolds said she is trying to be “reasonable and measured” to manage the pandemic in a responsible way while allowing Iowans to still have livelihoods.

“California has been locked down since March; their numbers are no different,” Reynolds said. “But we’ve been able to help a little bit with COVID fatigue by being reasonable and measured.”

Reynolds, responding to a question about whether removing the mask mandate sends the wrong signal to Iowans, said mental illness, substance abuse, suicide, child pornography, food insecurity and other things are on the rise or worsening.