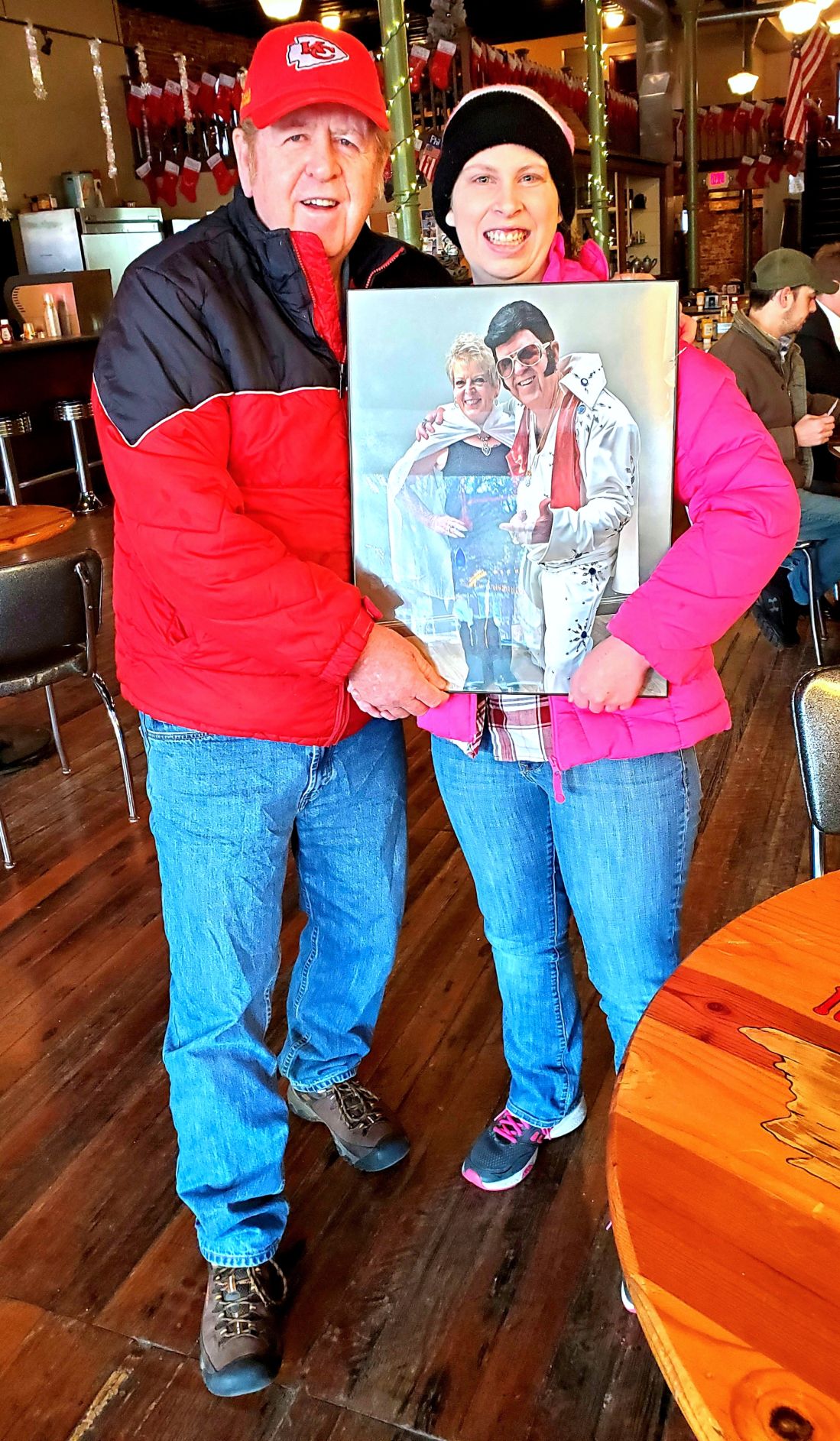 Dwaine McClure and Sydney Long pose for a photo together. 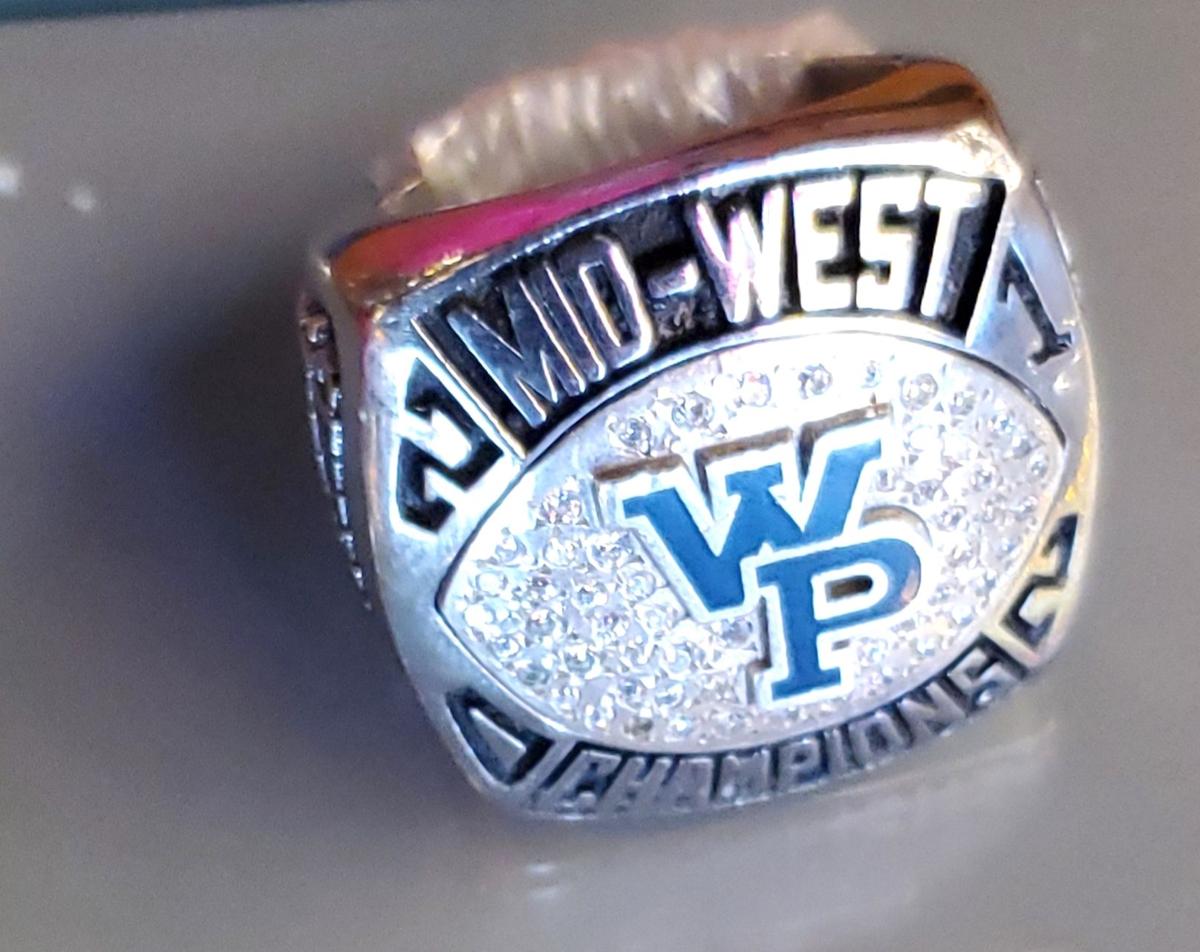 Jonathan Hafner’s ring, borrowed by Dwaine McClure, who portrayed Elvis in the Lighted Christmas parade, was found by Sydney Long and, thanks to the help of social media, was returned to McClure and ultimately Hafner.

Dwaine McClure and Sydney Long pose for a photo together.

Jonathan Hafner’s ring, borrowed by Dwaine McClure, who portrayed Elvis in the Lighted Christmas parade, was found by Sydney Long and, thanks to the help of social media, was returned to McClure and ultimately Hafner.

OSKALOOSA — Elvis impersonator Dwaine McClure flashed some bling The King could envy while walking in the 2019 Lighted Christmas Parade.

He had borrowed a William Penn class ring that was Jonathan Hafner’s.

“I wanted to wear four rings total, and I had the ring taped around the band to keep it on my finger while I was getting ready for the parade at Maurer Supply,” said McClure.

McClure walked in the parade alongside Debbie Blunt, who portrayed Brenda Lee, throwing candy out to the kids during the parade.

McClure was also throwing out red scarves and red garlands. At one point he threw a red scarf to a young girl in a wheelchair. The ring slipped off his pinky finger and got tossed along with the scarf. The young girl’s mother tied the scarf to the wheelchair.

Sydney Long recovered the ring after it had rolled toward her. She told her mom, Cathy Long, that Elvis (McClure) had thrown her a ring.

“I remember seeing the scarf and the ring fly apart as the scarf was tossed through the air, and I remember thinking that I should try to pick it up before it gets run over or before someone else steps on it,” said Sydney.

Sydney thought it was a novelty ring that he was throwing out with the candy. Cathy’s niece’s little girls collected the candy that McClure threw to them, and McClure walked on down the parade route. Sydney would later store the ring in her jewelry box when she got home.

Once McClure was in front of a church and had finished the parade route, he realized he had lost one of the four rings from his hand. He decided to retrace his steps to search for it. He asked the float driver, Kelly Blunt, to take the float back to Maurer Supply so he could thoroughly search the float. When that search came up dry, Dwaine climbed into a pickup truck and drove the entire parade route scanning the pavement and curbs for any sign of the ring.

McClure’s wife, a woman of faith, suggested to Dwaine that he call upon Saint Anthony for divine help to locate the ring since a similar prayer had previously helped McClure locate a set of lost keys to his truck. McClure stopped the truck in front of the local movie theater and breathed a prayer to Saint Anthony, just as his wife had recommended.

Later on Monday, Dwaine would visit the Oskaloosa Herald and share the story of the lost ring with Herald Publisher Deb Van Engelenhoven, who posted on Facebook that the ring had been lost. Cathy Long’s former sister-in-law, Brenda Long, saw that post and shared it. Then Cathy’s niece Amanda saw the shared post and texted Cathy to tell her that she had just seen a Facebook post that said a person had lost a ring.

Cathy contacted her daughter, Sydney, Monday evening and asked her to describe the ring in more detail. She asked her if the ring she found was made of metal with a WP logo on it. Sydney confirmed that description. That led Sydney to locate a tiny inscribed name inside the ring, which read “Jonathan Hafner.”

Cathy then phoned McClure on Tuesday morning to give him the good news that her daughter had the ring and could return it.

“I told him that if I had seen the ring myself, I would have most likely run ahead to catch up to the float and returned it,” Cathy Long said. “But I was so glad we were able to still get it returned. The social media channel definitely helped us a lot.”

McClure met Cathy, Sydney and Kelly Blunt at Smokey Row Tuesday morning at 9 a.m., where he presented Sydney with a stuffed teddy bear and a special picture of Elvis and Brenda Lee. He also thanked her with a big hug and offered to buy her a favorite beverage.

McClure attributed his good fortune in finding the lost ring, in large part, to Saint Anthony. He was seen leaving Smokey Row with a big smile on his face and a big ring on his finger.