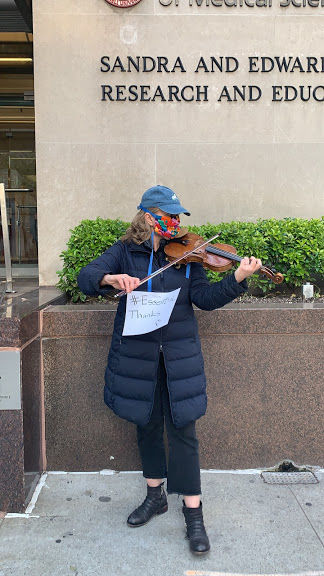 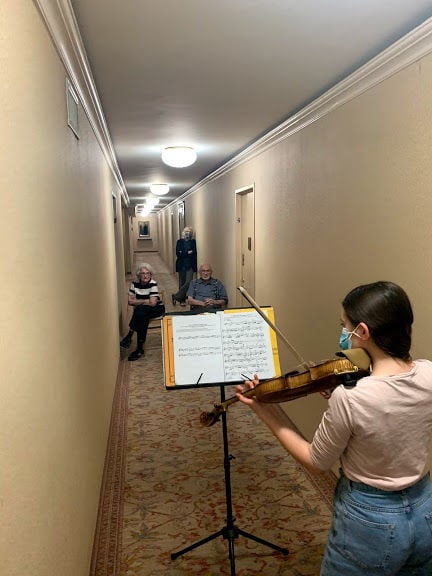 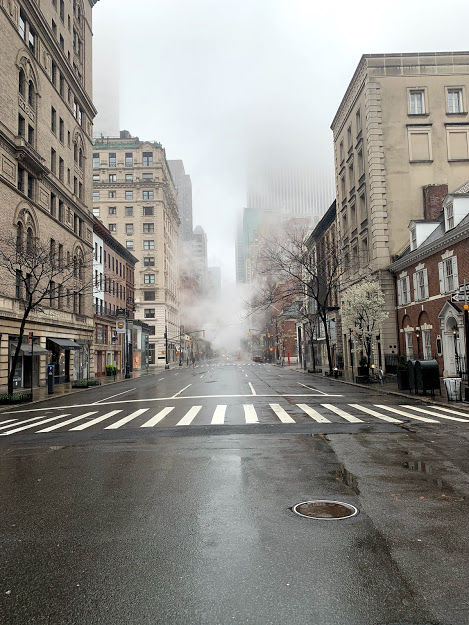 A deserted street in Manhattan.

A deserted street in Manhattan.

NEW YORK — The solemn, calming sound of a violin reverberated deep within the bones of health care workers as they entered and exited the NewYork-Presbyterian / Weill Cornell Medical Center.

Kristina Gitterman, a professional violinist, played outside the medical center doors to provide a sense of solace for essential workers battling the COVID-19 pandemic.

“I play on Broadway, in Carnegie Hall and the Lincoln Center, and of course all of them are completely shut down at this time, and nobody is working,” says Gitterman. “We’re all just sitting in our apartments, not feeling like we’re doing anything to make or bring joy or share our talents or do what we love to do, so this felt like a very small gesture that I could do to bring music to essential health care workers on their way to and from work.”

Gitterman, originally from Des Moines, played familiar melodies like “Amazing Grace,” “Goin’ Home,” “Bach Gavotte” and “Simple Gifts.” Her mother lives in Oskaloosa. Gitterman began playing the violin at age four and, in 1993, Gitterman’s love of music brought her to New York for graduate school at the Manhattan School of Music. She has been a professional musician for almost 30 years.

“We tell our neighbors we’re going to play, and they’ll stand outside their apartment doors so we’re all social distancing,” says Gitterman. “We’ll play for about 20 to 30 minutes together … nobody’s been able to get out and hear anything live, and I think it’s meant a lot to them, especially to our most vulnerable.”

Gitterman has neighbors in their 80s who have not left their apartments since early March.

“My neighbor and his wife celebrated their 70th wedding anniversary, and my daughter and I played for them,” says Gitterman. “It makes a difference for those who are shut-in, who can’t even go out to get their groceries.”

The busy, bustling streets of New York City became a ghost town as the state suffered a quick and brutal rise in the number of COVID-19 cases earlier this spring. To date, the city has 208,085 positive COVID-19 cases alone, and 21,050 individuals have died from the virus.

“I had many colleagues that were sick, and several of the doormen in our building were sick,” says Gitterman. “One of the garage attendants died. It’s a very, up-close experience for us … I think it’s very, very different here in New York than it is in rural America.”

“So far, I’m crossing my fingers it hasn’t reached my mom’s facility, but I’m really concerned about that as well,” says Gitterman. “I feel very helpless here in New York. Even if I came to Iowa, I couldn’t see my mom. It’s a surreal time. Absolutely crazy.”

“The threat for her and her family is also extremely high,” says Gitterman. “Her husband also has some underlying health conditions, so it’s very scary for them as well. She’s an essential worker, of course, ... because she’s taking care of children whose parents are working.”