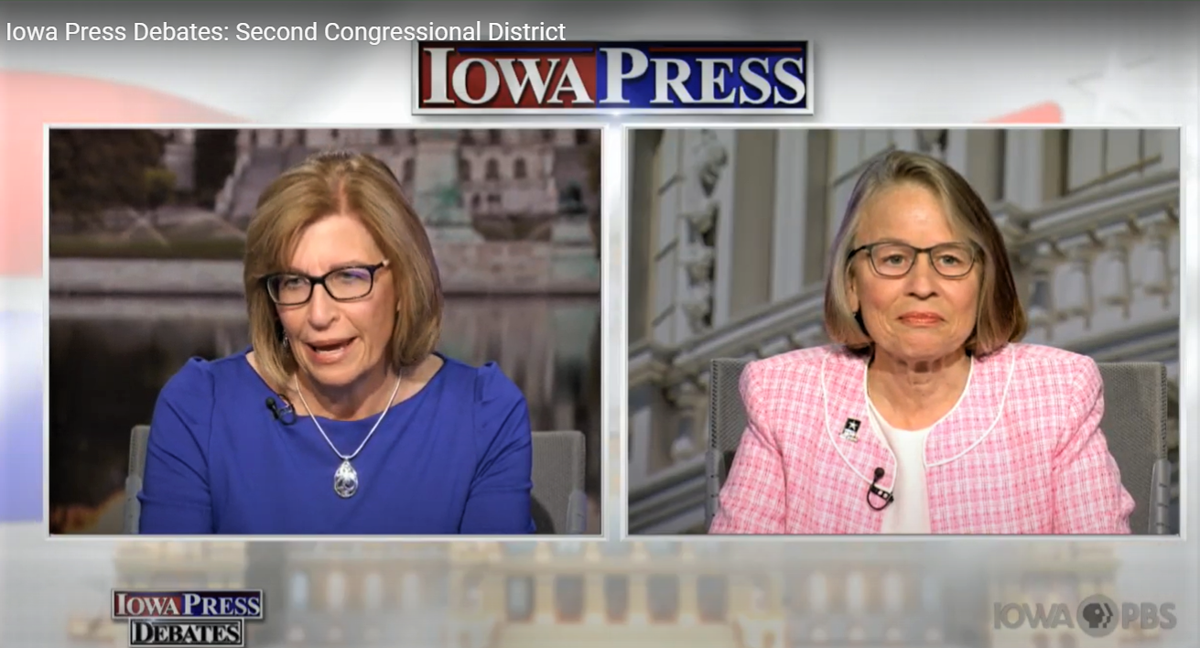 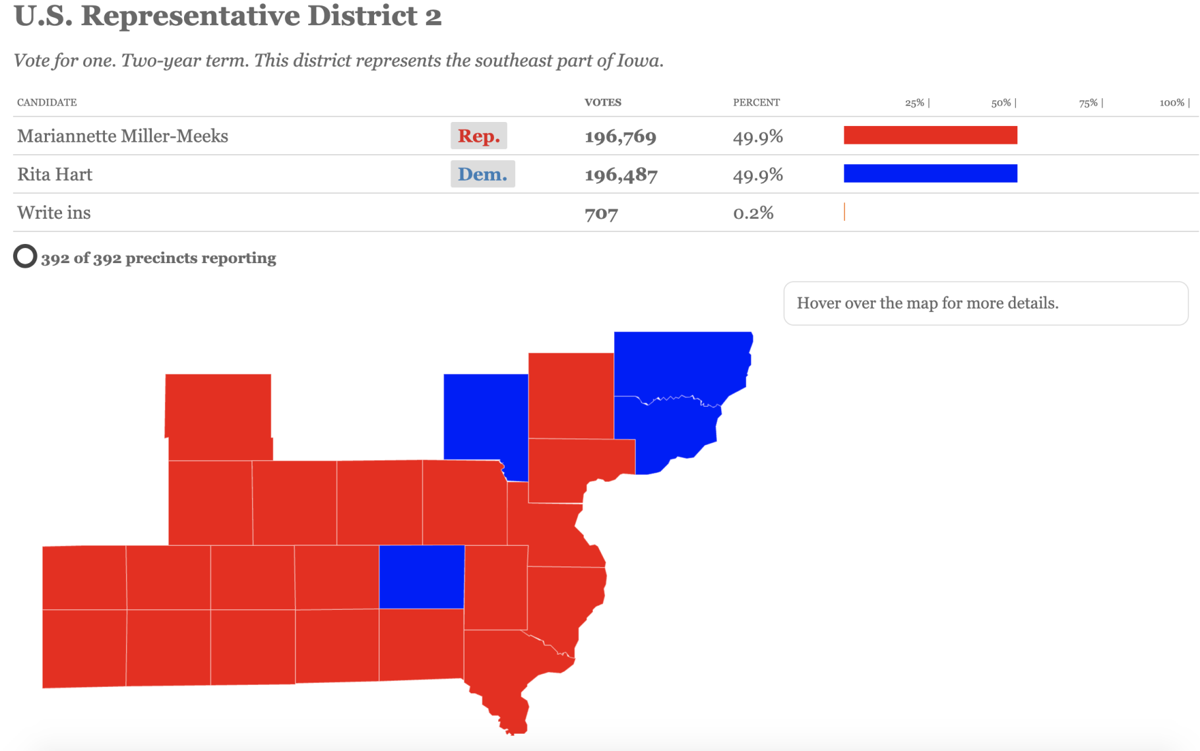 OTTUMWA — All precincts for the second U.S. House district in Iowa have reported their unofficial tally. The result: it's too close to call.

The Associated Press has held off on calling the race between Democrat Rita Hart and Republican Mariannette Miller-Meeks, of Ottumwa. The current margin between the two is a mere 282 votes out of the 393,963 total tabulated — Miller-Meeks was ahead as of 2 a.m. Wednesday.

Hart and Miller-Meeks are sparring to take over the seat being vacated by Democrat Dave Loebsack's retirement. Loebsack held the seat for seven terms.

Hart won the more populated counties of the southeastern Iowa district for the U.S. House. She had a nearly 32,000 vote margin in Johnson County — home of Iowa City. In her home county of Clinton, she led by nearly 2,000 votes. In nearby Scott County, she had a nearly 5,500 vote lead.

While Hart also claimed Jefferson County, by a 142-vote margin, Miller-Meeks was victorious everywhere else.

Miller-Meeks claimed her home county of Wapello by more than 2,600 votes.

Vote counts reported on Election Night are unofficial. Results become official once they've been canvassed on Nov. 9. Between now and then, any absentee votes postmarked by Nov. 2 and received before the Nov. 9 canvass can be counted. Any provisional ballots cast on Election Day that are determined to be a legal ballot can be counted, also.

The Ottumwa Courier relies on the Associated Press for race calls for the U.S. House second district. Such a call has not yet been made.

According to the Iowa Secretary of State, there were 19,797 absentee ballots sent out to voters that had not yet been received as of Election Day. Of those unreturned ballots, two-thirds were requested by Democrats.

In a statement Wednesday morning, Hart said "over the coming days we will ensure that Iowans' voices are heard and that remaining votes are counted."

The Des Moines Register reported that Miller-Meeks claimed victory to her supporters, saying "you are now looking at the new congresswoman from the 2nd Congressional District of Iowa."

Miller-Meeks, born in Herlong, California, is an Army veteran, first-generation college student and an ophthalmologist. She operated a private practice in Ottumwa until 2008, and continues to reside in Ottumwa. She is currently a state senator for the 41st district.

Hart, originally born in Charles City, Iowa, and currently residing in Clinton County, is a former teacher and was a state senator for the 49th district from 2013-2019. Hart ran unsuccessfully for Lieutenant Governor of Iowa on the Fred Hubbell ticket in 2018.