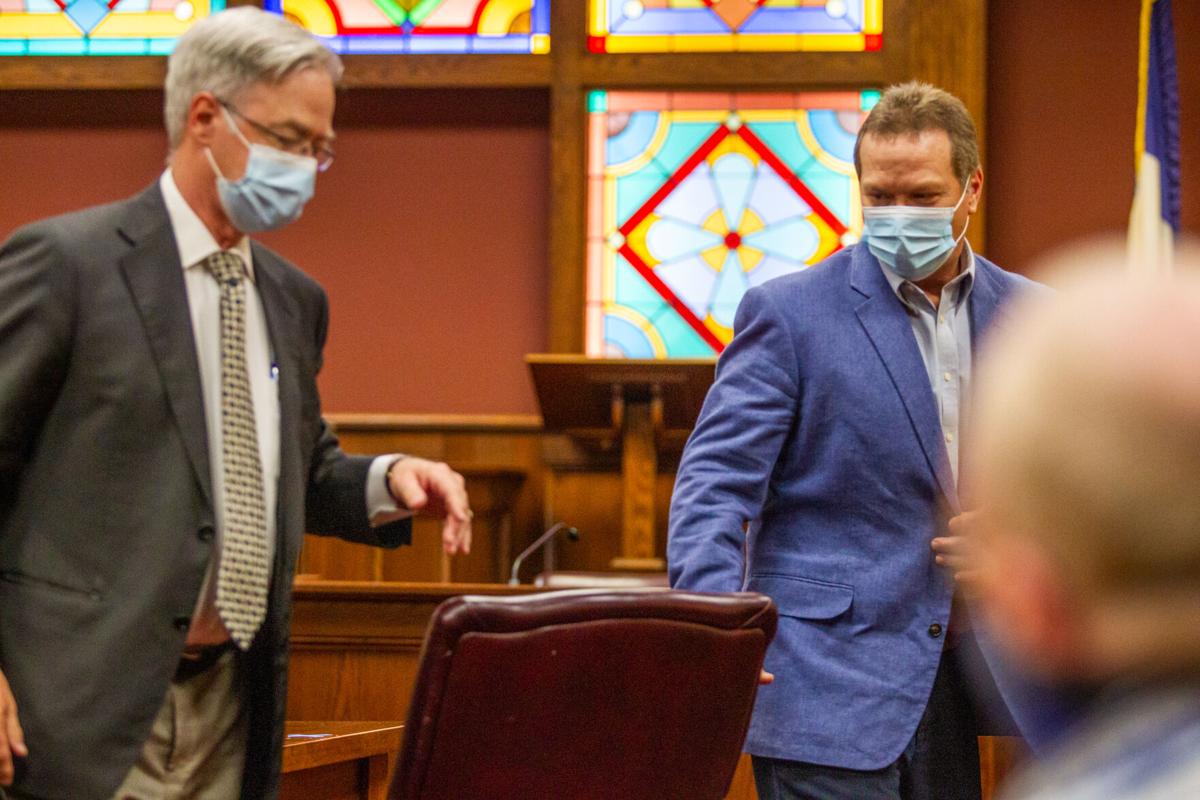 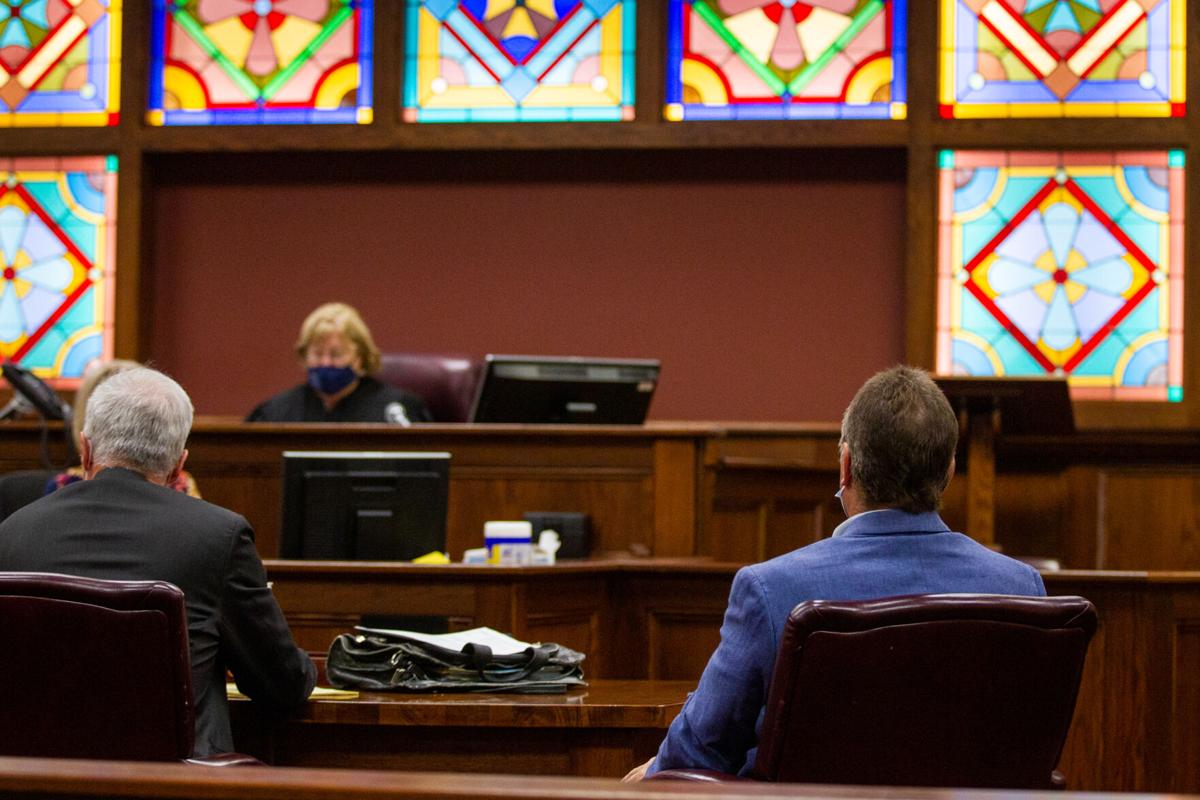 Mark Groenendyk, right, listens to Judge Rose Ann Mefford during his sentencing hearing on Monday at the Mahaska County Courthouse in Oskaloosa.

Mark Groenendyk, right, listens to Judge Rose Ann Mefford during his sentencing hearing on Monday at the Mahaska County Courthouse in Oskaloosa.

OSKALOOSA — The domestic abuse case involving Mahaska County Supervisor Mark Groenendyk could be expunged from his criminal record next year if he satisfies the conditions of his probation.

Groenendyk, the chairman of the elected board that oversees county government, was in front of Judge Rose Ann Mefford Monday for sentencing in a domestic abuse case involving him and his son.

Groenendyk entered a guilty plea to a lesser charge of simple assault of part of a deal. Charges stemming from a no contact order violation in March were dismissed as part of the deal.

Mefford told Groenendyk that this was "one of the rare occasions" in which she grants a deferred judgment.

A deferred judgment means the judge withholds formal judgment until a defendant has completed probation. If all of a court's sentences are completed within the year, and no further charges are filed, the case will be dismissed and expunged from Groenendyk's record.

Groenendyk was placed on court-supervised probation for one year and fined $105. Mefford placed a no contact order between Groenendyk and the victim for one year, barring him from coming within 1,000 feet of his residence. Groenendyk will also need to complete an assaultive behavior class within 180 days.

Patrick McAvan, the special prosecutor appointed to the case from Jefferson County, said the state agreed with the deferred judgment.

"From the state's perspective, the defendant in this case — because he has no criminal history — would be eligible for a deferred judgment regardless of the outcome of this case," McAvan said. Prosecutors also discussed the recommendation with the victims, who did not object, he said.

Groenendyk did not speak other than brief answers to the judge on Monday. His attorney, Gerald Geuerhelm, said in court on Monday that Groenendyk is taking responsibility for his actions.

"Mark was keenly interested in avoiding ... protracted litigation in this case involving the family and causing undue stress to all concerned," Geuerhelm said. "So he recognized his actions, took responsibility, and ... there is no doubt in my mind that he will comply with any conditions of the deferral of judgment that you see fit."

The case began in February when Mahaska County Sheriff's Office deputies were called to the Mahaska Health Hospital's emergency room. There, a victim identified as a son of Groenendyk's, said he was assaulted by his father.

The victim told law enforcement that Groenendyk had grabbed him, slammed him into a corner, punched him once in the chest and slammed his head against the wall multiple times. The victim had visible injuries, according to court filings from deputies.

Groenendyk won a second term on the Mahaska County Board of Supervisors in November. He was first elected to the board in 2017 and has served as chairman of the board since 2019.

An online petition calling for Groenendyk's resignation has 159 signatures as of Monday morning. Some of the signers are anonymous, and it's not clear how many signatures are from Mahaska County residents.

Groenendyk's fellow members of the board of supervisors told media on Monday after the hearing they had not discussed censuring or other action against Groenendyk. Supervisor Steve Wanders said he felt the judge had handled the case appropriately.