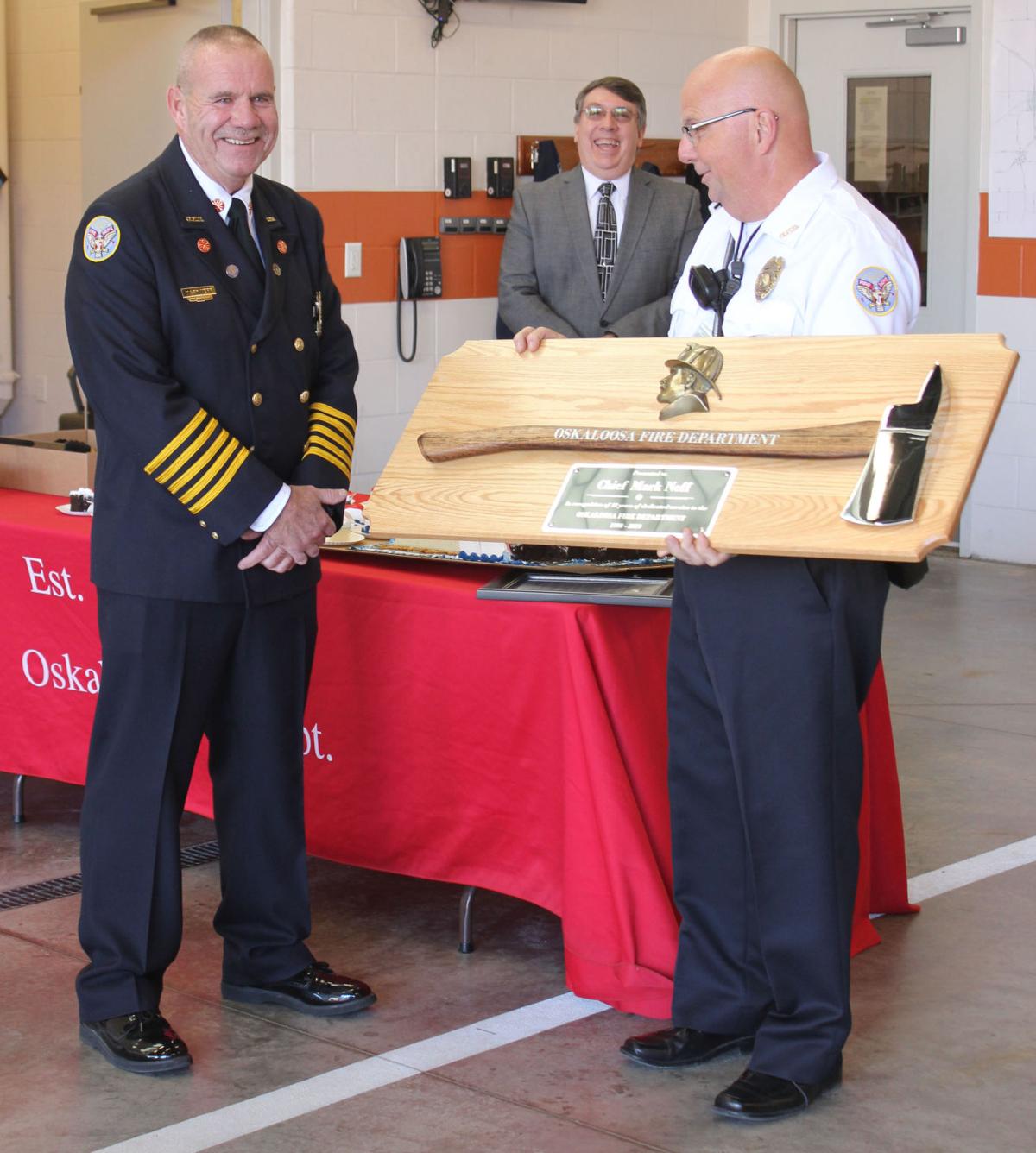 During his retirement celebration, Oskaloosa Fire Chief is presented with an axe by Interim Fire Chief Dave Christensen. 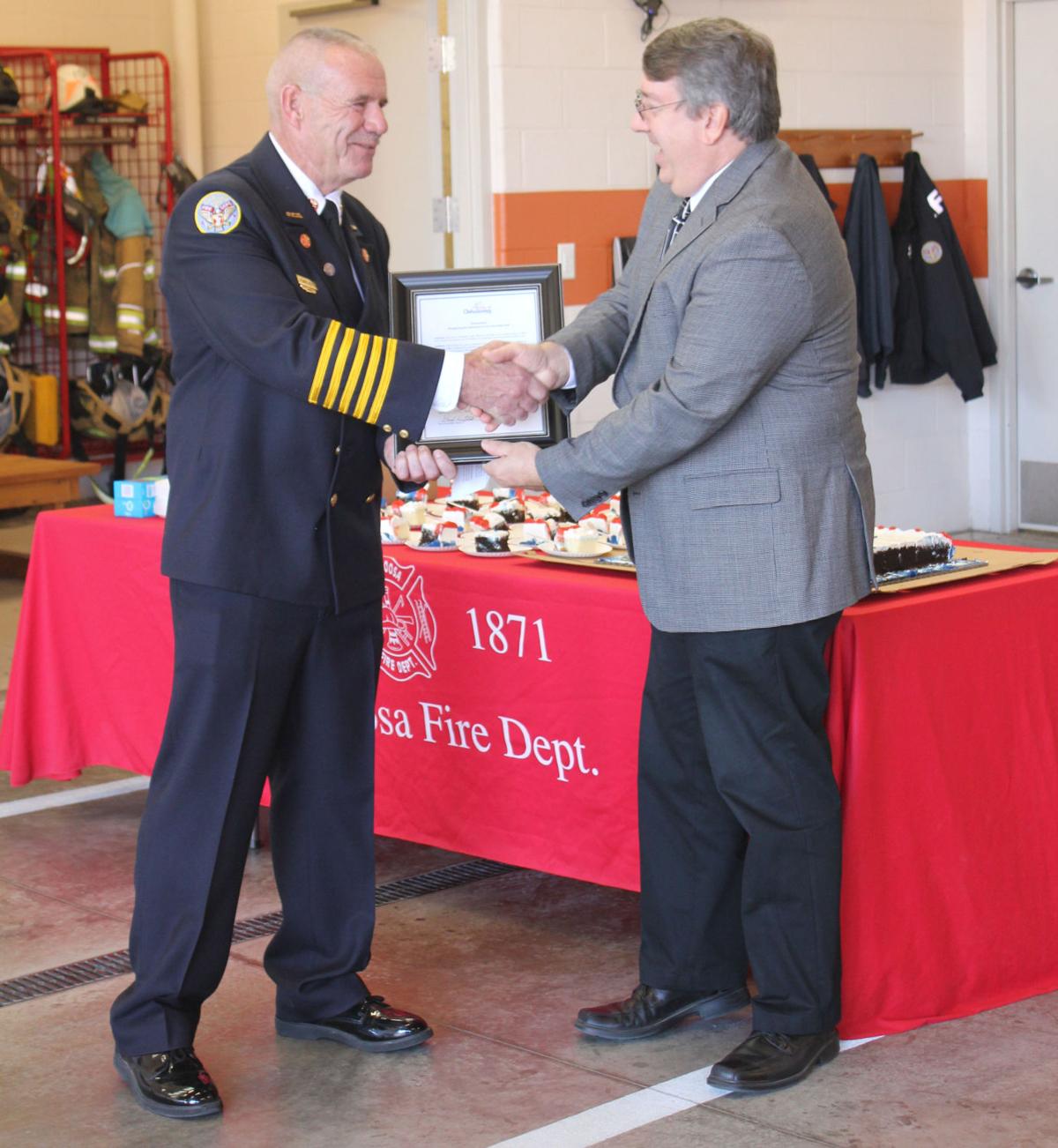 During his retirement celebration, Oskaloosa Fire Chief is presented with an axe by Interim Fire Chief Dave Christensen.

Co-workers, friends, family and community dignitaries were on hand to honor Neff’s 10 years of service as chief with a retirement reception. Neff got emotional as he reflected back on his service to the city, and he gave a lot of credit for his success to his fellow firefighters

Neff started his career at the Oskaloosa Fire Department in November of 1996 as a reserve firefighter. In May of 1998, he was hired as a full-time firefighter with the department, being promoted to captain in 2002. He was promoted to Fire Chief in 2009.

Oskaloosa Mayor Dave Krutzfeldt spoke about Neff and his impact.

“I think I speak for all the citizens of Oskaloosa community when I say that he is a very beloved man. It’s easy to support a winner and the support of Chief Neff and the fire department by the community has been maintained through his professionalism and positive influence on the culture of safety we promote.”

“It’s good to look back and say we’ve been through a lot together, and look at where things were 10, 15, 20 years ago, when Mark got here,” Krutzfeldt added, “and then how things have changed since then.

Krutzfeldt also shared the innovations Neff has brought to the department: new helmets, improved techniques for fighting grass fires and using a special high-pressure system to fight them.

Neff is credited with helping bring the addition to the Oskaloosa Fire Station to fruition. He assisted with the design of the structure and helped the city council navigate all of the related logistics.

He also advocated for new aerial apparatus, something the city of Oskaloosa never had available prior to his term as chief.

Krutzfeldt presented Neff with a signed proclamation in his honor as part of the ceremony.

Neff was nearly speechless as he began to address those in the crowd.

He pointed to all those in attendance and said, “All of you...All of you helped build this. All of you – my friends, family, fellow firefighters and everyone in this room are part of my family. Others have come and gone, but they are still all part of this great big family.”

The ceremony concluded with Neff being presented with a plaque with an ax from the current firefighters.

“On behalf of the members of the Oskaloosa Fire Department, thank you for your service,” said interim Fire Chief Dave Christenson.