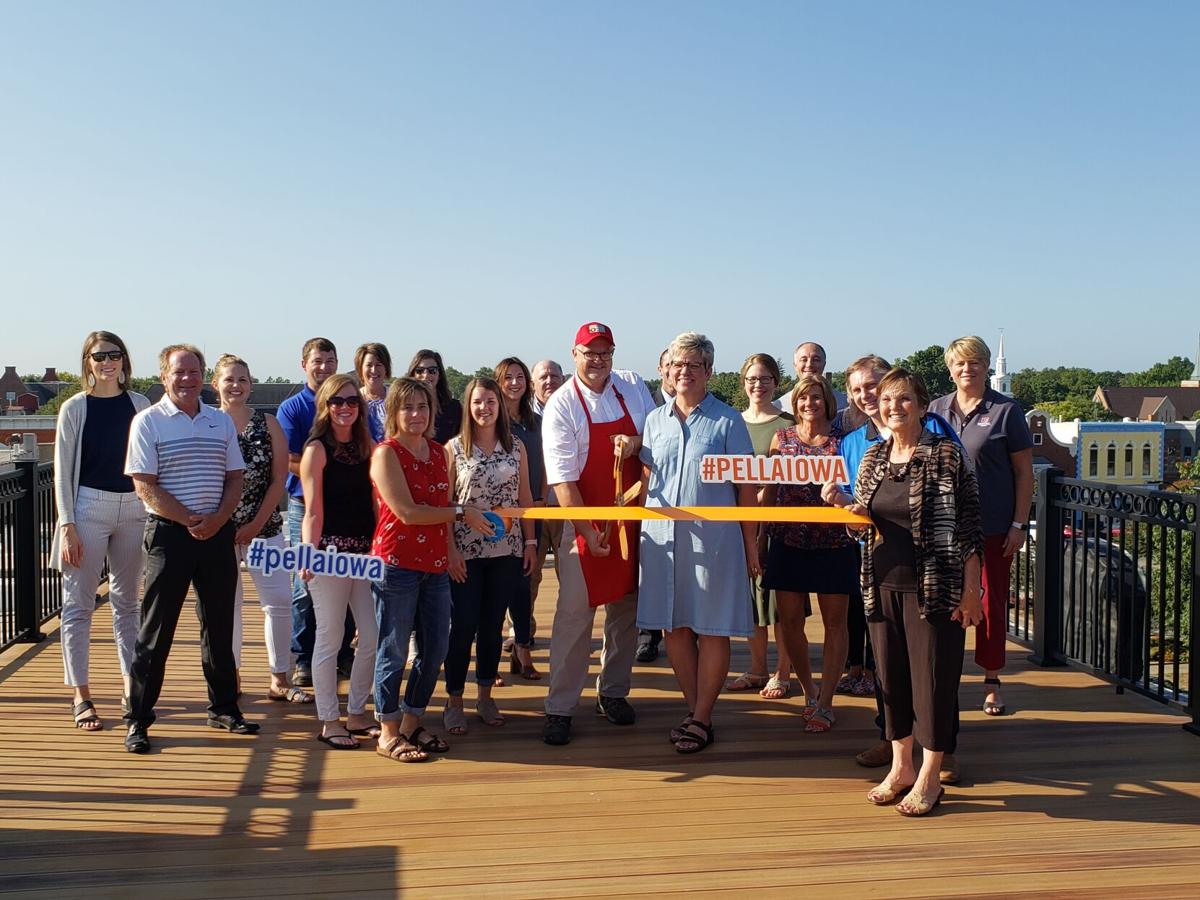 Jerry and Shaughn Roorda get ready to cut the ribbon to celebrate the opening of Butcher's Brewhuis during a Dutch Greeter visit. 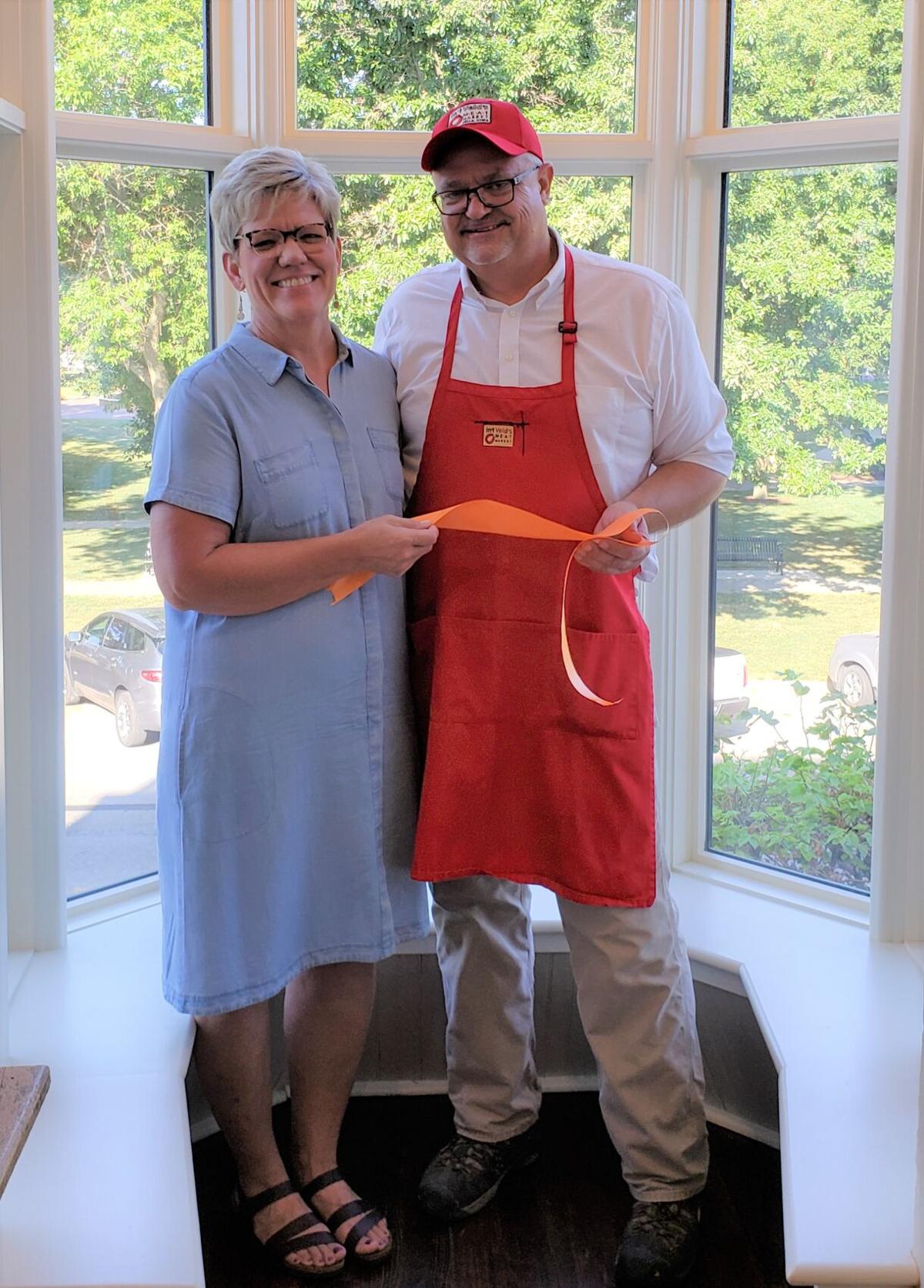 Shaughn and Jerry Roorda hold the ribbon they cut during their Dutch Greeter visit.

Jerry and Shaughn Roorda get ready to cut the ribbon to celebrate the opening of Butcher's Brewhuis during a Dutch Greeter visit.

Shaughn and Jerry Roorda hold the ribbon they cut during their Dutch Greeter visit.

PELLA — Jerry Roorda’s dream of owning his own restaurant has become a reality with Butcher’s Brewhuis.

What started as a modest meat market and deli has grown into a spacious, three-level restaurant, complete with a cozy, vintage bar and a rooftop overlooking Historic Downtown Pella.

“The deli grew and grew to the point where we couldn’t really serve every body any better, so one thing led to another, and here we are today,” says Roorda.

Roorda and his wife, Shaughn, are well-known in the community for In't Veld’s Meat Market and Opa’s Deli, where Roorda makes their famous Dutch bologna on-site. Now, the couple serves craft cocktails, small plates and dinner at the Brewhuis next door.

“When we got into this place, we had no idea exactly what it was going to entail, but this is what we came up with,” says Roorda.

The walls are adorned with recycled bricks from the former Pella Brick and Tile Company, along with heirlooms from the Roorda family farm and other antiques from former Pella establishments. Shaughn Roorda decorated the restaurant and hopes to share unique stories behind each piece.

“I want to be the history teller,” says Shaughn Roorda. “When things settle down a little bit, you will possibly see a blog. There are some unique stories to tell, especially on Main Street.”

Opening a new restaurant during the COVID-19 pandemic has created many challenges for the Roorda’s. Because opening a restaurant is difficult in and of itself, Shaughn Roorda says the menu and hours of operation are still evolving.

“We have been warmly welcomed by the community, and we have locals coming in all the time,” says Shaughn Roorda. “Local support is going to be so important in this opening process. We haven’t advertised because we need to do this really slow and really well.”