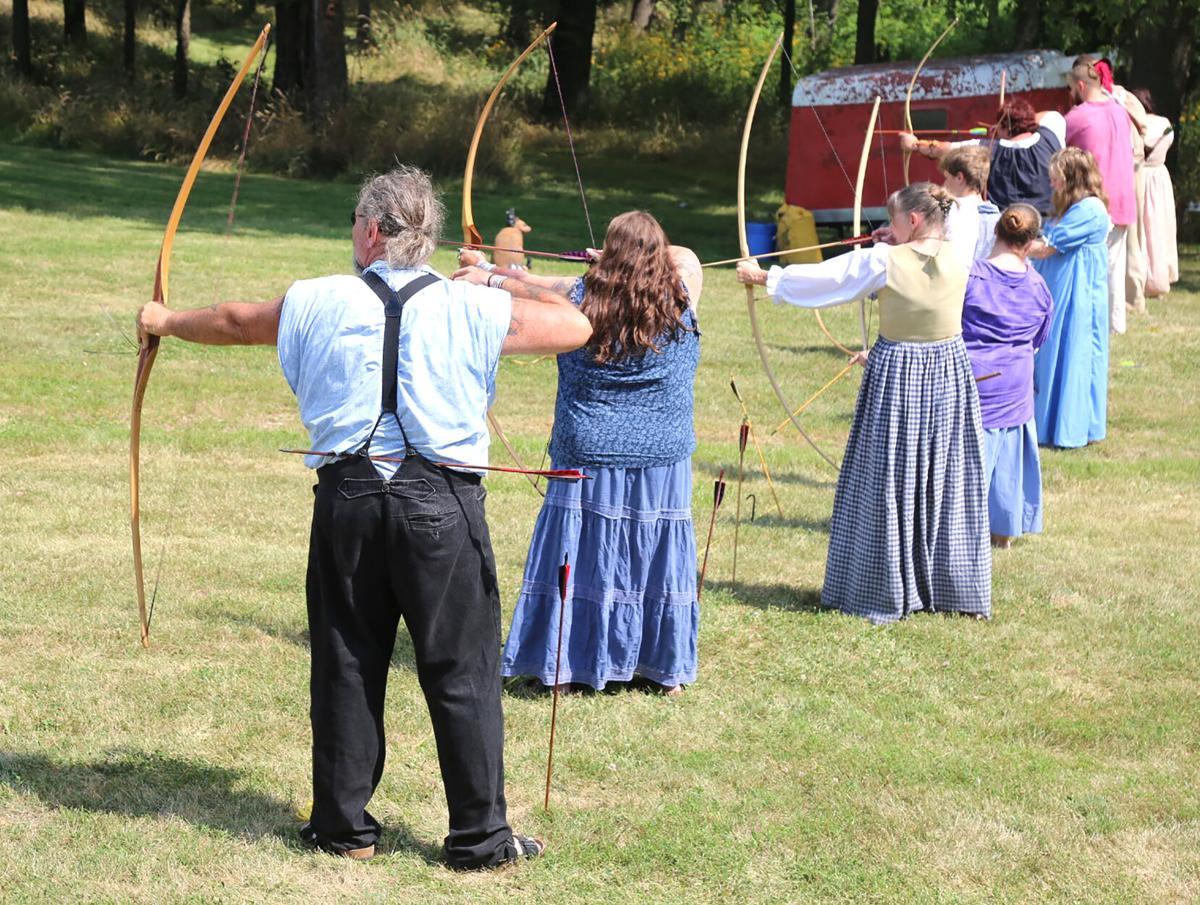 Attendees of the Dog Hollow Rendezvous two-day event got a taste of the mid-18th and mid-19th centuries era this weekend. 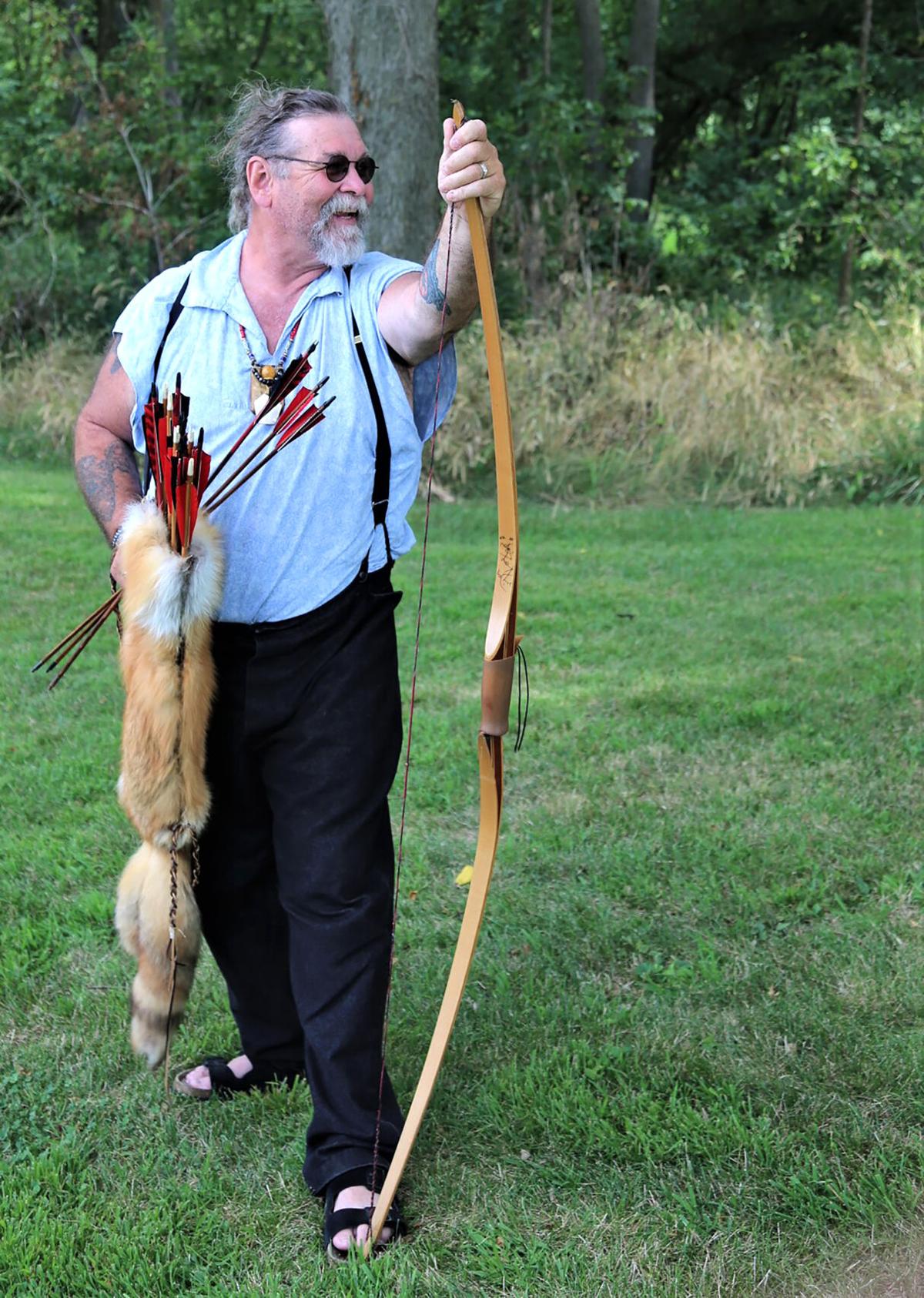 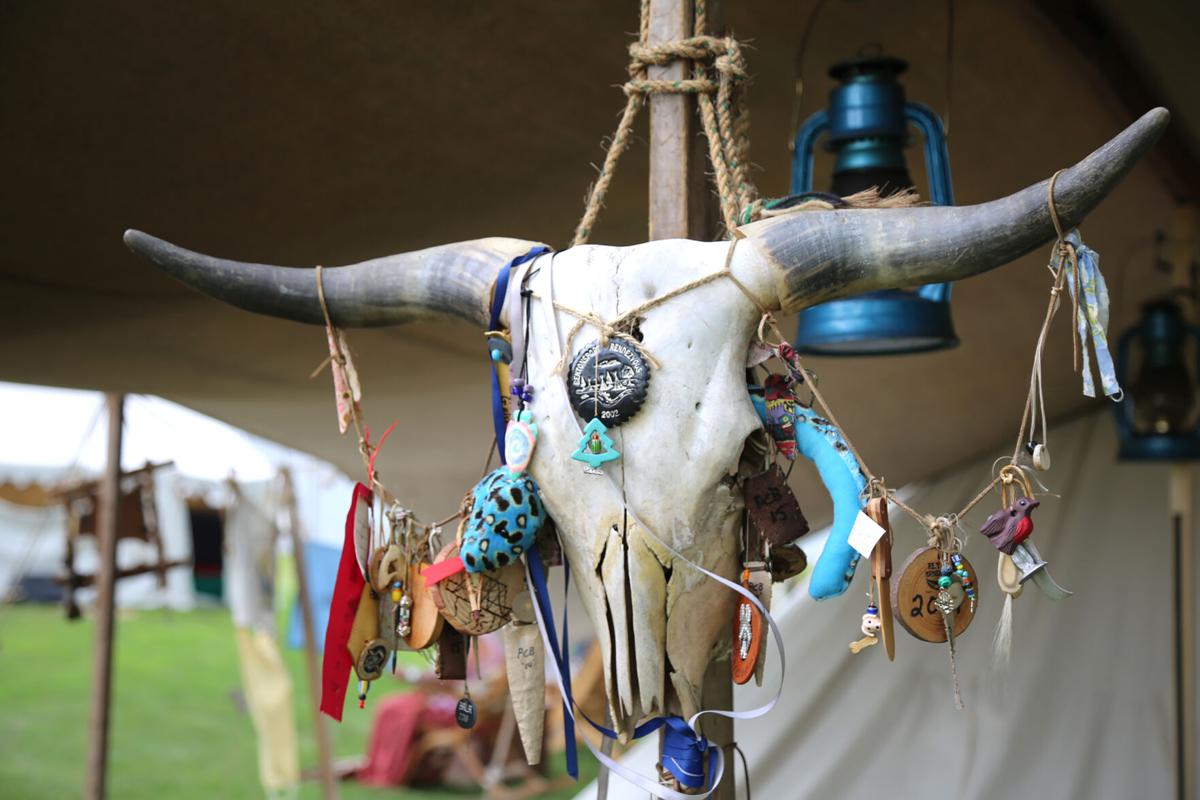 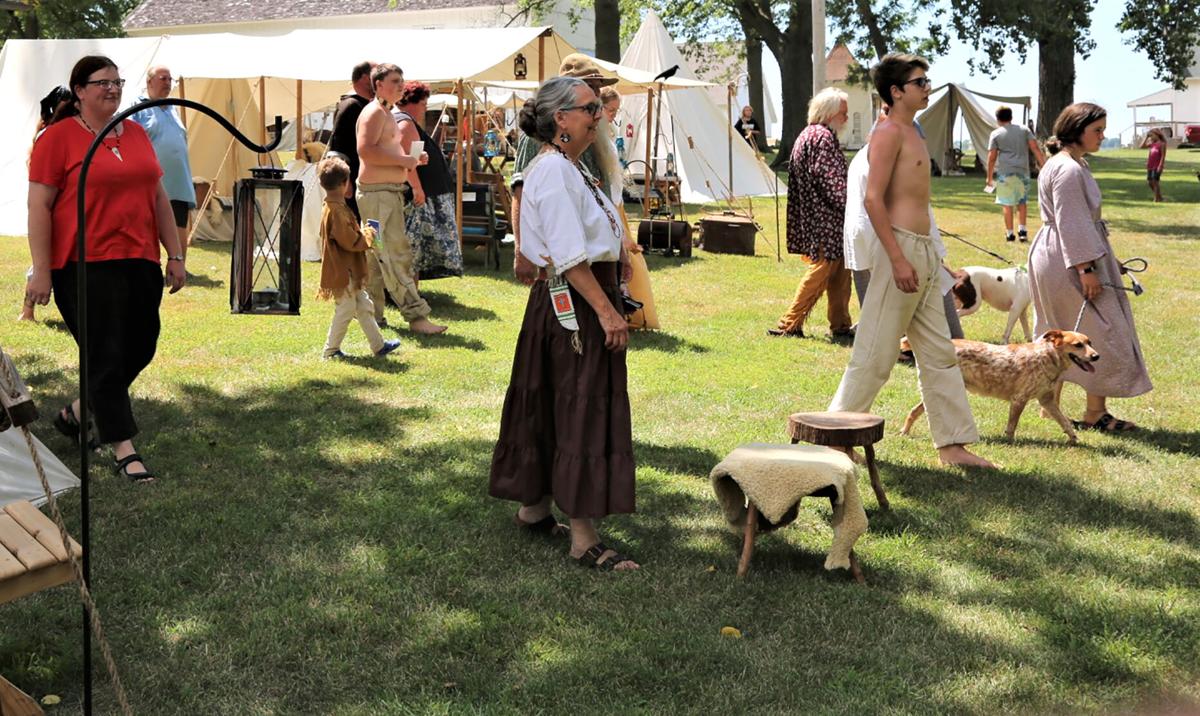 Attendees of the Dog Hollow Rendezvous two-day event got a taste of the mid-18th and mid-19th centuries era this weekend.

OSKALOOSA — For the Timberwolves Rendezvousers who set up camp Saturday at Nelson Pioneer Farm and Museum, it feels just like a family reunion.

The Dog Hollow Rendezvous, held Saturday and Sunday at the historic site in rural Oskaloosa, is an annual event where the Timberwolves members, typically as buck skinners and traders, portray a particular historical era, generally between the mid-18th and mid-19th centuries, with emphasis on family and educating others.

The Timberwolves come from all across the state, including Bloomfield, Ottumwa, Cedar Rapids, Iowa City and Lovilia.

Jim Walker is the leader of the group, called a Booshway, from the French word, bourgeois. The best part of the rendezvous experience, Walker says, is family.

“Some of these people we might only see once a year, but when we get together like this it’s like you’ve never left,” he said. “We first got together 30 years ago as just five scout leaders meeting in a conservation park between Bloomfield and Ottumwa, and then since I took over leading it in 2000 when it moved to Ottumwa, this is what that has grown into as we keep living history alive.”

Dale and Barb Frazier, from Omaha, have been participating in rendezvous for over 30 years. They set up a teepee while camping and demonstrating period cooking trapping. Barb enjoys demonstrating cooking biscuits and apple pies in her Dutch oven, along with venison over the open fire. She also creates craft items with beading.

“I’m also working on adding an otter, muskrat and possum to my collection,” said Dale, who first got involved with rendezvous after he participated in several muzzle-loader shooting events.

Howard and Melissa Ludington, along with their children, set up their campsite to portray the homestead era of the late 1700s.

“It was a time when families moved across the frontier using two-wheel carts, oxen and mules,” said Howard. “There’s a real sense of pride in participating in a rendezvous. The rendezvous lifestyle is a lot of work, but it’s also a lot of fun.”

Howard first got interested in 18th century American history when he was only 11 years old, when he saw a muzzle-loading demo at Camp Wilderness at the Ingersoll Scouting Reservation in Illinois.

Over the years Howard has been involved in several notable historic re-enactments, including the famous Lewis & Clark expedition.

Other rendezvous participants were also on hand to relax in their camp, set up to portray the mountain man era, between 1825-1845. They spoke about how learning about the past is the highlight of the experience.

They said the most interesting part is learning about the techniques and trades of the past and seeing all the goods that people have collected. Several in the group demonstrated bow and arrow shooting and tomahawk throwing.

But the greatest part, by far, is still the camaraderie.

“We are all very close out here,” says Walker. “People these days seem to forget what camaraderie is all about, and we need that connection between people, without all the conflict and disputes.”

Learn more about the Timberwolf on their Facebook page at https://www.facebook.com/groups/47933186523/