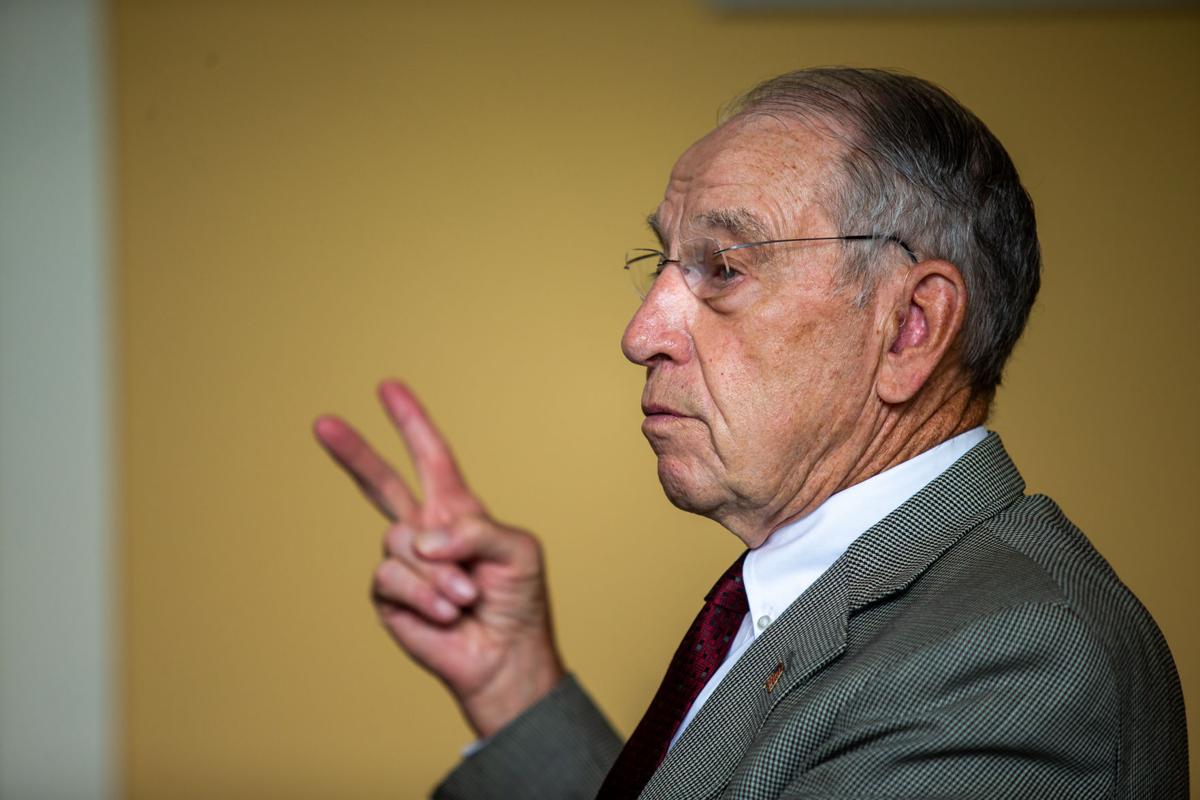 U.S. Sen. Chuck Grassley speaks with community leaders in Ottumwa on Thursday morning as part of a long list of stops in southeast Iowa this week. 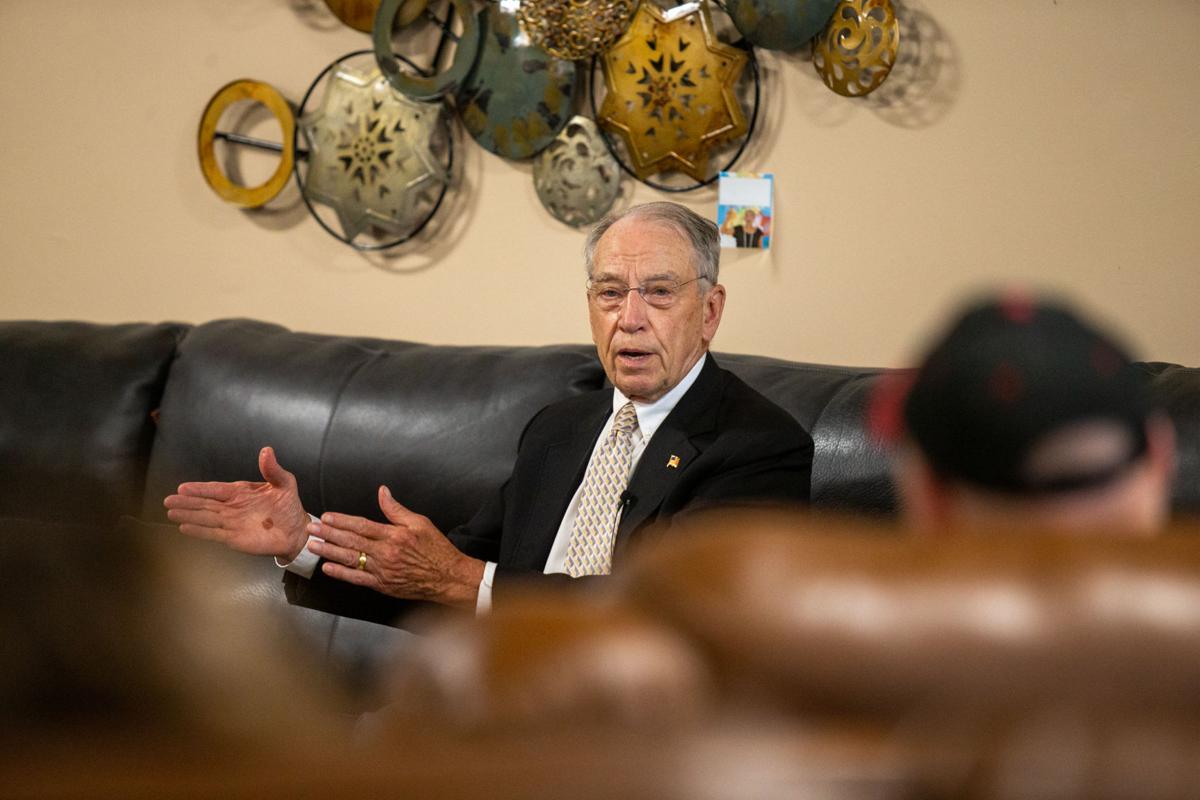 U.S. Sen. Chuck Grassley speaks with community leaders in Ottumwa on Thursday morning as part of a long list of stops in southeast Iowa this week.

OTTUMWA — U.S. Sen. Chuck Grassley is still looking to complete a "full Grassley" this year, despite challenges from COVID-19.

The Senator is known for visiting all 99 of Iowa's counties each year. He's completed the task for 39 consecutive years he said. By the end of this week he'll have visited 49 counties so far this year.

He has made several stops in southeast Iowa this week, including stops to nearby Ottumwa and Centerville, where spoke with residents and community leaders in invited settings.

In Centerville, Grassley heard from residents who wanted manufacturing to return to America.

Jesse Fagen, the owner of Southern Iowa Heating and Cooling that he started in 2014, said he’s having trouble ordeirng supplies as well. His business handles heating and cooling systems as the name implies, but recently opened a plumbing division, as well.

Fagen tries to work primarily with U.S.-manufactured items, but says as much as 40 percent of his products come from Mexico or China.

“The stuff that’s not [made in America], I can’t get right now,” Fagen told Grassley. “We have a shortage in our supplies because of what’s going on in the world. If stuff was more local it would have been less of a problem.”

Grassley said COVID-19 has taught the country the downfall of a supply chain sourced from outside the country, and primarily from one country in particular.

“It isn’t a very good thing to have your supply chain based in one country, particularly China,” Grassley said. “We’re talking about allowing expensing for companies that have been moved back from China.”

Dan Sales, owner and agent at Cook Insurance, asked whether the government is asking not to cancel insurance policies for nonpayment.

“We get … daily emails from insurance companies saying that they’re extending the cancelation protect up until October,” Sales said. “Unfortunately [our customers] don’t realize that even though they didn’t get a cancelation from their insurance company and their policy stays in force, if they don’t make that payment it [still] goes to collections.”

Grassley said it’s similar to calls to allow people to lapse in their rent or mortgage payments until the end of COVID-19.

“Where does it end?” Grassley said, signaling he didn’t want the protections to continue to be extended. “There’s no such thing as a free lunch,” referencing that landlords still have payments to make and the mortgages still need to be paid in full eventually.

Owen Byl, an incoming high school junior who says he wants to be a United States senator, was concerned with insurance protections for those with pre-existing conditions as another Supreme Court ruling is due on the constitutionality of the Affordable Care Act.

“It is no secret that the coronavirus can cause permanent damage to some of its [victims], creating an influx of citizens with pre-existing conditions,” Byl said, adding that he is a Type 1 diabetic.

“If the [Trump] administration continues to push to get rid of the Affordable Care Act, what will you do to make sure the pre-existing conditions clause is not forgotten in the new law?” Byl asked.

Grassley said he anticipates the U.S. Supreme Court, when they rule on the case that challenges the legality of the Affordable Care Act, will be decided 5-4. He predicts U.S. Supreme Court Chief Justice John Roberts will be the deciding vote to uphold the ACA as constitutional and will cite precedent in doing so.

In Ottumwa, local leaders told Grassley federal lawmakers messed up when they failed to include 501(c)(6) nonprofits as eligible for the Paycheck Protection Program loans.

Grassley said he heard that the nonprofits were left out of the legislation, but has caused issues and that the next CARES Act may address that. There is still $150 billion left in the PPP fund currently, which may help make the case.

Accessibility of child care, especially as schools weigh the possibility of whether they will have full attendance each day beginning this fall.

Garrett Ross, of the Ottumwa Family YMCA, said his organization is trying to be apart of addressing the town's childcare access issue. Because of the high cost, low-income families also face even more extended challenges. Workforce is a challenge to find individuals to provide childcare because of low wages.