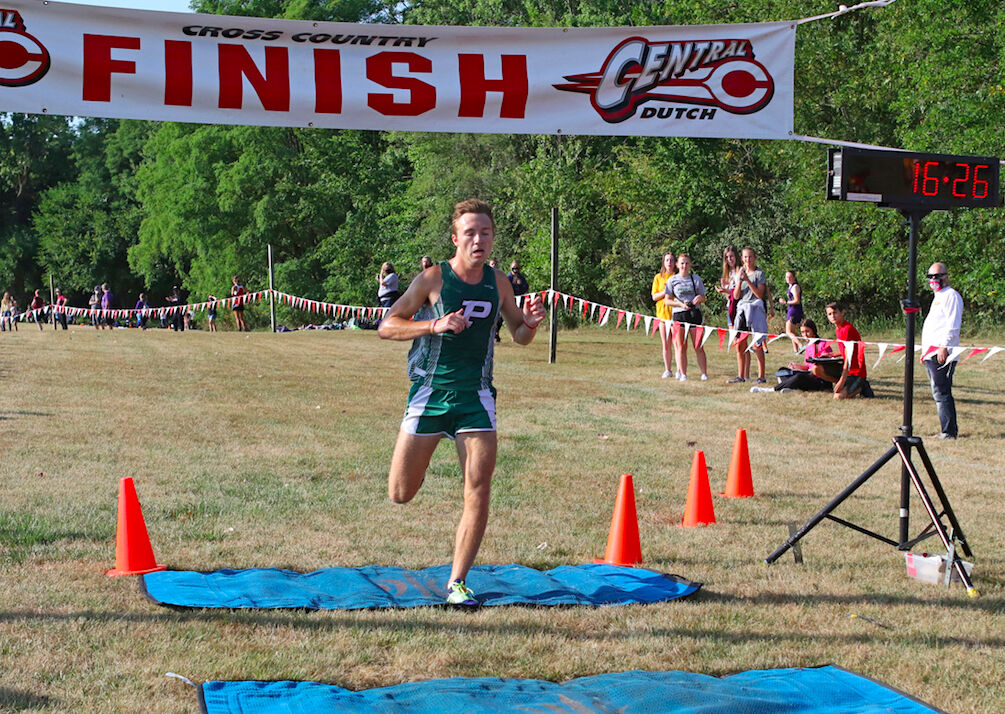 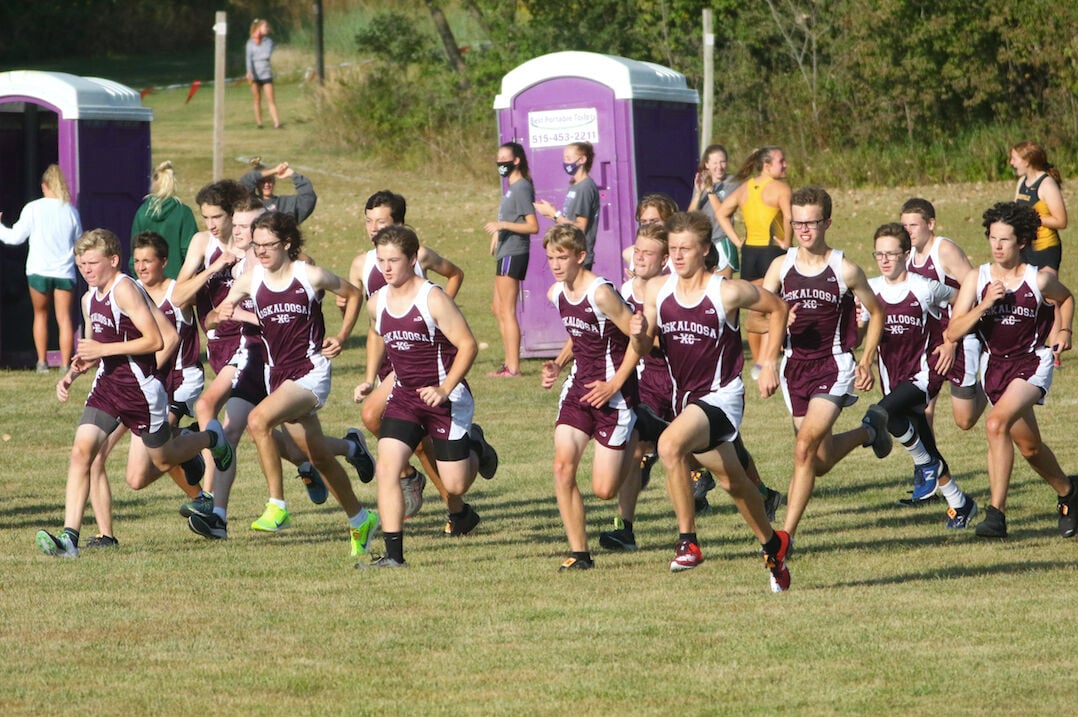 The Oskaloosa boys cross country team runs off the start of the Pella Invitational. 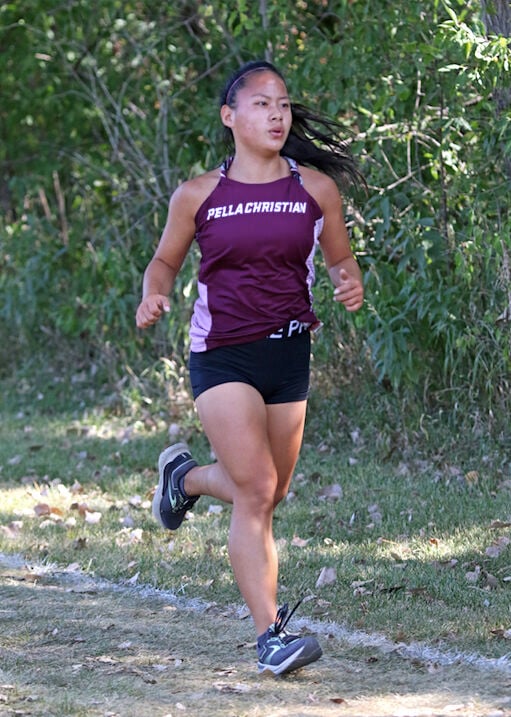 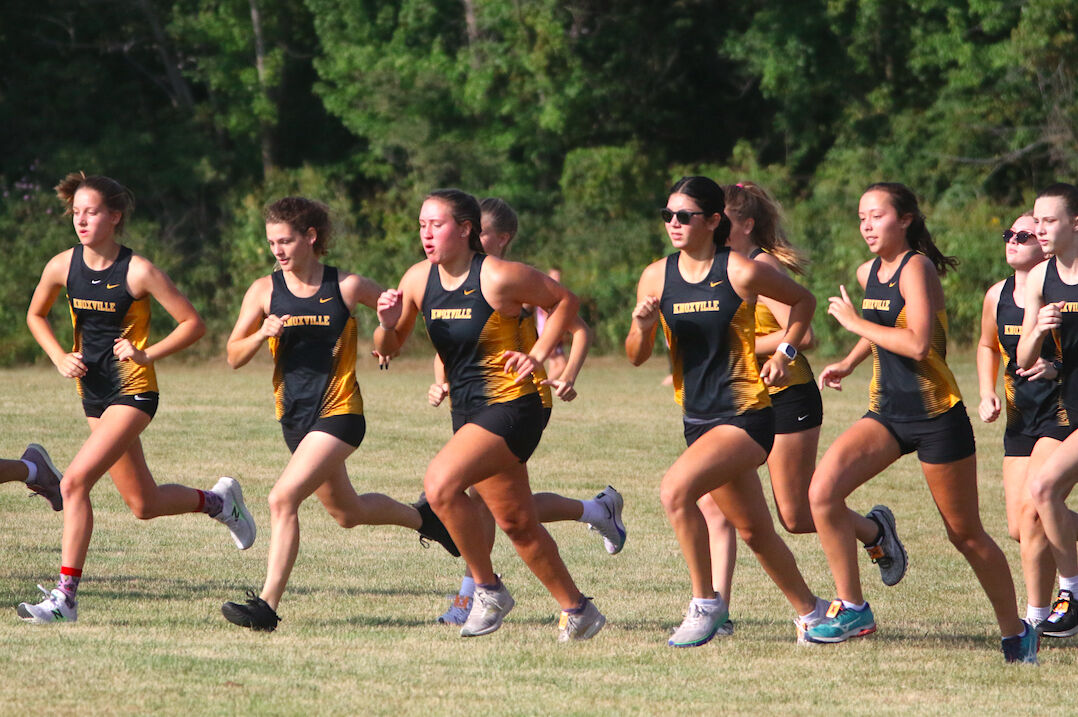 The Oskaloosa boys cross country team runs off the start of the Pella Invitational.

The big school boys would start the day off as the Norwalk boys would take first place as a team with 31 points with Pella (45 points) finishing behind them in second while Oskaloosa would take fifth with 149 points and Knoxville ninth with 262 points.

Despite the team finishing second, it was a Pella runner that finished far ahead of everyone else. Two meets, two Josiah Wittenberg victories as the Dutch junior ran a speedy 16:26 finishing 26 seconds ahead of second place.

For Oskaloosa, Patrick DeRonde finished 10th with a time of 17:21 despite fighting some illness during the week.

"I thought our boys ran really well,” Oskaloosa head coach Michael Comfort said. “We moved up a competitive notch where we are starting to beat some quality teams which was something that we lacked last year. I feel like this team has some good potential this year. Phillip Abrahamson and Aden Scott were key for us today as they helped close our gaps from last week. Patrick DeRonde finished in the top 10 despite not being 100% and Caden Ayala and William Leonard were rock solid for us. We also had big improvements from Reed Peterson, Elliott Adam, Ryan Walter, Jaison Anderson, and Elliot Nelson.”

The Knoxville boys were led by Max Purvis, who finished with a time of 19:02, good for 37th.

Norwalk would complete the sweep in the girls race, scoring 22 points after seeing six girls finish in the top 10.

Pella took second again as a team with 66 points while Oskaloosa finished seventh with 186 and Knoxville eighth with 205.

The Lady Dutch were led by another strong showing by Abigail Cutler, who finished second with a time of 21:03.

Oskaloosa was not at 100% but were able to get themselves a top 10 finish with Addi Carter finishing in said spot with a time of 22:06.

"Our girls were short handed today as we dealt with a number of injuries,” Comfort said. “Paiven Knoot and Morgan Drost were big for us today. Addi Carter had a nice improvement from last week too. I feel like if we can get everyone healthy then we can be a good team.”

The Knoxville girls all finished within about three minutes of each other. Natalie Collins led the pace by finishing 36th with a time of 24:04.

Pella Christian would run in the small schools races with the boys finishing fourth and the girls taking seventh.

Knoxville races at Grinnell on Tuesday, Pella Christian travels to Ames on Thursday, Oskaloosa hosts their home invitational on Tuesday, Sept. 15 and Pella won’t race again until Sept. 22 at Newton.