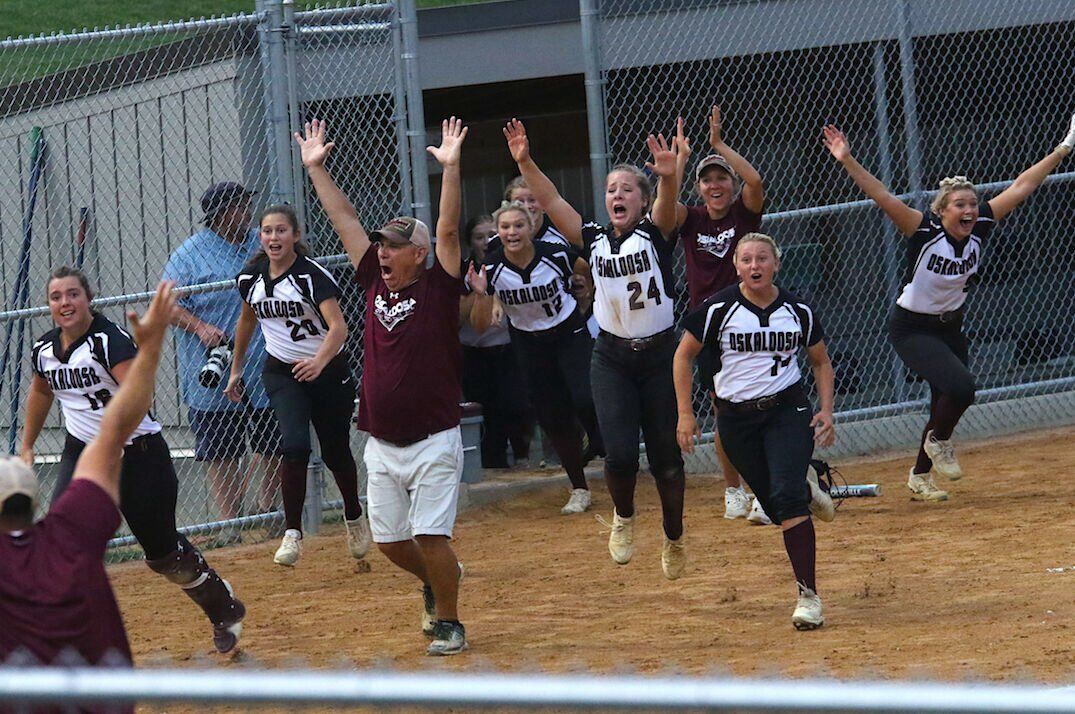 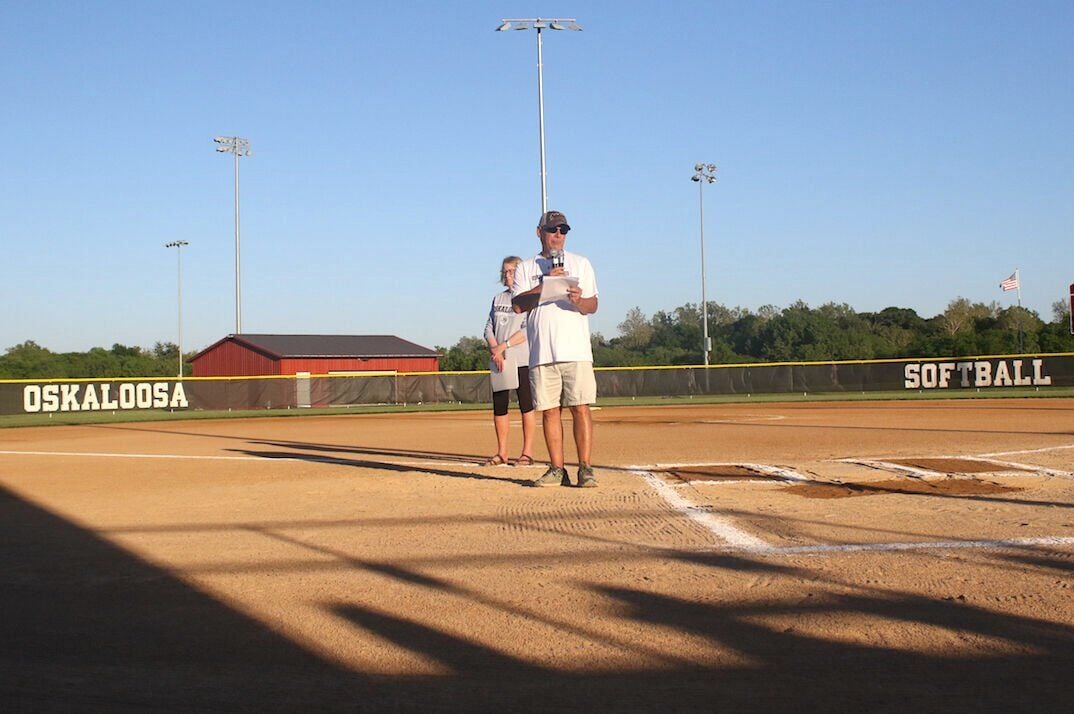 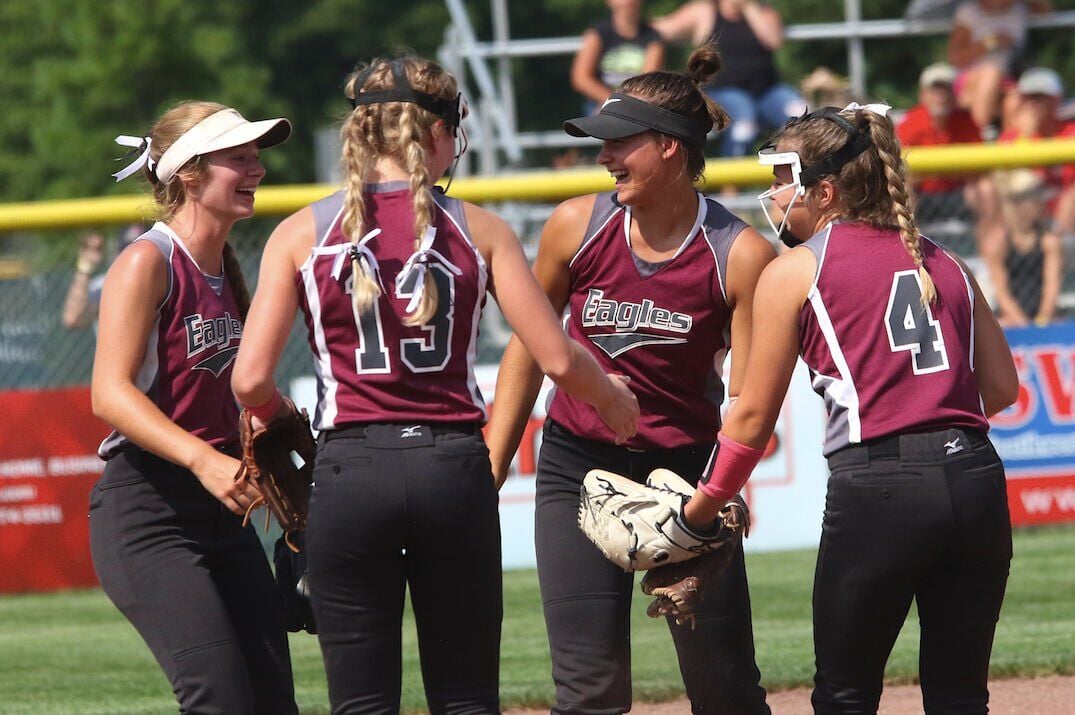 Pella Christian made their first state appearance since 1990 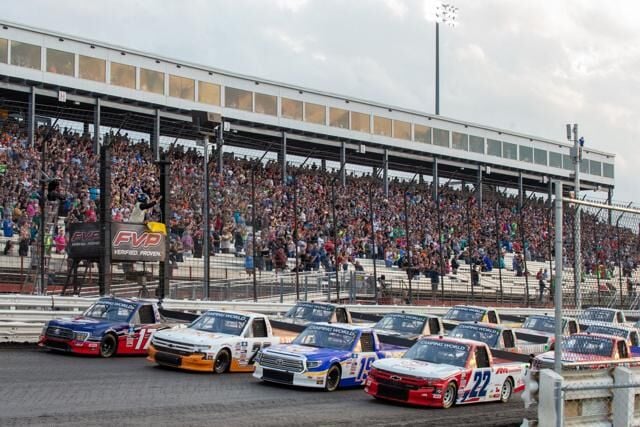 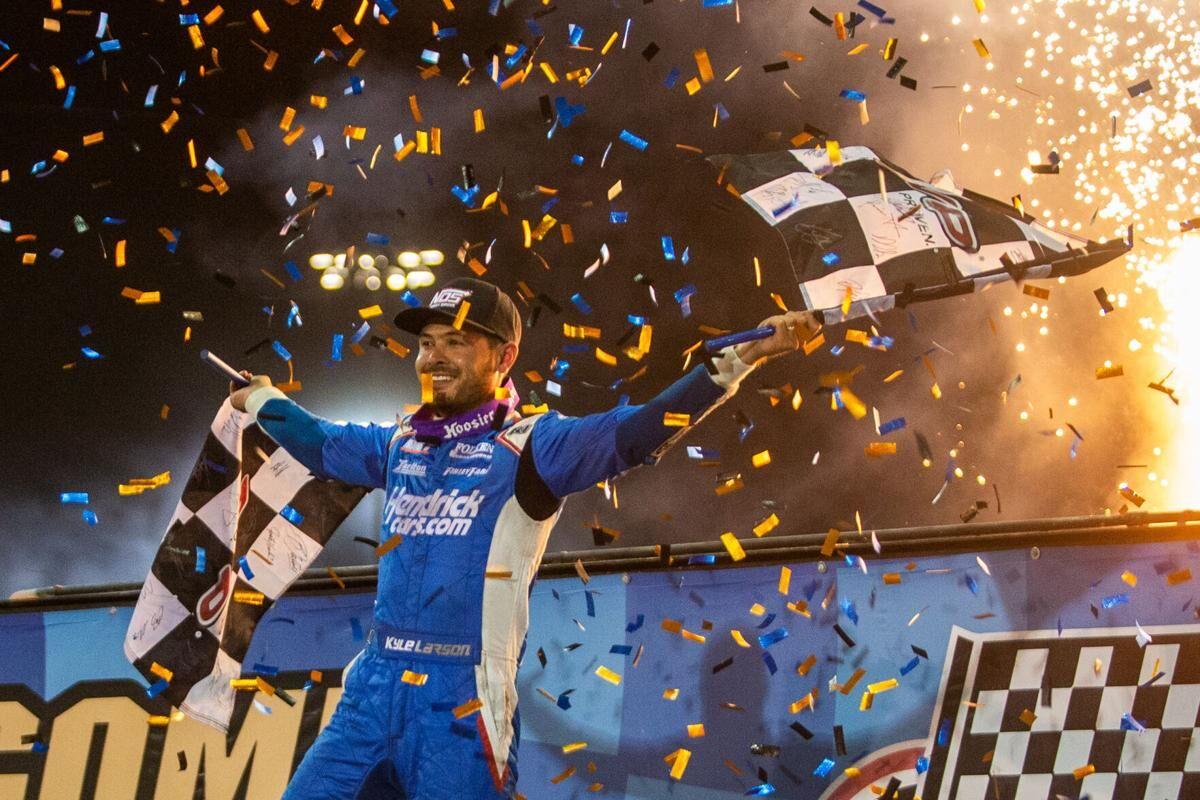 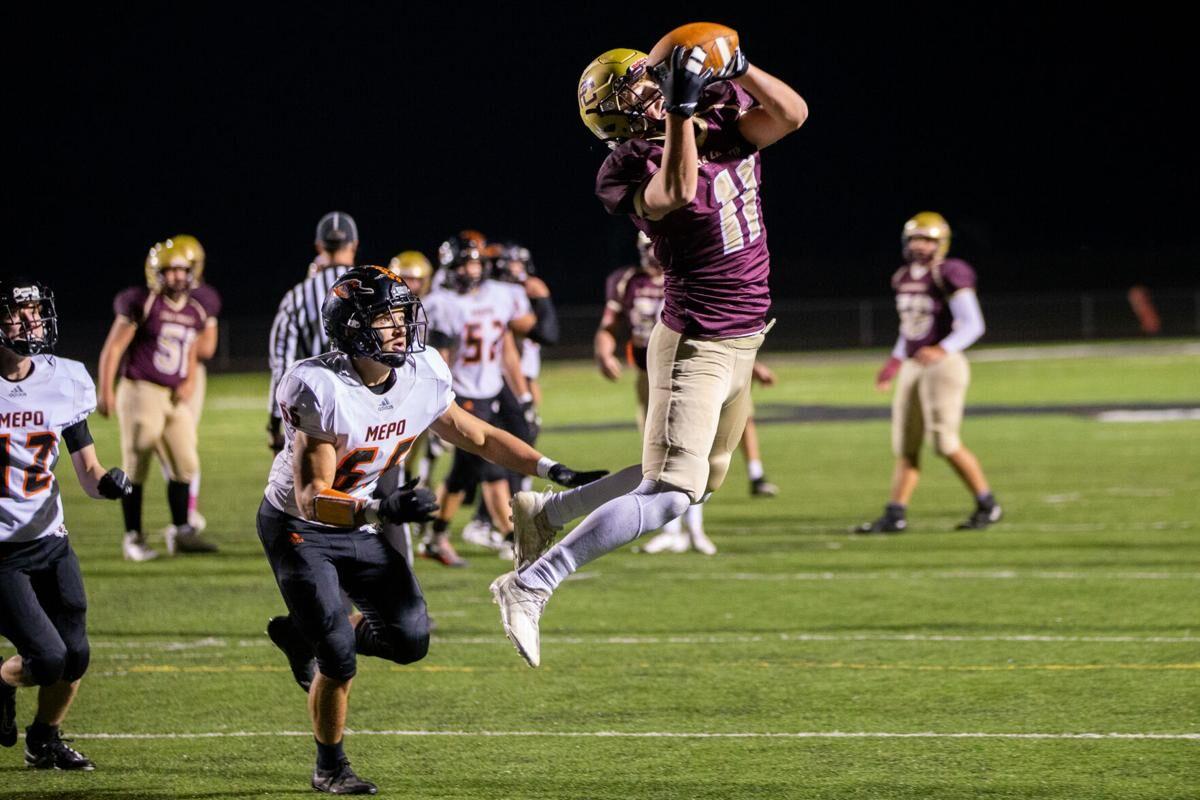 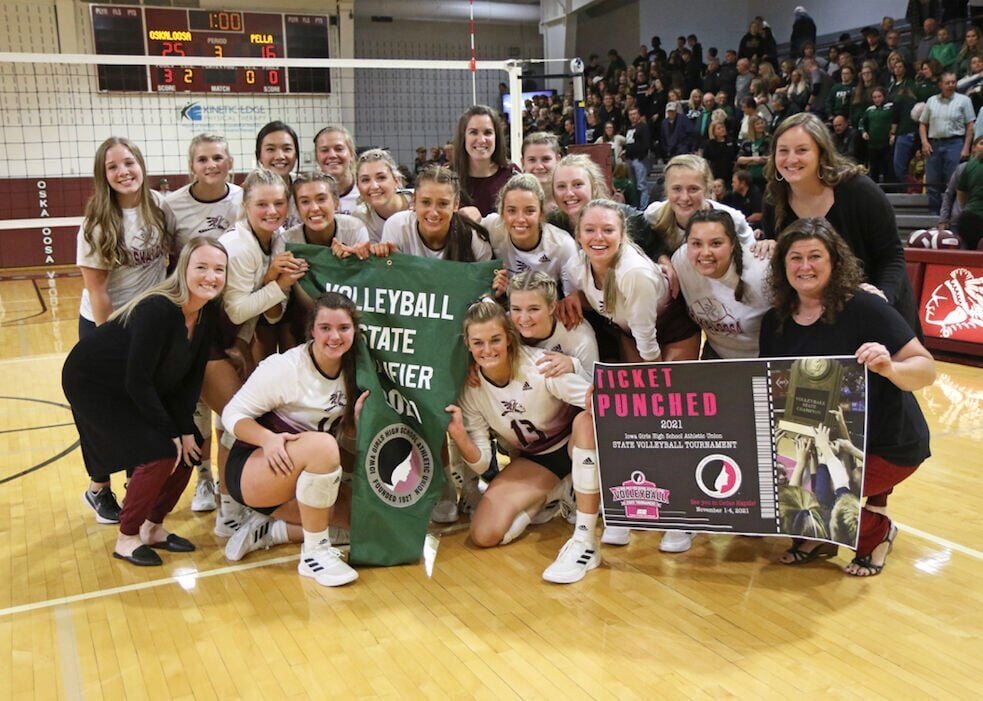 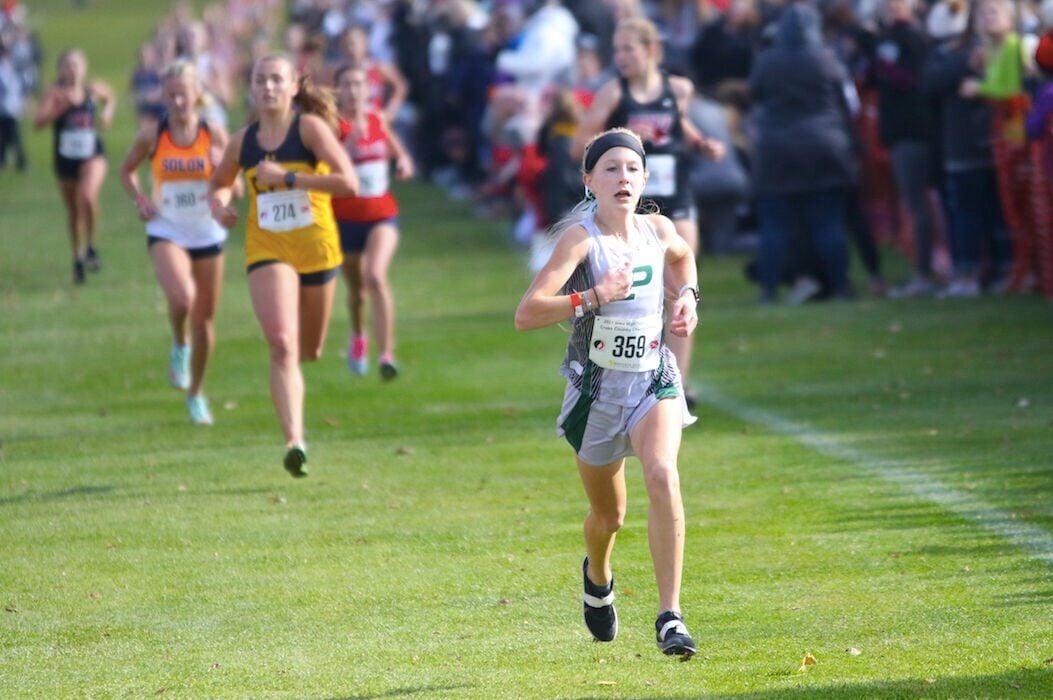 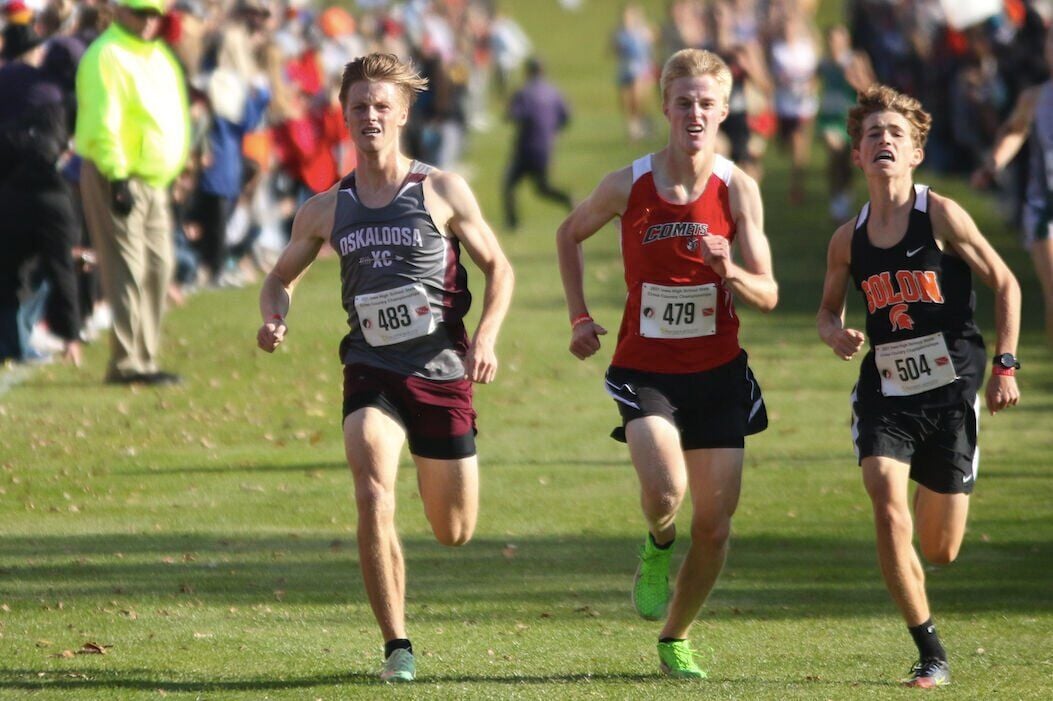 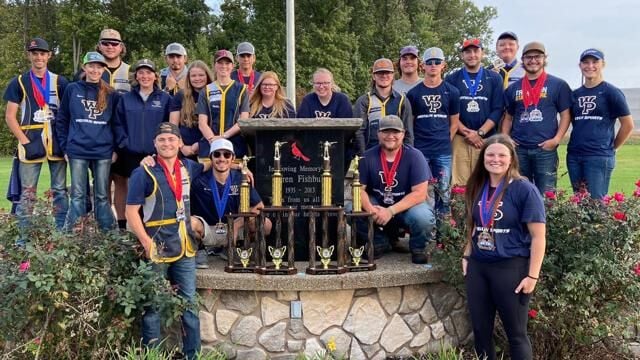 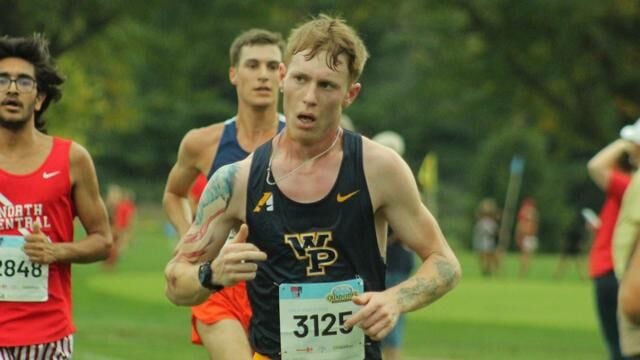 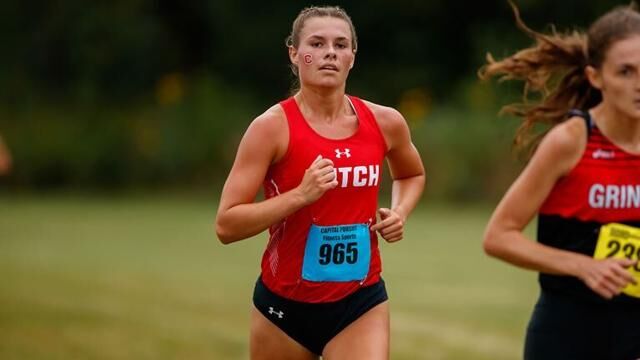 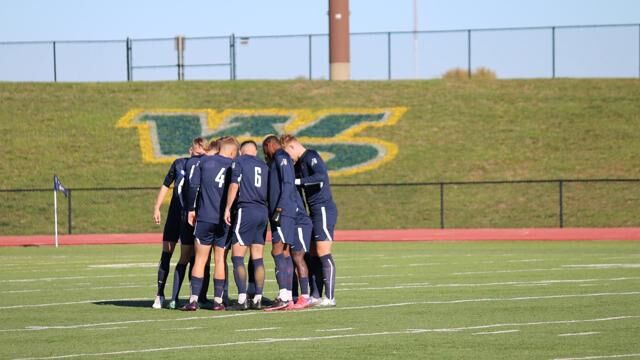 The Statesmen won their first nationals game in program history 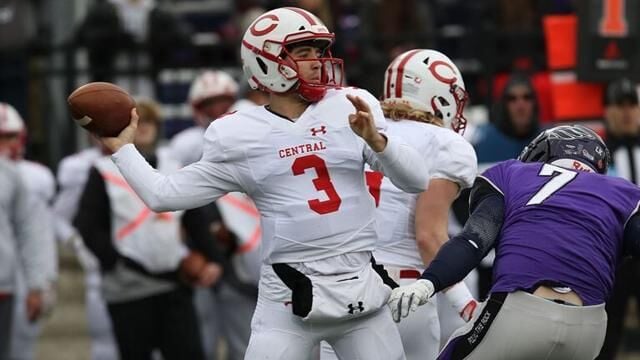 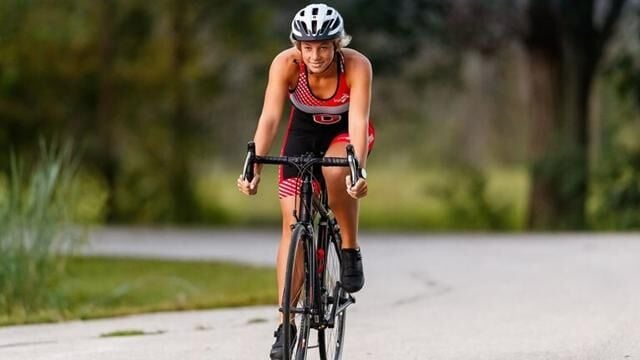 Pella Christian made their first state appearance since 1990

The Statesmen won their first nationals game in program history

OSKALOOSA — The sports scene was able to start getting back to what felt somewhat like normalcy in 2021. There were still many challenges and will continue to challenges of navigating a sports season during a pandemic but 2021 proved to be a year filled with excitement, state appearances and championships.

To finish off the year, let’s take a look back at some of the top sports moments in the area in 2021 in a two-part series as we take a look at part two and the second half of the year.

It was a big summer on the softball fields starting with Hall of Fame softball head coach Jay Harms getting the distinguished honor of having the high school field named after him. It’s not often you get to witness the history of a field being named after someone but it was a well deserved honor for the coach who brings over 40 years of coaching experience, over 900 career wins and a state title to boot.

The excitement for the Oskaloosa softball team didn’t stop there as they had a magical postseason run that included a thrilling two-day span. It started with a wild extra inning upset of then sixth-ranked Norwalk in Norwalk in the regional semifinals. The game saw fantastic defensive plays late in the game with the Indians eventually breaking through to win the thrilling 10-inning contest 3-2.

That set up a regional final home game against Benton for a shot at their fifth trip to state in school history. The game was the very next day after the long 10-inning upset into the late night at Norwalk but the thrills continued. The Indians found themselves trailing late in the game again but would come back to tie it in the sixth before Faith DeRonde would send everyone into a frenzy with her walk-off home run in the bottom of the seventh to send Osky to state. The Indians would nearly pull off the upset over top-seeded Winterset in the quarterfinals but would finish 0-2 at Fort Dodge.

Joining them at Fort Dodge was the Pella Christian softball team, who was making their first state appearance since head coach Karen Harrill went as a player in 1989 and 1990. The Eagles got a couple of thrilling walk-off wins late in the season but no win was bigger than their 12-5 regional final upset of No. 4 Van Meter to secure a spot at state. PC would go in as the eight seed and have to face top-seeded Wilton in the quarterfinals. The Eagles would lead 2-0 early but eventually fell 7-2 but they would bounce back with a consolation game win to end their season.

The summer also some history being made on the dirt track of Knoxville Raceway as the NASCAR Camping World Truck Series made their inaugural appearance in July. The race in the Sprint Car Capital of the World featured drivers who had never raced on dirt, some who had never raced in Knoxville and some who had never driven trucks. The night finished with 14 cautions, four overtimes and a massive 15-car pile-up before Austin Hill would eventually cross the line for the victory. NASCAR announced they will be returning to Knoxville on June 18 of 2022.

High school fall sports would then get underway in August as well with several teams finishing up their seasons at state.

The Pella Christian football team showed a lot of dominance on the gridiron including a 42-21 win in the opening round of the Class 1A football playoffs. The Eagles were then able to hang around with No. 5 Dike-New Hartford in the next round but eventually fell 35-14 and finish the season 8-2 but add a state participant trophy.

Meanwhile in the gym, the Oskaloosa and Pella volleyball were both have great seasons that saw them become co-Little Hawkeye Conference champions but it was the Indians winning the last two big meetings. First in the Little Hawkeye Conference Tournament title game and then in the regional finals. Osky would down Pella 3-0 (25-19, 26-24, 25-16) to clinch their first state berth since 2006 for head coach Jennifer Comfort, who had been through the ups and downs of the program that had six straight losing seasons from 2013-2019 before taking huge steps forward the pass three seasons capped off by a green banner in 2021.

As per usual, area athletes flocked to Fort Dodge for the state cross country meet this fall with runners from Oskaloosa, Pella, Pella Christian and Knoxville all making an appearance. Oskaloosa was led by Patrick De Ronde, who finished just short of a medal in 16th at 16:36 in his third trip to state. Sage Adam also ran for the Indians in her first appearance to state. The senior would finish 98th with her time of 21:26.

The Pella boys finished fourth as a team for a second straight season while Josiah Wittenberg paced them in 17th at 16:39. The Lady Dutch sent two runners to state with freshman Raegan Snieder impressing with her sixth place finish at 19:27 to earn a medal.

The Pella Christian boys were making their first appearance as a team since 2010 and would take fifth with Kaden Van Wyngarden finishing 25th at 17:25. The PC girls sent two individuals with Jaclyn Holmes finishing 35th with a time of 21:15. Knoxville sent Seth Walraven for a second straight year as he finished 78th at 17:51.

The area college scene also saw a lot of success on a national level.

The William Penn shotgun sports teams competed in their first ever national event at the SCTP Nationals in October where they would finish second as a team while winning three disciplines.

Vernon Trozzi was William Penn’s lone representative at the NAIA Cross Country National Championships, finishing 263rd with a time of 28:18. Central sent three runners to compete at the NCAA Division III Cross Country Championships with Caleb Silver finishing 89th for the men at 24:44 while former Pella runner Caroline McMartin took 118th in the women’s race at 23:34.

The Statesmen’s men’s soccer team earned their first win at nationals in program history with a 3-1 win over No. 16 Milligan in the opening round of the national tournament. William Penn would then fall 2-0 to No. 9 Indiana Tech and would finish with a 13-8 mark with five wins against ranked opponents.

It was a heck of a season for the Central football team. As a squad, Central was able to advance to the national quarterfinals before falling 51-21 to No. 3 Wisconsin-Whitewater to finish the year 12-1. Individually, quarterback Blaine Hawkins caught national headlines for throwing the most touchdowns in a season in NCAA history with 63. Hawkins, who completed 70.7% of his passes for 4,475 yards, would later win the Gagliardi Trophy as the nation’s most outstanding NCAA Division III football player.

Cheers to an exciting 2021 of sports and here’s to what should be another fun year of sports in 2022.