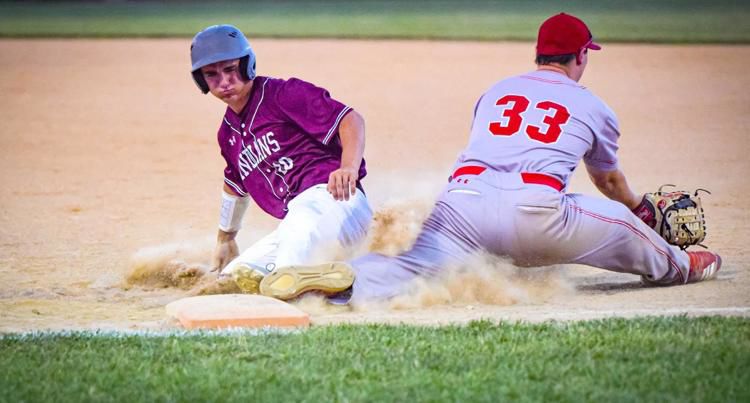 Oskaloosa’s Tyler Miller (left) slides safely back to first base during last year’s game with Carlisle. 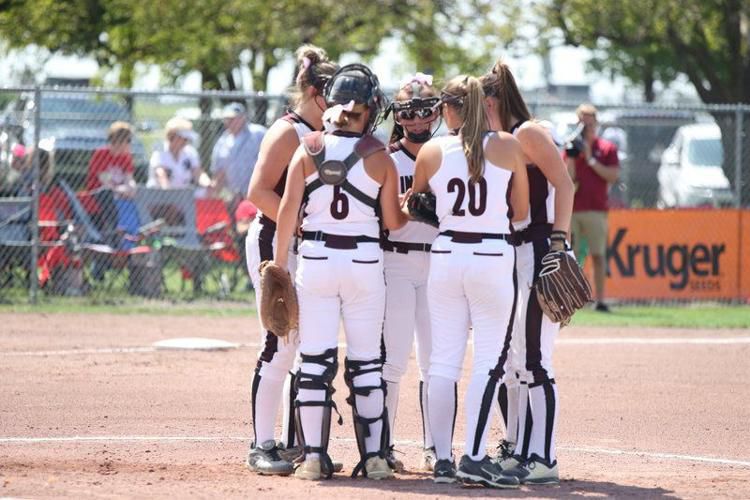 Members of the Oskaloosa softball team gather prior to the start of an inning against North Scott at the state tournament in Fort Dodge.

Oskaloosa’s Tyler Miller (left) slides safely back to first base during last year’s game with Carlisle.

Members of the Oskaloosa softball team gather prior to the start of an inning against North Scott at the state tournament in Fort Dodge.

With June and the return of high school baseball and softball rapidly approaching, the Iowa High School Athletic Association (IHSAA) and the Iowa Girls High School Athletic Union (IGHSAU) recently released a series of FAQs that provides more information on how schools, coaches and athletes will be playing safe this summer.

It will be the decision of each local school district to determine if they can safely conduct a baseball and/or softball season. Schools need to declare if they will play by June 8.

Guidance about how student-athletes will be transported to away contests is expected to come from the Department of Education sometime this week.

Softball’s postseason will begin with regionals starting on July 13 before state competition running from July 27-July 31.

Baseball’s postseason will start on July 9 with state running from July 24-Aug. 1.

Here are some of the other highlights in how you can expect this summer to operate:

• No middle school baseball or softball.

• Schools can decide to cancel their season at any time due to the concern of COVID-19 cases.

• If the Department of Public Health advises either school that the game is not to be played, it is considered a “no contest.” If they choose on their own to not play the contest, the game will be considered a forfeit.

• Practices should conduct in “pods” of the same 5-10 students working out together to limit exposure if someone develops an infection.

• Dugouts are permitted during games only, otherwise players should be spread out as much as possible.

• The only people allowed in dugouts are players, coaches, trainers and umpires.

• Parents must remain in their cars or drop off and pick up players after practice.

• Schools must limit use of bleachers for fans but can encourage them bringing chairs and practicing social distancing between other fans.

• No concession stands are permitted.

• No handshakes after games. Teams can acknowledge opponents with a tip of the hat or other appropriate non-contact measures.

• Masks are not required but are allowed among players, coaches and spectators.

• Players should use their own batting helmet, bat and catcher’s equipment as much as possible.

• Coaches must sanitize shared equipment before and after each game.

• Sanitizers should be used as much as possible during the game.

• No shared drinking fountains, water stations or coolers may be used. Players should bring their own water/beverage to games.

• Pitch count rules will stay the same in baseball.

• Athletic directors and conferences will determine their schedules for the regular season.