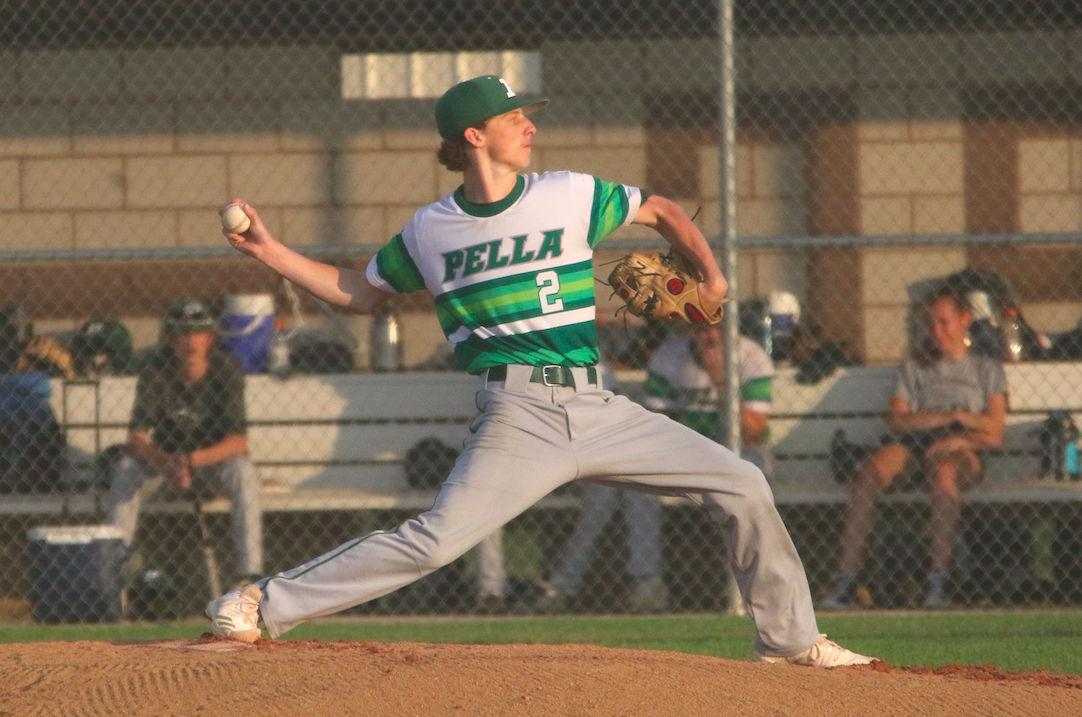 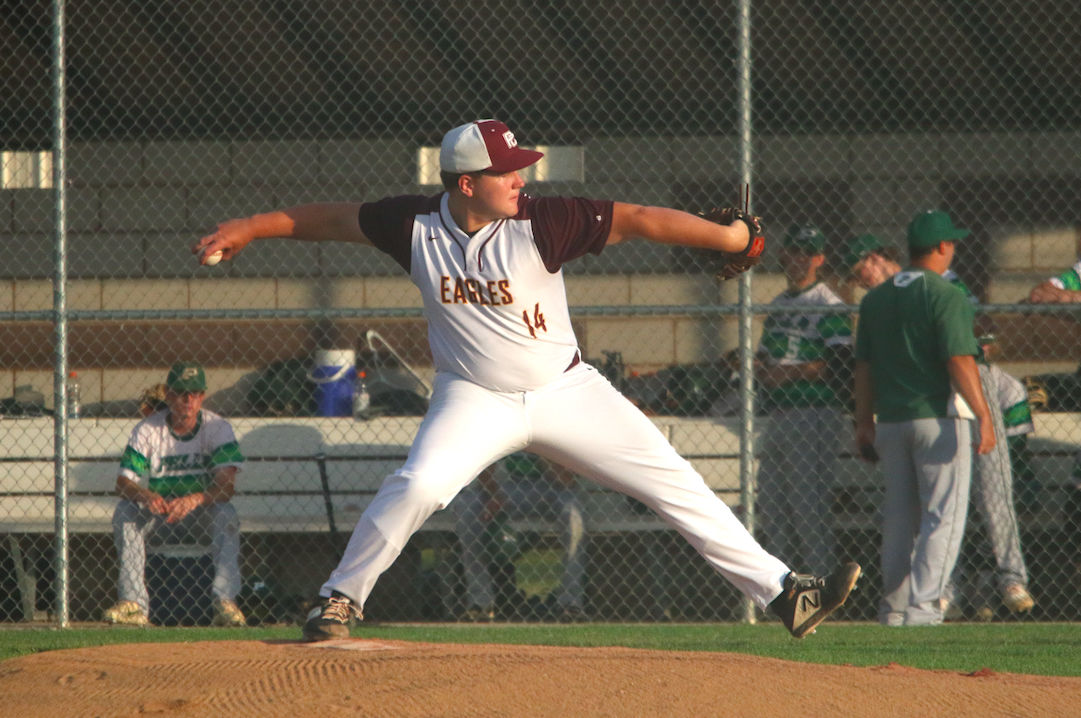 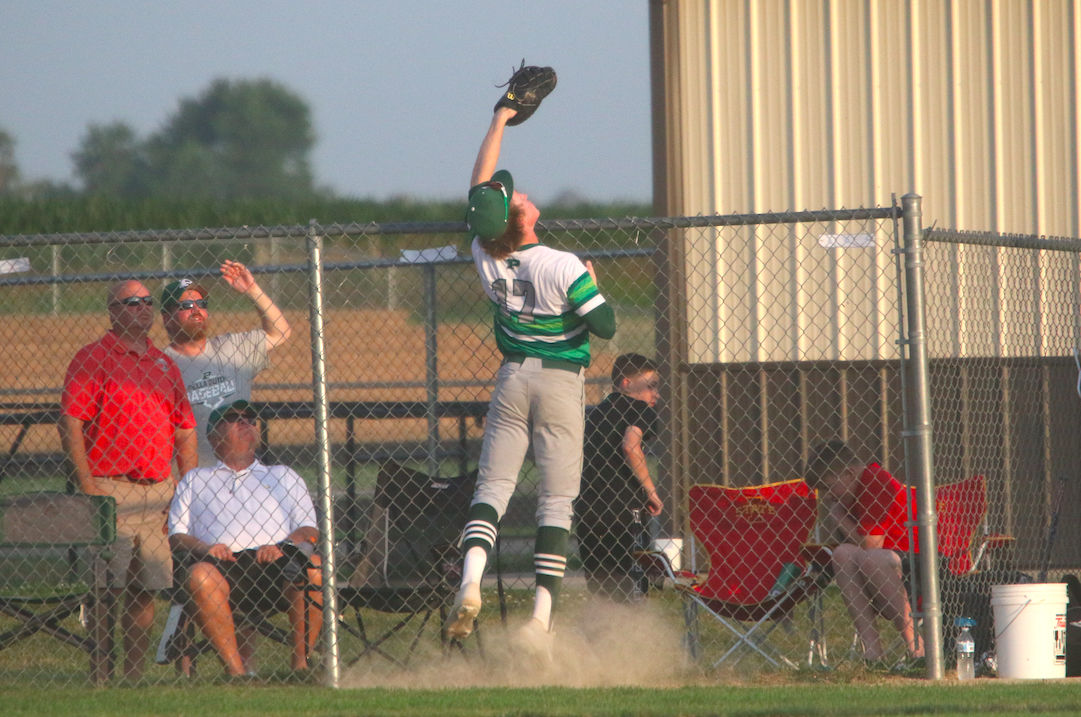 Pella's Jason Knox jumps at the fence for a foul ball. 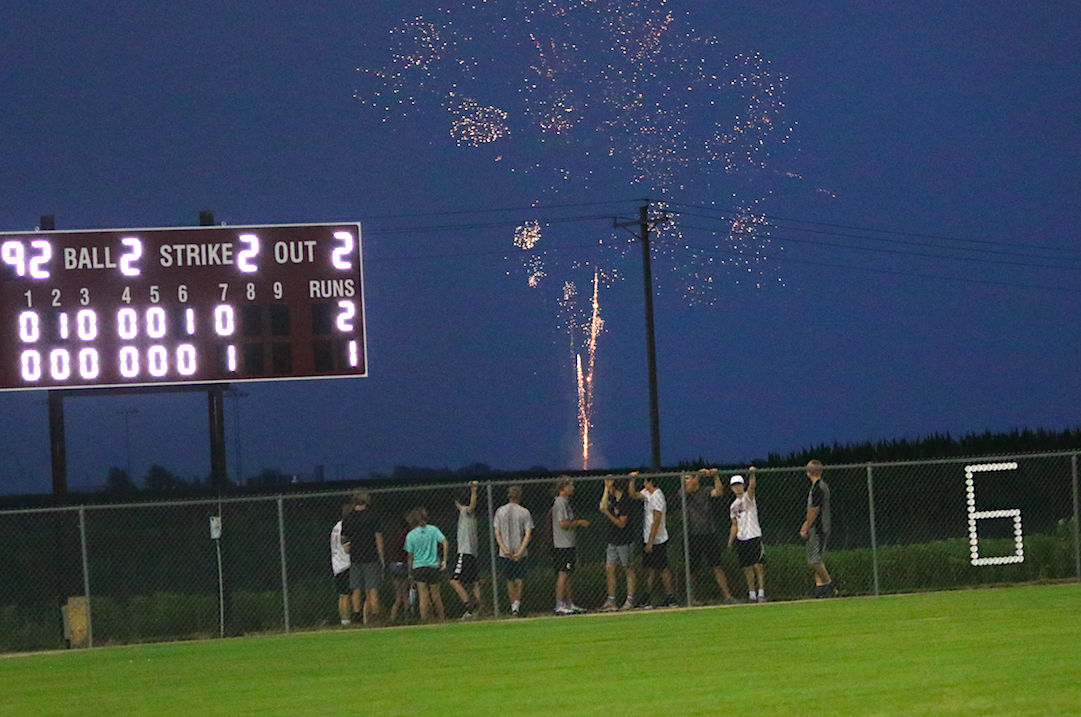 Spectators watch as fireworks go off in the distance.

Pella's Jason Knox jumps at the fence for a foul ball.

Spectators watch as fireworks go off in the distance.

PELLA — On the eve of the Fourth of July, there weren’t many fireworks provided from the bats of Pella or Pella Christian. Instead, it was the pitchers stealing the show as the Dutch would edge their rivals the Eagles by a score of 2-1 on Friday.

Pella’s Tanner Dunsbergen and Pella Christian’s Devin Haveman were both locked in as neither was willing to budge against their crosstown rival.

The Dutch would take advantage of a pair of Eagle miscues in the field with Aidan Pollock getting on due to an error and then later scoring on an error to put Pella ahead 1-0 in the second inning.

Haveman would find a grove in the middle innings before Pella would strike again in the sixth. Pella’s Drew Hillman would get plunked by Haveman to get on base with one out. Kaden Lyle, who was curtesy running for Hillman, advance to second on a Nick DeJong single before coming around to score on a Jason Knox RBI single up the middle to go up 2-0.

Meanwhile, Dunsbergen was having a night for the Dutch, allowing just one hit through six innings.

With Dunsbergen’s pitch count starting to creep closer to 100, Pella Christian was looking to rally in the bottom of the seventh.

Dunsbergen’s retired the first two batters he faced but Kyle Branderhorst’s single would start a two-out rally. The game looked to be over on a fly ball to center field but Pollock would overrun it, allowing the runner to score from second and cut Pella’s lead to one.

Stone Turner then followed up with a single to put runners on the corners with two outs.

The Dutch would elect to go to the bullpen, bringing in Clayton Cummings to take on Jack Vermeer, Pella Christian’s leading RBI getter.

Cummings would come through in the big moment, striking out Vermeer swinging to end the game and save the win for the Dutch as fireworks would go off in the distance from people starting the celebration of the Fourth of July weekend.

Dunsbergen would pitch 6 2/3 innings for Pella, giving up one unearned run on three hits with one walk and eight strikeouts.

His counterpart, Haveman, equally had a lot of success, pitching all seven innings while giving up two runs, one earned, on six hits with one walk and 10 strikeouts.