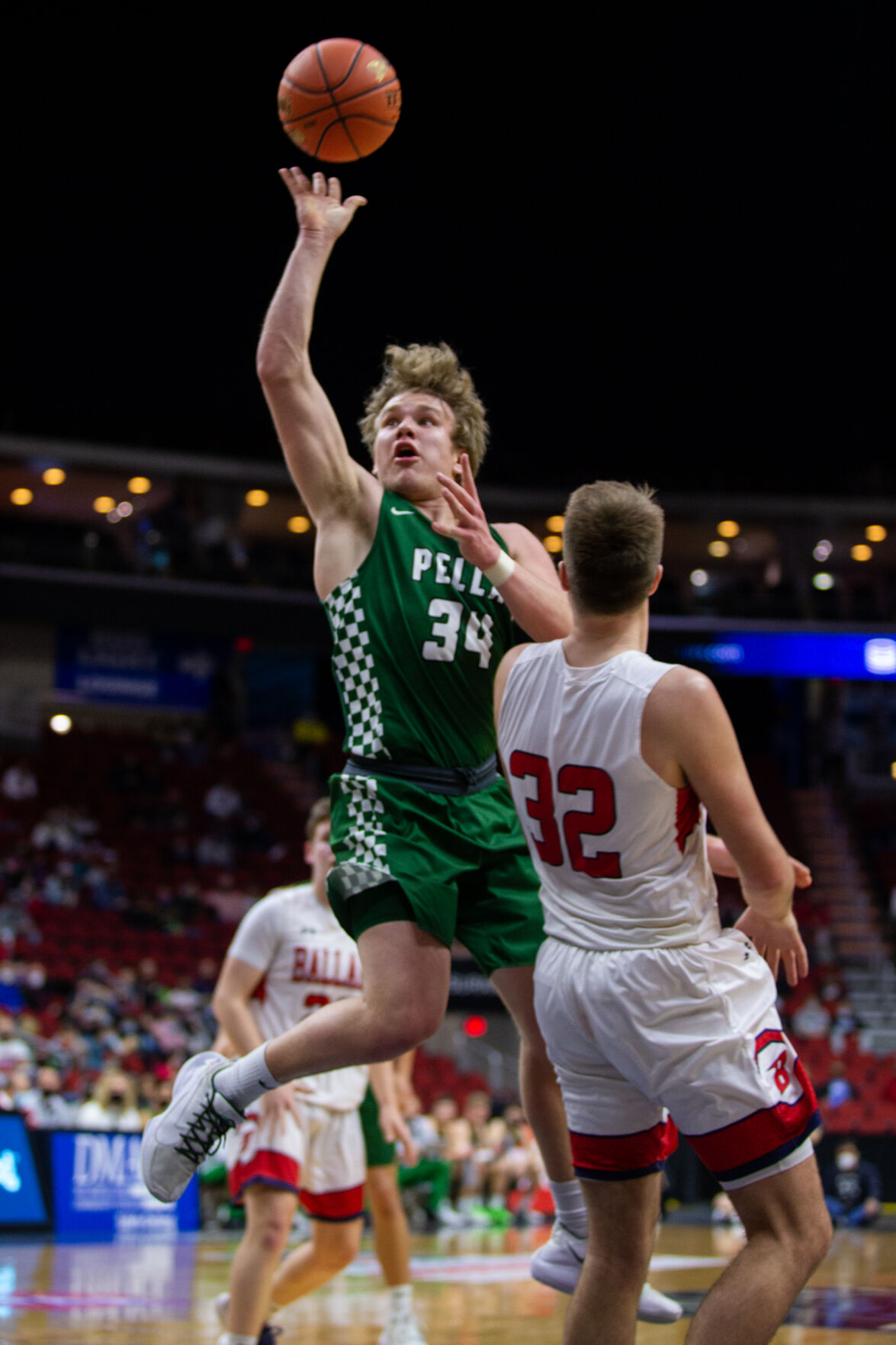 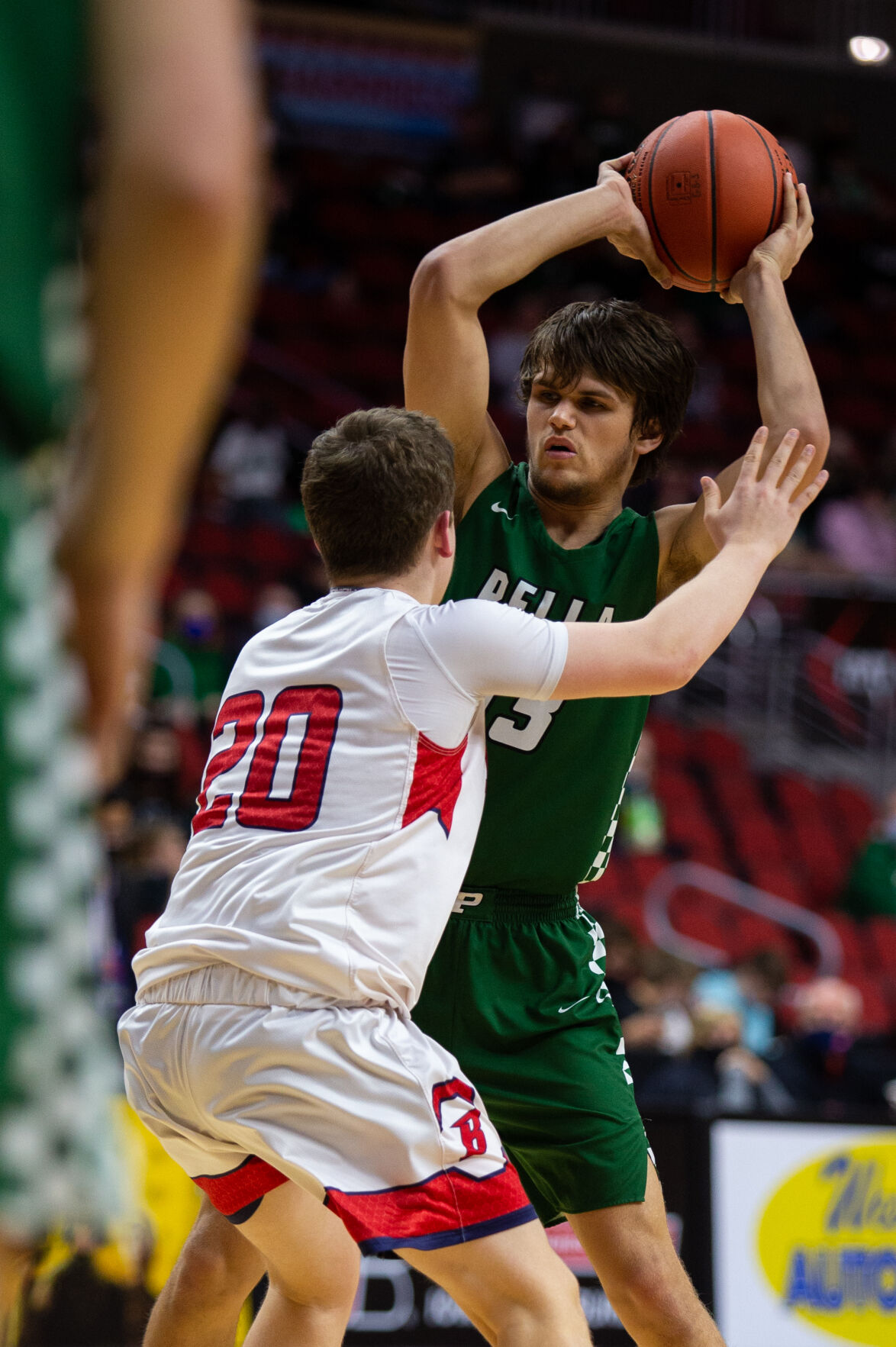 Pella's Karl Miller (13) looks a pass over his defender against Ballard. 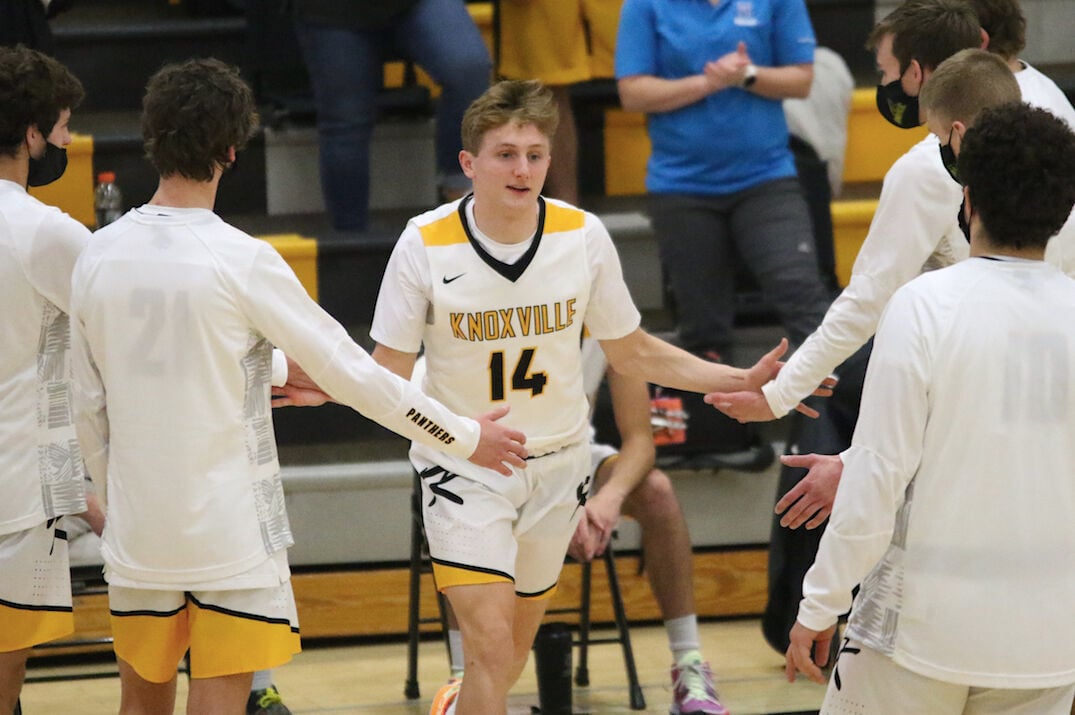 Knoxville's Kieren Nichols (14) is introduced before a game.

Pella's Karl Miller (13) looks a pass over his defender against Ballard.

Knoxville's Kieren Nichols (14) is introduced before a game.

DES MOINES — The Iowa Print Sports Writers Association (IPSWA) announced the 2021 boys basketball all-state teams on Tuesday. Pella’s Grant Nelson and Karl Miller were amongst those selected in Class 3A after leading the Dutch to the title. Nelson was a first team selection while Miller got the second team nod. Knoxville’s Kieren Nichols also made the second team in 3A.

Miller, a junior, was another lights-out shooter for the Dutch this year. He would average 15.7 points per game on 50% shooting from the field and 42.5% from beyond the arc and 66.7% from the charity stripe to go with 5.8 rebounds, 2.6 assists and 1.2 steals per game. He was also an all-tournament selection in 3A.

Nichols, a senior, was first team selection a year ago for Knoxville. He continued his dominant scoring ways this season, finishing fifth in 3A at 19.8 points per game while shooting 46.2% from the floor, 32.3% from deep and 68.3% from the line to go with 2.9 rebounds, 4.5 assists and 1.7 steals.

DeVries is a Drake University commit, where he’ll play for his father and Drake head coach Darian DeVries. He selected Drake over Creighton, Iowa State and Oregon.

On a Waukee Warriors team that won its first state title this year and featured three other Division I recruits, DeVries led scoring this season with 18.5 points per game while also averaging 6.6 rebounds per game and 5.6 assists per game. He ended his career with 1,092 points for the Warriors in 67 total games.

“Tucker DeVries represents all that is good about Iowa high school basketball,” Waukee head coach Justin Ohl said. “He is a fierce competitor, tremendous leader and talented player. Tucker’s shot making ability and overall skill set are a result of the countless hours he has put in over the course of his high school career.”

The Iowa Print Sports Writers Association was founded in February 2018 to carry on the tradition of newspapers selecting all-state teams for Iowa high school sports.