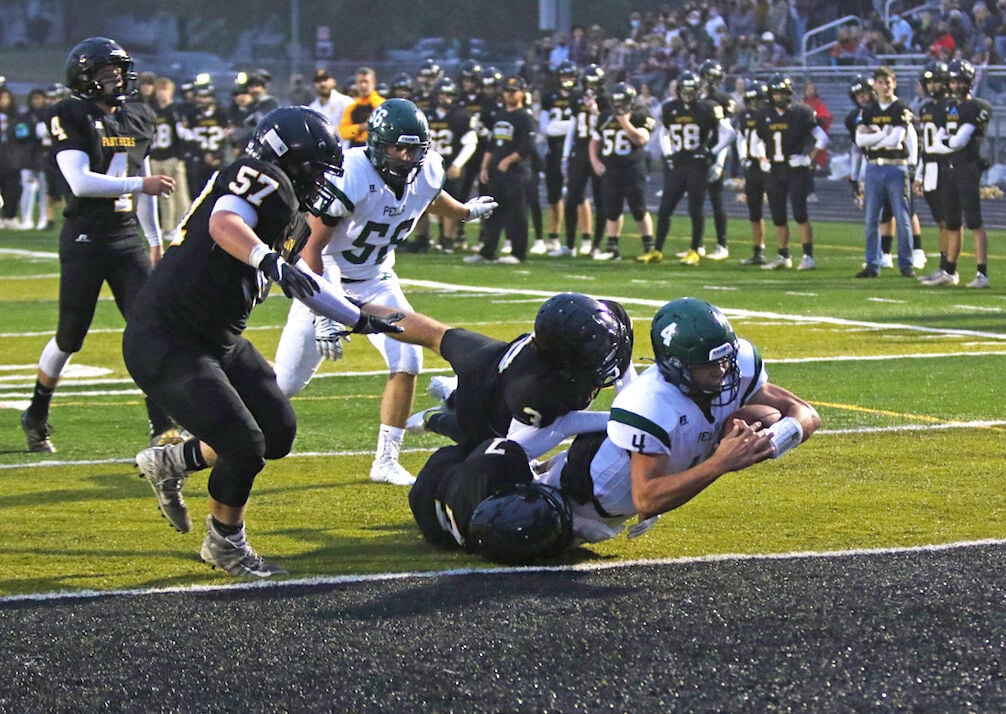 Pella's Ryan Mace extends into the end zone for a touchdown. 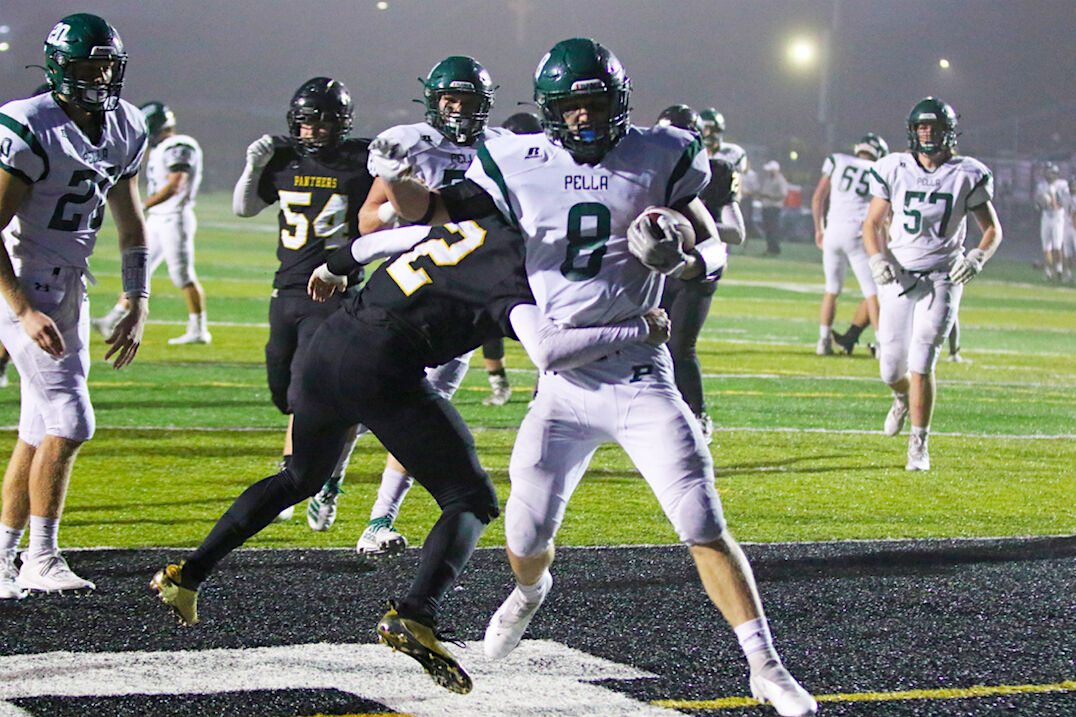 Pella's Nolan Clayberg (8) runs for a touchdown against Knoxville. 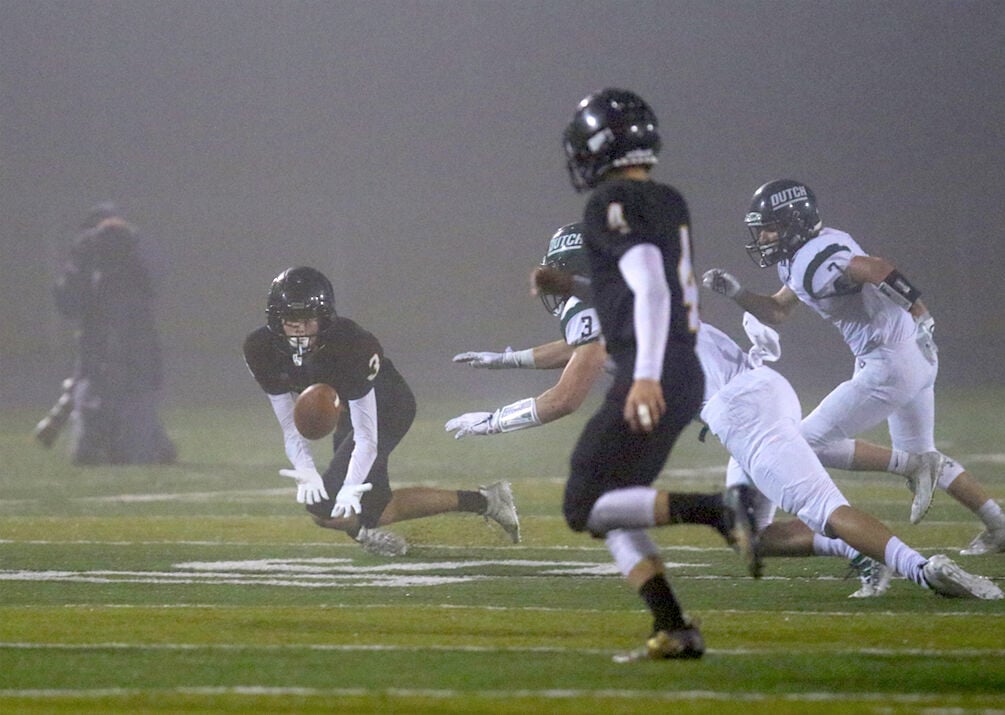 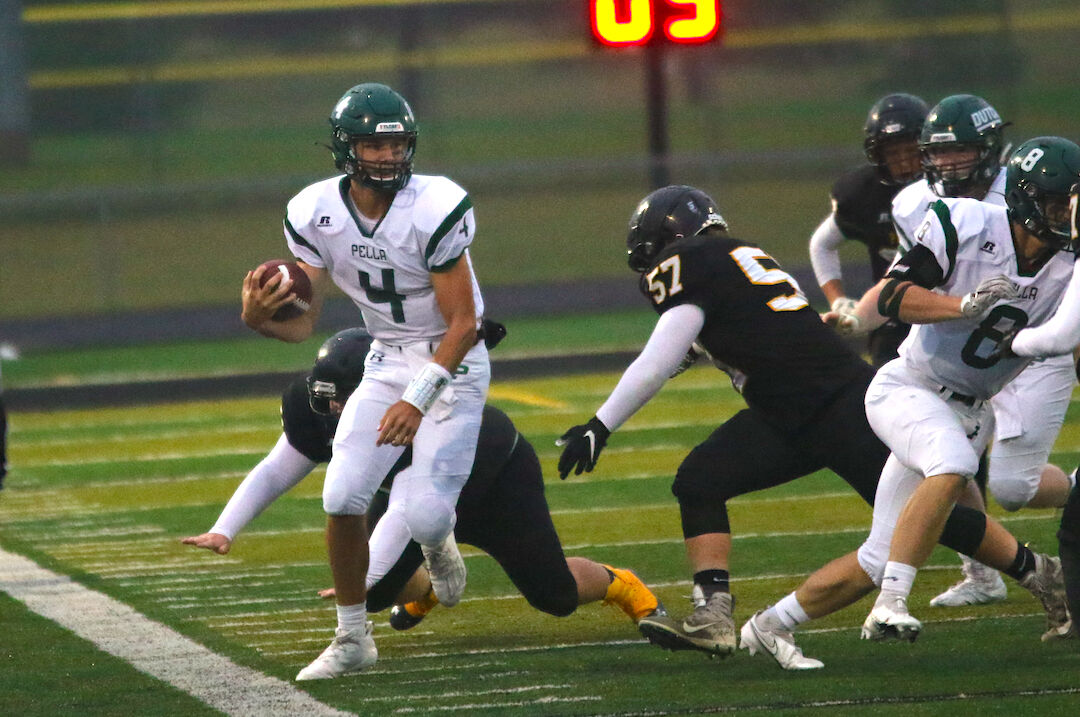 Pella's Ryan Mace extends into the end zone for a touchdown.

Pella's Nolan Clayberg (8) runs for a touchdown against Knoxville.

PELLA — It was suppose to be a home game for Knoxville, but with rain falling all week long, the game was moved from Knoxville’s natural grass to Pella’s artificial turf. The Dutch had little problems on the humid, foggy night as they picked up their first win of the season, using a big first half on their way to a 42-7 win over the Panthers.

“We wanted to come out tonight and learn from those first two games and play at a high level,” Pella head coach Jay McKinstrey said. “Certainly it felt good to play well, have some good things go our way and come away with a win.”

The scoring started midway through the first quarter as Pella would start on their own 29 after a fantastic Knoxville punt flipped the field position.

After a Nolan Clayberg run started the drive, Pella found a play that worked and they went to it four times in a row with quarterback Ryan Mace running off the left tackle. Mace had runs of 25, 11, 15 and 12 yards on his way to the endzone to open up the scoring and put Pella ahead 7-0.

Rain began to fall as it did on and off all night and it would hurt Knoxville as a fumbled snap saw Pella’s Kody Huisman jump on the ball and get it back for the Dutch on the Panther 18 yard line.

Just three plays later Pella would once again find the endzone with Clayberg smashing up the middle for the one-yard score to make it 14-0 after the first quarter.

Pella added to their lead early in the second quarter, going back to the bread and butter play of the night with Mace running left again for 29 yards and his second score of the game.

A Knoxville three-and-out and just two offensive plays by the Dutch saw Clayberg scoring on the ground for the second time, this time from 12 yards out.

Pella added two more scores in the quarter, both courtesy of Kenson Fuller on one and two-yard touchdown runs to make it a running clock for Pella, who enjoyed a 42-0 lead going into the break thanks to six rushing touchdowns.

Pella, who struggled the first two weeks on the ground, would run for 241 yards on the ground with Mace, Clayberg and Fuller each scoring a pair of touchdowns. The Dutch averaged 7.3 yards per carry while Mace led the way with 103 yards on eight carries while completing five of his seven passes for 72 yards.

“That’s one thing we wanted to do this week,” McKinstrey said. “We worked hard on our running game to improve it and it was good to see Ryan run well and get the running backs the ball and that was one of our emphasis this week to try and create opportunities for our running game to be successful.”

It was a quick second half as Pella would empty their bench.

Knoxville was about to put together some positive drives that a couple of electrifying runs by quarterback Kieran Nichols. Nichols would break up the shutout with 4:32 left in the fourth quarter on a one-yard touchdown run after having a 36-yard run two plays before.

Nichols impressed the long-time Pella coach as he finished with 86 rushing yards on the night.

“Nichols is an extremely good athlete, very elusive,” McKinstrey said. “He can be creative and extend plays and we tried to do some things to keep him from getting outside because the minute he breaks contain, look out.”

The touchdown made it 42-7 which would hold as the final.

It was a tough night for the Knoxville offense against a hard-nosed Pella defense. The Panthers would be held to 17 yards passing and 110 total yards with two turnovers. After rushing for 116 yards last week, the Dutch made sure Gavin Montalvo would not repeat that performance as he was held to -3 yards on seven carries.

“We were excited that our guys played well tonight and we were able to get a lot of guys in the game and give guys an opportunity that have been practicing for six weeks,” McKinstrey said. “It was neat to be able to get them on the field and give them opportunities to play on a Friday night.”