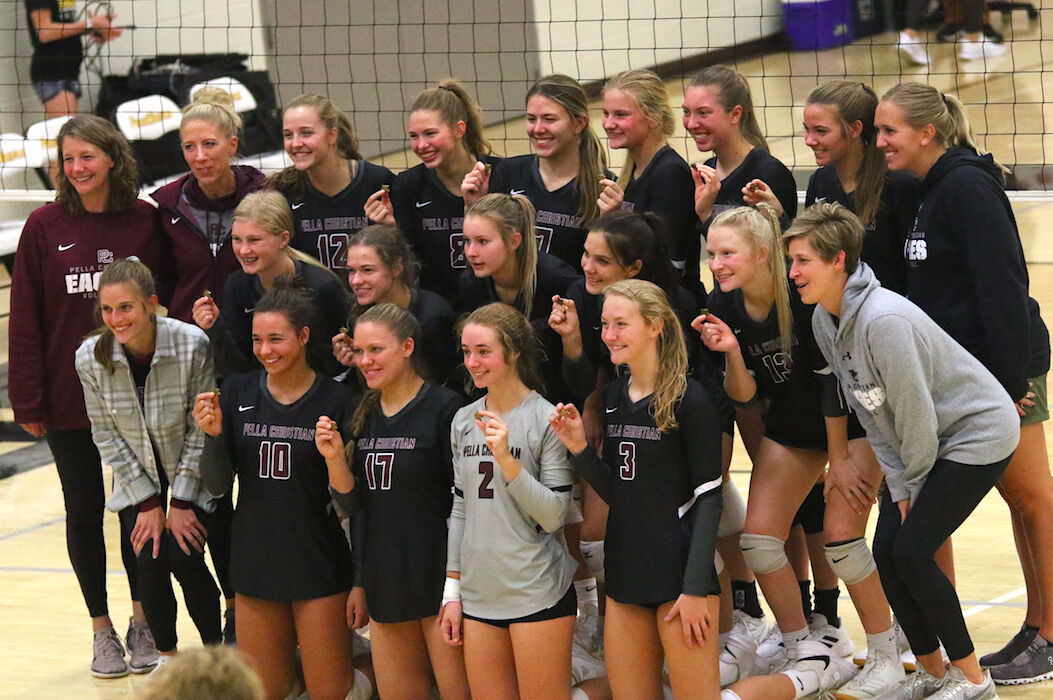 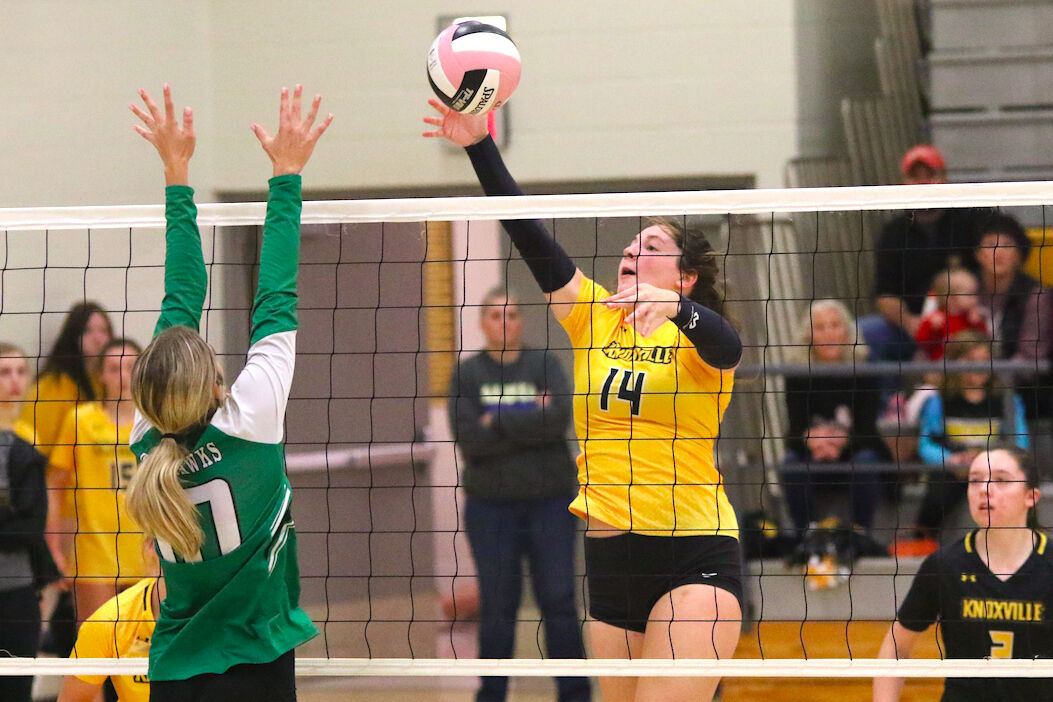 Knoxville's Abby Wadle (14) gets a kill for the Panthers 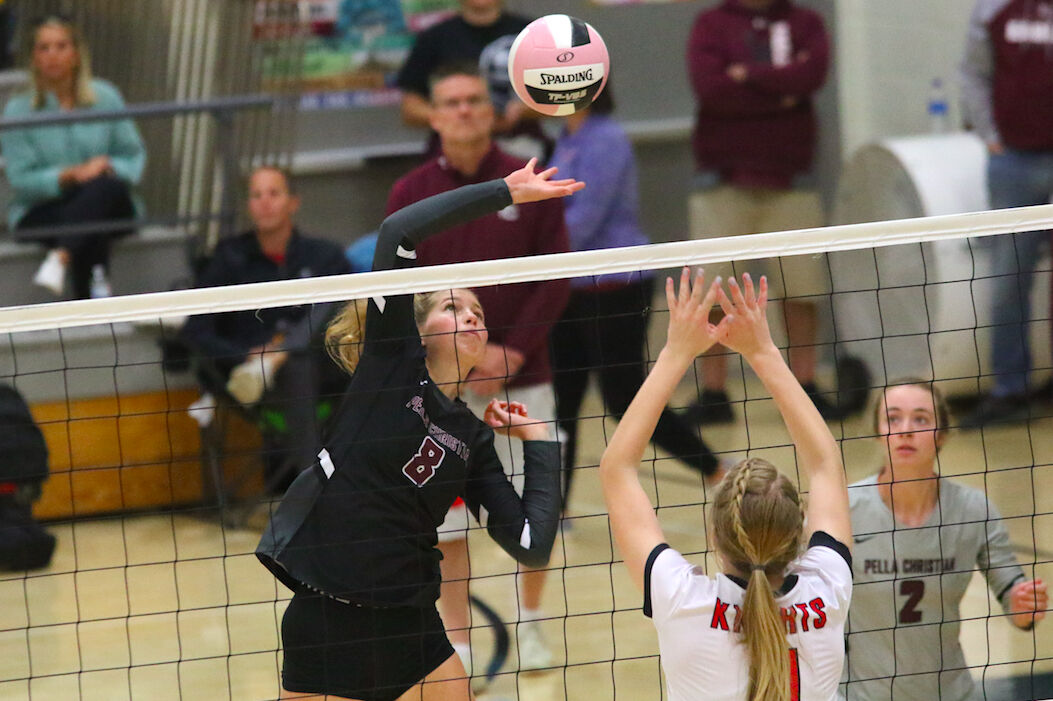 Knoxville's Abby Wadle (14) gets a kill for the Panthers

KNOXVILLE — The last day of the volleyball regular season was Saturday as eight teams made their way to Knoxville for the Knoxville Tournament. Pella Christian would leave as the champions after going 4-1 on the day while Knoxville fell in the semifinals to finish 3-1.

For Pella Christian, it capped off a run of nine games in three days which they finished 6-3 entering the postseason on Monday. Strong serving and limiting runs played a huge part in their success on the day.

“It does start with serving, but also serving and passing are the keys to the game,” Pella Christian head coach Tammi Wight said. “That will always keep us in a match. If we pass well, we will side out. That was what impressed me the most about us today, especially in these last two matches. Even when they got the ball back, we just got it back right away. There were no runs and that's been key for us.”

Sarah Gritters got Pella Christian going with four of her eight kills in the match coming early in the match to put the Eagles in front 8-3. Knoxville errors would keep them down for most of the first set before eventually getting back into it late before a pair of miscues gave the set to PC, 24-22.

Pella Christian got off to another quick start in the second set but this time they wouldn’t look back as they rolled to a 21-10 win to take the match 2-0 and avenge those previous losses to the Panthers, who won the Pella Christian Tournament after defeating the Eagles in the finals.

“We actually were looking forward to that because we hadn't felt like we played our best against them,” Wight said. “It's always a good match, It's always fun. They're competitive and we're getting more competitive so that was really awesome to see.”

Gritters led the PC offense with eight kills while Jema Settles added four kills and Chloe Huisman finished with 12 assists. Defensively, Trinity Vos had three blocks while Emma Eekhoff had two. Natalie Harrill had 15 digs with Huisman chipping in 11 digs. Serving was good again as they finished 41-of-44 (93.2%) with eight aces.

Pella Christian would get a rematch with No. 5 (1A) Holy Trinity Catholic in the finals and this time they controlled the game from start to finish, sweeping the match 2-0 (21-13, 21-6).

Gritters led with nine kills for the Eagles while Settles added three kills and Huisman had 13 assists. Harrill led the defense again with 10 digs while PC had seven blocks as a team and had sharp serving again going 39-of-41 (95.1%) with nine aces with Harrill accounting for four of those.

“We took them out of system and we played together,” Wight said. “It's a great finish to our regular season. We just continue to get better and that's all I can ask as a coach.”

The Eagles went 6-4 last week with all three of those four losses coming in the overtime set. They feel like they are peaking at the right time as they enter postseason play on Monday.

“We hope to take care of business and ultimately, whoever is on the other side of the court, we play one point at a time,” Wight said. “We just compete and whatever the score is at the end, as long as we competed, it will take care of itself.”