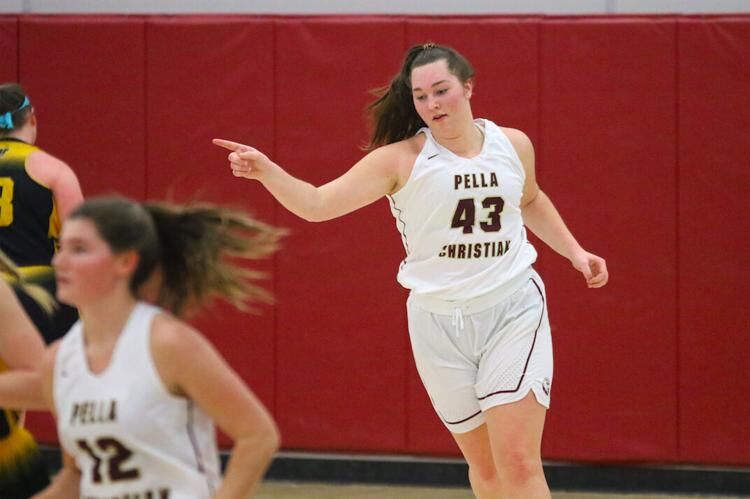 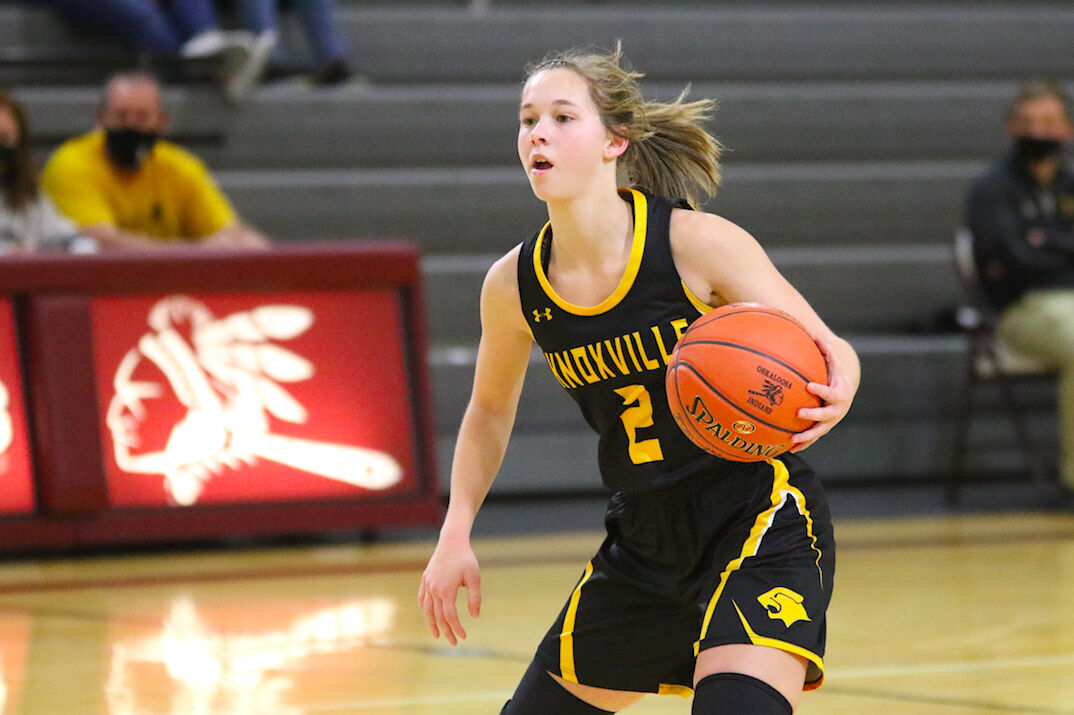 Van Gorp, a senior, earns her first career all-state selection for the Eagles. She nearly helped guide a regional semifinal upset over eventual state tournament semifinalist West Branch. She had 12 double-doubles on a season against mostly 4A competition in the Little Hawkeye Conference and went for 23 points and 18 rebounds in a 10-point win over Montezuma, one of just two losses on the season for Monte.

On the season, Van Gorp averaged 16.4 points on 51% shooting with 10.8 rebounds, 1.8 steals and 2.0 blocks per game. The 6-foot-2 center also crossed the 1,000 career points plateau during the year. Van Gorp is committed to play basketball at Central College. She was also a second team selection from the Iowa Girls Coaches Association.

Wilkins, a senior, gets her second all-state nod after being selected as a Class 4A third teamer a year ago. She would guide Knoxville to a 15-6 record this season while passing the 1,500 career points mark.

On the season, Wilkins would average 23.8 points (second in 3A) while shooting 43.4% from the floor, 35.2% from deep and 76.8% from the line to go with 4.6 rebounds, 2.8 assists and 4.0 steals per game. She is committed to play basketball at Wartburg College. She was also a second team selection by the Iowa Girls Coaches Association.

Katie Dinnebier, of Waukee, was selected as Miss Iowa Basketball 2021 by the Iowa Print Sports Writers Association in a meeting Saturday.

Dinnebier played in only 12 games in an abbreviated season for the Class 5A state-champion Warriors (13-1).

A Drake University signee, Dinnebier was at her best in the state tournament, scoring 20-plus points in all three games at Wells Fargo Arena. That included a 29-point effort (on 11-of-14 shooting) in the Warriors’ 71-43 victory over Johnston in the 5A championship game Friday.

The 5-foot-8 point guard scored 979 points in her career, in which Waukee went 73-14 and reached the state tournament all four years. The Warriors were 5A runners-up in 2020.

Certificates can be generated as PDFs for players selected to all-state by visiting the “Create Certificates” link on our website, www.iowasportswriters.com.

The Iowa Print Sports Writers Association was founded in February 2018 to carry on the tradition of newspapers selecting all-state teams for Iowa high school sports.

To view 5A and 1A selections to go to www.iowasportswriters.com.