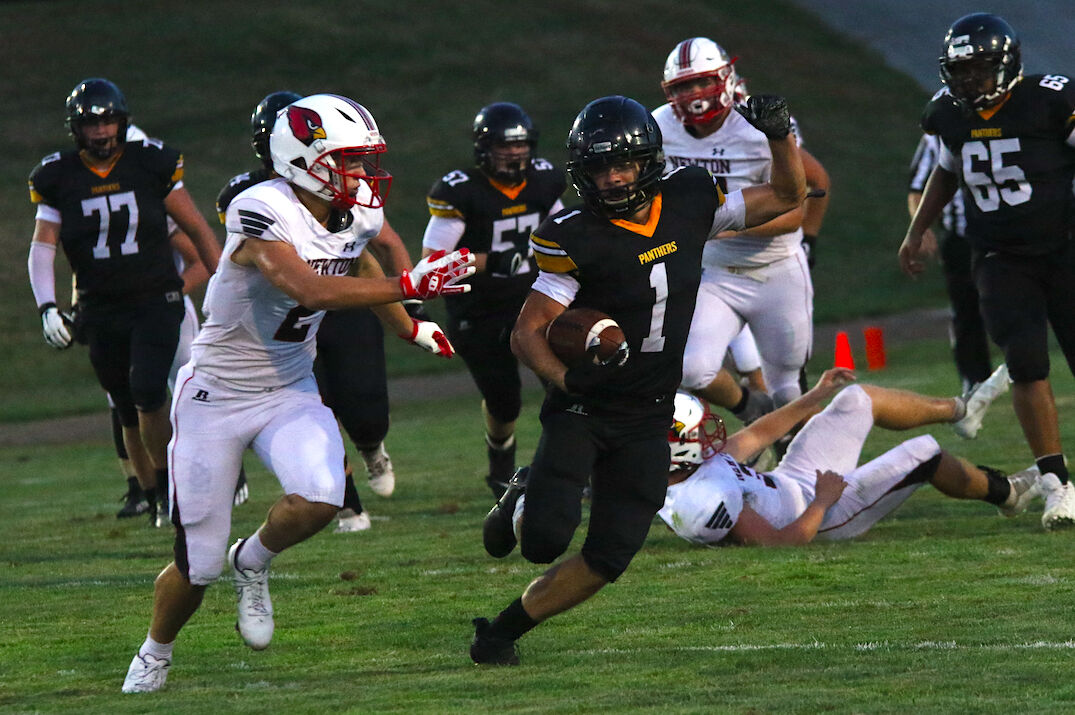 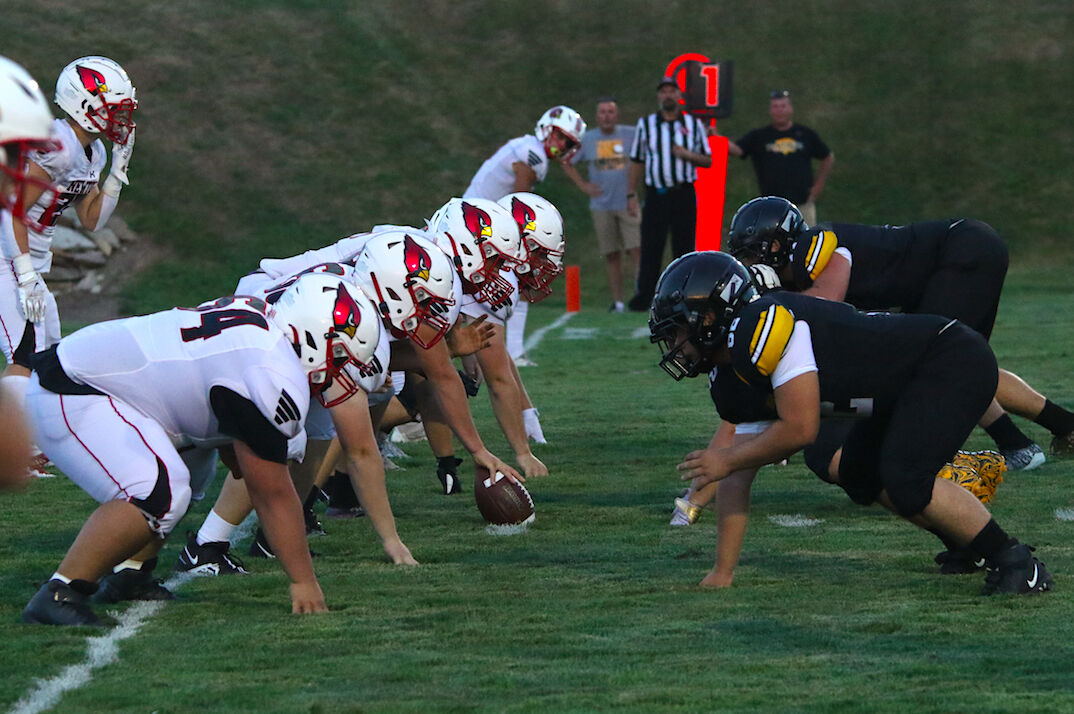 Both teams line up on the line of scrimmage. Newton's first play of the game was on their own one-yard line 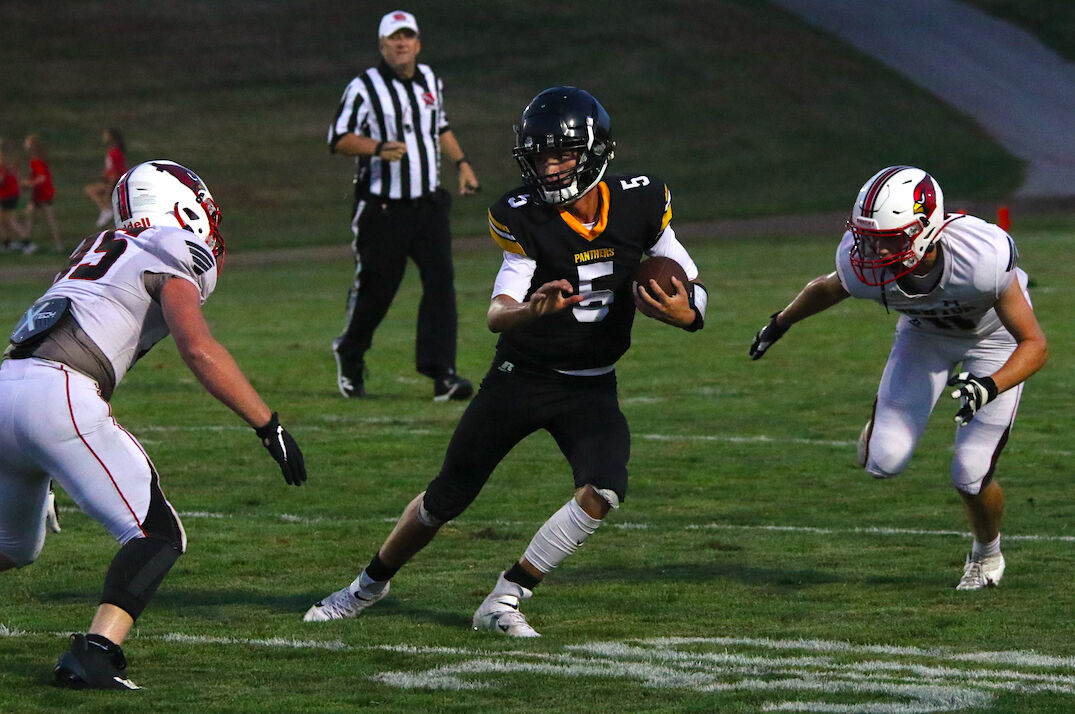 Both teams line up on the line of scrimmage. Newton's first play of the game was on their own one-yard line

KNOXVILLE — A steamy opening night at the historic Ken Locke Stadium saw the Cardinals from Newton come into town and hand Knoxville a 41-0 defeat on Friday evening.

The Panthers entered the night with a couple of injuries as key two-way player Gavin Montalvo and freshman Koby Higginbotham were both not in pads. Knoxville also lost another key player with big lineman Jack Bertrand going down midway through the third quarter.

The game started with good fortune for Knoxville as the opening kickoff bounced off a Newton player and out of bounds at the one-yard line. The Cardinals would get out of their own end zone and eventually punt it to Knoxville.

But on the Panthers’ second offensive play from scrimmage, sophomore quarterback Noah Keefer’s toss would be fumbled, allowing Newton’s Reese Hammons to scoop it up and take it 30 yards for the opening score.

The Knoxville miscues continued to pile up on them from there.

A net zero punt on their next possession set up the Cardinals with a short field as they took advantage of it by finishing it off with a Caleb Mattes five-yard TD run up the middle to make it 14-0.

The Panthers would gain some momentum on their next possession, working an eight-play, 49-yard drive before fumbling it on a fourth and two to turn it back over to the Cardinals.

This time it was the big play for Newton as quarterback Zayvier Arguello would keep the ball and sprint 63 yards up the middle for a touchdown to push the lead to 22-0 early in the second after a two-point conversion.

Knoxville later had Newton backed up after a block in the back penalty but the Cardinals bounced back with a 27-yard touchdown run by Arguello for his second of the night.

The Panthers were looking to get the offense back going and had a good look on a deep throw by Keefer but a nice over-the-shoulder catch by Newton’s Brody Bauer would send it the other way.

One play later saw Newton’s Keith Moko cash in on a jet sweep to go 42 yards for the TD and extend the Cardinal lead to 35-0 at the break.

Newton scored one last time early in the second half with a running clock taking the game the rest of the way.

Keefer was 1-for-5 passing with a 19-yard completion to Konner Leslie while also throwing the one pick and running for 30 yards on the ground.

Tristin DeJong led the Panther rushing attack with a solid night of 74 yards on 19 carries.

Bertrand and Kale Kincaid both had three tackles to lead the defense.