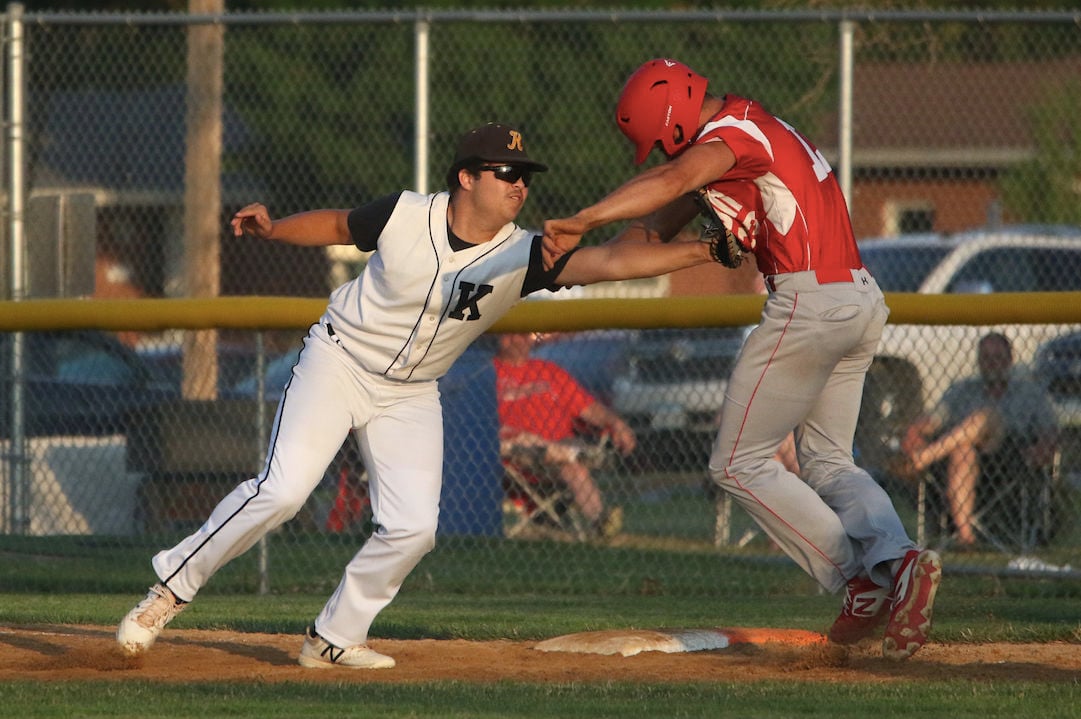 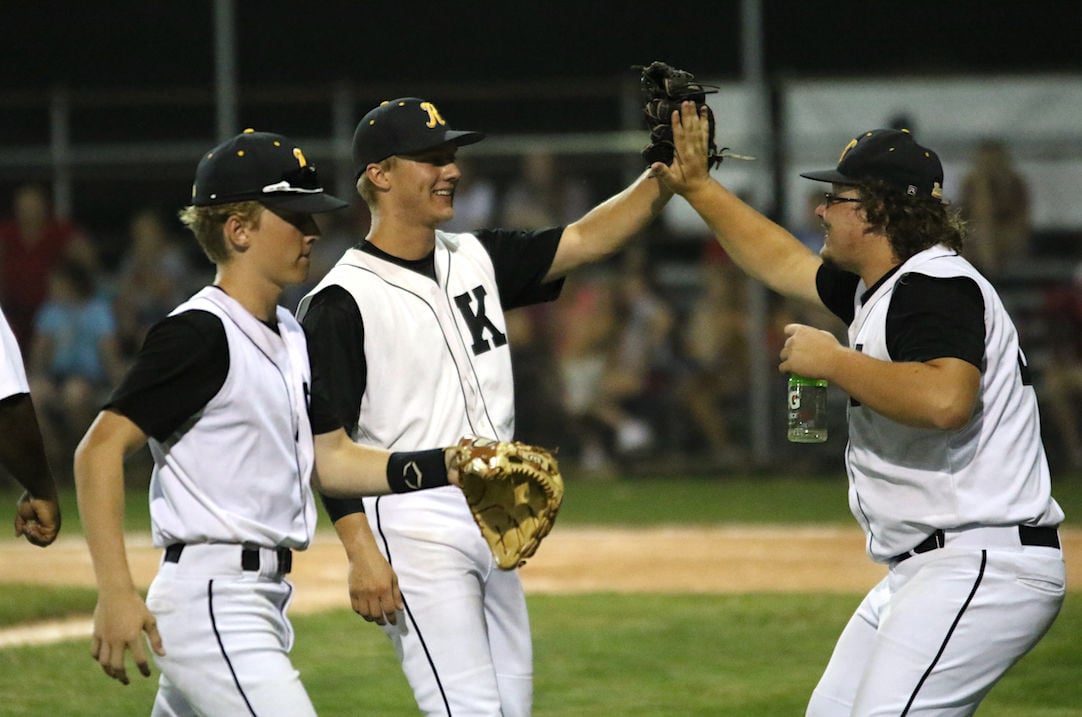 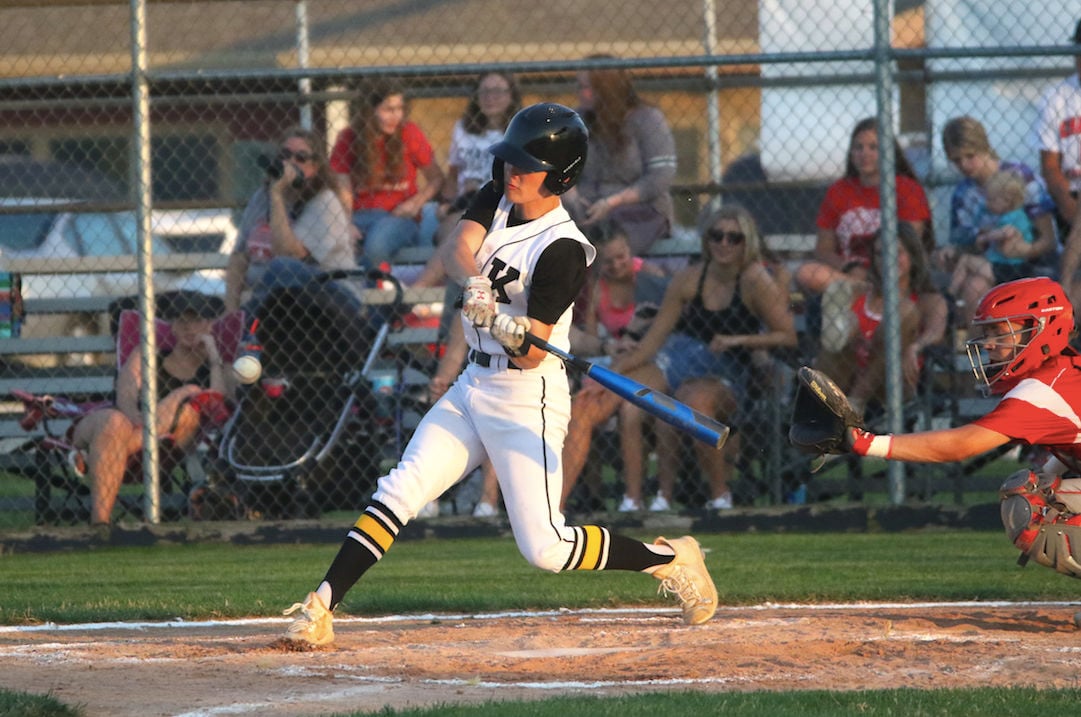 Knoxville's Luke Spaur gets a hit against Chariton. 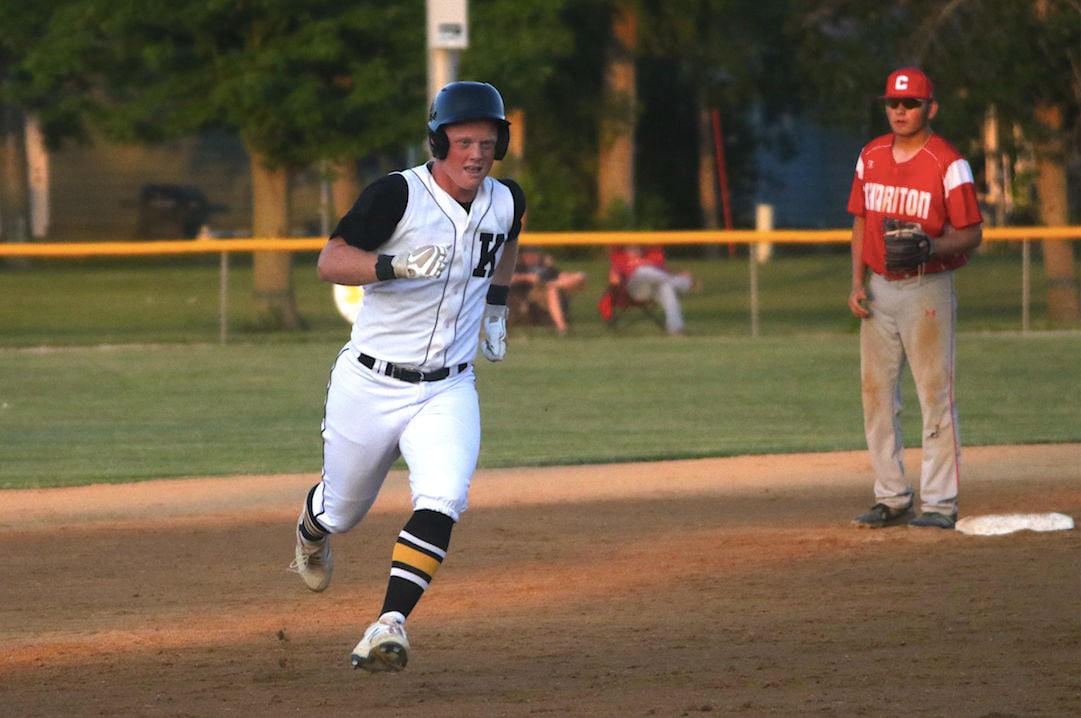 Knoxville's Ben Olson hustles to third for a triple.

Knoxville's Luke Spaur gets a hit against Chariton.

Knoxville's Ben Olson hustles to third for a triple.

KNOXVILLE — With games almost every night, Knoxville didn’t have time to dwell on their 10-run defeat to Centerville on Wednesday. Instead they returned home on Thursday and bounced back by defeating another South Central Conference foe in Chariton, 7-3.

Knoxville added to their lead in the fourth inning thanks to a Chariton error. Ben Olson, who enjoyed a 3-for-4 night with a triple and three RBIs, drove in a pair of Panthers by lining one hard to left field to score Evan Eck and Luke Spaur.

Spaur’s RBI single in the fifth inning would extend Knoxville’s lead to 5-0.

Junior lefty Mike Hudson got the start on the mound and would pitch five strong innings for the Panthers. You would pick off a pair of Charger runners in the first two innings to clear the bases but also had his stuff working with six strikeouts.

His defense was lights out behind him for most of the night, shortstop Colton Jones was a vacuum cleaner with six assists including an inning-ending 4-6-3 double play to get out of the fourth.

Hudson got into a little bit of trouble in the sixth inning. After striking out the first batter, five of the next six batters would reach base safely on four singles and one walk, scoring three runs in the process.

That would force Knoxville head coach Turner DeVore to go to his hard-throwing right hander in Carter Bailey to try to close out the game.

Bailey would get the final out of the sixth as Knoxville added a pair of insurance runs in the bottom of the inning to make it 7-3.

Bailey returned to the mound for the seventh and made quick of the bottom of Chariton order, striking out the side to secure the win.