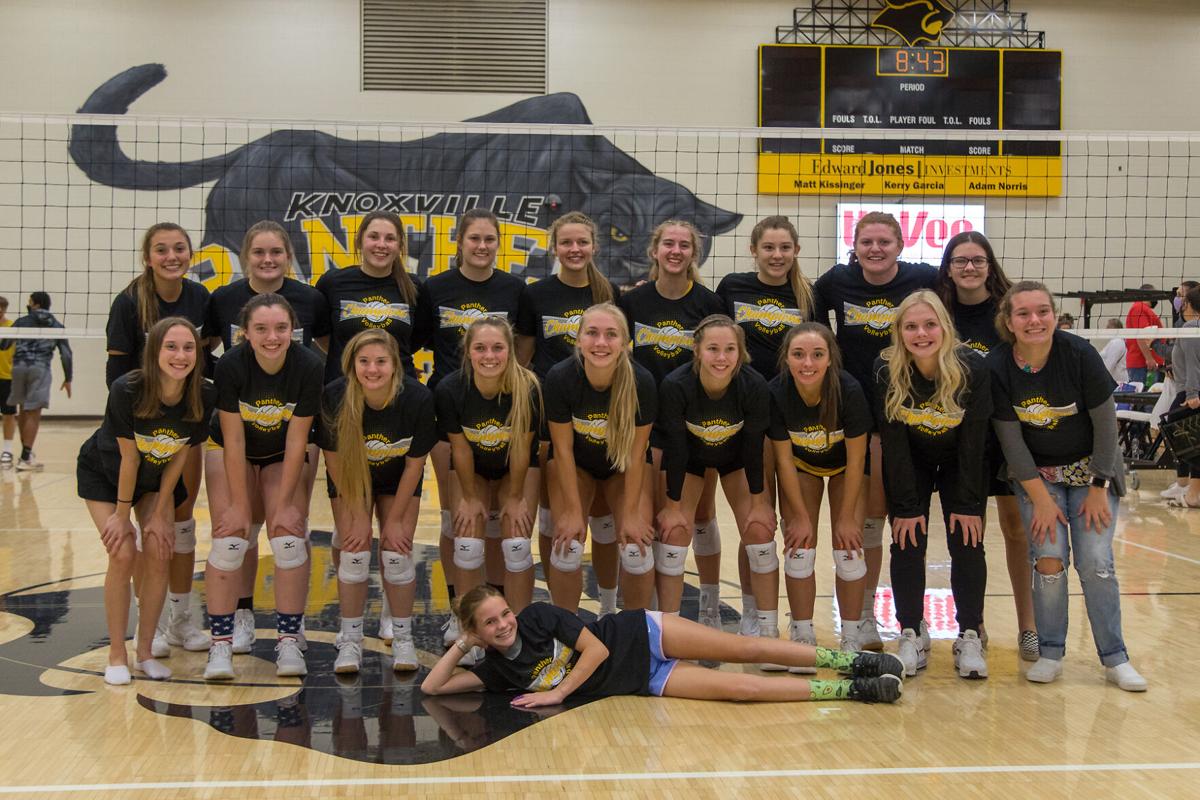 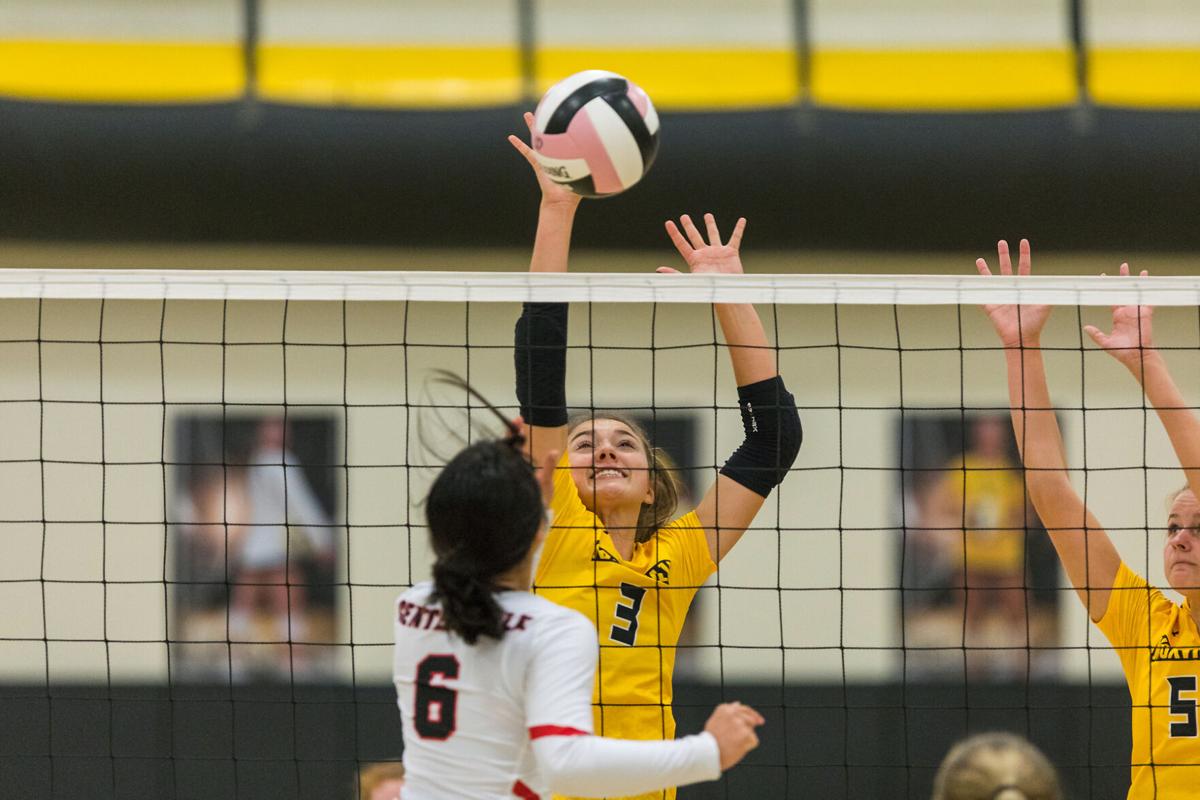 Knoxville's Marley McKay (3) gets a block.

Knoxville's Marley McKay (3) gets a block.

KNOXVILLE — The Knoxville Panthers continued their dominance of the South Central Conference by clinching their fourth straight SCC title after Tuesday’s 3-0 (25-11, 25-16, 25-18) sweep of Centerville.

She added to that total on Tuesday with 33 more assists to go with eight digs, one block and one ace.

Fellow senior Tara Uitermarkt led the offense with 12 kills while Brittany Bacorn had seven kills and Reilly Finarty and Charles Heffron each had six kills.

Maggie Wilkins one again led the defensive effort with 23 digs and three aces while Uitermarkt and Finarty both had three blocks. Finarty also chipped in 16 digs while Bacorn added 13 digs of her own.

The Panthers finished conference play a perfect 6-0, posting a set record of 18 wins against one loss in league play.