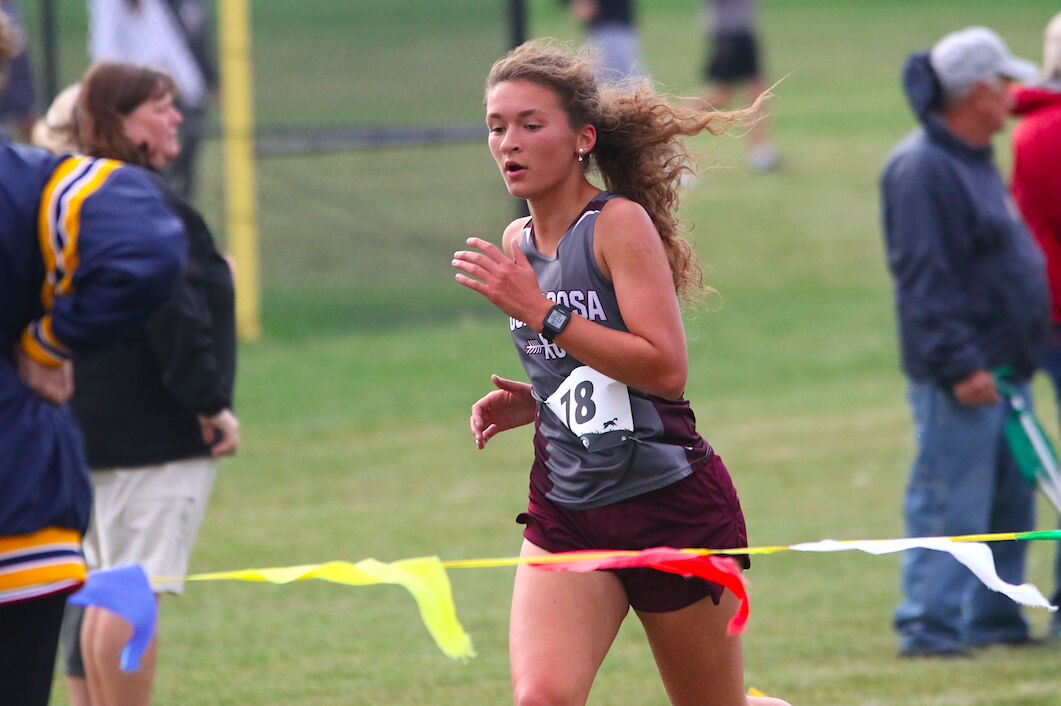 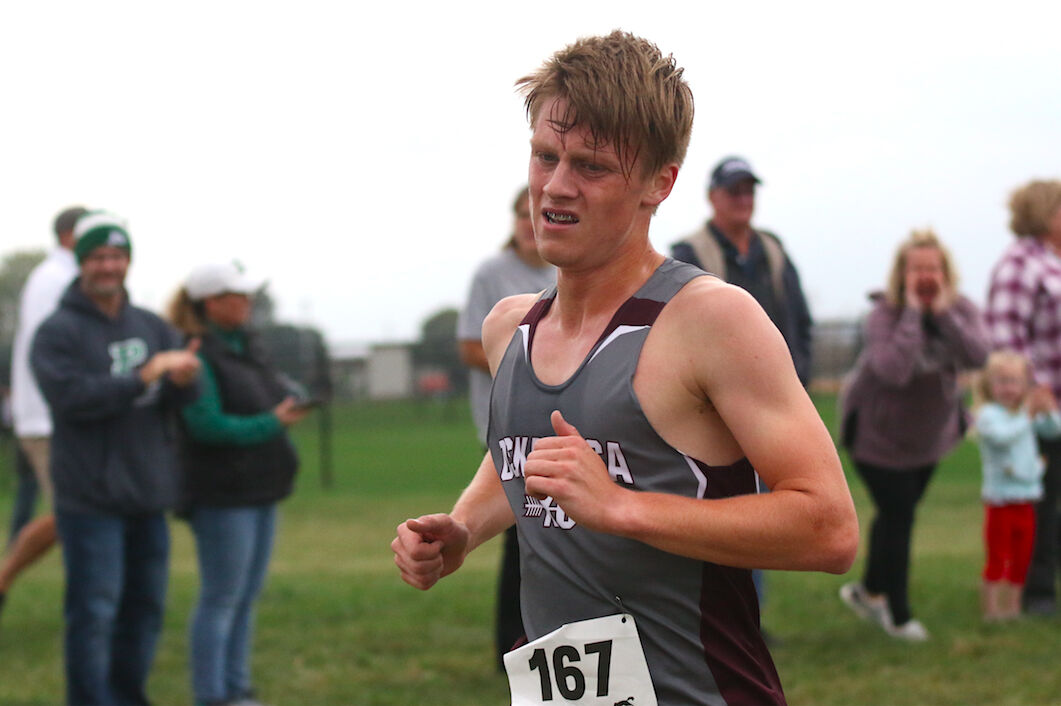 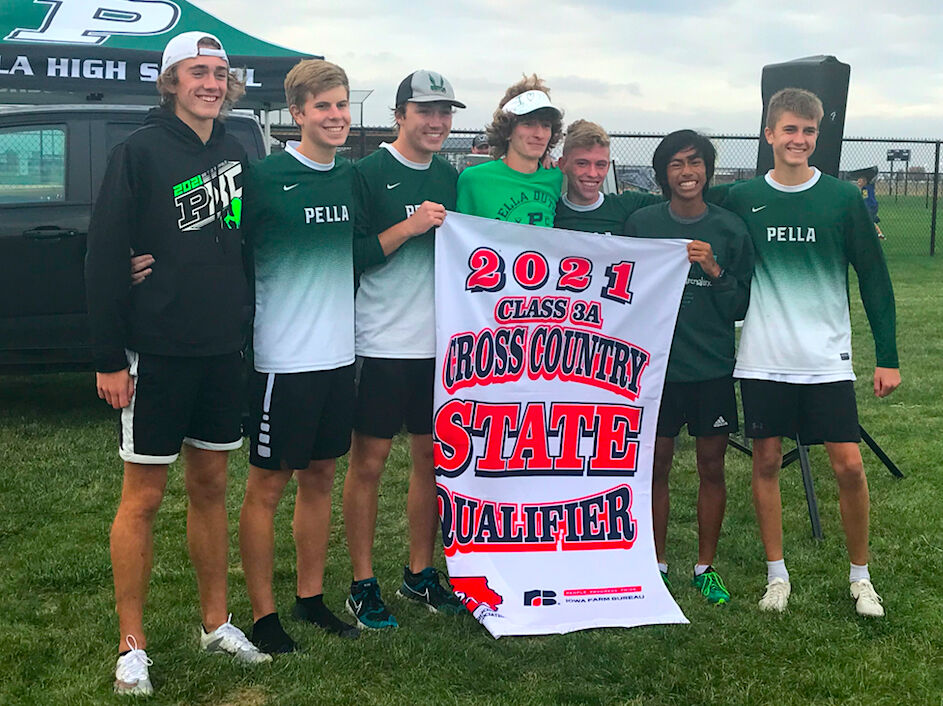 The Pella boys won the district title with 57 points 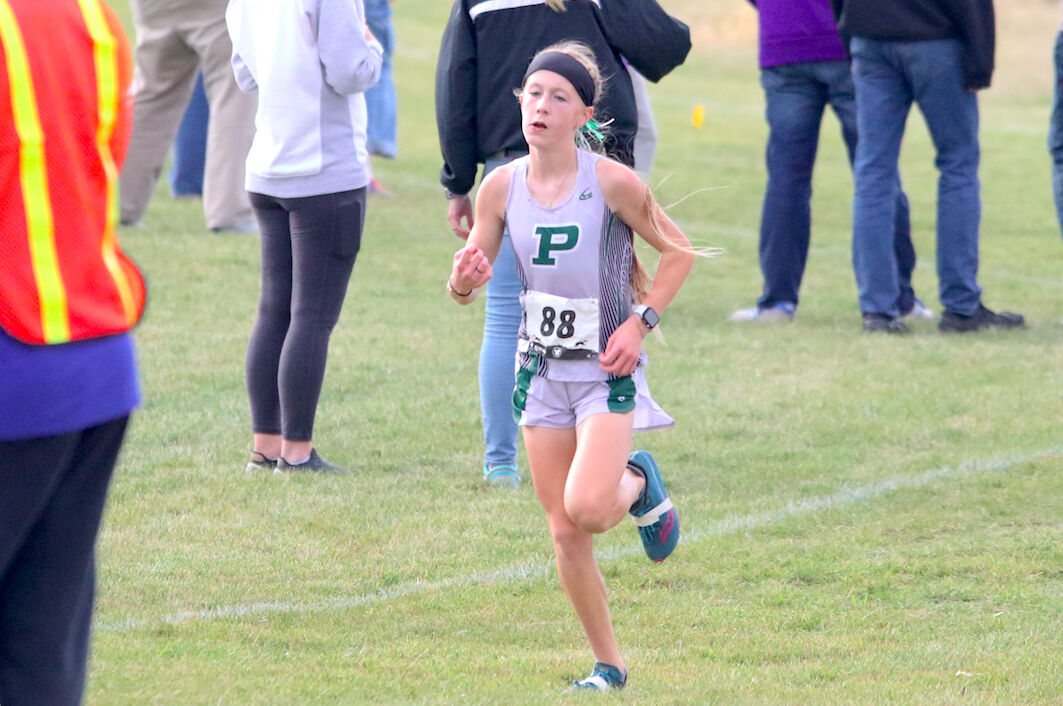 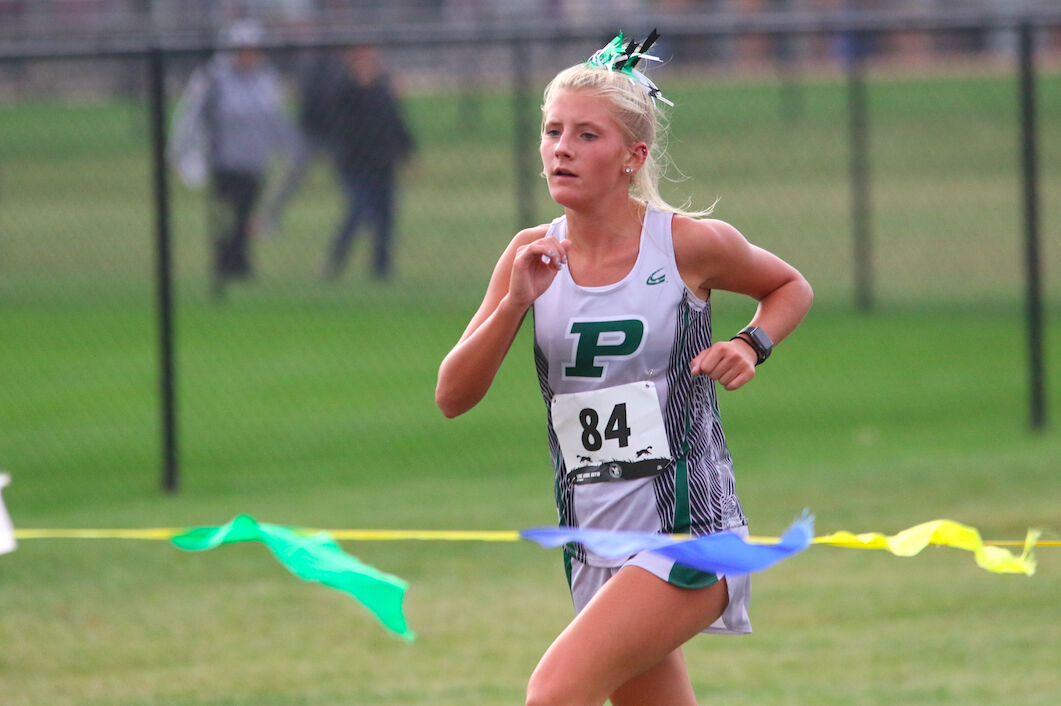 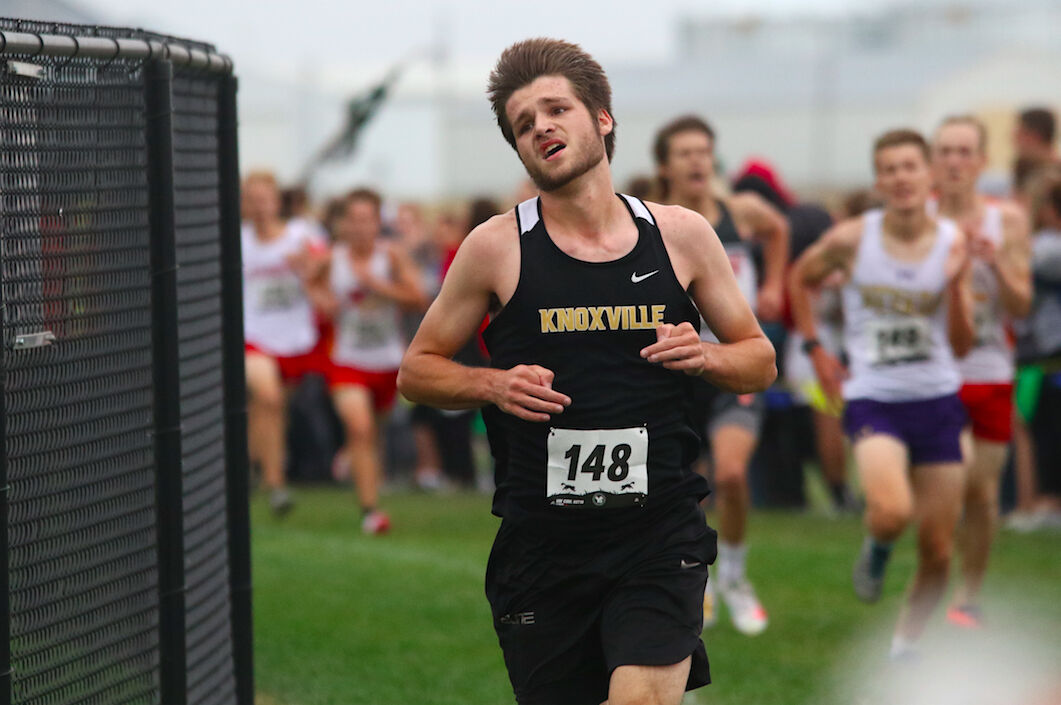 The Pella boys won the district title with 57 points

PELLA — First timers and long-timers both punched their tickets to the State Cross Country Meet at Wednesday’s state qualifier at Pella Sports Park.

Oskaloosa will send a pair of individuals in Sage Adam and Patrick De Ronde while the Pella boys ran away with the district title while Lady Dutch individuals Raegan Snieder and Autumn Blink both secured spots as well as Knoxville’s Seth Walraven.

The gray, overcast race day featured some tough winds for the runners with the girls race kicking things off first with a couple of area first timers punching their tickets.

Senior Sage Adam had been building up to this race for a long time. She went through some ups and downs during the season but was always looking to this race. Adam was needing a top 15 finish to secure that spot at state and she found herself hanging around that area for most of the race before a strong finish would get her the 14th spot at 20:43 for her first state appearance.

“I can't put into words how proud I am of Sage,” Oskaloosa head coach Michael Comfort said. “I got a little emotional during that race. I knew she's gone through some ups and downs and it wasn't a given this year when she started and but she committed from day one and worked hard. She had some great races to build her confidence but she also had some rough races recently so kudos to her to mentally stay in there. She went out today and she's right on that border the whole time, and to finish strong, I’m just so proud of her.”

For the first time in over a decade, the Pella girls will not be competing at state as a team. The girls competed in a strong field of five ranked teams and ended up in fifth. The Lady Dutch would get two individuals in the top 15 to qualify for state as Snieder grabbed third at 19:52 and Blink took seventh with a time of 20:27. Snieder, a freshman, will make her first appearance at state while Blink, a sophomore, makes her second appearance after racing with the team at Fort Dodge last year.

The Knoxville girls finished 11th as a team with 304 points and were led by two-time state qualifier Norah Pearson. The junior has been limited all season recovering from an injury and would finish 35th at 21:55.

In the boys race, Oskaloosa’s Patrick De Ronde secured his third trip to state by taking third at 16:48.

“We expected this but it's still an honor to get there a third time,” Comfort said. “We see kids all the time that qualify one year and then they don’t the next. We haven't backed off at all. I know he wants to be in the mix to be all-state but he looked really good today.”

Knoxville’s Walraven grabbed a spot at state for a second year in a row after taking 12th at 17:26.

As a team, Osky girls took eighth with 221 points while the boys finished ninth with 226 points. The Indians got an individual in both races to qualify for state and are hoping they are continuing to build towards getting a team there in the future.

“We fought, I felt last year at this meet we didn't do that,” Comfort said. “The message all year was I don't care where we finish as a team, we're going to fight for it. Aiden Scott really went out hard and he really tried to go out there and do something special. That probably hurt his overall time but that's what it's all about. It's about going for it and seeing what happens. The senior class has been huge, they've rebuilt this culture to a positive, hardworking team and we’ve got some really good young kids coming up.”

Speaking of teams, the Pella boys team continued their storied tradition by earning their 16th state appearance as a team in the past 17 years by winning the district title with 57 points.

“It was a crazy race day,” Pella senior Chase Lauman said. “We knew it'd be really tough with the wind and it’s a little cold but we can handle that. Having that home course advantage really helped us because we get a lot of practice on this course to prepare us for anything. It was just really cool to have the whole team run great and just put everything together.”

Lauman paced the Dutch by running with the lead pack and finishing second at 16:32 in a top three trio of Little Hawkeye Conference runners with Newton’s Jackson Mace-Maynard and Oskaloosa’s De Ronde.

“It's always good running with Jackson and Patrick, especially to just have that great Little Hawkeye competition,” Lauman said. “I get to race with them a lot and they motivate me to just run faster and keep driving time and keep getting better.”

Pella hopes to continue their strong tradition as they try for a top three team finish and a couple of high individual placings.

The Class 3A State Cross Country Meet is on Friday, Oct. 29 at Kennedy Park in Fort Dodge with the girls racing first at 2:30 p.m. followed by the boys at 3:15 p.m.