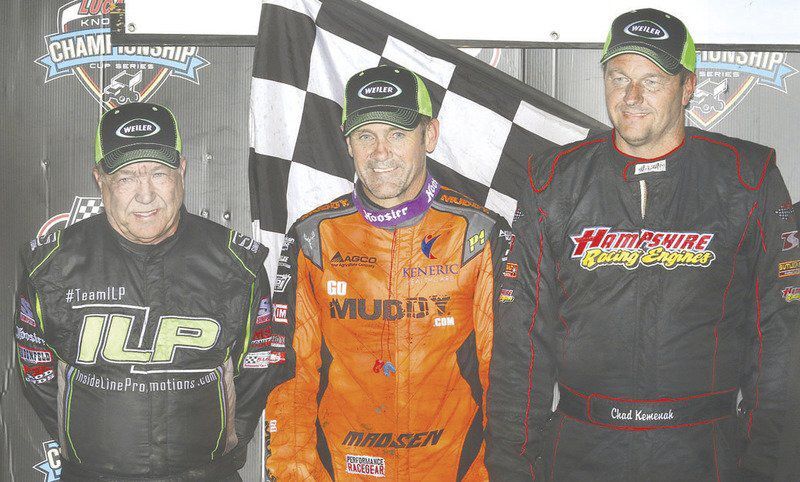 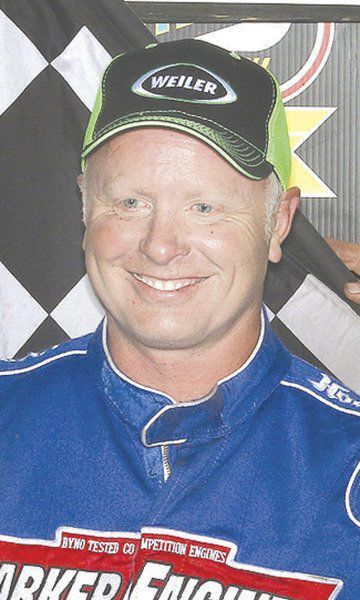 KNOXVILLE – Kerry Madsen took home $5,000 for his charge from the seventh row to victory Saturday night at the Knoxville Raceway with the All Star Circuit of Champions on Weiler Night. It was the series first appearance at Knoxville since 2011.

With 56 cars in the field, the St. Mary’s, New South Wales, Australia native earned his 20th career win at the famous half-mile oval aboard the Tod Quiring No. 2M.

Clint Garner topped a 44-car field in the 360 class. The Sioux Falls, South Dakota driver will try to defend his 2017 Knoxville 360 Nationals title later this week.

The feature for the All Stars got off to a rough start, when a slow pace on the parade lap saw cars stacking up. Austin McCarl got the worst end of the situation, and ended up spinning to a stop with top wing damage. Once the 25-lap event was green, Matt Juhl took the point ahead of Terry McCarl, Brooke Tatnell, Lynton Jeffrey and Carson Macedo.

Sammy Swindell made an early move from sixth to fourth early, before Trey Starks found himself upside down in turn one with three laps in the books. The restart saw Juhl leading Terry McCarl, Tatnell, Swindell and Chad Kemenah. Swindell would gain third when the green fell. Juhl and McCarl separated themselves a bit from the pack, but on the twelfth lap, the leader slowed and exited with a driveline issue.

McCarl assumed the lead by a healthy margin. Disaster struck with 14 laps down, however.

McCarl jumped the turn one cushion and flipped hard into turn two. He walked away from the crash.

Now Swindell assumed the lead ahead of Kemenah, Tatnell, Kerry Madsen (up from 13th) and Paul McMahan. Tatnell moved into second on the restart, but Madsen was on the move, and slid from fourth to second on lap 16.

A great race for the lead developed with Swindell and Madsen swapping the point twice. Madsen would finally lead on lap 20. A final caution came out for Macedo, who blew his right rear tire with three to go. On that restart, Sam Hafertepe Jr. had issues and spun.

Madsen would pull away to win his second All Star show in as many nights over Swindell, Kemenah, Brian Brown and Tatnell.

Tony Stewart was the D main winner, while Rager Phillips won the C, Gio Scelzi took the B, and Juhl and Terry McCarl claimed the Dashes.

“He will not go away, will he?” said Madsen in Victory Lane of his battle with Swindell. “He’s an absolute legend and one of my heroes growing up. I can’t believe he’s still going. Everyone asks what’s been wrong with us. We’ve actually been quick, but we haven’t caught many breaks. Last night (at Jackson Motorplex in Minnesota) was a great night, and Guy Forbrook has been working hard. That thing was a rocket ship tonight. Obviously, to win a race like this you have to have a great racecar. This is a good time to get good.”

“We weren’t in this car until Thursday night, and we’ve had some things to work on,” said Swindell of his Thone Motorsports #59 team.

“Our Dashes we seem to back up, but we seem to get a lot better for the main. That was a heck of a start on the first lap. We were able to get by Brown there on the berm. We were able to get to fourth right away. There’s a few things we struggled with towards the end, but it’s a heck of a start with this team. At my age, we’re not supposed to be doing this, but we’re proving them wrong every night.”

“I think we got better in the long runs,” said Kemenah. “I messed up on the one restart. We’ve kind of struggled all year long, so this deal here can give us some momentum coming into a pretty important week coming up here. The last few races we’ve been getting better, and we’ll just keep plugging away.”

The non-stop 360 feature was also entertaining. Aussie Scott Bogucki led the 18-lapper early over Nate Van Haaften, Clint Garner and Jamie Ball. Garner quickly took second from Van Haaften. Behind them, Jamie Ball, Sawyer Phillips and Gio Scelzi were slicing and dicing for position. Ball and Phillips exchanged fourth a number of times, while Scelzi moved into third, passing both of them on lap eight.

The leaders were in lapped traffic by the ninth circuit, and two laps later, Bogucki was slowed behind a lapper on the cushion. Garner pounced into the lead and pulled away from there.

His 38th 360 win here came ahead of Bogucki, Scelzi, Phillips and a hard-charging Terry McCarl (from 18th).

“It was a good race,” said Garner in Victory Lane. “I was so happy to be up front in that thing. Just last weekend, I qualified bad, and I know how easy that can happen. I’m just grateful to be here. It’s so hard to do.’