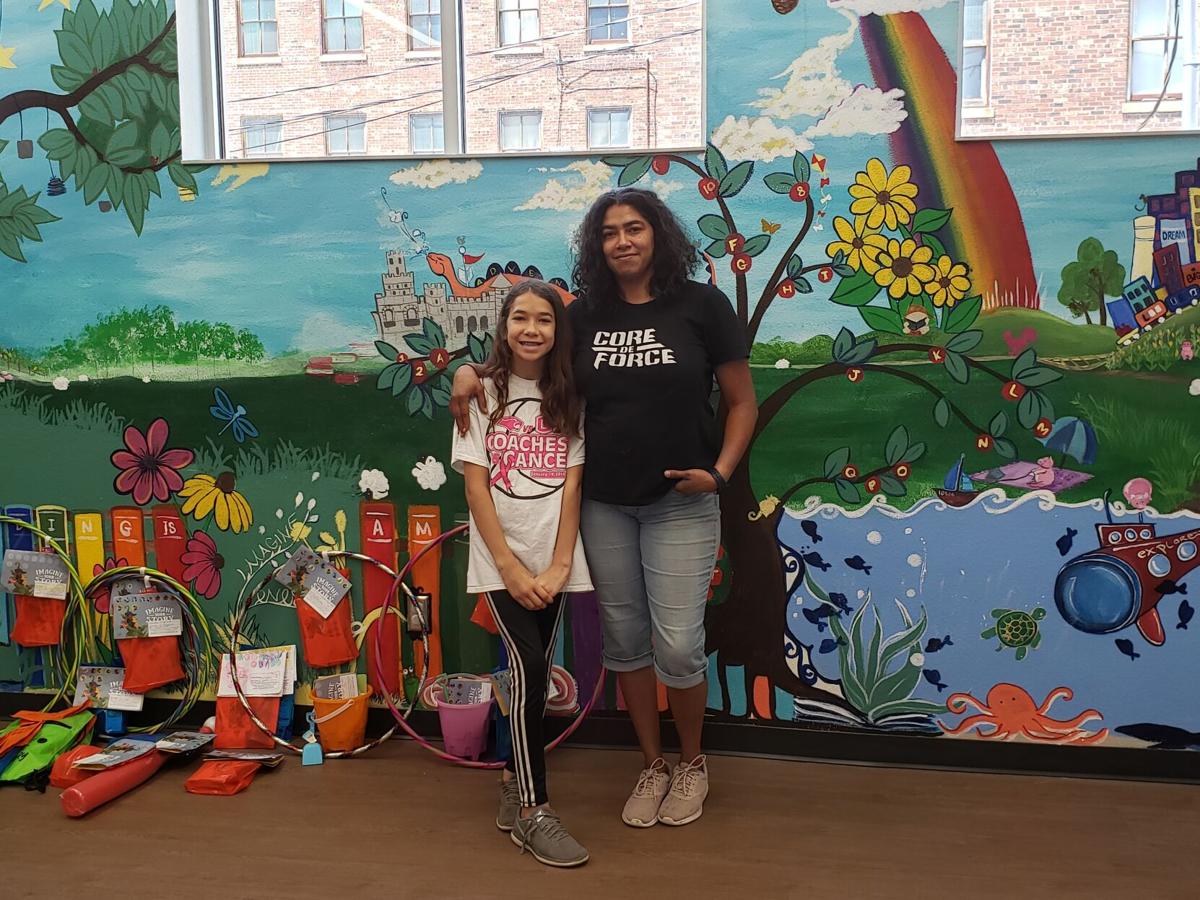 With the help of her 11-year-old daughter Thalia (left), local artist Kim DeSocio (right) completes the new mural in the children's room after 2.5 months. 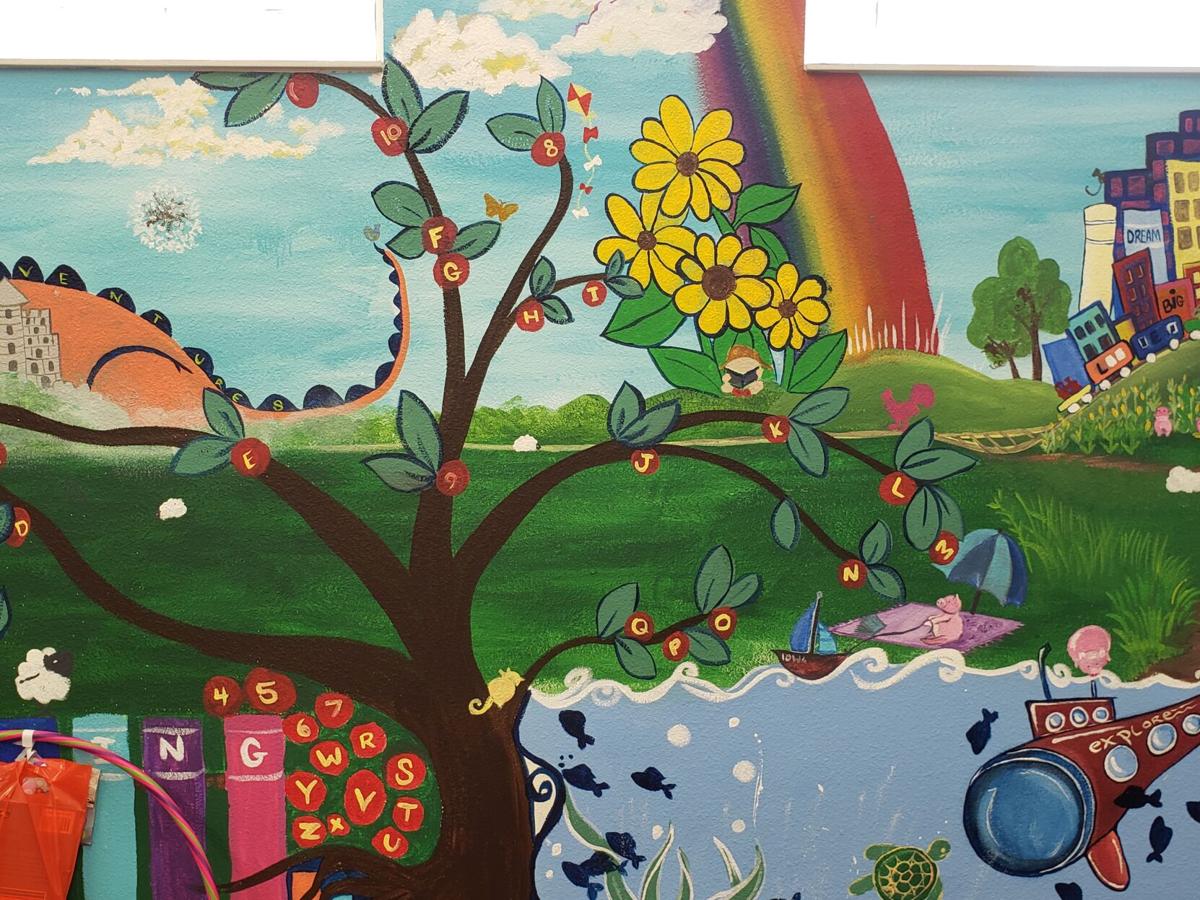 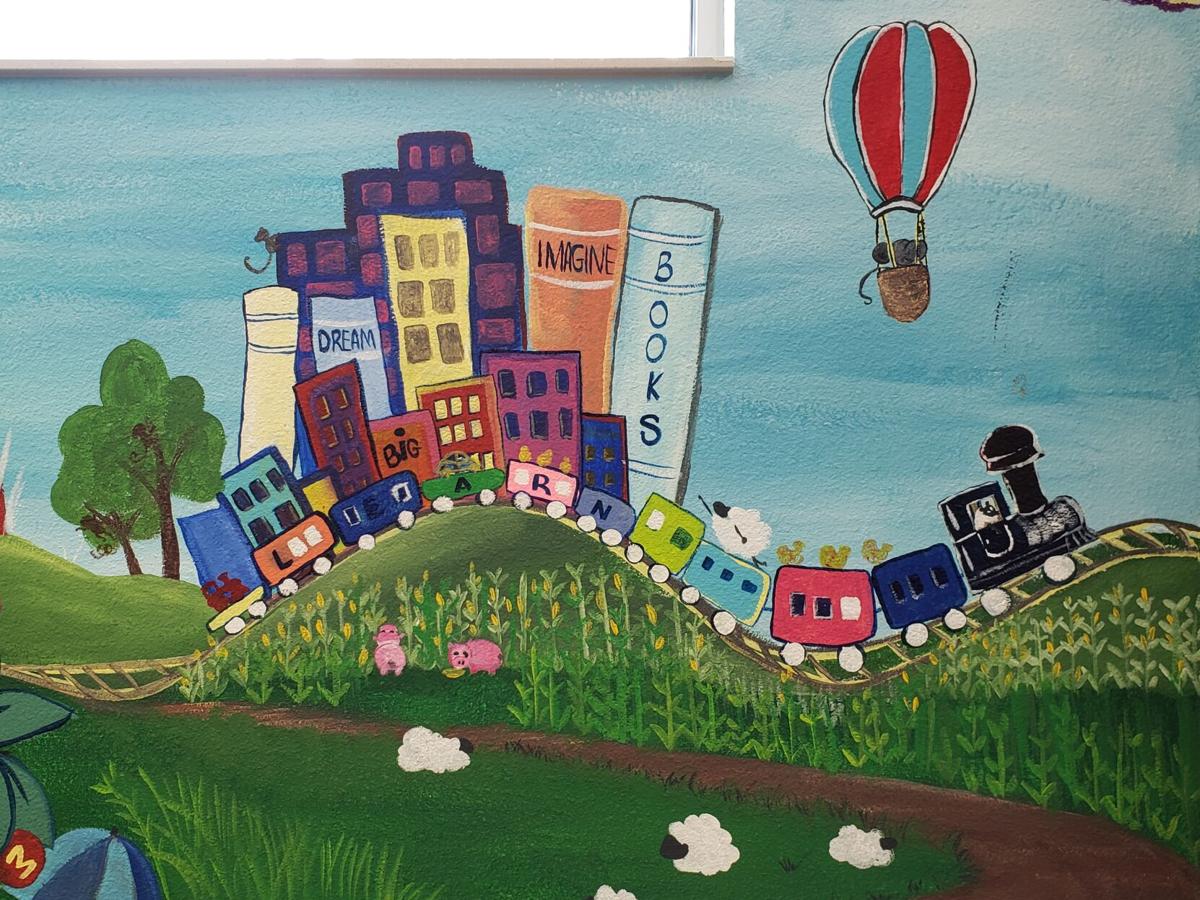 With the help of her 11-year-old daughter Thalia (left), local artist Kim DeSocio (right) completes the new mural in the children's room after 2.5 months.

KNOXVILLE — When Kim DeSocio was a little girl, she would often get in trouble for drawing on the walls of her home. Now, DeSocio is using her artistic talents to transform a wall of the Knoxville Public Library into a colorful burst of art.

The library received a grant from Marion County Community Foundation for Public Art, and part of the grant was awarded to DeSocio to craft a mural in the children’s room on the second floor. DeSocio was the original artist who painted the mural at the library in 2006, and a portion of her work was saved during renovations.

A piece of her first mural can also be seen on the second floor, echoing themes of imagination, encouragement and growth in the new mural. The theme behind the Summer Library Program this year is “Imagine Your Story.”

“Little kids have the best imaginations,” says DeSocio. “They can go from talking about flowers to dragons, so little children and their wild imaginations was the premise behind it.”

In January, the community shared their ideas with DeSocio for the mural at an open house.

A castle, sunbathing piglets, an elephant in a hot air balloon and other intricate, whimsical details make up the mural. DeSocio’s 11-year-old daughter, Thalia, helped bring DeSocio’s vision to life, and visitors are sure to discover something new each time they visit the children’s room.

“I really like it now that I’m not in the thick of it,” says DeSocio. “It’s done, but as an artist, I keep thinking of things I can add to it here and there. But I am happy with it. My favorite part about it is the leaves.”

DeSocio came to Knoxville 20 years ago from New York City. Since she was a little girl, art has been a central part of her life.

“It’s just part of who I am and what I do,” says DeSocio. “I’m always drawing and doodling.”

More of DeSocio’s art can be seen on her Facebook page at https://www.facebook.com/KimDeSocio/.