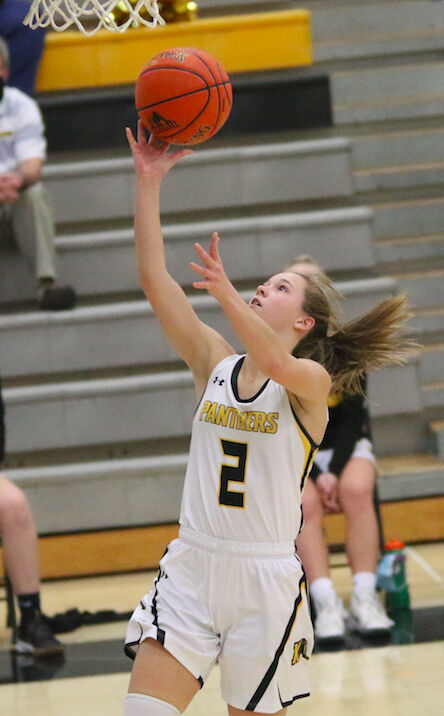 Knoxville's Maggie Wilkins goes up for a layup. 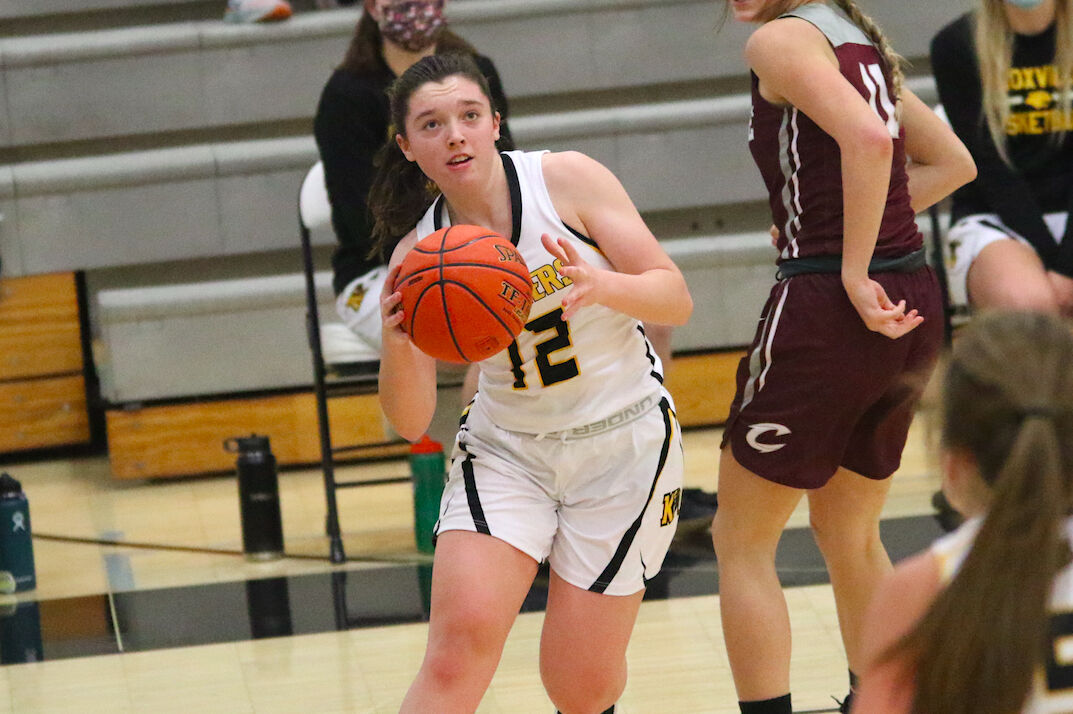 Knoxville's Maggie Wilkins goes up for a layup.

KNOXVILLE — The South Central Conference recently released their all-conference teams for the girls basketball season. Two Panthers found themselves among the top 14 players in the conference as Maggie Wilkins was a first team selection and Emma Dunkin got the nod on the second team.

Wilkins, a senior, was one of three unanimous selections on the first team while earning her third career first team selection. She would lead the SCC in points per game, three-point percentage and free throw percentage while finishing second in steals per game.

Dunkin, a sophomore, picked up the secondary scoring role this year for the Panthers and was also a key part to their defense. She would 9.9 points per game on 32.3% shooting from the field to go with 4.3 rebounds, 2.0 assists and 2.4 steals per game.

Eddyville-Blakesburg-Fremont sophomore Whitney Klyn was a first team selection while Brooke Shafer was on second team for the Rockets. Emalee Davis and RyLee German also received honorable mentions for EBF.