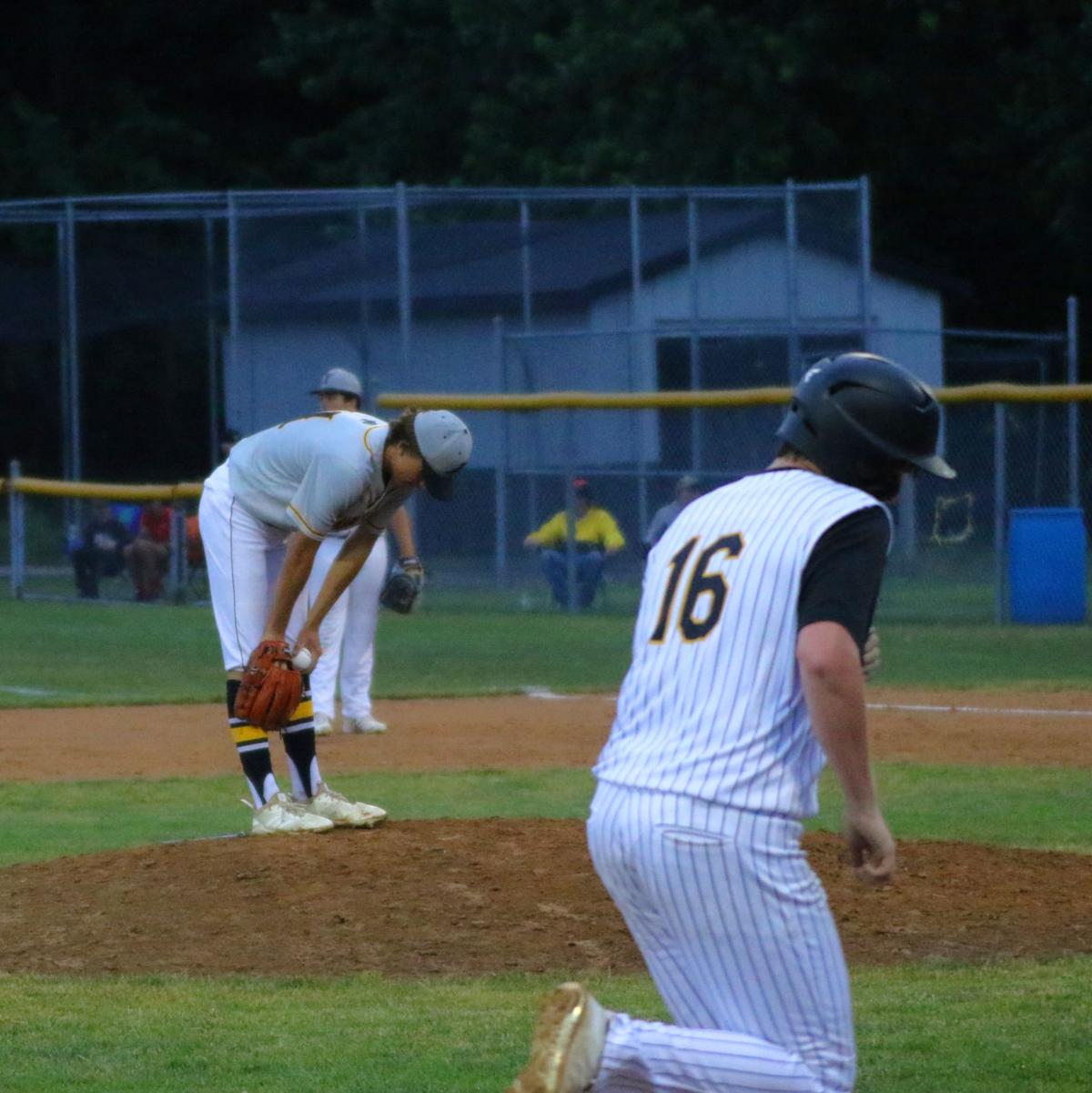 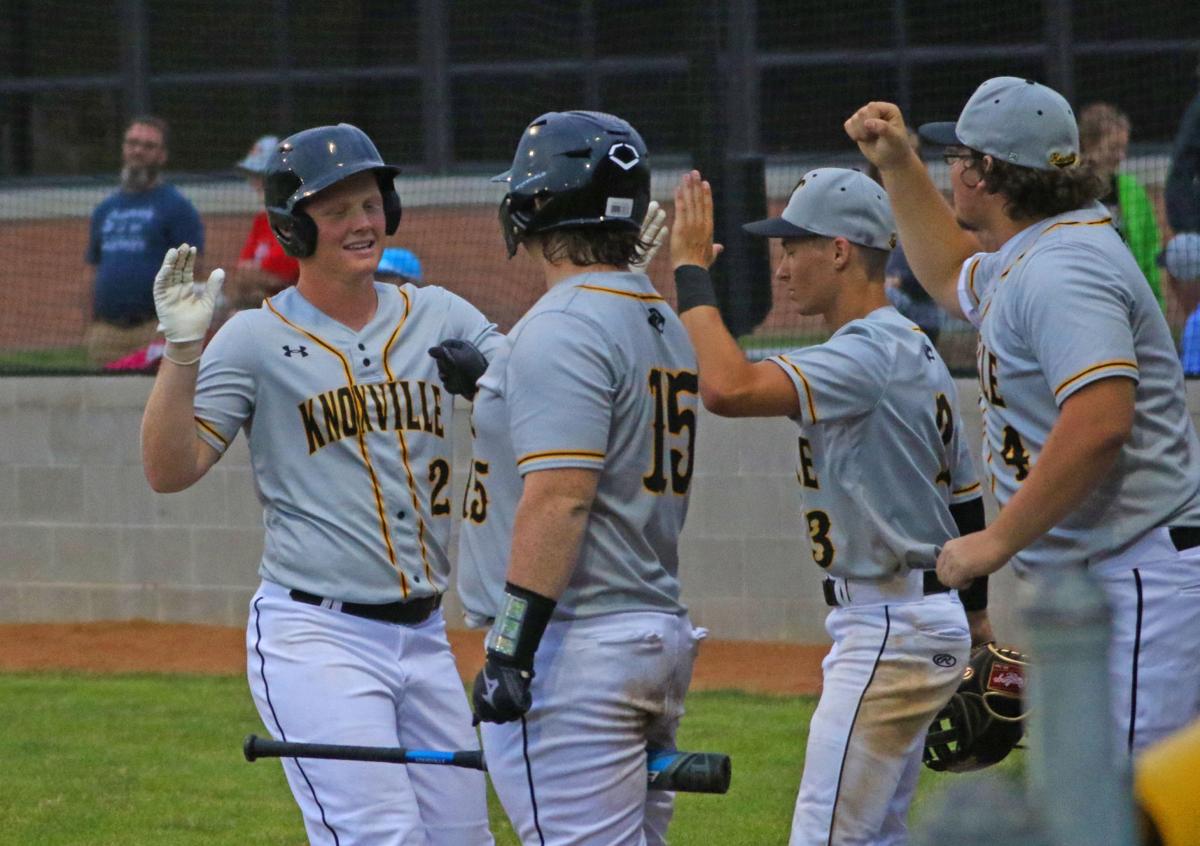 Knoxville's Ben Olson (left) is greeted by his teammates after hitting a home run. 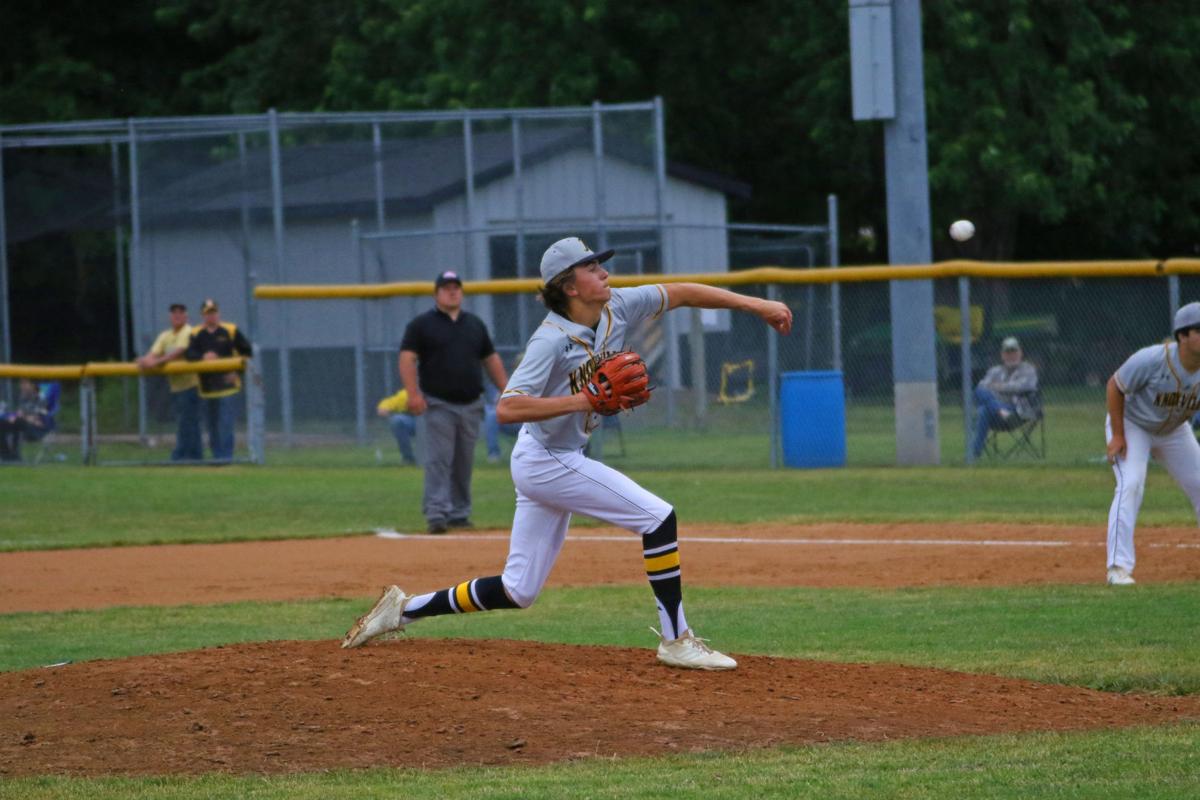 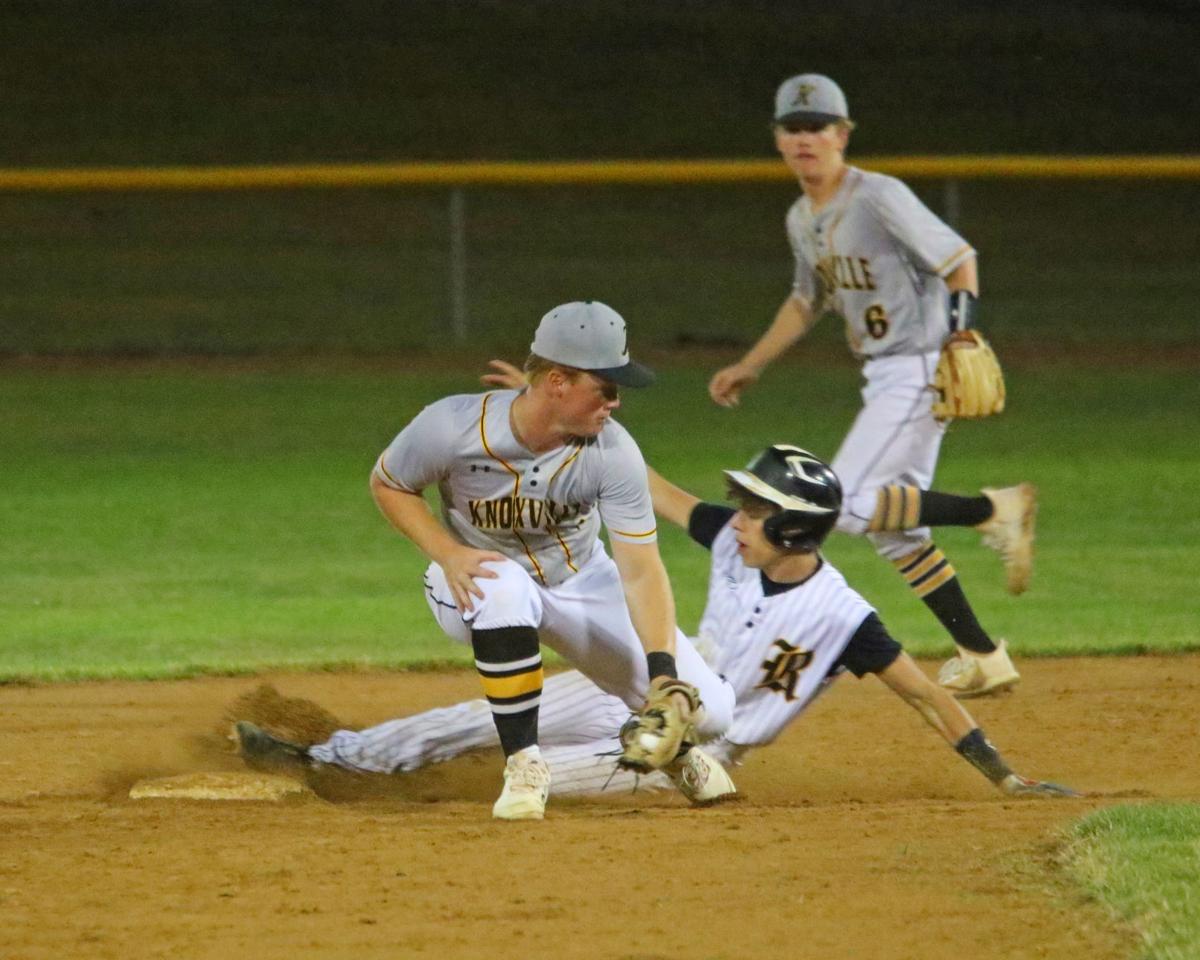 EBF's Kalen Walker steals a base as Knoxville's Ben Olson tries to tag him out.

Knoxville's Ben Olson (left) is greeted by his teammates after hitting a home run.

EBF's Kalen Walker steals a base as Knoxville's Ben Olson tries to tag him out.

EDDYVILLE — Some games you look back on and kick yourself for missed opportunities. That was the case for the Panthers on a soggy Friday night in Eddyville, Knoxville stranded 12 runners and committed six errors but nearly came all the way back in a 7-6 loss to EBF.

The game was back and forth all night but both teams missed out on chances to extend their leads early. EBF struck first in the bottom of the first on a Knoxville error only to repay the favor allowing the Panthers to tie the game in the second with an error of their own. EBF later retook the lead in the bottom of the third on Zach Leonard’s sacrifice fly.

Although three runs were scored in the first three innings, the two teams combined to strand 10 runners on base in that same span.

Once again, Knoxville would not trail for long as Ben Olson was sitting dead-red on a Blair Francis fastball and would blast it deep to left field for a two-run home run to give the Panthers a 3-2 lead. Carter Bailey nearly went back-to-back with Olson but his long ball would be caught at the warning track to end the inning.

As expected, the game of back and forth continued. EBF’s Austin Johnson wasted little time tying up the game with a solo home run to right-center field nearly hitting his own number among the senior numbers painted in the grass beyond the right-center field fence.

EBF was threatening to take the lead as Knoxville replaced Mike Hudson on the mound with Beau Leisure. The Rockets brought three more runs across in the inning on Kalen Walker’s sacrifice fly, another Knoxville error and a Logan McCrea RBI double to make it 5-3 after four innings.

Knoxville cut the deficit to one on a bases-loaded walk and was eyeing a tie or the lead before EBF set down the next two batters to strand the bases loaded for the second time on the night.

The Panthers had another good chance in the sixth inning after getting their first two batters of the inning on. But the next three batters would go down including a pair of strikeouts to end the inning.

EBF added what would end up being an important insurance run in the bottom of the sixth on Jared McCrea’s RBI single to make it 7-4 going into the seventh.

The Panthers were looking to rally one last time and they nearly would as they got two runs to cross the plate thanks to a couple of wild EBF pitches. Knoxville got Bode Cox up the plate with two outs, the tying run on third and the go-ahead run on second.

It turned out to be another missed opportunity as EBF’s Ethan Davis would climb the ladder and get Cox to chase a high fastball for the game-ending strikeout.

"We are starting to come together, but still a lot of cleaning up needs done,” EBF head coach Tom Hallgren said after the win. “That is to be expected with such a short pre-season. Blair [Francis] did a great job starting tonight, and happy for him to get his first varsity win.”

Hudson and Colton Jones both collected three hits for Knoxville while Olson finished 2-for-5 with a home run and two RBIs.