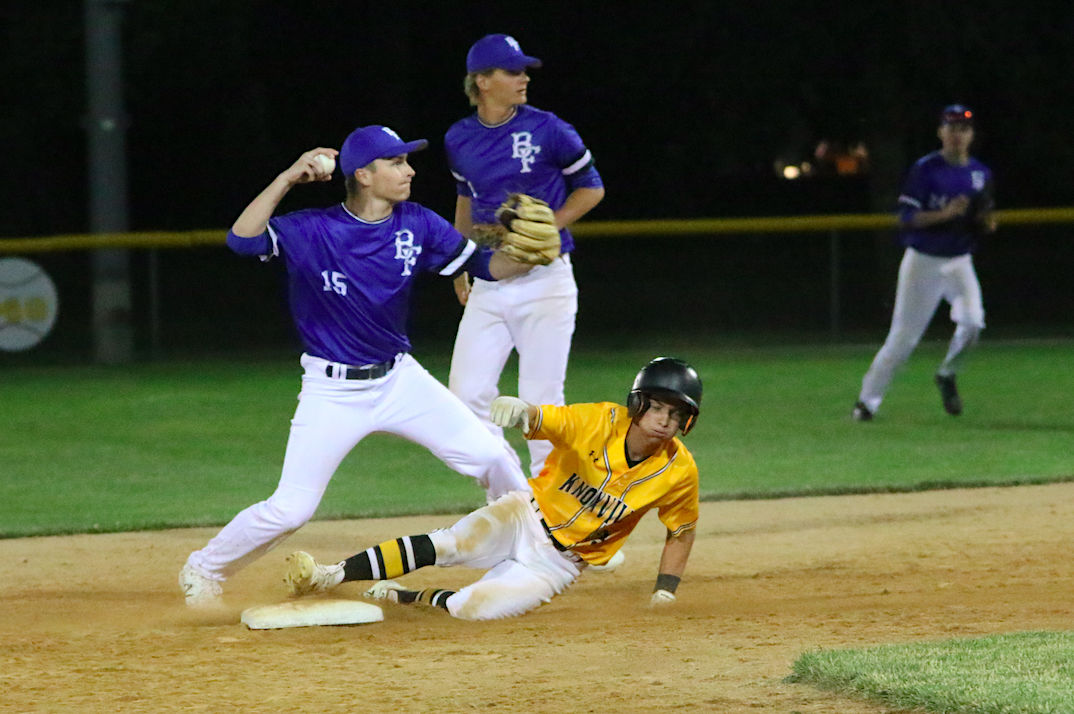 Bondurant-Farrar tries to turn a double play as Knoxville's Colton Jones (3) slides into second base. 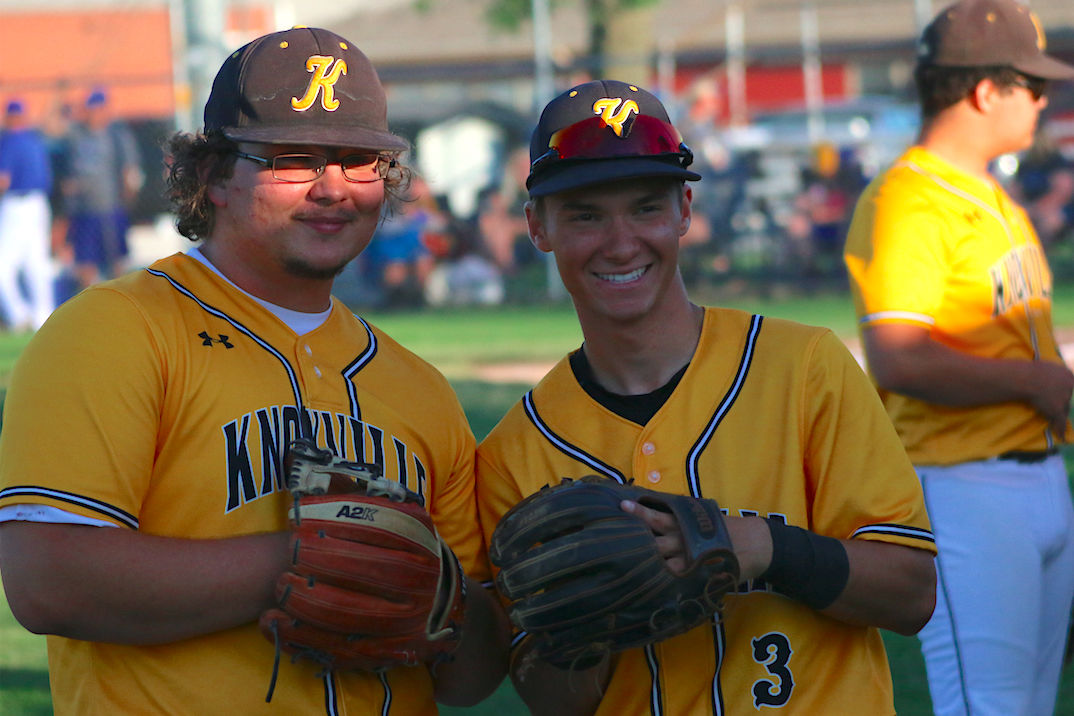 Knoxville seniors Blaise Hubler (left) and Colton Jones (right) pose for a photo before the game. 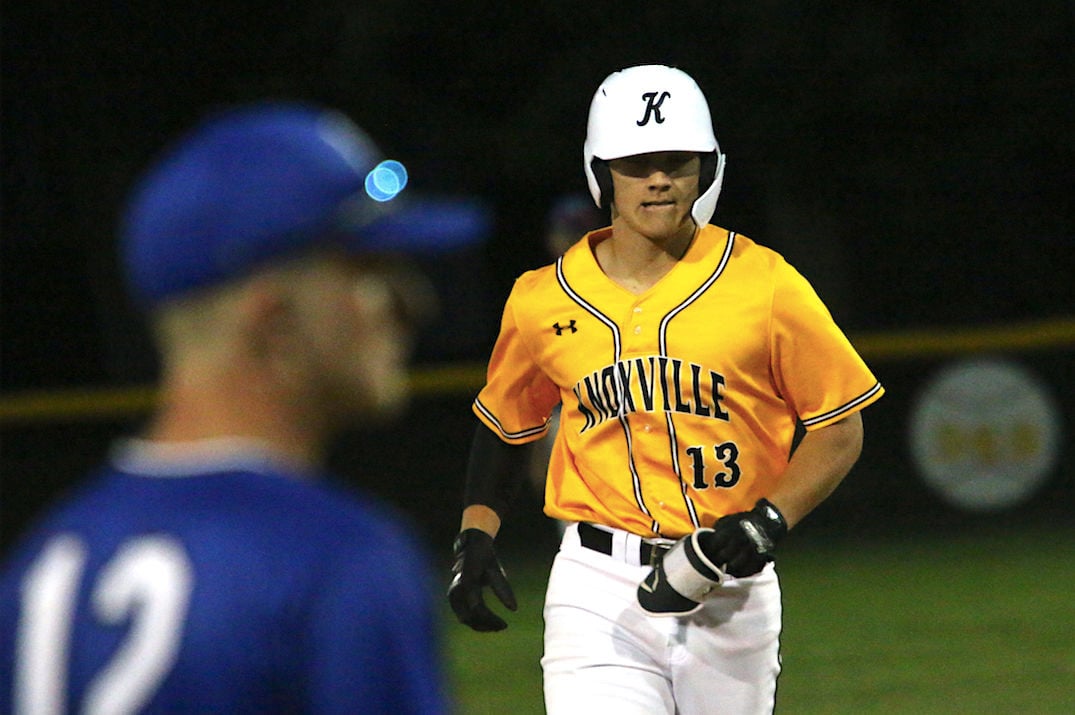 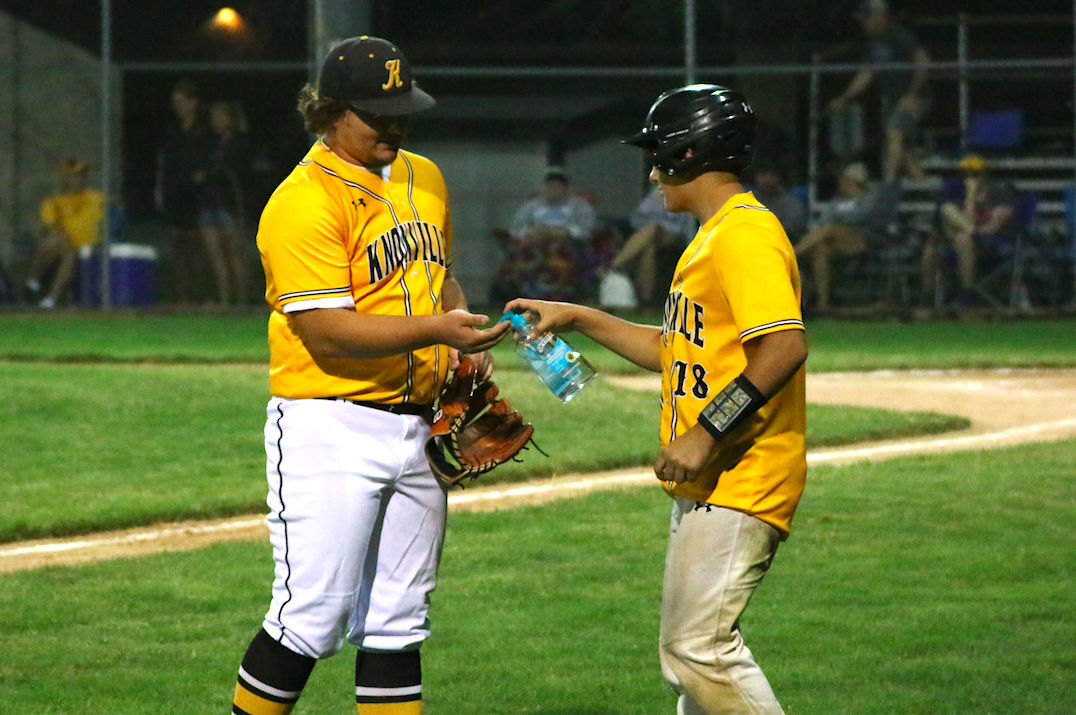 Knoxville's Blaise Hubler (left) gets his hands sanitized with the help of teammate Hayden Hatch (right).

Bondurant-Farrar tries to turn a double play as Knoxville's Colton Jones (3) slides into second base.

Knoxville seniors Blaise Hubler (left) and Colton Jones (right) pose for a photo before the game.

Knoxville's Blaise Hubler (left) gets his hands sanitized with the help of teammate Hayden Hatch (right).

KNOXVILLE — It was opening night for a second day in a row as the Panthers got their season started on Tuesday. Knoxville would get behind early and wouldn’t be able to completely come all the way back as they would lose their season opener 13-6.

The Bluejays played the night before and they had their bats ready to go from the start. Bondurant-Farrar would build themselves a comfortable 10-0 lead early after putting up one run in the first, four runs in the second and five runs in the third.

Freshman Beau Leisure got the start on the mound for Knoxville and was replaced by Mike Hudson in the third inning. Blaise Hubler would replace Hudson at the start of the sixth but would be replaced by Jaxon Zuck after four batters as Zuck would pitch the final two innings.

The four Panther pitchers combined for 12 strikeouts on the night.

Meanwhile, the Panther bats were having a tough time against Bondurant-Farrar’s Alex Hall as he was dealing early on.

Knoxville would crack the code and get on the board in the fourth with Carter Bailey connecting on a fastball and blasting his first home run of the season to deep left field. Drew Robinson would later hit a bloop RBI single to right to make the deficit 10-2 after four.

The Panthers added another run in the fifth with Ben Olsen cracking one up the middle allowing Hudson to score.

Bondurant-Farrar responded in the sixth with another three runs to build their lead to 13-3.

Needing to score to keep the game going, Knoxville picked up three runs of their own in the bottom of the inning as Blaise Hubler would score on an error before Olsen would come through again with a 2-RBI single. Olsen finished 2-for-4 with three RBIs on the evening.

Both teams would go down quietly in the seventh as Knoxville suffered their first loss of the season despite a resilient effort after falling behind early.