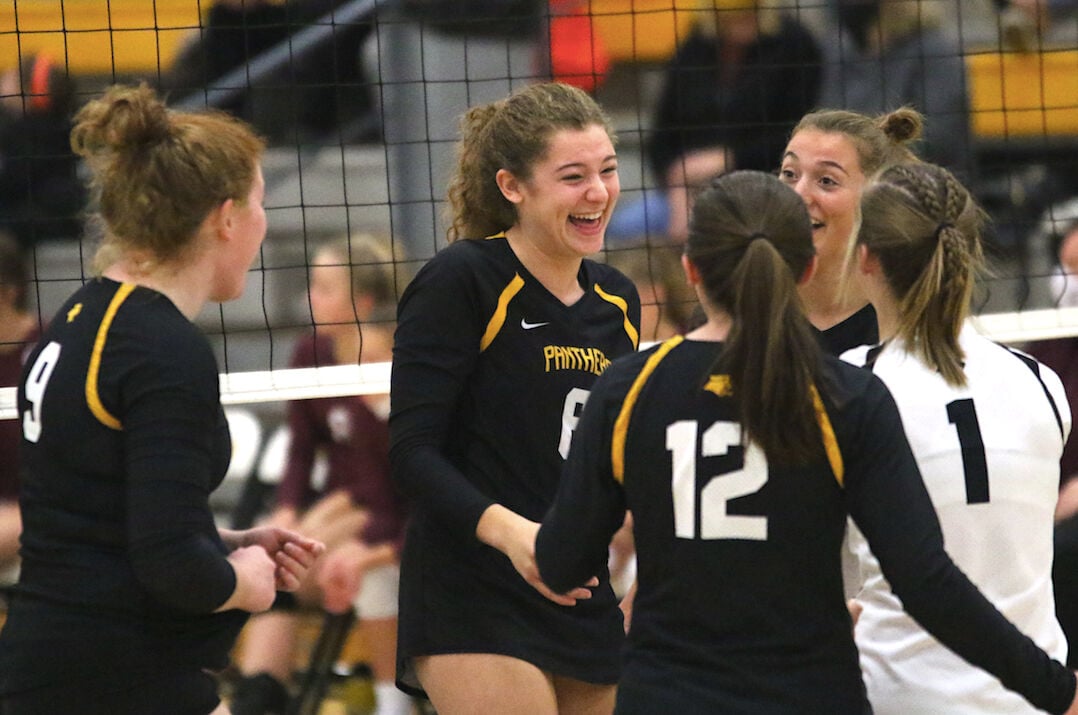 Knoxville celebrates during their regional match against Clarke. 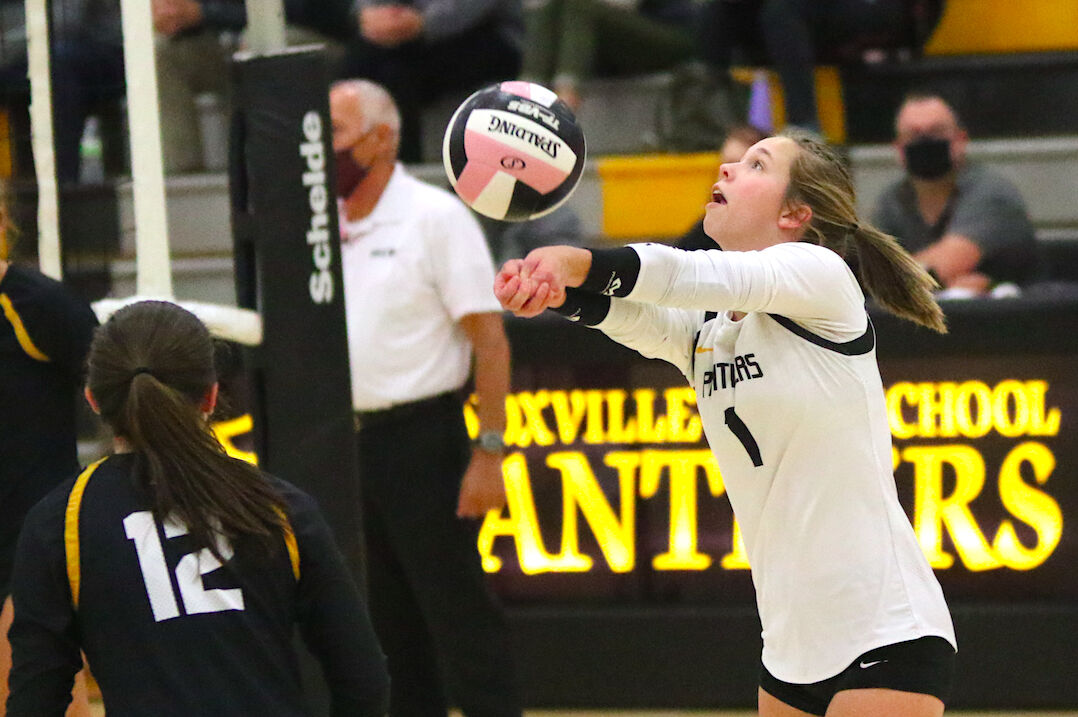 Knoxville's Maggie Wilkins (1) gets a dig. 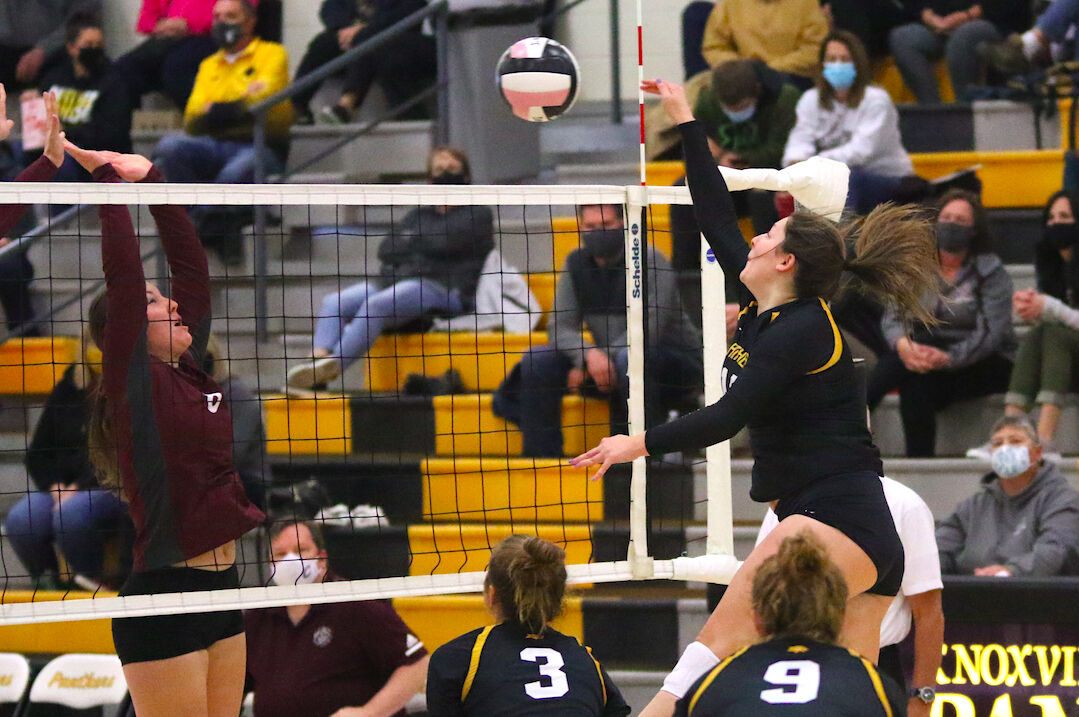 Knoxville's Abby Wadle (14) gets a kill against Clarke. 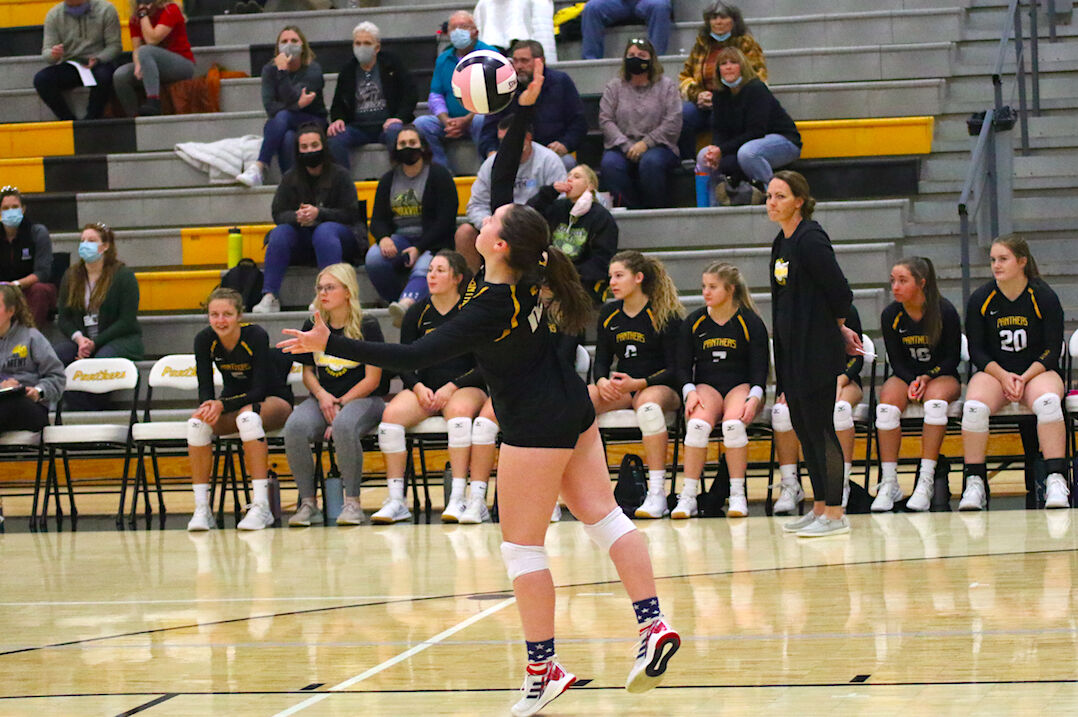 Knoxville celebrates during their regional match against Clarke.

Knoxville's Maggie Wilkins (1) gets a dig.

Knoxville's Abby Wadle (14) gets a kill against Clarke.

KNOXVILLE — The Panthers were very businesslike, but they couldn’t help but have a little fun along they way as they held Clarke under 10 points in all three sets on their way to a 3-0 (25-5, 25-9, 25-9) sweep in Monday’s regional quarterfinal.

“It’s was great they had a ton of fun but still took care of business and played good, clean volleyball,” Knoxville head coach Mollie Keitges said. “We felt good about our first draw and it’s nice to get that first win under your belt in the postseason.”

Serving was a big plus all night for the Panthers and it started in the first set with Marley McKay going on a long streak with a couple of aces along with way. She was mixing up her speed and locations nicely, changing between a blistering serve at the back line or dropping it like a feather just over the net.

McKay finished with six of Knoxville’s 18 aces as the Panthers cruised to a 25-5 first set win.

“I think serving aggressive is going to be a huge key for us as we get further into the postseason,” Keitges said. “A couple of the losses we had against quality teams we got a little bit soft on serving and we’re going to have to be aggressive and try and disrupt their offense a little bit. So that was really great to see tonight. The girls were serving aggressive and getting movement on the balls. Marley was back there forever in the first set, I think she served 13 in a row so I love that they’re mixing it up and hitting spots.”

Clarke would take the first two points of the second set before a 6-0 run by Knoxville including a couple of kills from Abby Wadle would force an Indian timeout.

From there on it was once again all Knoxville with Tara Uitermarkt’s tip at the net giving the second set to the Panthers, 25-9. Uitermarkt had a solid two-way match with eight kills and three blocks.

Knoxville jumped out way in front in the third set and were able to cycle in their bench and win the final set 25-9 to complete the sweep.

Brittany Bacorn led offensively with 12 kills and eight digs. McKay had 27 assists and nine digs while Maggie Wilkins led that department with 23 digs and four aces.

It was a stress-free night for Knoxville as they were able to work on some things and gain some extra confidence going into the next round.

“We focused in on our free ball offense tonight and the thing I love is we really didn’t have many errors tonight,” Keitges said. “I know the competition is a little bit different but we still have to make the play and take care of the ball on our side and we did that really well tonight. We’re going to have to play clean volleyball to beat the good ones.”

Knoxville (26-7) advances to the regional semifinals where they will host Centerville (13-18) on Wednesday at 7 p.m.