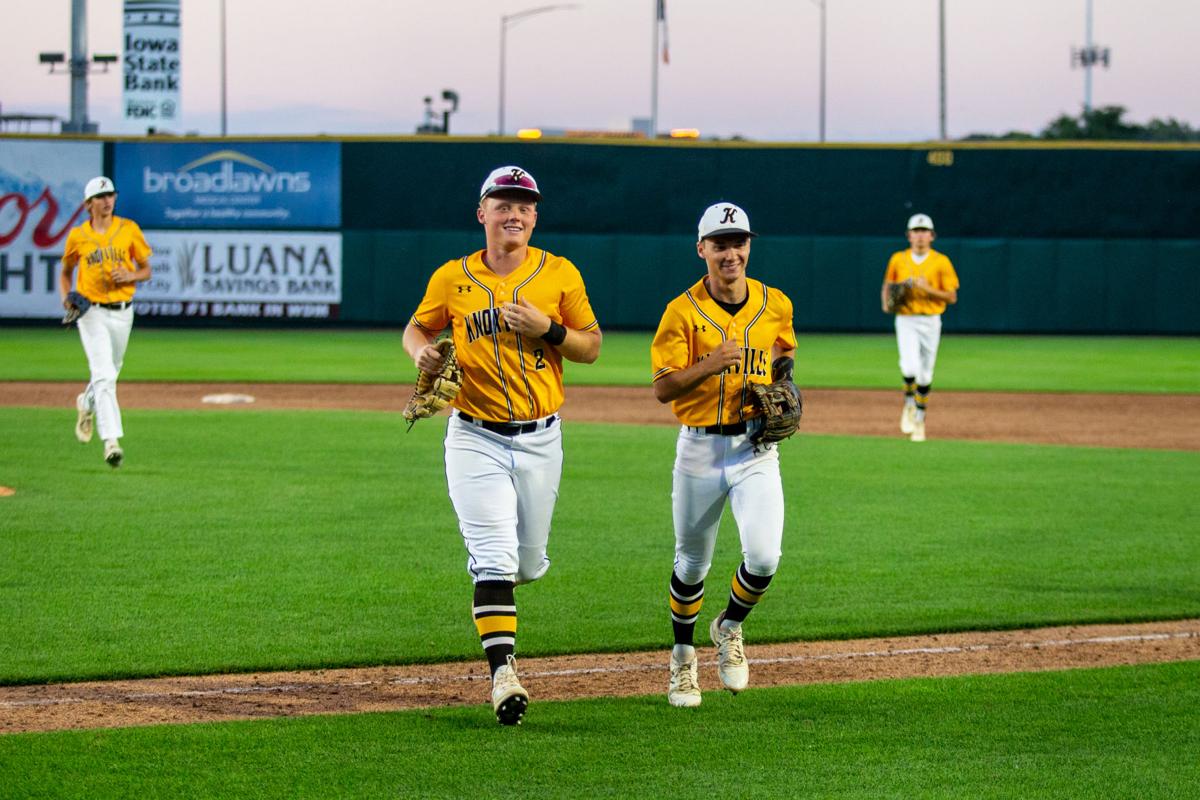 Knoxville's Ben Olson (2) and Colton Jones (3) jog back to the dugout. 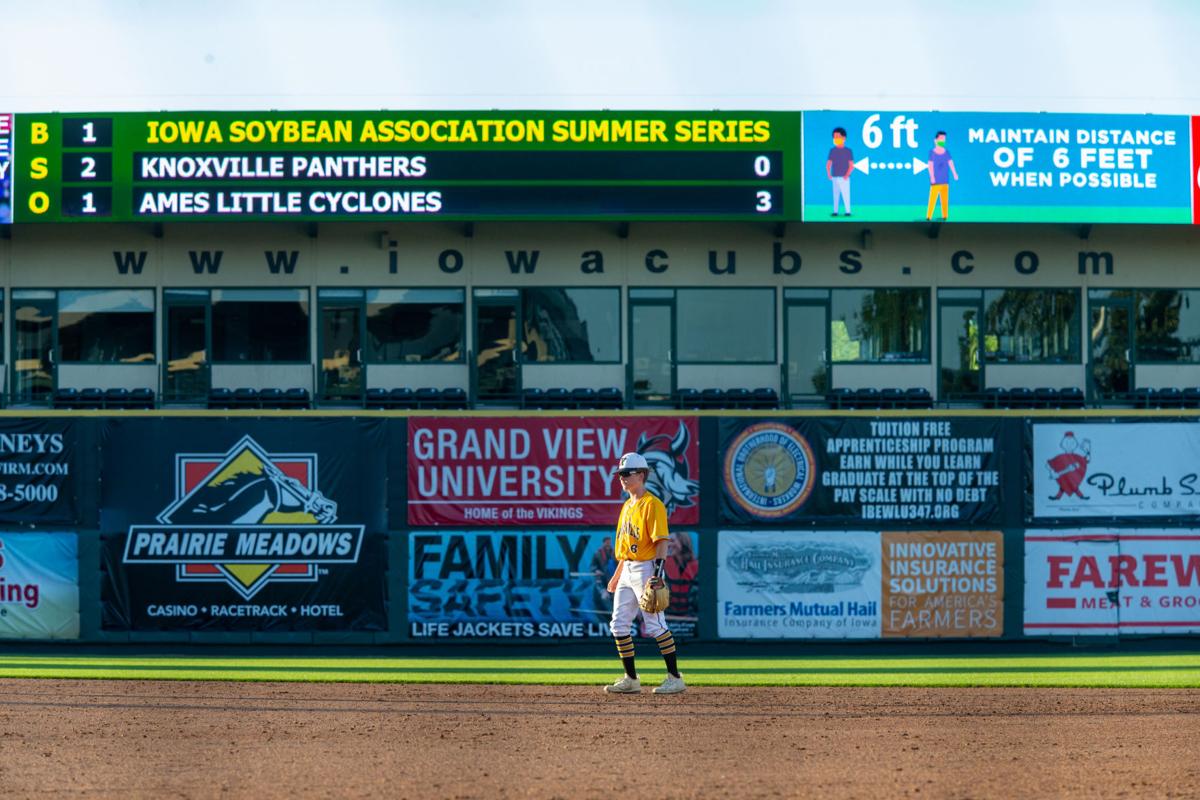 Knoxville's Luke Spaur looks on from second base. 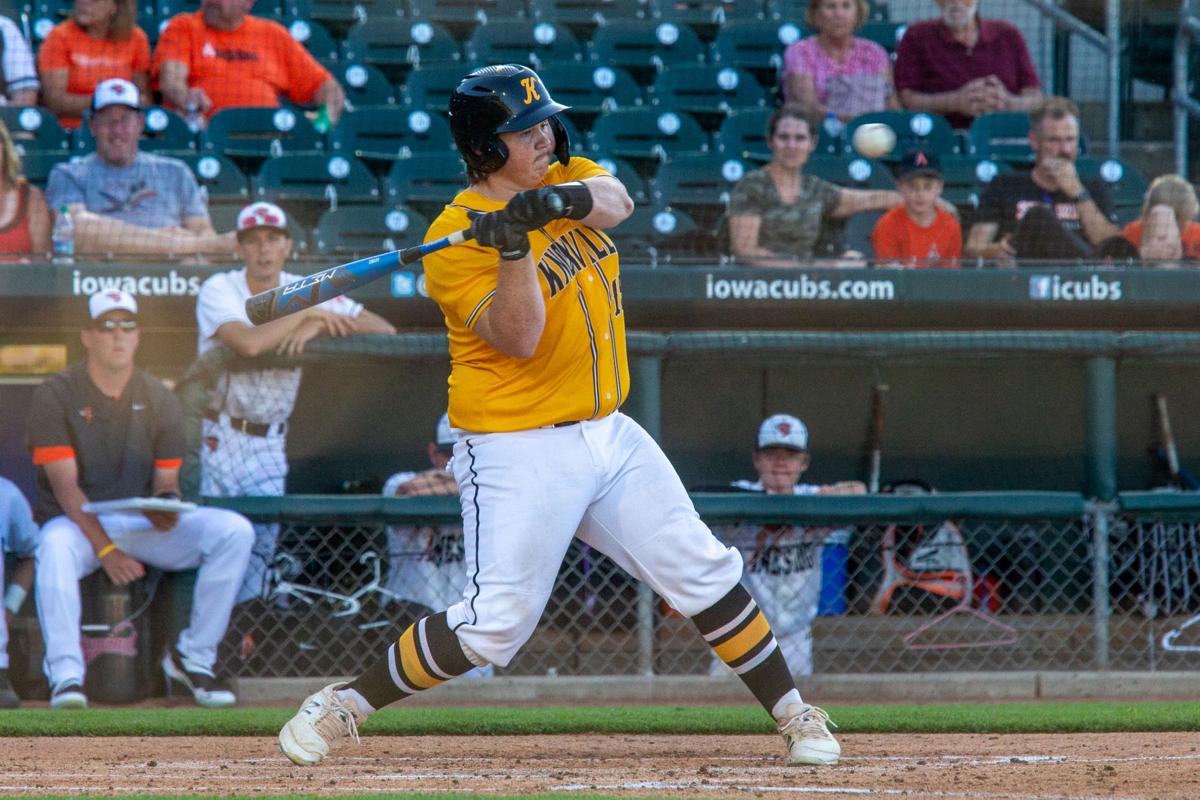 Knoxville's Bode Cox swings at a pitch against Ames. 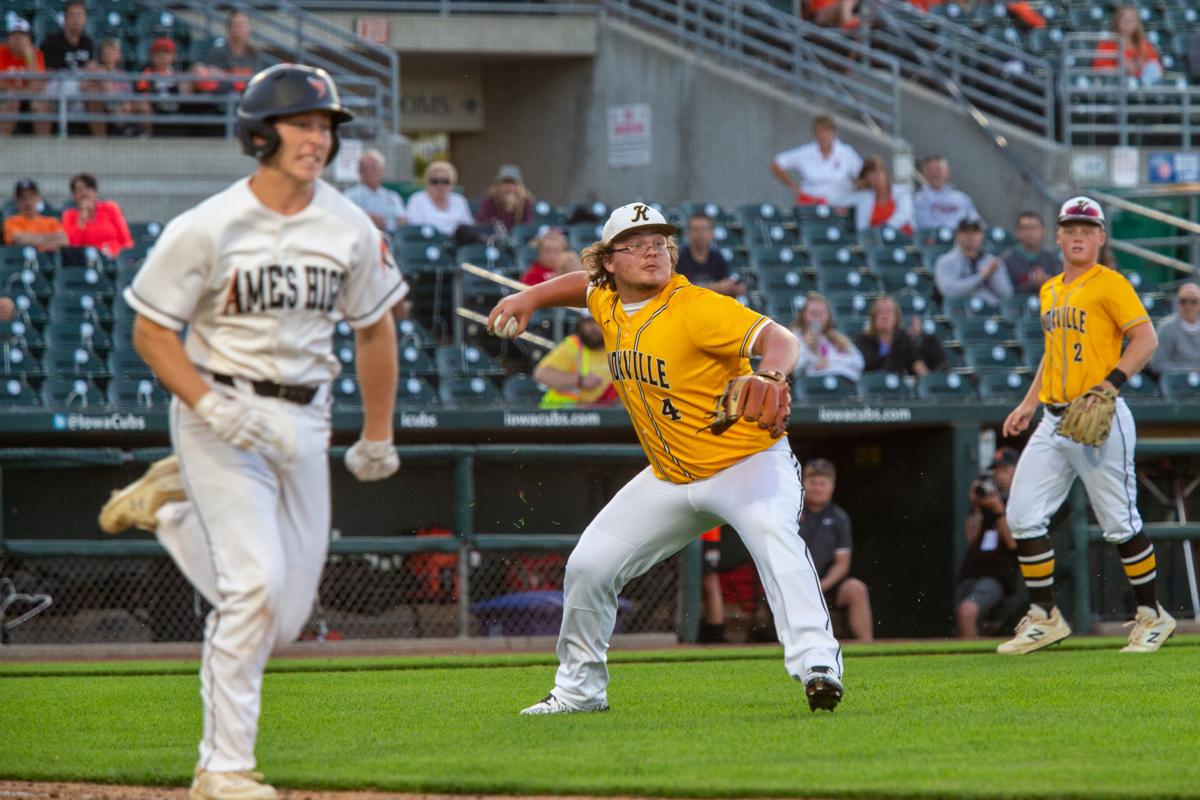 Knoxville's Ben Olson (2) and Colton Jones (3) jog back to the dugout.

Knoxville's Luke Spaur looks on from second base.

Knoxville's Bode Cox swings at a pitch against Ames.

DES MOINES — A tough night at the plate and a great pitching performance spoiled a special trip to Principal Park for Knoxville as they were shutout by Ames 5-0 in a special high school baseball summer series game where they play the state tournament.

The shadows crept in across the field as fans from both teams were scattered across the grandstand to abide by social distancing guidelines. Baseball was back at Principal Park.

Colton Jones got the start on the mound for the Panthers and would give up a pair of runs in the first inning thanks to a Ben Schwartz two-RBI double down the third baseline.

Schwartz would strike again in the third inning with an RBI single to put the Little Cyclones ahead 3-0.

Ames added a two insurance runs in the fifth inning for good measure as they threatened for more damage all night but Knoxville pitching would strand Little Cyclone runners on second and third on four different occasions.

Jones would pitch four innings for the Panthers giving up four runs, three earned, on four hits with four walks and five strikeouts. He was replaced by Blaise Hubler in the fifth inning. Hubler pitched the final two innings, giving up one run on one hit with one walk and three strikeouts.

Ames senior starting pitcher Cam Gallt was the story of the night as he was able to lock down the Knoxville offense.

Gallt earned the complete-game shutout, giving up just two hits and two walks with six strikeouts. The Panthers were able to get a runner on in six of the seven innings but weren’t able to get anyone into scoring position until the fifth inning.

Drew Robinson and Luke Spaur both had one hit for Knoxville.

The Iowa Cubs announced on Thursday that a Principal Park staffer tested positive for COVID-19. Both teams were notified and they are suspending all games at Principal Park until all staff members are tested.