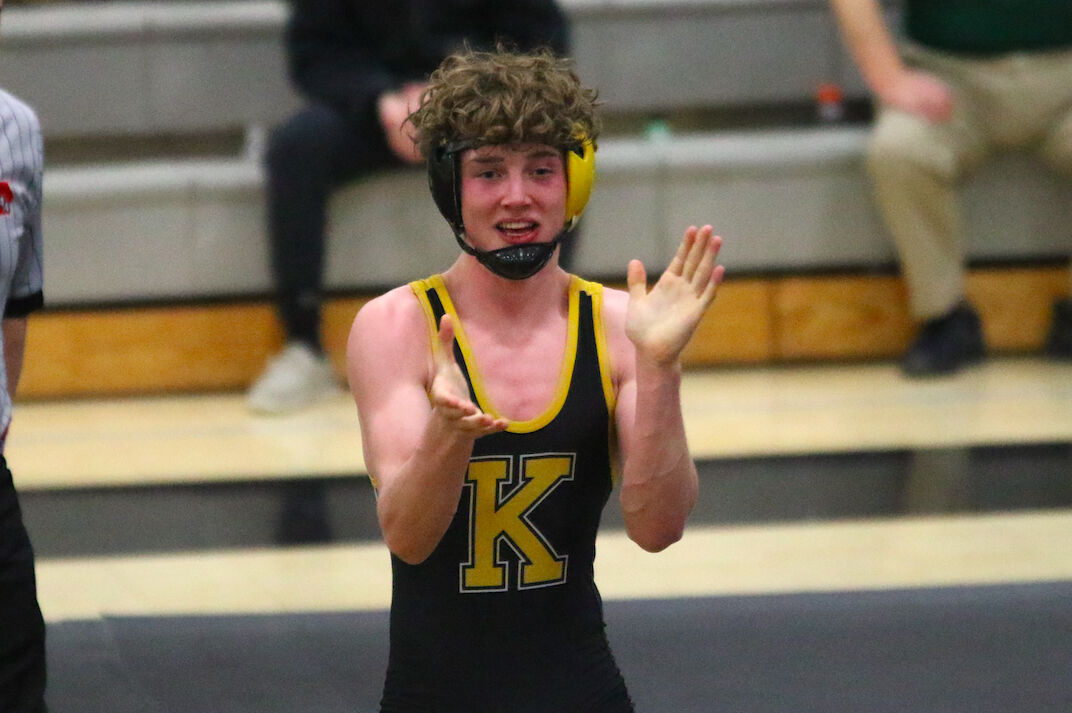 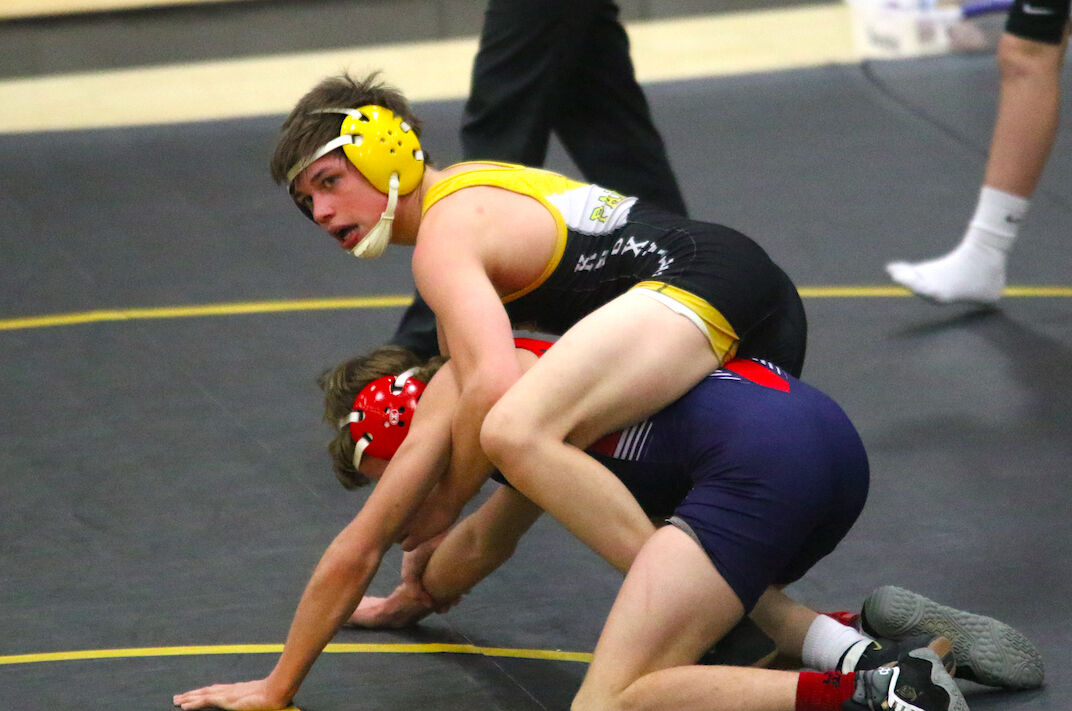 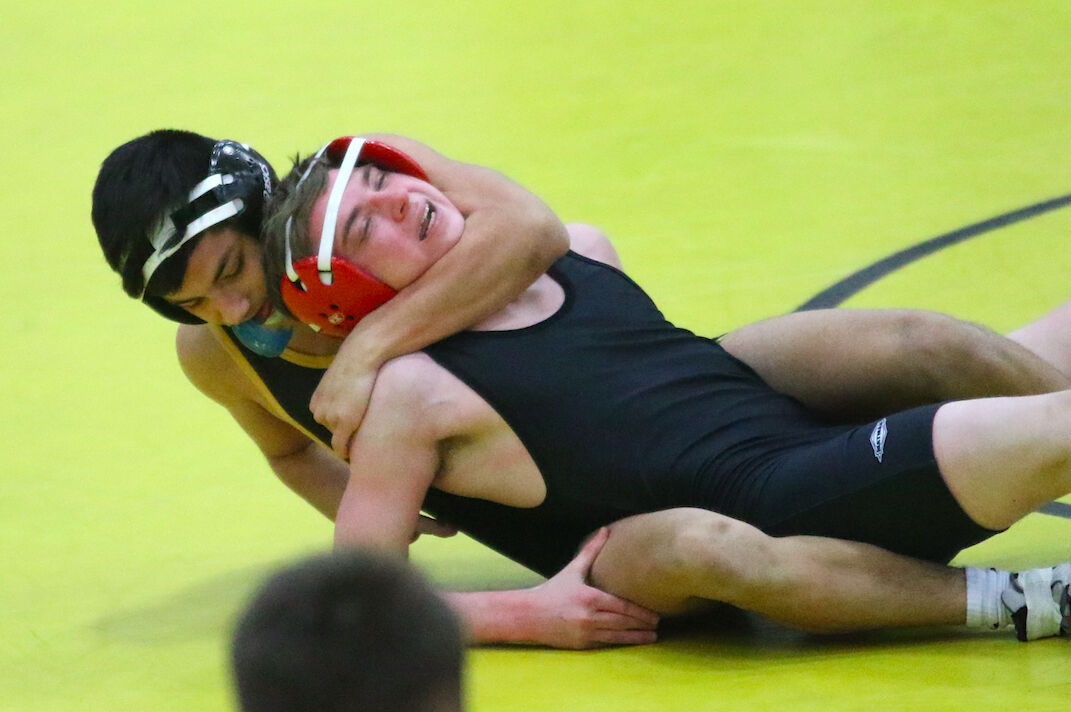 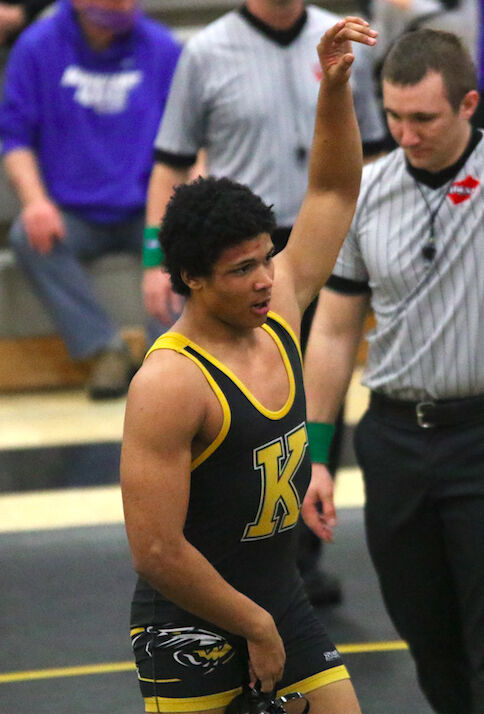 KNOXVILLE — A little bit of snow wasn’t going to stop wrestlers from starting on their journey to “The Well.” Flurries and frigid temperatures didn’t slow down an action-packed day of Class 2A Sectional wrestling in Knoxville on Saturday as four Panthers secured a spot at next week’s district meet while the team finished fifth with 147.5 points.

Marco Alejo, Daniel Gorskikh, Luke Spaur and Gavin Montalvo all punched their tickets to districts as all finished as runner-ups at their respective weights.

Alejo (20-8) was the first Panther to secure a spot at districts at 113 pounds. Alejo earned a first round bye to the semifinals where he would meet North Polk’s Brandon Freeman (18-13). Alejo controlled the match and would roll to a 11-3 major decision despite almost pinning himself a couple of times.

Alejo would face No. 5 Dalton Rowe (24-2) of Bondurant-Farrar in the finals. The two were tough defensively and they would enter the third period tied at zero. Alejo started the period up but would be reversed by Rowe, who held on for the 2-0 decision. There was no wrestleback so Alejo advanced to next week.

After Alejo, it was all about the wrestlebacks.

Gorskikh (16-11) earned a wrestleback at 126 pounds after picking a win by fall in the semifinals before being pinned by No. 3 Chase Fiser (35-2) of Bondurant-Farrar in the finals. Gorskikh would wrestle Ballard’s Lane Kahler (21-22) in a tough wrestleback. Gorskikh was trailing 3-1 entering the third period but would use us quickness well to score a late takedown to win the match by a 5-3 decision and advance to districts.

Spaur (23-5) entered sectionals as a one seed at 132 pounds. It ended up being a tougher day than he wanted. He started strong with a 20-3 tech fall over North Polk’s Issac Larson (17-13). Spaur would then suffer a tough 9-1 major decision loss to Ballard’s Reese Broer in the finals. That set up a high-scoring, high-tension wrestleback against Bondurant-Farrar’s Kanon Ekstam (13-6). Ekstam was doing his damage late in periods, scoring a late takedown to tie it up at 2-2 after one and a late reversal to cut the deficit to 6-4 after two periods. The two were tied at seven before a Spaur takedown gave him a 9-7 advantage with a minute left. Spaur would hold Ekstam down to get the win and advance.

Montalvo started his day with a third period pin over PCM’s Nate Richards (20-18). That sent him to the 182 pound finals against John Powers (32-5) of Bondurant-Farrar. The two were locked at zero after one period but it was late points that pushed Powers by. Powers scored a late escape in the second and a late takedown in the third to defeat Montalvo by a 3-0 decision. Montalvo’s wrestleback would be against Saydel’s Trevor Lause (14-14), who Montalvo would pin in the second period to grab a spot at districts.

At 138, Andon Trout was another guy that was sent to wrestlebacks. He started with a tough 5-2 decision win over William Herselius (4-4) of North Polk in the semifinals. He would then take No. 8 Gage Long (35-7) of Ballard to the brink with Long’s late takedown in the third period giving him the 3-1 win. Trout would need to win his wrestleback against Saydel’s Austin Chally (22-7) but just couldn’t get his offense going as he would suffer a 7-0 decision loss to take third.

Knoxville’s quartet will head to districts at Adel on Saturday at 12 p.m. with another top two finish securing them a ticket to the state tournament.