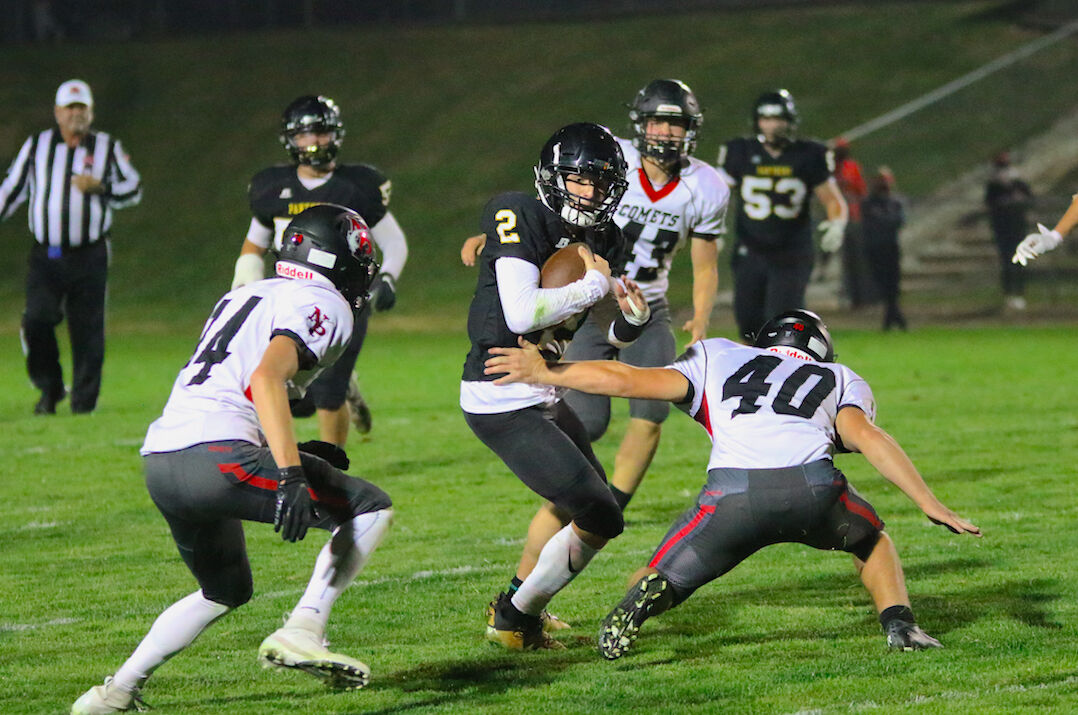 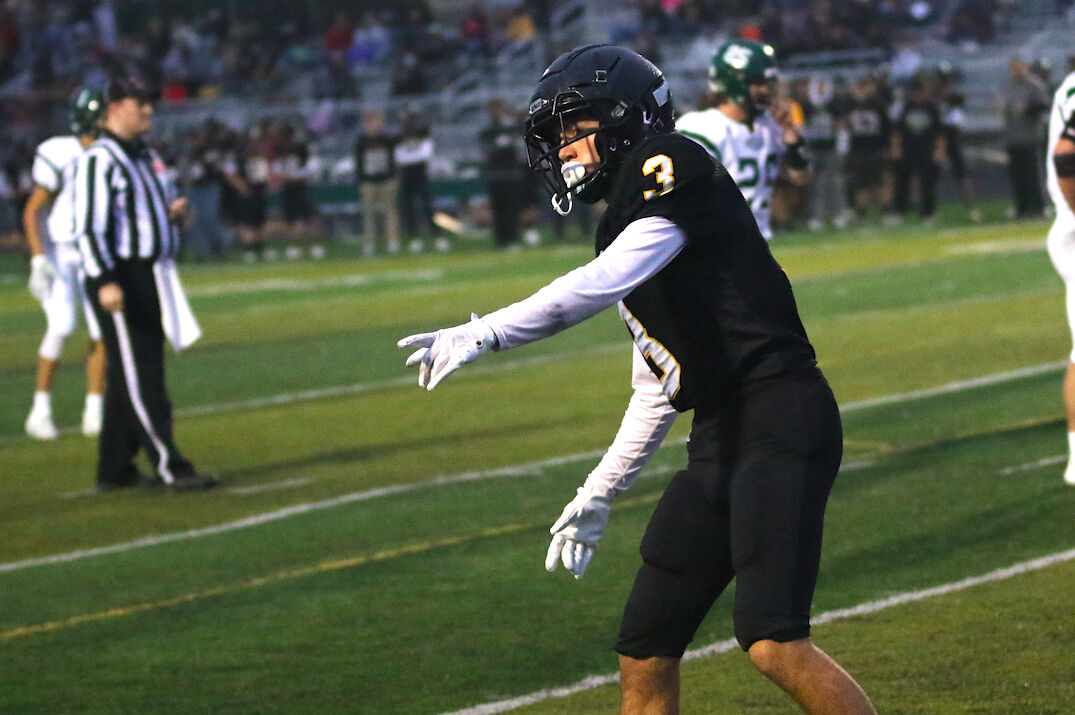 Knoxville's Mike Hudson lines up outside. 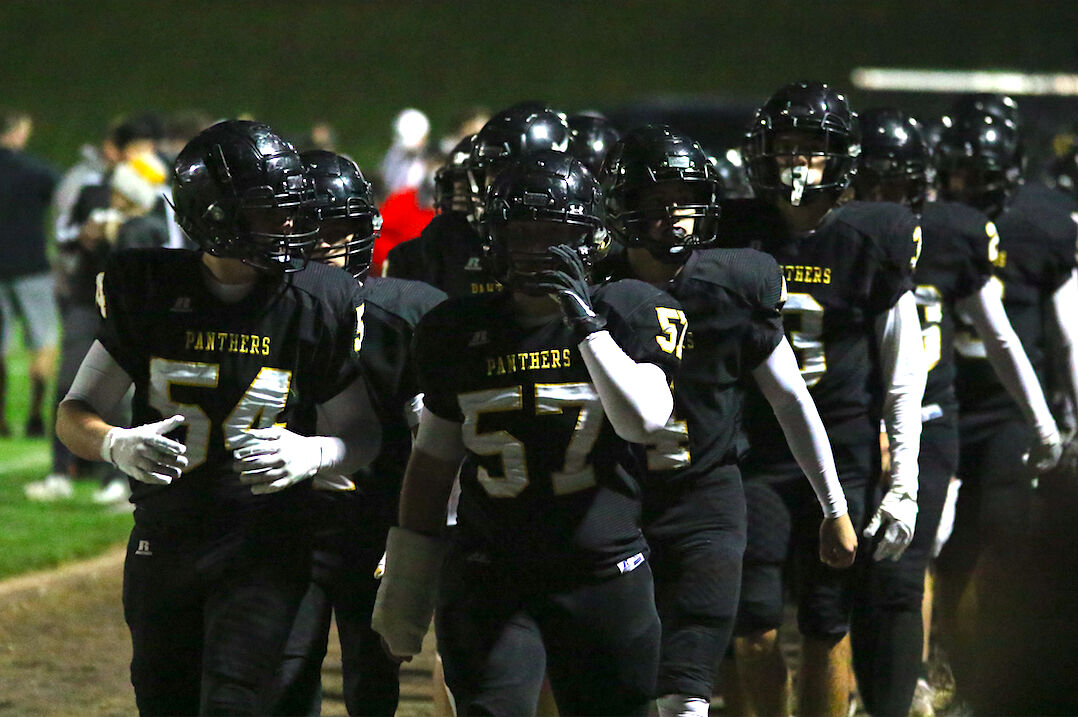 Knoxville's Brady Pearson (54) and Logan Clark (57) lead the Panthers to the field.

Knoxville's Mike Hudson lines up outside.

Knoxville's Brady Pearson (54) and Logan Clark (57) lead the Panthers to the field.

Nichols, a senior, battled through a preseason injury to play quarterback and corner for Panthers this year. He would pass for 298 yards with three touchdowns against four interceptions while running for another 186 yards and two touchdowns. Defensively, he finished with 17.5 tackles.

Hudson, a senior, was the go-to target in the Knoxville passing game. He ended the season with team-highs in catches (27), yards (353) and touchdowns (four). Hudson also played corner defensively and had 25.5 tackles.

Clark, a senior, was an active part of the Panther defense. The linebacker led the team with 41 tackles and one fumble recovery.

Pearson, a senior, was another big tackler this season. He would finish second on the team with 39 tackles.

Jaxon Zuck and Keegan Cox were both honorable mentions for Knoxville, who finished 2020 with a 1-7 record.