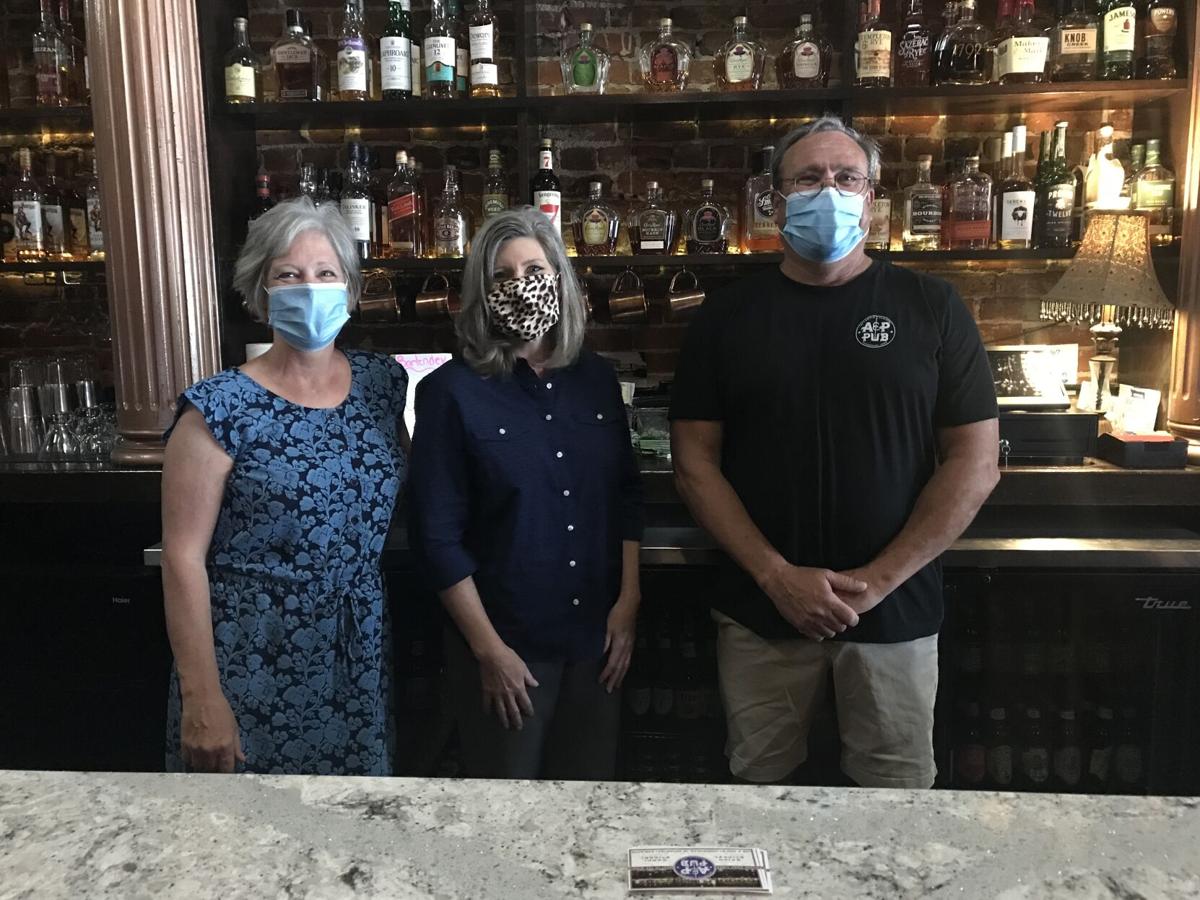 Owners of Atlantic & Pacific Pub Candi Stickel (left) and Brian Stickel (right) pose for a photo with Senator Joni Ernst (middle) after speaking with her about how COVID-19 has affected their business. 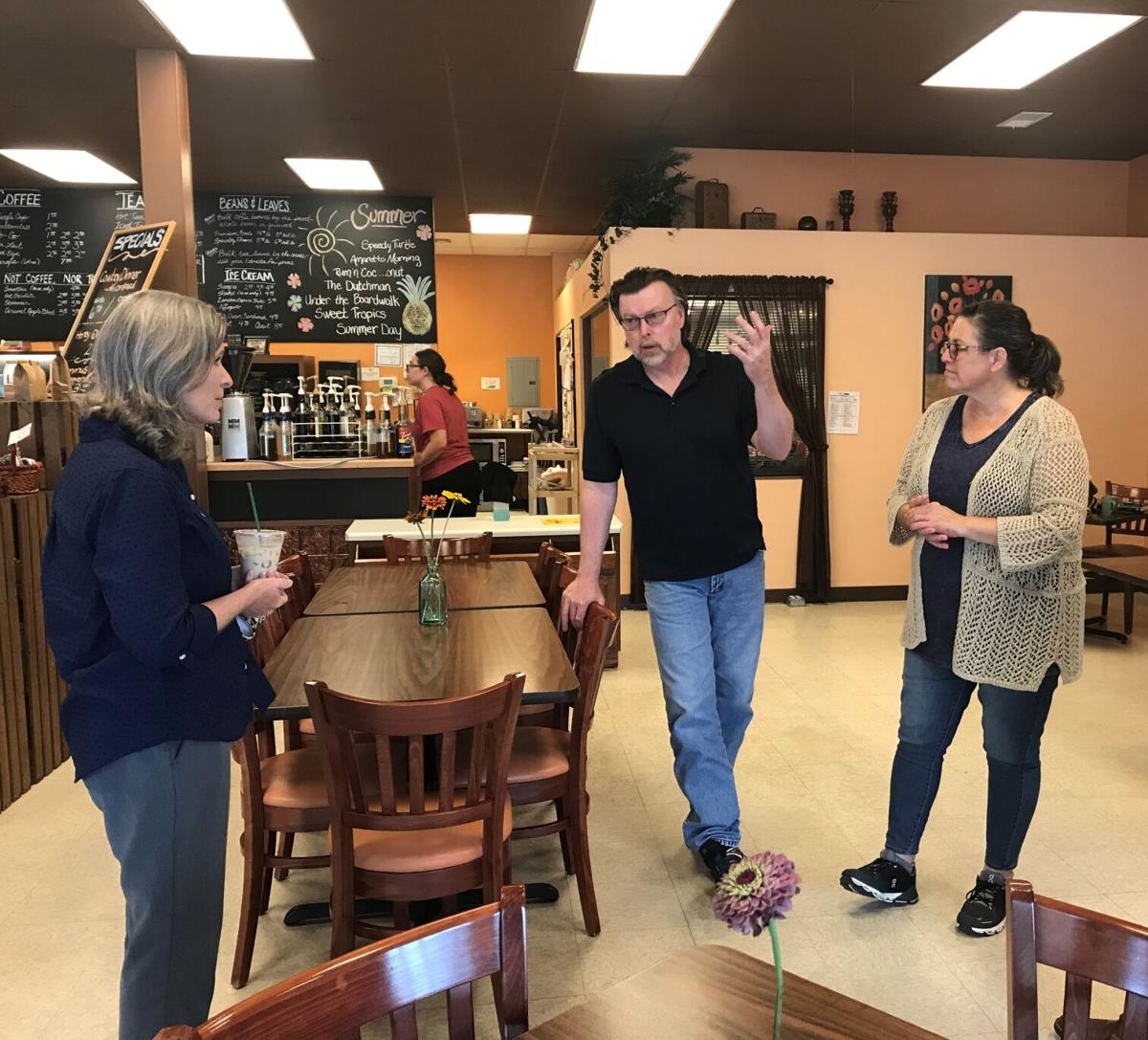 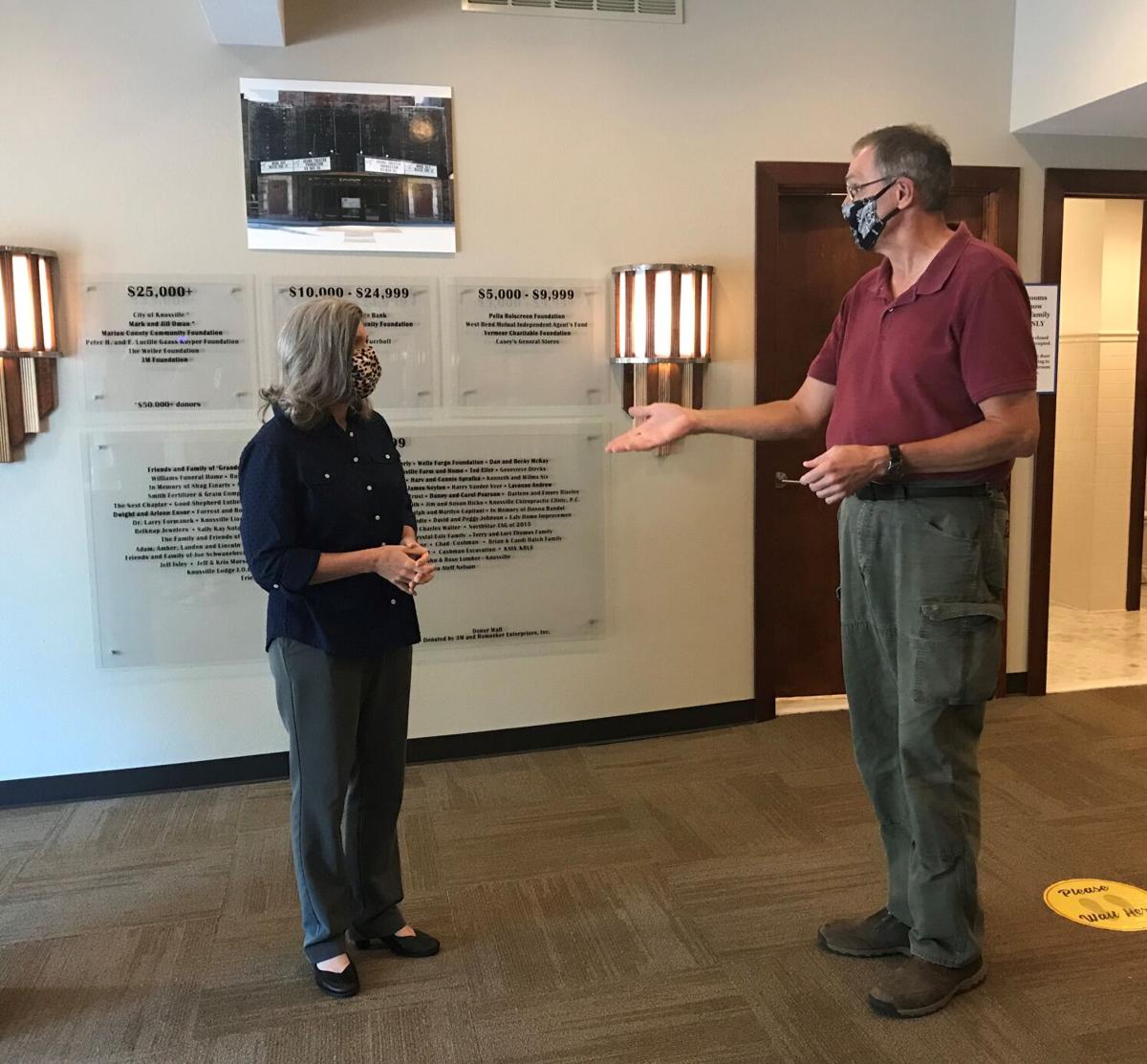 Sen. Ernst and Sean Skeehan, executive director at the Grand Theater, discuss the affects of COVID-19 on the theater's revenue. 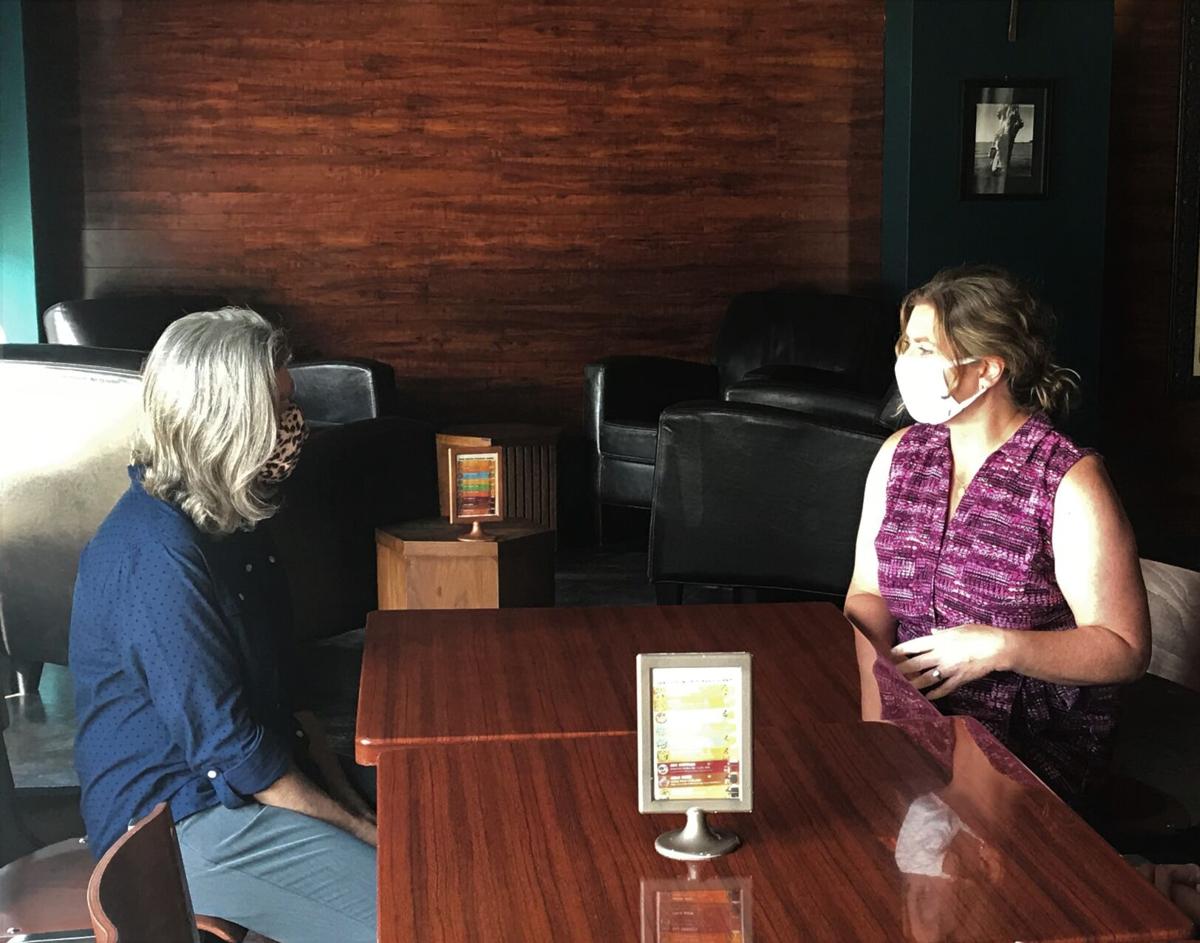 Owners of Atlantic & Pacific Pub Candi Stickel (left) and Brian Stickel (right) pose for a photo with Senator Joni Ernst (middle) after speaking with her about how COVID-19 has affected their business.

Sen. Ernst and Sean Skeehan, executive director at the Grand Theater, discuss the affects of COVID-19 on the theater's revenue.

KNOXVILLE — Senator Joni Ernst made a stop in Knoxville to hear from local business owners about how they’ve been affected by the COVID-19 pandemic.

Local business say they were able to stay afloat during closures because of the Payment Protection Program, or PPP. The program is a loan designed to provide a direct incentive for small businesses to keep their workers on the payroll. The Small Business Association (SBA) will forgive loans if all employee retention criteria are met and funds are used for eligible expenses.

According to Dylan Morse, Knoxville loan officer at Marion County Bank, 320 PPP loans have been distributed to businesses in Pella and Knoxville. The loans are estimated at a total of $40 million, and about 86% of businesses are under the $150,000 loan threshold.

“For a lot of folks, these loans were really make-or-break,” says Morse.

Candi Stickel, owner of Candi’s Flowers and co-owner of Atlantic & Pacific Pub, says both businesses have already used the entirety of their PPP loans.

“Now that PPP is gone, a couple thousand dollars a week was coming out of my shop [Candi’s Flowers] just for employees and taxes, so I’ve been struggling with that,” says Stickel.

“The challenge, and before the rules were changed, was using the money before June. We opened on the 27th but had received the loan the first of May, and we thought, how can we use this money if we can’t be open?” says husband and co-owner of A&P Pub Brian Stickel.

“That is what we’ve heard, especially for those who are in the hospitality industry who were not able to open up because of restrictions,” says Ernst. “They were the hardest hit.”

Ernst says she is currently working on and supports a second round of PPP funding for those businesses who need it most. According to Ernst, there is still $100 billion+ still available in the fund.

“We’ve already allocated the money, and the need is still there,” says Ernst.

It’s also been difficult for local businesses to get back on their feet because of social distancing and limited capacity requirements. For the Grand Theater, filling seats even at 50% capacity has been a struggle because there have been no new movie releases since the pandemic.

“Four months from mid-March through July a year ago, we made about $110,000 in revenue,” says Executive Director Sean Skeehan. “For the same four-month period now, it’s less than $4,500. That’s about a 95% decrease in revenue.”

Similarly, much of Peace Tree Brewing’s revenue comes from hosting events and festivals, especially during the summer season. Because of COVID-19, the brewery has had to cancel them, including their 10-year anniversary celebration back in March. Like Atlantic & Pacific Pub, revenue has been down because of a decrease in patrons in the taproom.

Local restaurants, like Baggio’s, has also had difficulty bringing back or hiring new employees. Owner Baggio Qerimi went from 13 employees at the end of March to one server and one cook throughout the month of July.

“Business wise, we are about 25% lower in revenue than what we usually are,” says Qerimi. “But we are still okay. The Knoxville community really supports us.”

Ernst says she plans to take these key concerns to the White House to push for more grant and loan dollars for small businesses through the federal government. She also hopes to get clearer guidelines from the Center for Disease Control when it comes to preventing the spread of COVID-19, including the use of face masks.

“CDC guidelines on what people should be doing in public to protect themselves has been very confusing,” says Ernst. “We need to make sure we have very clear recommendations. That is outside the purview of Congress, but it’s certainly something that we can encourage to get better guidance from the CDC and our health departments. That’s something I can communicate to them.”