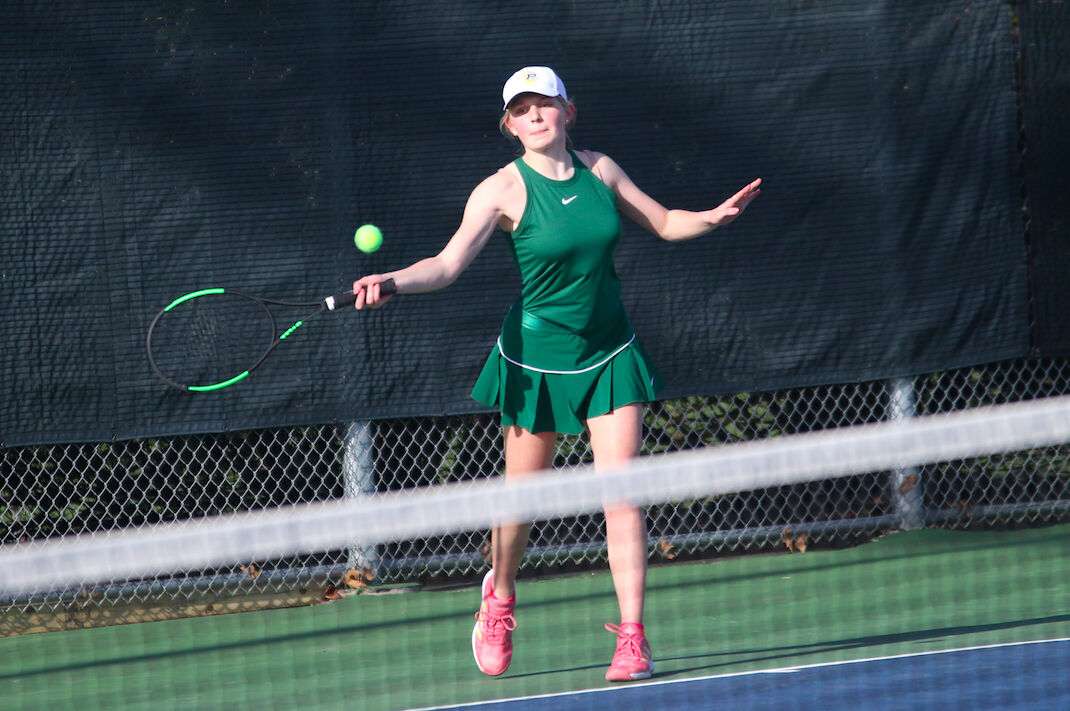 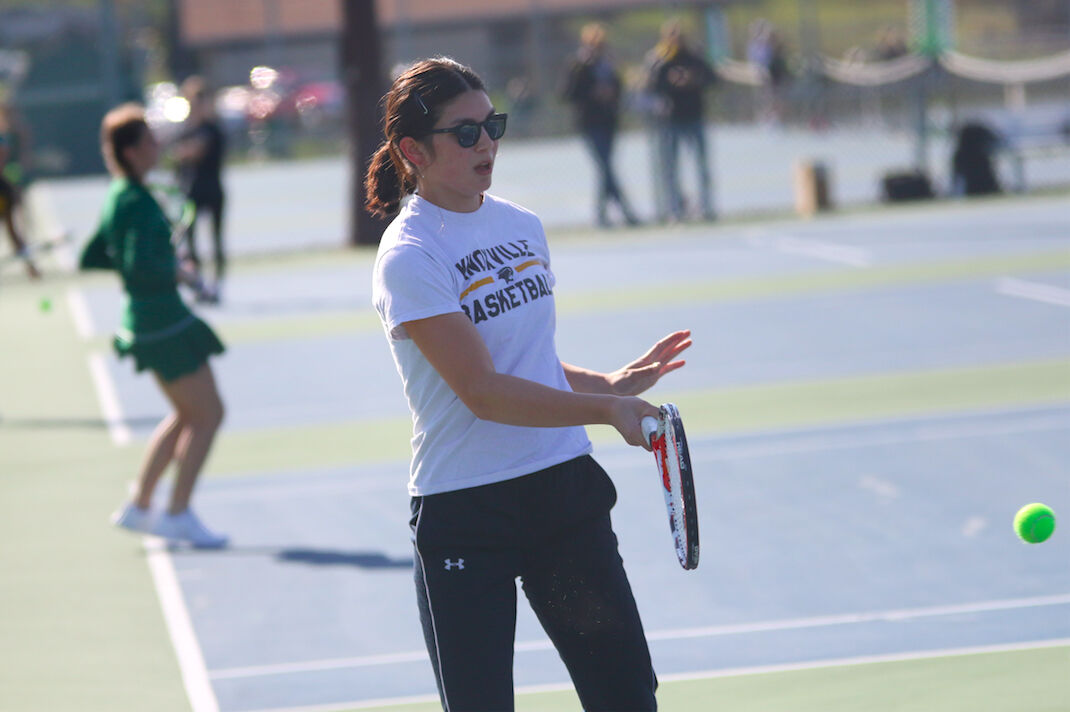 PELLA — The sun was out, the breeze was light, spectators lined the fences and the Pella girls tennis team made their return to the courts on Thursday against Knoxville. The depth of the Lady Dutch proved to be the difference as they rolled to an 8-3 victory over the Panthers.

“It was really nice to be back out on the courts,” Pella head coach Josh McCollam said. “We didn't really know what to expect with basically a brand new roster from what we had two years ago. So really nice to kind of see where we are competition wise against another school.”

In the top three, Pella freshman Emily Blom battled to defeat Knoxville senior Josalin McKeever 6-3, 6-2. Knoxville would pick up a pair of bounce back wins in the No. 1 and No. 3 matches.

Pella’s Amelia Poe would drop the first set to Knoxville’s Olivia Masdaam 6-1 but would come back to edge Poe in the second set 7-6 to force the tiebreaker, but Masdaam hit a couple of nice shots to pick up the tiebreaker 10-8.

In similar comeback fashion, Pella’s Noelle Ruckman overcame a slow start that saw her drop the opening set 6-0 to Knoxville’s Alyssa Vaske. Ruckman would answer by taking the second set 6-3 before losing the tiebreaker 10-5 as the Lady Dutch led 4-2 going to doubles.

Pella’s depth once again took care of business as Singer and Kelpe defeated Tiller and Dailey 6-0, 6-3. Pella’s Demrie Vander Leest and Jade Chapman would team-up to defeat Knoxville’s Kate Schneider and Elle Ensor 6-0, 6-0 and Mallory Westerkamp and Jenna Miffin would win by forfeit in the fifth doubles match due to Knoxville not having enough girls.

Blom and Ruckman showed well for the Lady Dutch as they would end up with a 6-3, 6-0 victory over Vaske and Streigle.

The final match of the night was a good one between Poe and Else against Masdaam and McKeever.

"We know some of the things we really need to focus on in practice now that we have had a couple of meets,” Knoxville head coach Nick DeMoss said. “We will work on those over the next four practices before we host Centerville in our first home meet since 2019. I am really impressed with how we have done so far and I hope we are able to continue to improve our game and compete for wins."

All three of Pella’s loss came in tiebreakers but McCollam liked his girl’s battle and ability to bounce back during a match.

“What impressed me the most was probably their ability to bounce back after tough shots or even after their last game or a last set,” McCollam said. “We’ve had quite a few bounce backs with slow starts which was pretty impressive to me.”

With a largely inexperienced group, this was a first entry in the season to build off of as they look to continue to improve as the season progresses.

“We’ve got to work on some of the footwork stuff and some of those fundamentals,” McCollam said. “And then doubles pairings and teamwork things, getting used to your doubles partner or maybe even rearranging doubles partners to find the right matches. It was the first time playing singles for every one of our singles players, and first time playing varsity at all for most of them so gives us a nice little measuring stick to start the season.”