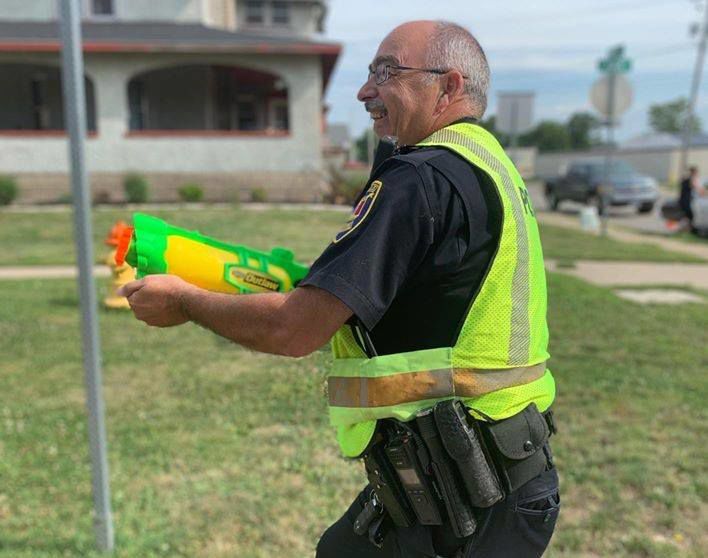 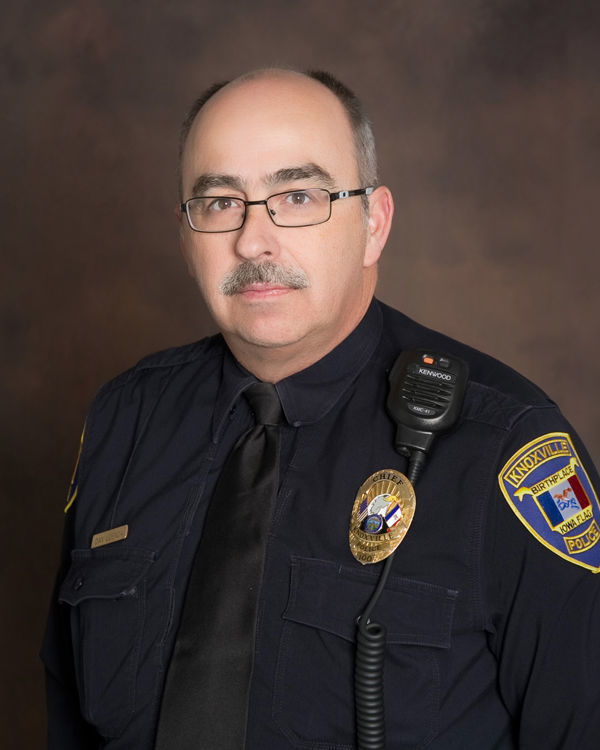 After 15 years, Chief Dan Losada is saying goodbye to the Knoxville Police Department.

Raised in Syracuse, New York, Losada always knew he wanted to pursue a career in public service. He was intent on a career in the military during high school, but his parents weren’t quite on board with the idea.

“My mother has a family friend, who at the time, was a colonel in the Army Nurses Corp., and my mother made an arrangement for me to visit the colonel’s base,” says Losada. “She had a sergeant show me around. What I understand now, but what I didn’t understand then, was that the sergeant was under orders to make sure I didn’t go into the military. I say it came from my mother, but to this day, she still denies she did that.”

For Losada, law enforcement was a close second. He received his bachelor’s degree in criminal justice at the Rochester Institute of Technology in New York. Post-graduation, he accepted a job in Liberal, Kansas, and spent eight years with the department.

Losada and his new family decided they needed to get out of Liberal. He accepted a job in Hastings, Nebraska and worked in the police department for 12 years. While there, he became a sergeant.

“I was in charge of everything,” says Losada. “I did community service, internal affairs, a little bit of everything.”

Losada worked for several chiefs, and it was his last chief who took him under his wing. He encouraged Losada to attend the FBI National Academy, a highly-advanced school for law enforcement. It took Losada three years to be accepted.

“I attended the academy, and when I got back, the chief called me into the office and told me it was time to leave,” says Losada. “He helped me with my resume, my cover letter and my interview skills.”

“Early on in my career, I had set to goals for myself,” says Losada. “I wanted to attend the FBI National Academy because it was a prestigious thing, and I wanted to become a chief, so I’ve accomplished both of my goals.”

Losada has faced many challenges throughout his 38 years in law enforcement. He started his career with a pencil and a bottle of white-out in his pocket; now, he carries a laptop with him in his police car.

“Trying to keep up with the changing technologies has always been a challenge,” says Losada. “Law enforcement was always at least one step behind. Something new would come out and be used in the general public, and then they’d try to adapt it for law enforcement use.”

The first police car Losada drove did not have a cage or a camera. Transported prisoners also sat next to officers in the front seat.

“There are lots of things I did early on in my career that are illegal now, just because of today’s training standards,” says Losada. “Over 38 years, I’ve seen the professionalism of the profession increase in quality tremendously.”

“I have a lot of fun with that parade,” says Losada. “It’s more relaxed, more fun. The squirt gun fights we have along the route are my favorite memories in Knoxville.”

After 38 years, Losada’s favorite part about his job is simple: helping people.

“The fact that I come to work and have the opportunity to help people means a lot to me,” says Losada.

Looking back on his career in Knoxville, Losada says he will always be amazed at how receptive the community was to him coming in as an outsider.

“That’s not always been the case in my career,” says Losada. “The fact that I was not from the area meant that I was treated differently than other people, but that was never the case in Knoxville. I proposed many changes throughout by career here, and for the most part, they were willing to accept my opinion and try these changes. I think most of them worked out for the best.”

Losada’s last day with the police department is May 15. He is looking forward to relaxing in retirement and visiting a new grandchild on the way. He is also excited to visit his parents, children and grandchildren on the east coast.

“The big thing I’d like to say to the Knoxville Community is ‘thank you,’” says Losada. “If you think I was a success, you need to thank the officers that I worked with. I am just a reflection of what they did. I might have given direction, but they’re the ones that actually did all the work. I thank the community for letting us serve them, and I hope, years from now, they will think that I did a good job … I gave my heart and worked hard.”

Emily Hawk can be reached at ehawk@pellachronicle.com or by calling the Pella newsroom at 641-628-3882.

Emily Hawk can be reached at ehawk@pellachronicle.com or by calling the Pella newsroom at 641-628-3882.