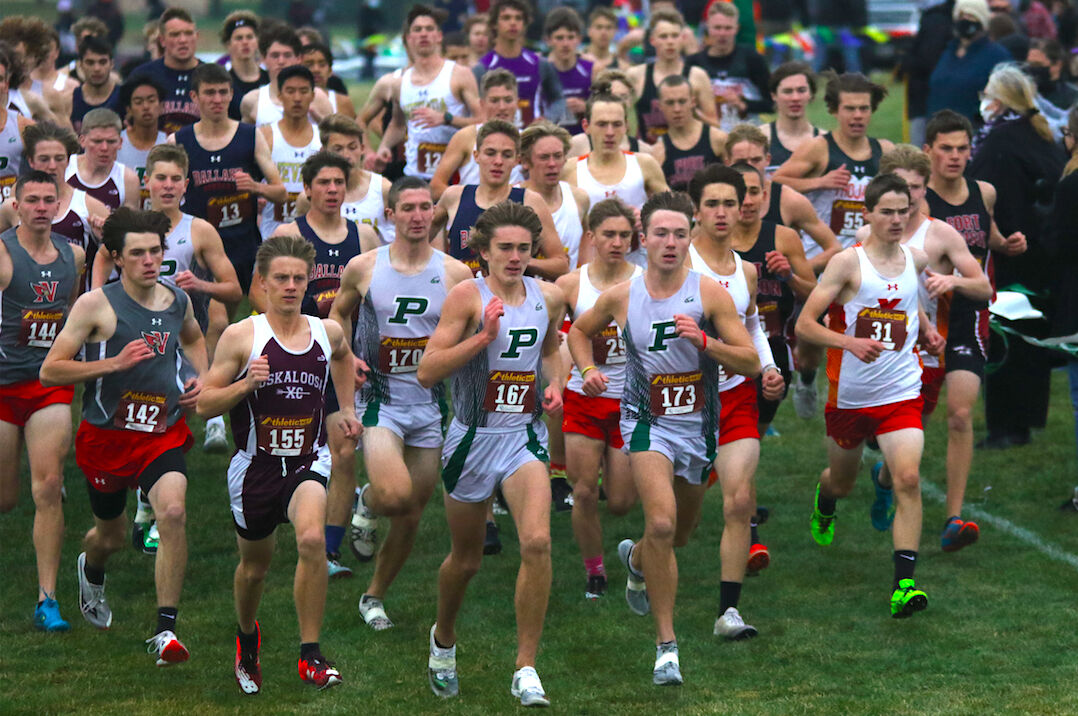 The boys get out in front at the State Qualifier Meet. 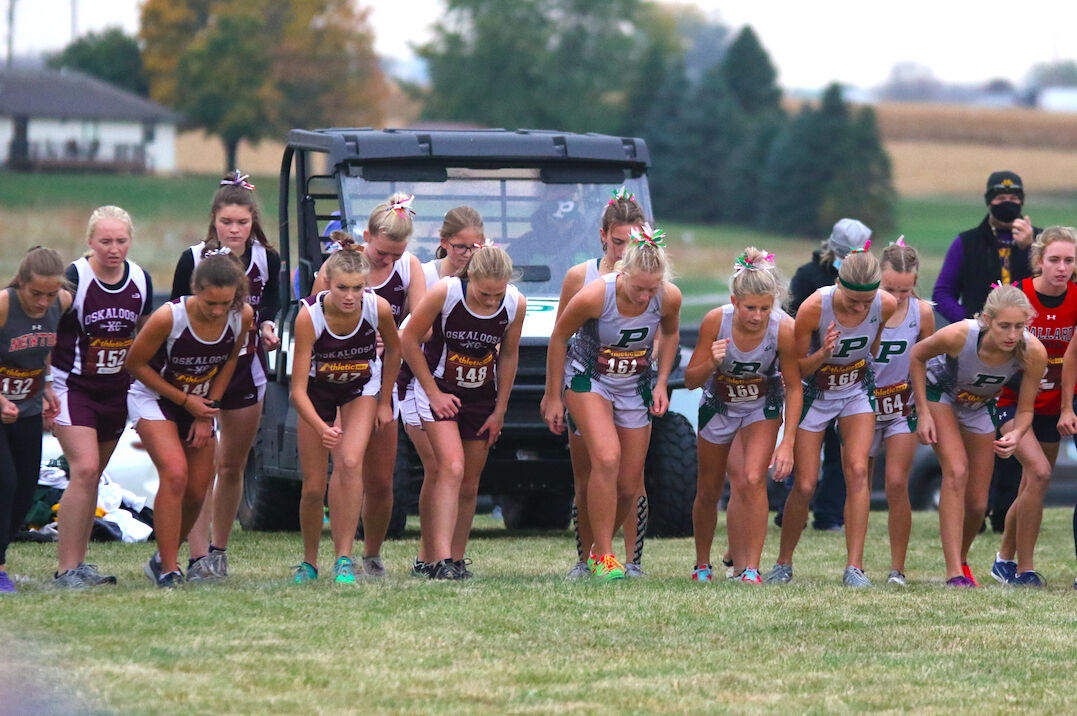 Runners from Oskaloosa and Pella get ready for the start of the race. 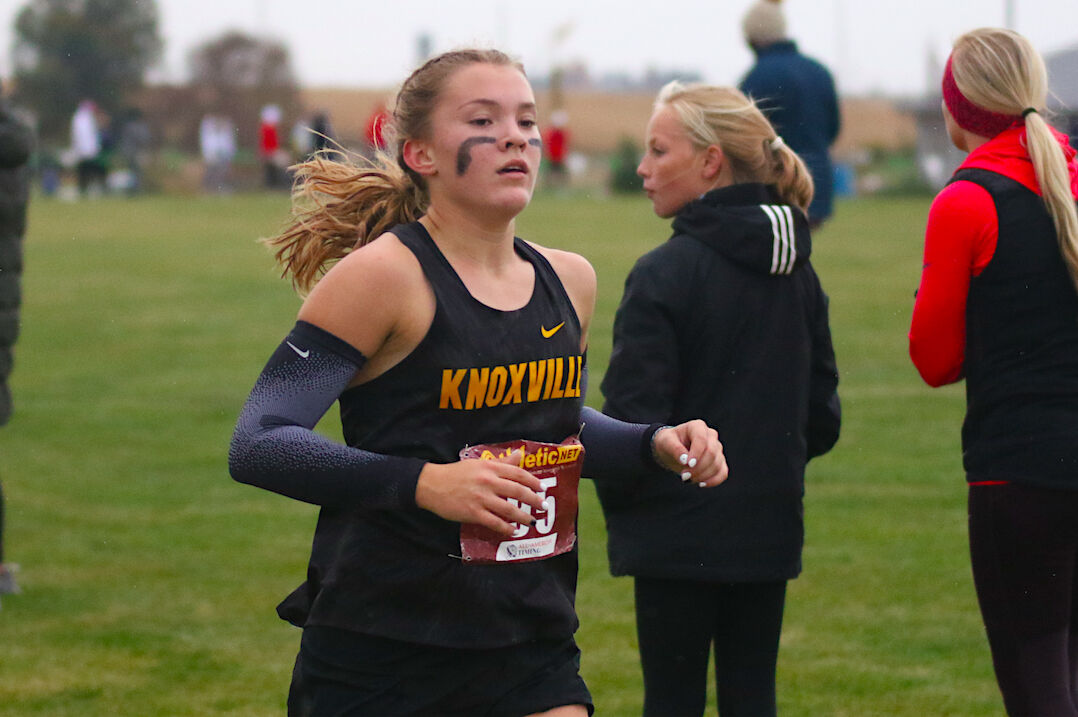 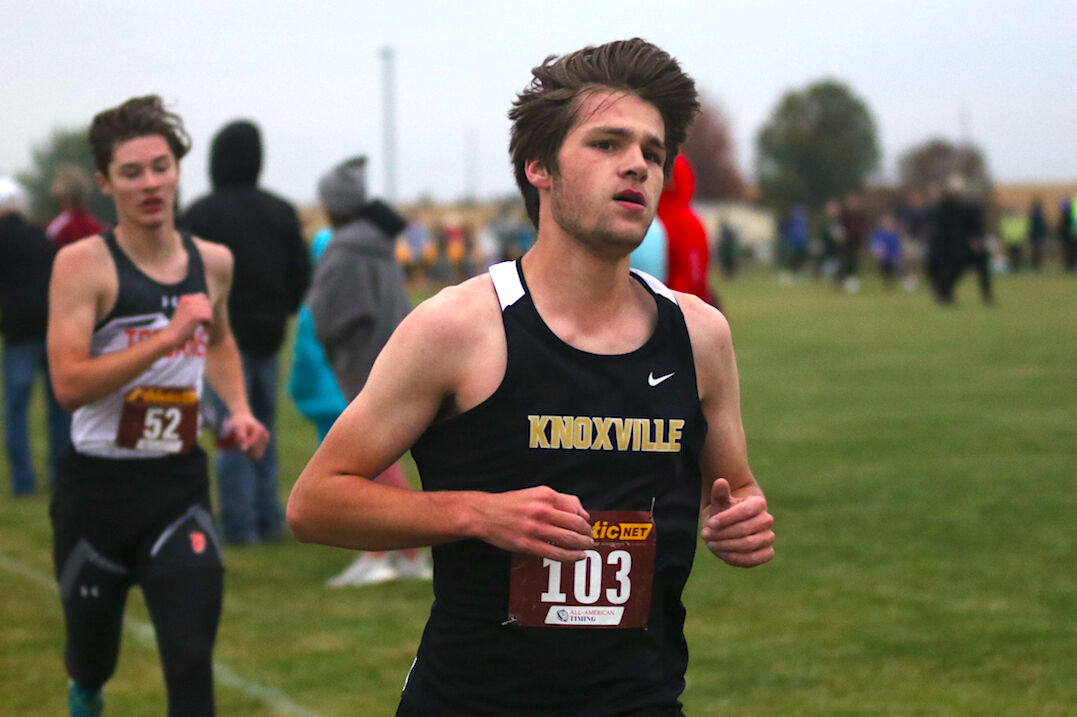 Knoxville's Seth Walraven qualified for the state meet after his 14th place finish.

The boys get out in front at the State Qualifier Meet.

Runners from Oskaloosa and Pella get ready for the start of the race.

Knoxville's Seth Walraven qualified for the state meet after his 14th place finish.

PELLA — On a cold, cloudy day in Pella, several area athletes were able to punch their tickets to next week’s State Cross Country Meet in Fort Dodge.

Pella led the charge with the boys taking first place and the girls impressing with a second place finish to both qualify as a team.

Oskaloosa is sending Patrick DeRonde back to the state meet for a second year in a row while Knoxville will send a pair of runners this year with Norah Pearson returning for the girls and Seth Walraven qualifying for the boys.

The girls would kick start the day and the top three finishers, who will be competing for a state title next week, paced the field.

Behind those three, running comfortably ahead of the next several runners, was Knoxville’s Pearson. The sophomore would take fourth place with a time of 19:24 and punch her ticket to state for a second year in a row.

The Pella girls ran to a second place finish with 63 points thanks to five top 20 finishes and two in the top 10. The Lady Dutch finished behind top-ranked Ballard (24 points) and ahead of Carlisle (93 points).

Although it was a home meet for Pella, it was a new course for them at Pella Sports Park after having run at Central all year. But the team made sure to get in their practices there recently and it paid off in a big way on Wednesday.

“We’ve been running that course every single day for the past week through wind, through cold and everything,” Pella senior Ashley Blommers said. “So we’d known where the roots were and everything like that so we were pretty confident on spots and where the good parts and bad parts were.”

With two ranked girls teams at the meet, Pella knew they would have to run well to crack the top three. They figured they ran well but they had to wait until after the boys race to find out if they were heading to state.

“It was really nerve-racking because at the beginning we didn’t know and we just had to keep telling ourselves ‘when not if,’” Blink said. “We had to have a lot of faith and believe in ourselves.”

With the second place finish, Pella secures their 16th straight trip to the state meet.

The Oskaloosa girls would finish 10th as a team with 238 points.

"The team results were not what we wanted but we put our best foot forward and that was what we earned,” Oskaloosa head coach Michael Comfort said. “We return a lot next year so hopefully we can grow from it. We thank our seniors Paiven Knoot and Abby Lumsden and wish them well.”

The boys were up next with Pella coming in as the favorites and they came through by taking first with 40 points and all five finishing in the top 15.

Tony Schmitz was running with the front of the pack until the last mile where he kicked it in another gear and pulled ahead to win the race with a time of 16:33.

“Up to that point I was feeling pretty good and I still felt like I had pretty good kick left in me,” Schmitz said. “Since I was up with the front group, I felt if I got ahead of them a little bit and kicked in at the end of the race, I could outdistance them. I tried to find another gear that last mile and I was able to carry it through the last 800 and it ended up pretty well.”

Chase Lauman (7th, 16:54) and Nathan VanderWaal (8th, 16:55) both cracked the top 10 and were able to take advantage of rather flat course and great running conditions.

“I think it was kind of an advantage for us,” VanderWaal said. “We talked about before the race, no matter how the weather was, we were going to stay positive and stay confident that we were going to run good. Obviously we had to bundle up a little bit but I think we did really well in it.”

Akira Lopez claimed 11th at 17:04 while Josiah Wittenberg took 13th at 17:09. For Lopez, he has been working his way up through the lineup this season and he feels he still has more to give at the state meet.

“I’m still trying to get use to this place up here because I’ve never really pushed myself my hardest, yet,” Lopez said. “I’m kind of just waiting until state to go full out but being here in this position has pressure but I feel comfortable where I’m at and I know I can help everyone else.”

Wittenberg was running up front before a couple of late pushes by other runners saw him take 13th. He has been impressed by his teammates and he knows that it will take guys one through five for them to reach their goal.

“Even if someone is having a bad race, there is always someone to take up that place for us and to continue to push us a team,” Wittenberg said. “We have to run down DCG at state so it’s good to know that we are all making progress toward that goal.”

Oskaloosa finished in ninth as a team with 225 points but will send DeRonde back to state for a second straight season. DeRonde ran well with the lead group and would take fifth place with a time of 16:52.

"I'm proud of Patrick for qualifying for state for the second year in a row,” Comfort said. “While expected, it is still something we don't take for granted. He has had a great season."

Knoxville’s Walraven was able to squeak into the top 15 needed to qualify for state. The junior took 14th with a time of 17:11, seven seconds ahead of 16th place. He will join Pearson in representing the Panthers at state.

Ran and lightning wiped out the award ceremony of the state banners and medals and sent everyone running for their cars. Typical 2020.

The 3A State Cross Country Meet will be on Friday at Lakeside Golf Course in Fort Dodge. The girls will run at 3:30 p.m. with the boys following at 4 p.m.