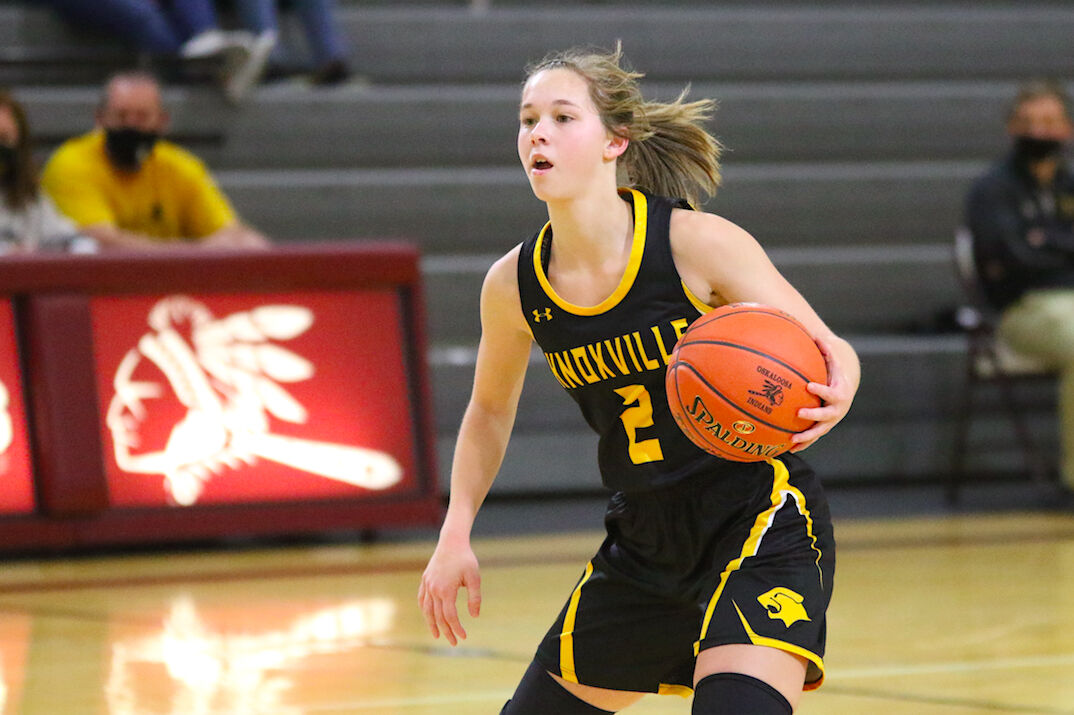 Knoxville's Maggie Wilkins sets up the offense in a game earlier this season. 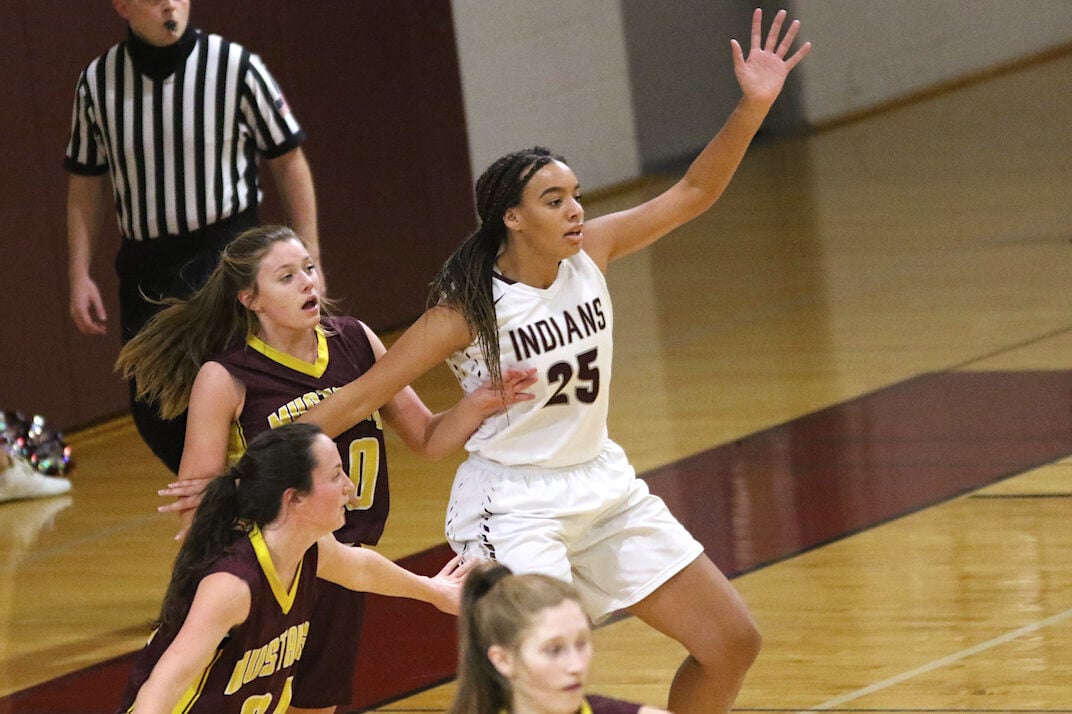 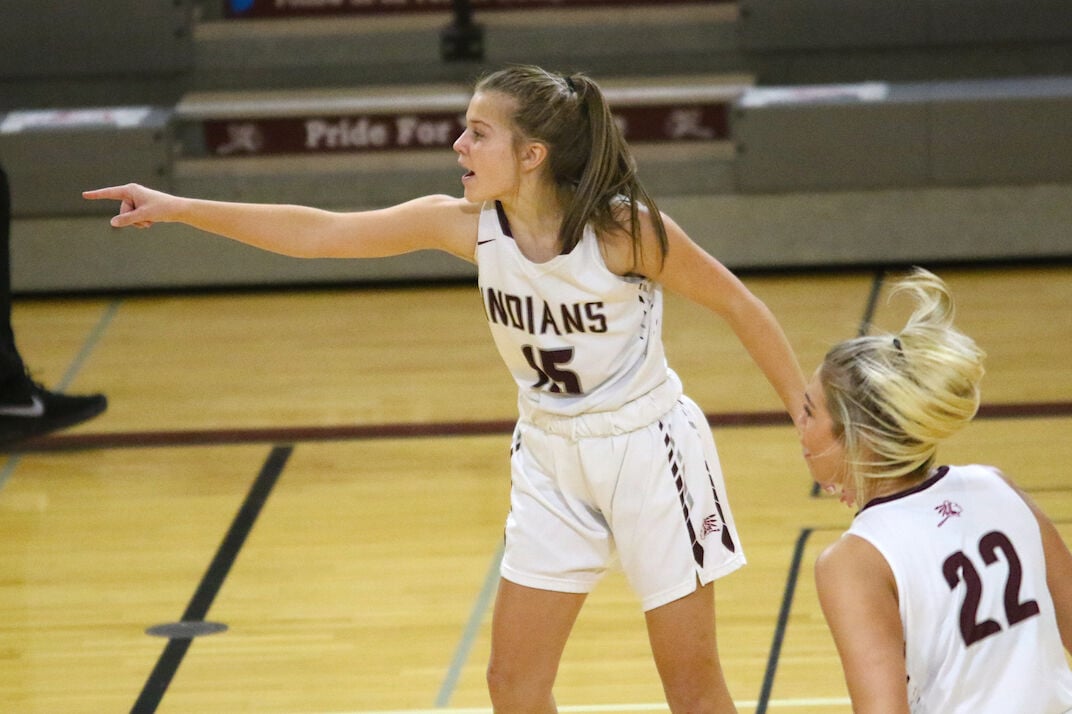 Oskaloosa's Presley Blommers (15) gives instructions to her defense in a game earlier this season.

Knoxville's Maggie Wilkins sets up the offense in a game earlier this season.

Oskaloosa's Presley Blommers (15) gives instructions to her defense in a game earlier this season.

OSKALOOSA — We’re just under the halfway part of the season as teams are in the midst of the holiday break. Let’s take a look at the top five statistical leaders among the four main Oskaloosa Herald girls basketball schools.

Leading the way in the five main categories in the area are Maggie Wilkins (scoring and steals), Amanda Fay (rebounds and blocks) and Presley Blommers (assists).

It is fairly even in terms of appearances per team as Knoxville has eight girls in the top five in the five categories while Oskaloosa has seven, Pella Christian six and Pella four.

Wilkins and Van Gorp both appear in three categories.

Wilkins has had a fantastic year taking over as the star of Panthers. She had a streak of three straight games of 30-plus points but has still proven to be one the best defenders in the class with 5.3 steals per game.

Van Gorp has been a force on the inside, averaging a double-double with 18.1 points and 12 rebounds per game while shooting 57% from the floor.

Although she’s been limited to one game due to injury, the numbers show how dominate Fay can be on the floor for the Indians. If and when she returns from injury in 2021, she could be a huge boost to Osky’s depth as they continue their impressive turnaround.

As far as team stats go, Pella leads the charge on both ends of the floor. The Lady Dutch average 56.3 points per game while giving up an average of 40.4 points per game.

As they head into the second half of the season, here is where the local teams stand. Knoxville looks to stay undefeated at 6-0, Oskaloosa is 5-4 and Pella and Pella Christian are both 4-3.

*Stats are per VarsityBound as of Dec. 23