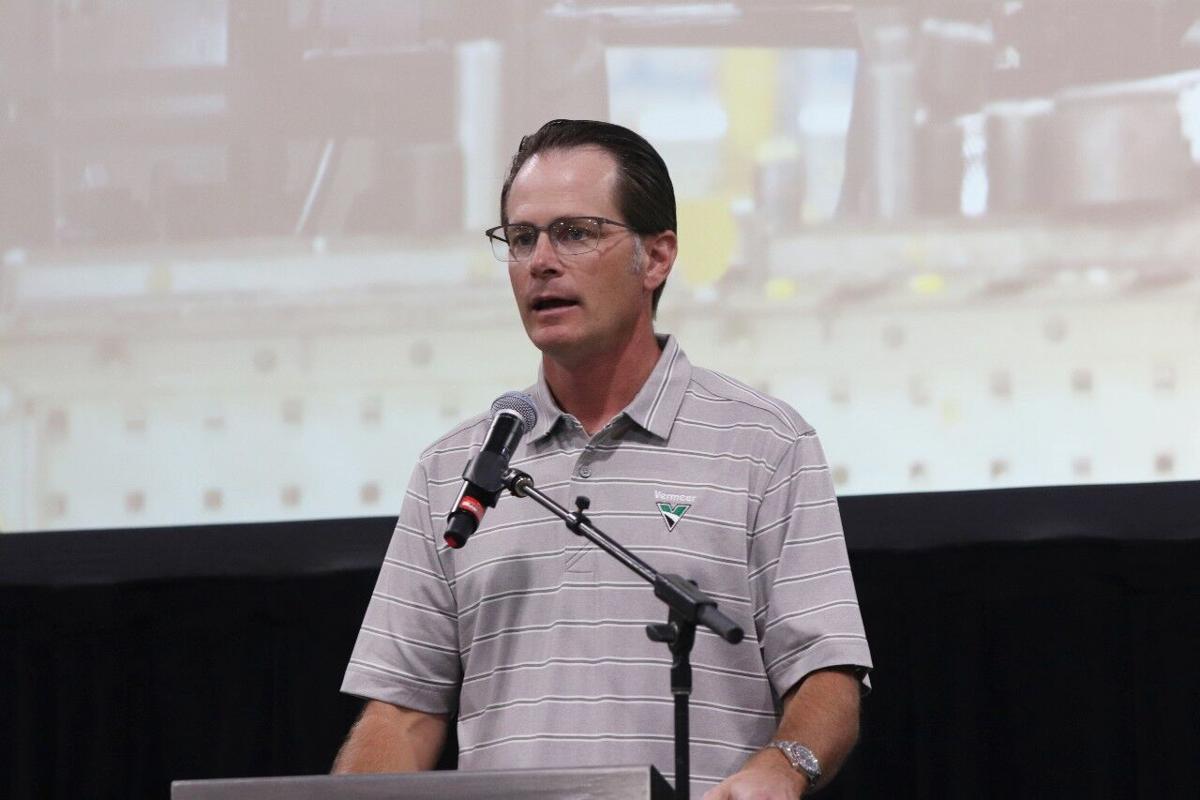 Vermeer President and CEO Jason Andringa speaking at the Grand Opening of Plant 7 on Friday, Sept. 10, 2021. 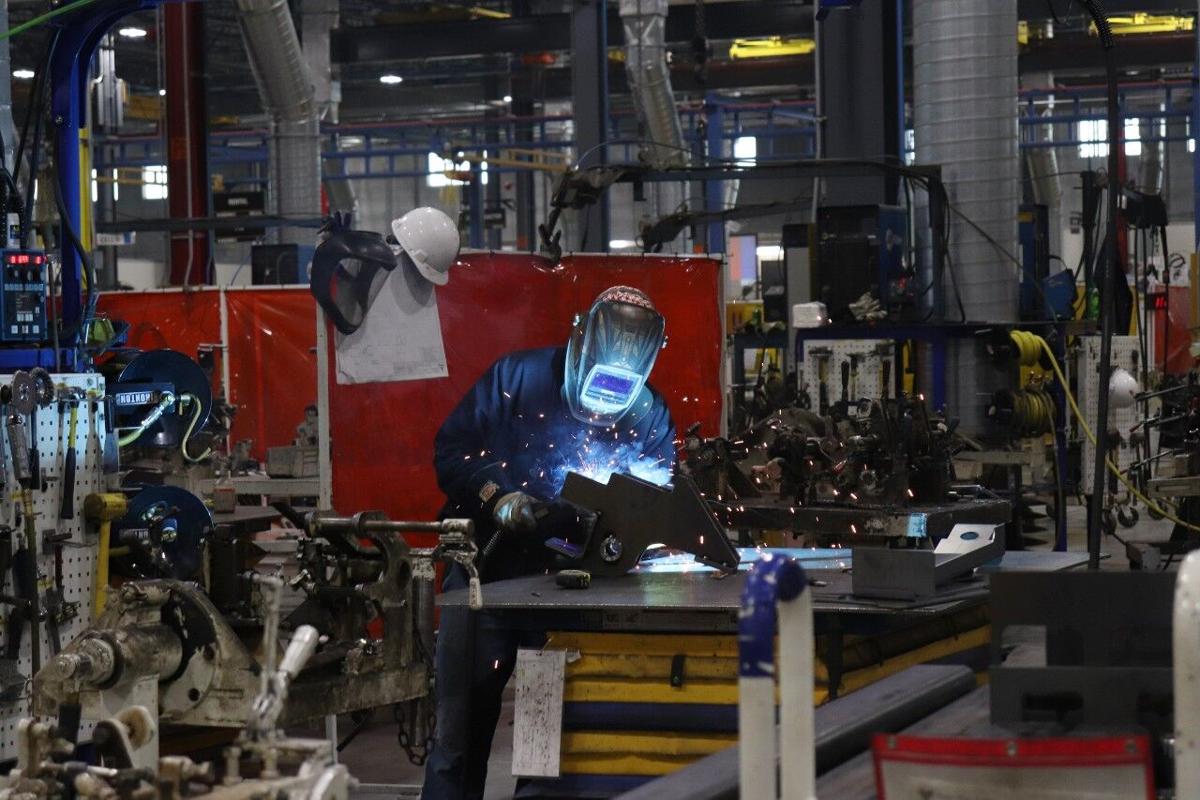 An employee of the Vermeer Corporation welding as seen on Friday, Sep. 10, 2021. 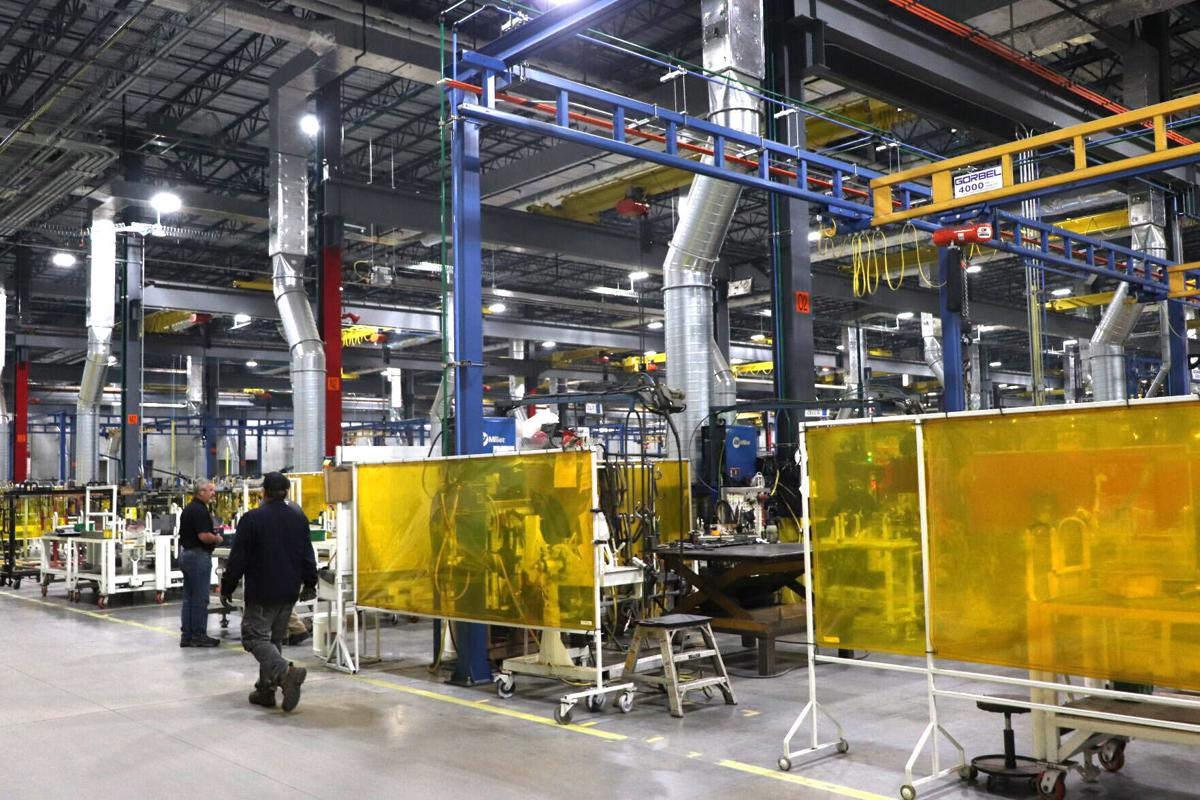 Vermeer President and CEO Jason Andringa speaking at the Grand Opening of Plant 7 on Friday, Sept. 10, 2021.

An employee of the Vermeer Corporation welding as seen on Friday, Sep. 10, 2021.

Despite the loss, there wasn’t a single fatality. Since then, the company has worked towards picking up the pieces and creating a new plant.

Vermeer President and CEO Jason Andringa spoke at the event. After the disaster, Andringa said the team was not only going to rebuild the facility, but also improve it in a way the company has never experienced before.

The Iowa governor sent a recorded message to the team, applauding both the Vermeer team and first responders for keeping everyone safe during the tornado.

“Their instinct to serve and protect was tested in ways no one could have expected, but because of them and the mayor's readiness for emergency situations, 3,000 employees and visitors from across the globe [who] attended customer appreciation day were kept safe,” Reynolds said.

Reynolds also thanked Andringa and his family for what they provided for their company during the recovery period.

“The spirit of resilience, which you demonstrated, was remarkable, but it came as no surprise,” Reynolds said. “Resilience, tenacity and grit has always been at the very core of this three-generation family led business, and it infused in the company from top to bottom throughout your recovery.”

While the tornado has destroyed infrastructure, it hasn’t been able to damage productivity from a business perspective. Vermeer Corporation Vice President of Operations Bill Blackorby said the company has seen tremendous growth since 2018.

“Every year for us, since 2018, has been a record volume or revenue year,” Blackorby said. “It's not only about efficiency for us, but it's about having to manufacture square footage and to be able to build that product.”

Similar to many other Iowa businesses, the company has also struggled with hiring more workers.

“Depending on what kind of labor force we need, whether we need welders, painters, assemblers, our team is really doing an amazing job of telling the Vermeer story, attracting individuals and getting them interested in manufacturing,” Blackorby said. “Our biggest constraint right now is trying to get the available labor.”

Regardless, Vermeer has also helped create new jobs during this period by assembling a team within the past three years to help advance issues around paint, machining, welding, or faxing.

At the end of the celebration, Andringa thanked his employees for their work since the beginning of the plant.

“Thank you to all the Vermeer team members that are going to make this plant sing, that are already making this plant sing since we moved in,” Andringa said. “I look forward to building equipment that our customers can't wait to get their hands on for many months, many years in the future.”