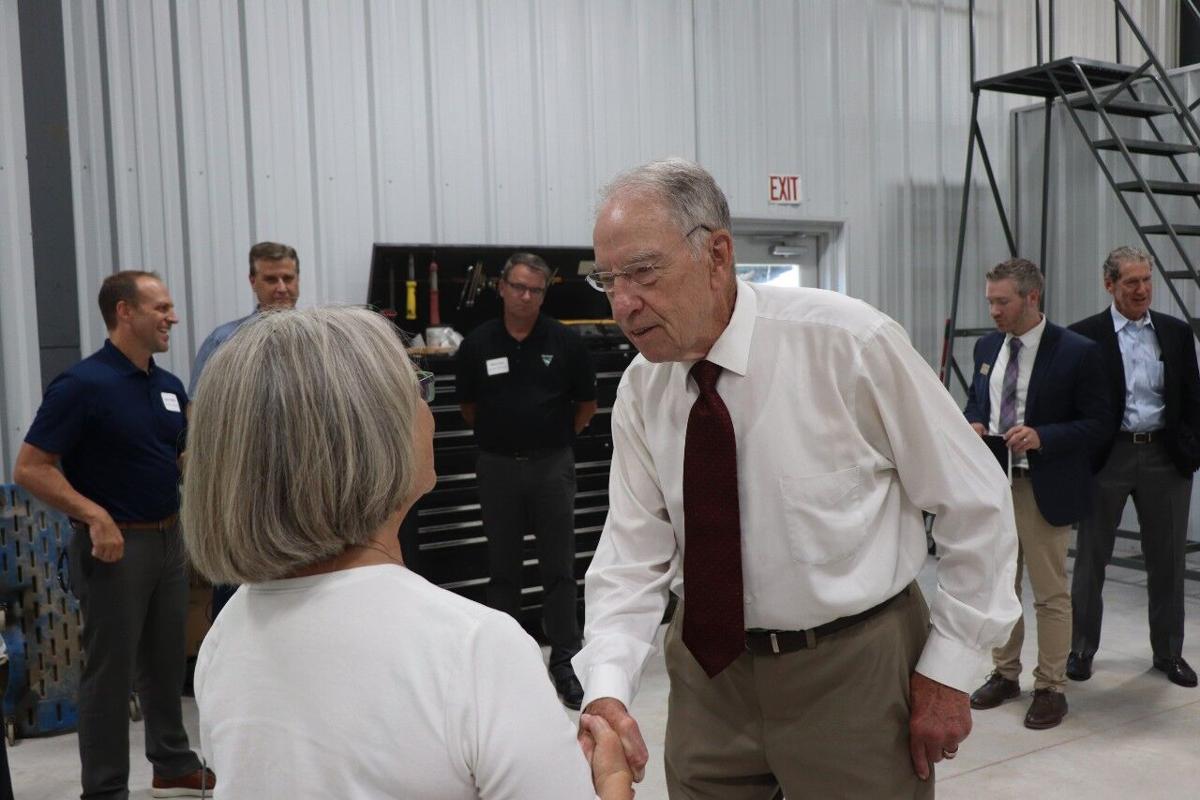 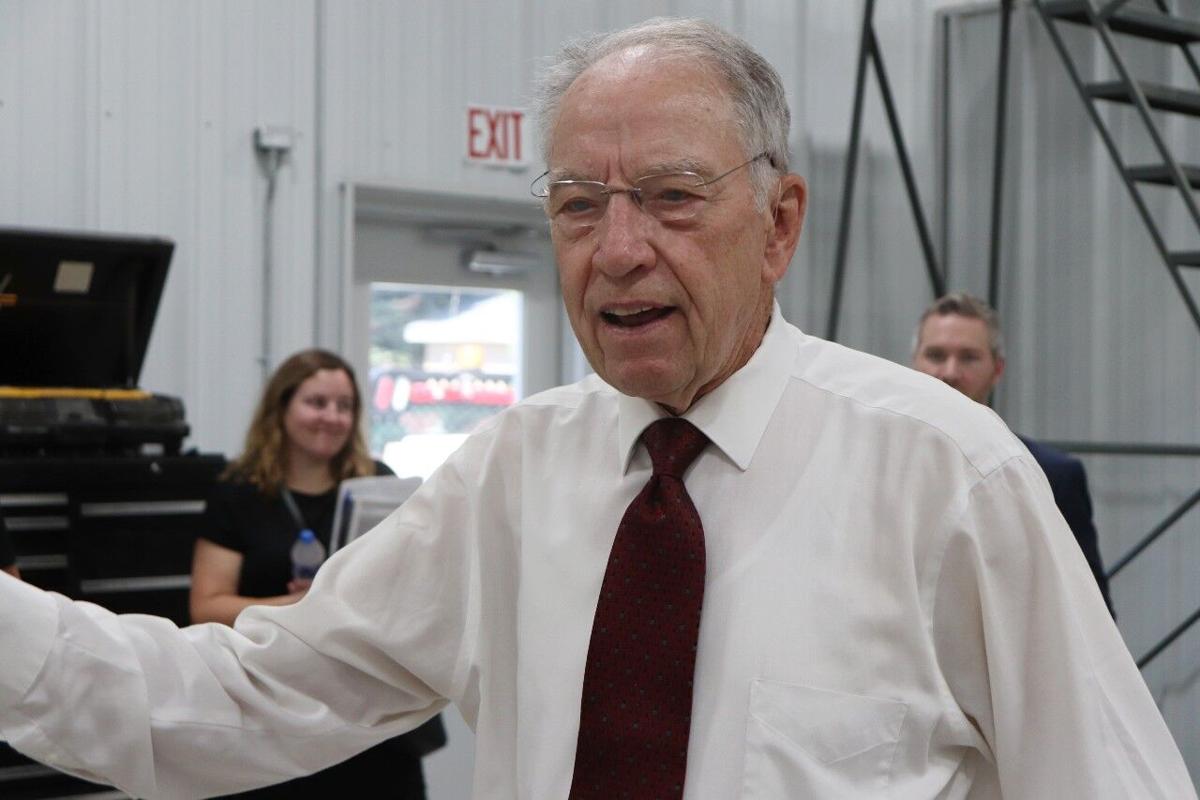 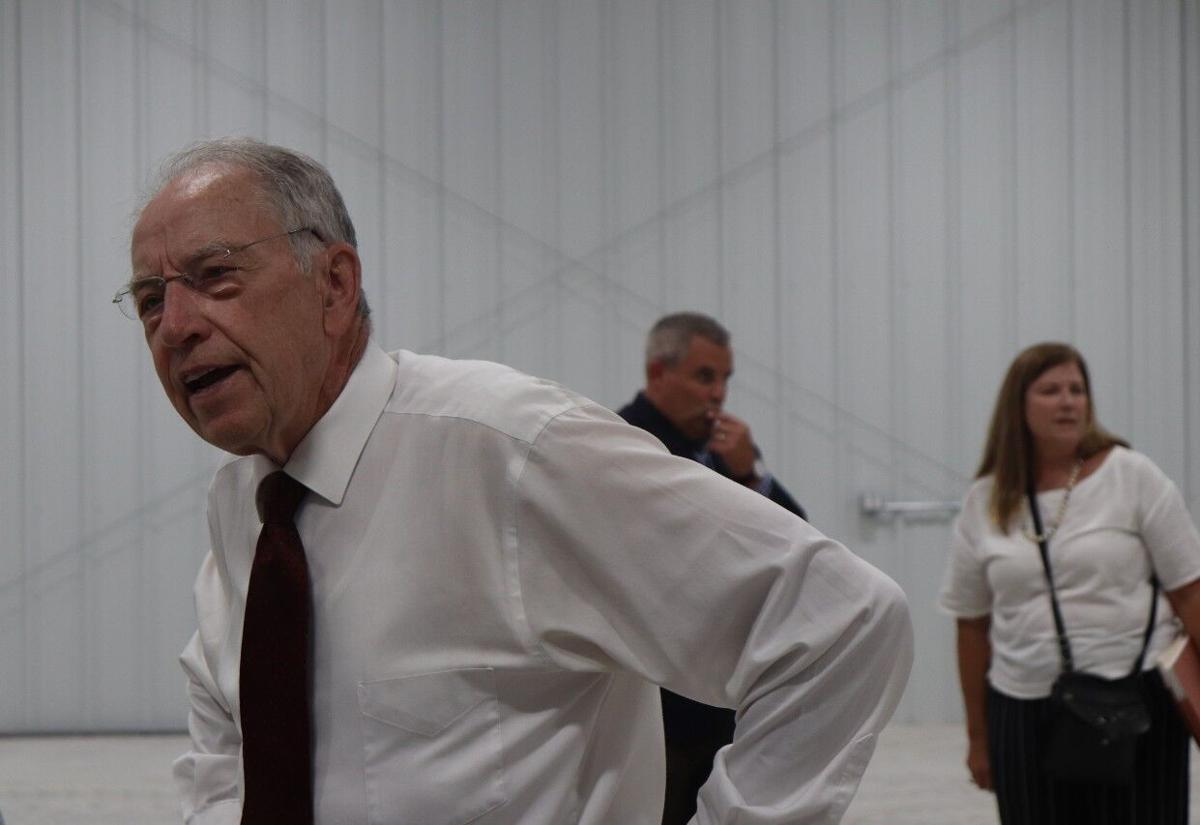 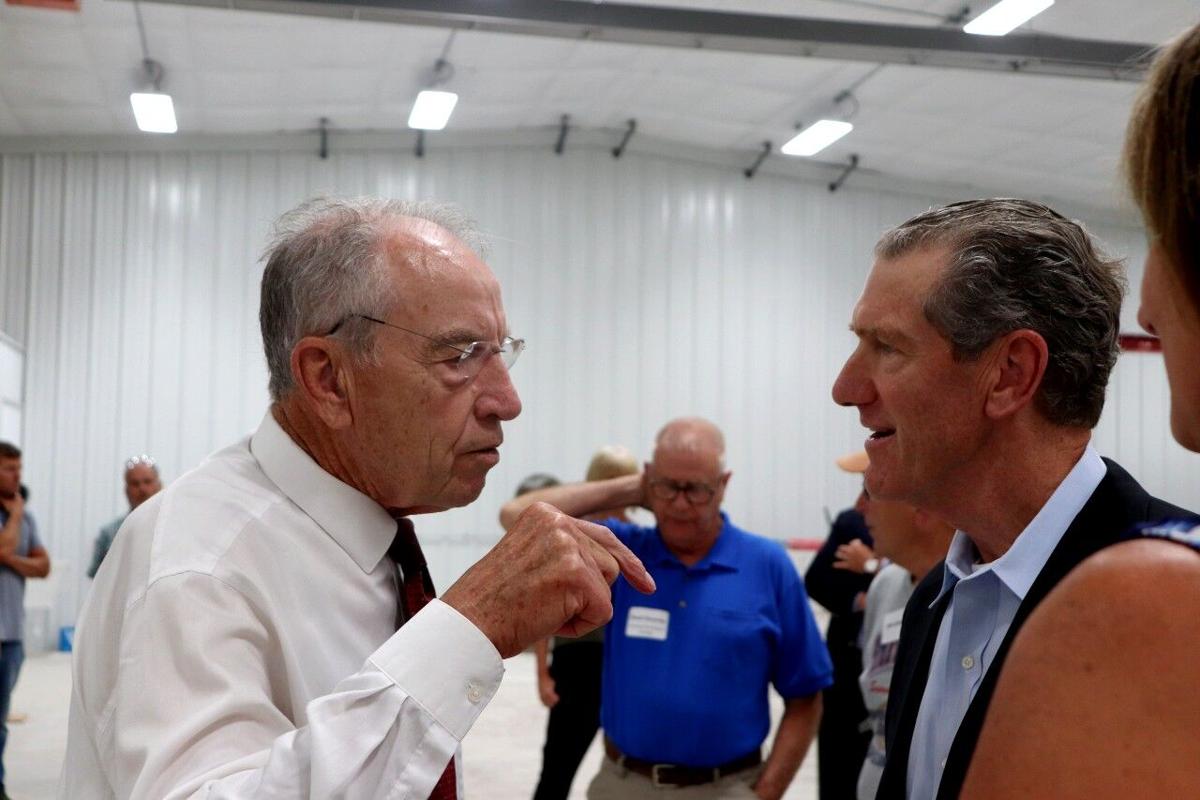 PELLA — As a part of his 99-County Tour, Senator Chuck Grassley made a stop at KLK Construction in Pella to meet with employees and discuss his work in Washington, D.C.

During his visit, Grassley held a Q&A with the National Federation of Independent Business owners, allowing questions of any topic. The U.S. Senator began the session by discussing the $4.2 trillion infrastructure bill, which passed the U.S. Senate 69-30.

Grassley was one of the 19 Republicans who voted for the bill, which will go towards improving roads, bridges, water, and electric infrastructure. There will also be a $65 billion effort to expand broadband internet.

“I think it's the right thing to do, you got to see infrastructure as an investment,” Grassley said regarding the legislation. “If you build a highway, it's for 40 years. . .it’s not like this money is gonna be spent every day.”

Grassley said he viewed the bill as a bipartisan effort, although he said he gets a lot of questions from Republicans on why he would support the legislation.

“I'm getting criticism from a lot of people that I didn't hear criticizing Trump when he wanted to spend $2 trillion on infrastructure,” Grassley said. “If you've heard that there's non-infrastructure stuff in this bill, that's not true. It's all infrastructure.”

Grassley said there’s a lot of misinformation regarding the bill, with many detractors saying it contains the Green New Deal or will increase inflation.

Grassley has been openly critical of how President Joe Biden has handled withdrawing American troops from Afghanistan, especially since Biden will not extend the withdrawal deadline beyond Aug. 31.

“I hope we don't stop until we get every American out and every [Special Immigrant Visa] out that we have, that we owe something to,” Grassley said. “There may have been some agreement made between Trump and the Taliban, but this President is responsible for everything that's going on right now.”

Nearly a year after the election, many Iowa Democrats have shared their plans to run for Congress. This week, Iowa Rep. Christina Bohannan announced her intentions to run in the 2nd Congressional District against Rep. Mariannette Miller-Meeks.

Iowa Sen. Liz Mathis has also shared her plans to run against Rep. Ashley Hinson for the 1st Congressional District.

Although he said it’s difficult to form an opinion long before the election, he commended both women for their work in Congress.

“I know right now about the performance of the two incumbent Republican Congresswomen, they're very active and have made a big mark in Washington D.C. for the people of their district,” Grassley said. “I do think that they're both going to be hard to beat.”

On the topic of the 2022 Senate Race, Grassley reiterated he will announce his plans to run for re-election before Nov. 1.

“In the meantime, I think I can say that I love what I'm doing, serving the people of Iowa,” Grassley said. “I think I worked as hard as I did [on] day one when I went there, maybe harder now because I think I had more responsibilities with more seniority.”