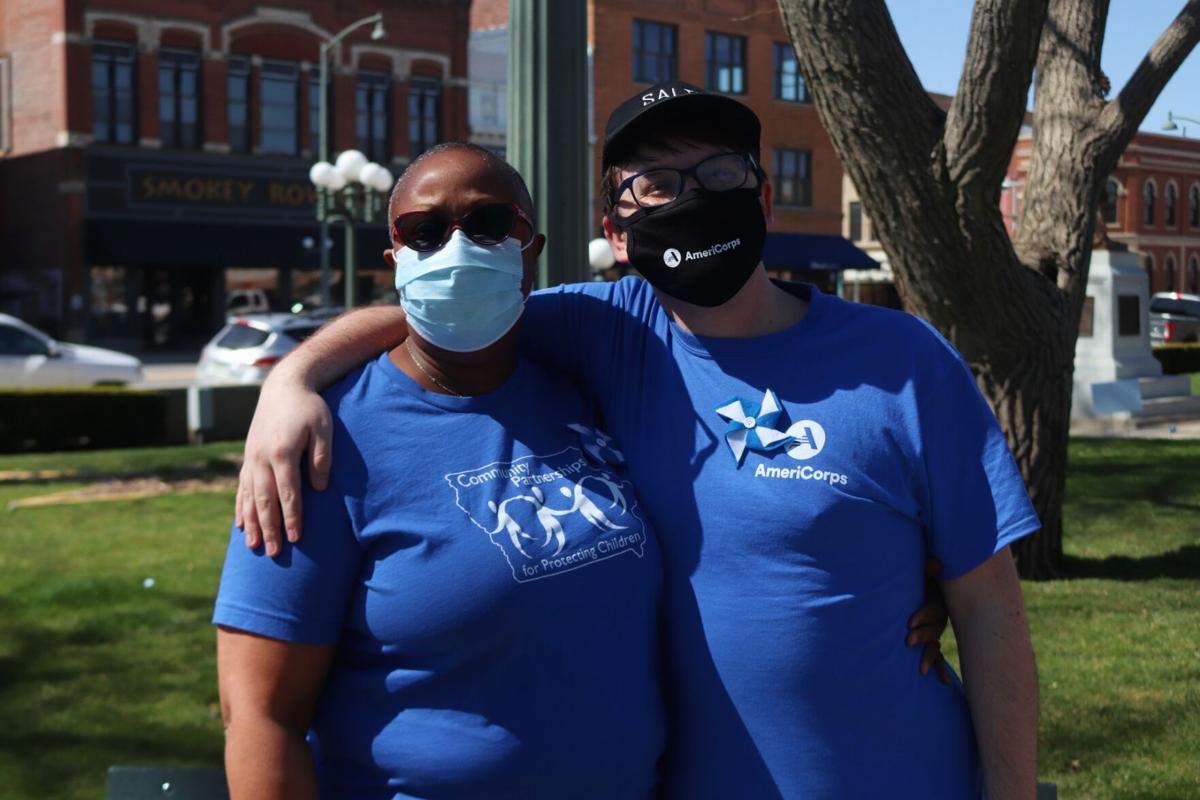 Paula Falconer and Joshua Barnett pose for a picture on April 1, 2021. 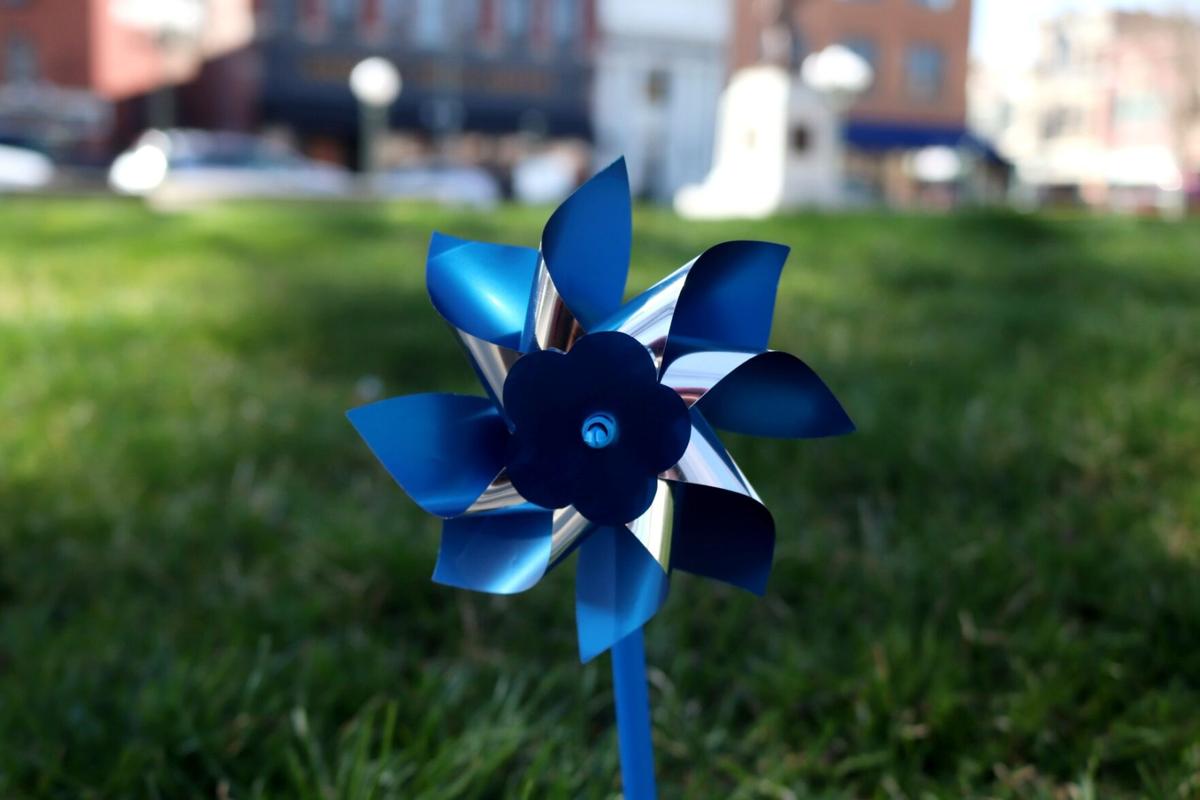 One of the blue and white pinwheels at the Oskaloosa Town Square on April 1, 2021.

Paula Falconer and Joshua Barnett pose for a picture on April 1, 2021.

One of the blue and white pinwheels at the Oskaloosa Town Square on April 1, 2021.

OSKALOOSA — As the weather is getting warmer and April sets in motion, community members have already decorated the Oskaloosa Town Square with pinwheels in order to spread awareness on child abuse.

April is is National Child Abuse Prevention Month, a month where the Community Partnerships for Protecting Children (CPPC) continue their tradition of placing blue and white pinwheels around the park.

Paula Falconer, an Americorps member for CPPC, said one of the most powerful parts of setting them up is that they start conversations on the topic.

“There were people who were asking me ‘What is this for? What is this about?’” Falconer said. “I think having the pinwheels at the square is a conversation starter to bring awareness.”

The pinwheel officially became the new national symbol for child abuse prevention in 2008, according to Prevent Child Abuse America.

“The idea was founded because pinwheels represent kind childhood wonder and wimzie,” Joshua Barnett, another Americorp member who assisted in putting up the pinwheels, said. “Over the years, the idea of just kind of took off more and more as the symbol for preventing child abuse.”

Pam Bettger, a child abuse prevention specialist, said pinwheels are apart of a national movement that expresses how every child deserves a carefree childhood.

“Pinwheels are placed out there to help remind everybody that every child deserves a happy, safe childhood,” Bettger said. “The significance of the month is that it’s a time for us to celebrate children and to step up as adults to keep kids safe.”

Bettger said the pinwheel is a powerful symbol for child abuse prevention because it ignites excitement in many children whenever she hand them out.

“When we hand these out to children, kids light up,” Bettger said. “Some kids nowadays have no idea what a pinwheel is and they don’t know how they work, so they’re totally intrigued by that.”

Bettger has worked in the area for 18 years, and she’s continually motviated to advocate for child abuse because she wants to make sure children are safe.

“What’s keeping me going is someone has to give children tools to live in the world that they have,” Bettger said. “I also want to increase our adult awareness to be responsible to keep children safe.”

Besides setting up pinwheels, both Barnett and Falconer said people can continue educating themselves throughout the month of April on what they can do to help in situations of abuse, such as visiting pcaiowa.org.

Bettger said there’s also prevention training sessions around the area led by trainees who are accredited by Child Care Resource and Referral. The sessions are targeted towards adults and normally last two to three hours.

As the month of April continues, CPPC will continue to use pin wheels as a means to start a conversation.

“The more pinwheels we have over town, the more awareness we can bring to this cause,” Falconer said.