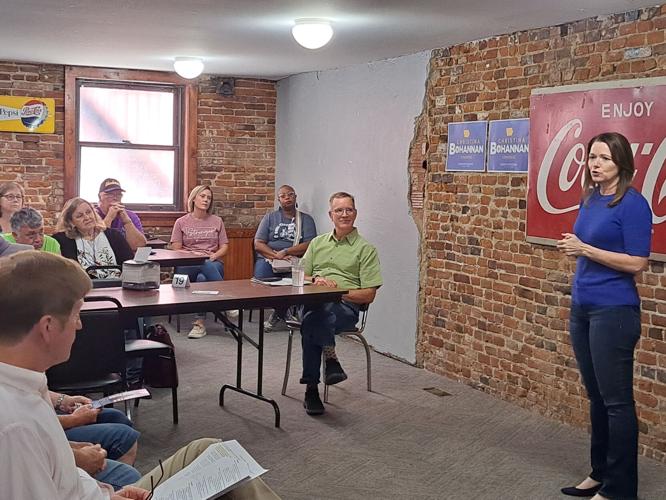 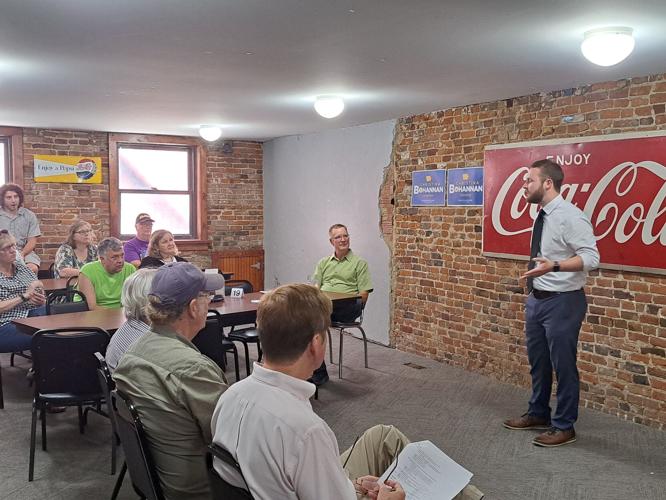 Christina Bohannan, the Democratic nominee for Iowa’s 1st Congressional District, led the group of candidates in a three-day tour of events across Jasper, Mahaska, Marion and Warren counties, discussing issues including agriculture, healthcare, mental health and education with voters critical to elections this November. She was joined by John Norwood, candidate for Iowa Secretary of Agriculture, and Tyler Stewart, who is running to represent Iowa’s 19th district in the State Senate.

One of the leading topics the candidates tackled in conversation with The Herald was the difficulties that Iowa farmers and producers are facing with record high input costs and shortages, especially fuel, while the demand for Iowan outputs only grows.

“Inflation is a really tough issue, right?” Bohannan said. “Clearly, and gas prices are a big part of that. We have a perfect storm right now, you know, it’s not the Democrats’ fault, it’s not the Republicans’ fault. It’s a result of COVID, it’s a result of the war in Ukraine.”

“I think that there are a couple things that we need to think about,” Bohannan told The Herald. “One is, I do think that pulling from the Strategic Petroleum Reserve is totally appropriate right now to try to get some of that supply up a bit. I’m very glad to see that we’re extending the use of ethanol — right? —throughout the summer, and frankly, I would make that permanent. I think that having that liquid biofuel available is going to continue, for at least the foreseeable future, to be part of our fuel strategy here in the United States.”

In addition to taking measures to help extend supply, Bohannan also wants to address corporations that lead the oil and gas industry.

“The fact is that we have seen record high profits in oil and gas industry. You know, they talk about supply chain problems and all of that kind of stuff, but then they end up reporting record profits, and so we really need to look at price gouging at the pump. That’s something that I strongly support.”

Education was also a primary topic of the day. Bohannan commented that it was a main issue she heard about from the voters she met with on her tour, and Stewart is running for office with a platform that says “I plan to strengthen public schools, defend our educators and support all students.”

Bohannan and Stewart addressed the federal issue of red flag laws and other potential measures given the ongoing problem of school security in light of school shootings, most recently in Uvalde, Texas.

“There’s some basic things that we can do when it comes to universal background checks and certain red flag laws,” Stewart said. “The polls are there, they show that they’re popular. It’s a no-brainer, it needs to be done.

“I think there’s more that we need to be doing because kids don’t feel safe. They don’t feel safe in schools for a litany of issues and reasons, but the guns are on kids’ minds.”

Stewart addressed some of these points at a forum on mental health held by Bohannan on Wednesday. He told voters that the problem of safety for schoolchildren, particularly regarding gun violence and discrimination against LGBTQ students, would be a priority for him, while Bohannan herself took on the issue from a mental health perspective.

“It’s a mistake to say that, you know, most gun violence is perpetrated by people who are mentally ill,” Bohannan said. “The fact is, it’s not.”

Bohannan advocates for the protection of Second Amendment rights for responsible gun owners, while at the same time taking legislative steps to keep “weapons of mass destruction” out of the hands of people seeking to commit violent crimes.

“We have passed bills in the Iowa House that would make it very difficult for any law enforcement to confront a guy they see in a crowded place with body armor and an assault rifle until it’s too late,” Bohannan said.

“I think it makes law enforcement less safe and it makes it very difficult for them to protect the public, which is what they really want to do. So we have to separate out this issue about, you know, Second Amendment rights and rights of responsible, lawful gun ownership, which I think most of us totally support.”