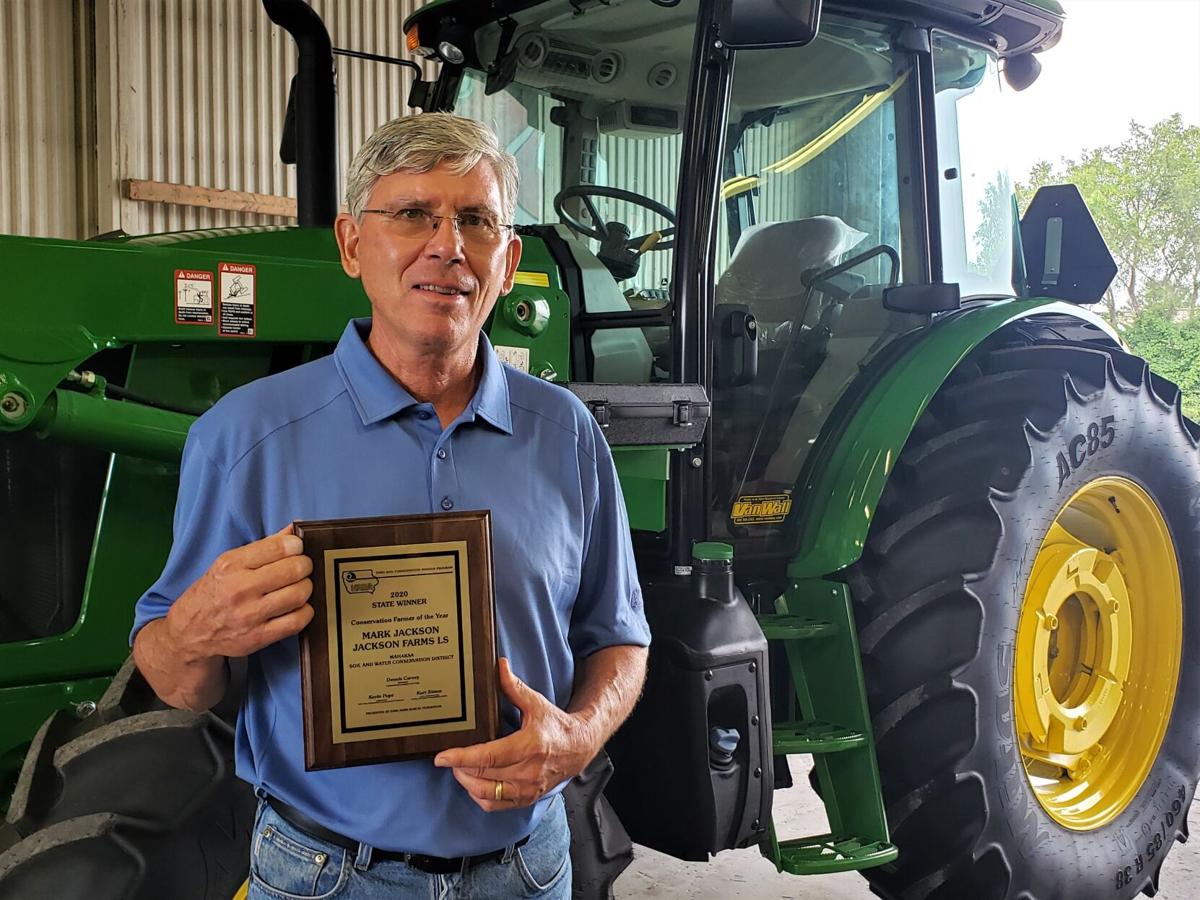 Rose Hill farmer Mark Jackson poses with his award as the 2020 Iowa Conservation Farmer of the Year. 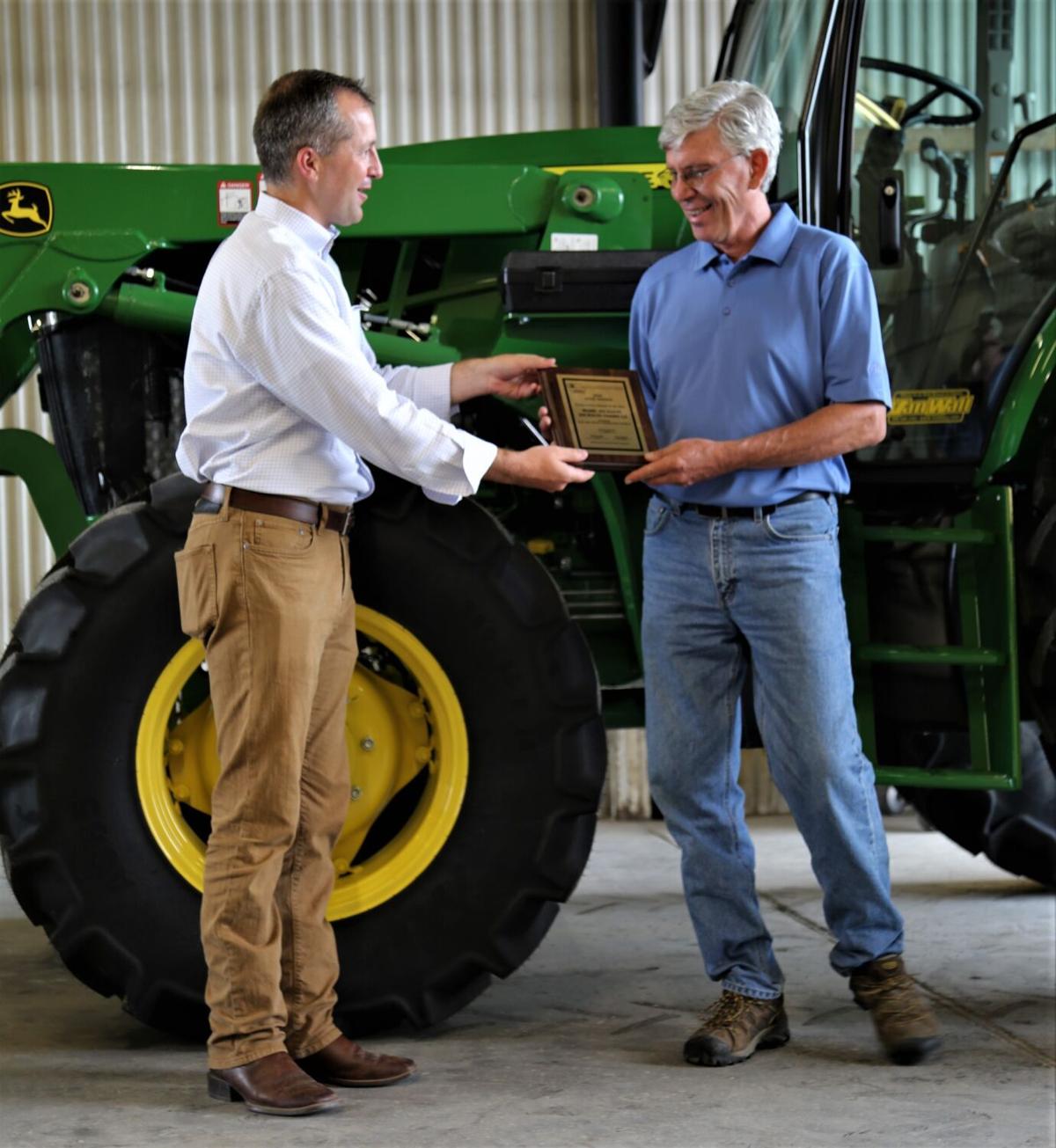 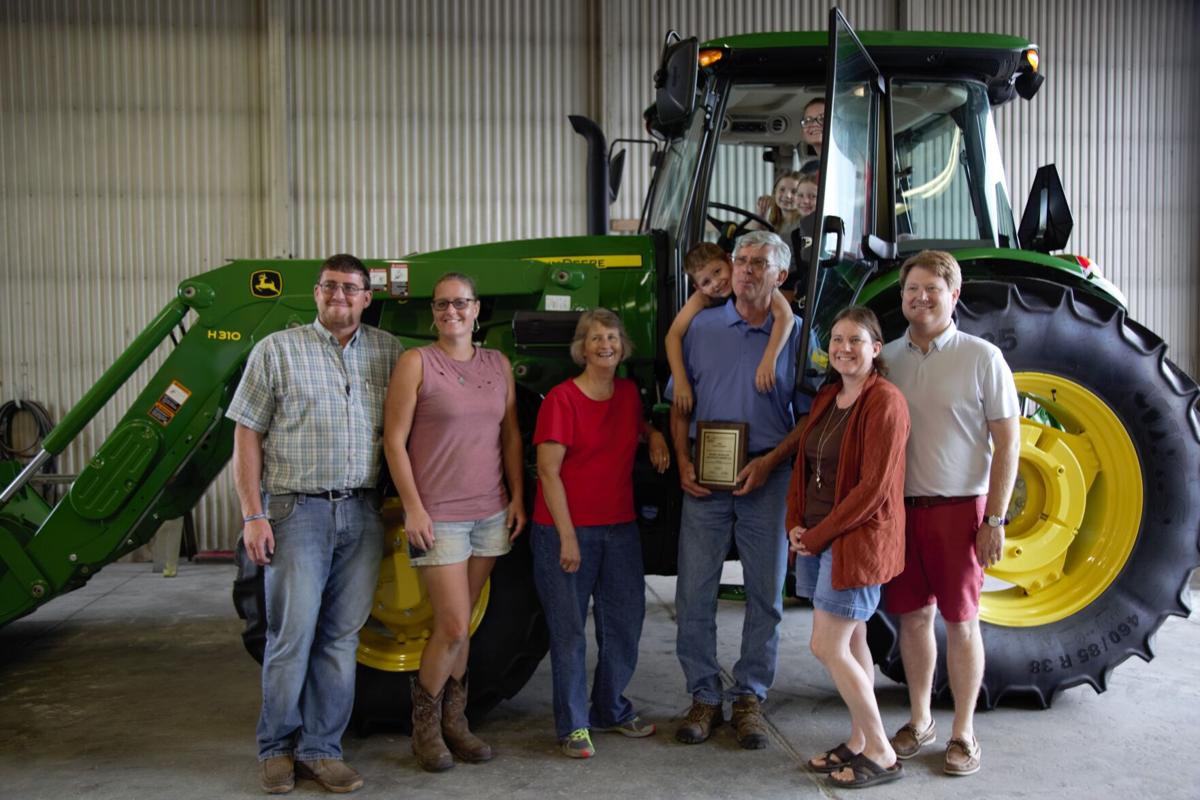 Rose Hill farmer Mark Jackson poses with his award as the 2020 Iowa Conservation Farmer of the Year.

The award, sponsored by the Iowa Farm Bureau Federation and the Iowa Department of Agriculture and Land Stewardship, was presented last week by Iowa Agriculture Secretary Mike Naig at the Van Wall Equipment dealership in Oskaloosa.

“With all that he does in conservation, and with all of his work to pass that knowledge on to future generations, Mark is absolutely deserving of this award,” Naig said during the official award presentation.

Jackson’s dedication to conservation and water quality earned him the award. He received a commemorative plaque and the free use of a John Deere 6E Series Utility tractor for up to 12 months or 200 hours. The tractor award is sponsored statewide annually by Van Wall Equipment of Perry and by John Deere.

Jackson’s family, along with several leaders in the Iowa agriculture industry were on hand to recognize Jackson for his notable achievements in conservation.

“The nominations and voting moves through a county, district and then finally a state-wide level, where a committee at the Iowa Farm Bureau casts the deciding vote,” said Robinson, “and we’ve been sponsoring this award for about seven years now.”

Jackson has been farming since 1974 after graduating from Iowa State University. His conservation plan includes at least 10 practices that are not required by conservation compliance, including no-till, contouring, terraces, farm pounds, field borders, filter strips, water and sediment control basins, cover crops and nutrient management planning.

Jackson’s son, Michael, president-elect of the county Farm Bureau, nominated his father for the award by commending his notable history of soil and water stewardship on the family farm.

Mahaska County District Conservationist Kevin Funni asked Michael to share about his nomination. In his official nomination, Michael wrote, “Leaving a family farming legacy of continuous improvement for the next generation to build on is the cornerstone of his farming protocols.”

“My son, Michael, who farms with me, is now the sixth generation. I also have a brother, Tom, who farms with us. So to me, farming is about a legacy of preserving land, sustainability and making that land better for the next generation.”

He broke with the tradition of clean tilling fields and instead uses a no-till system that stabilizes the soil using crop residue. He also plants grass headlands, grass waterways and stream buffers on his fields, among other techniques.

“We’ve always concentrated on the basics in conservation and kept it simple,” Jackson said. “Every farm is different, and every management style on a different farm is going to approach those challenges differently. We found things that fit in our management style and have worked for us.”