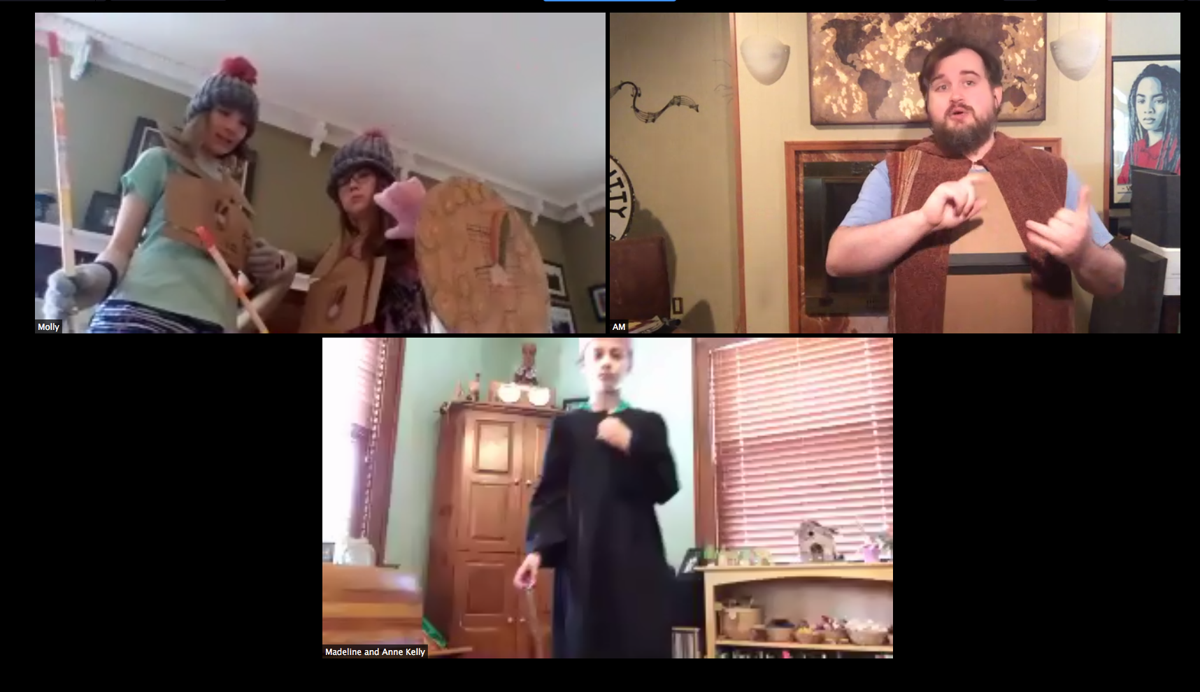 Molly and Ruby Prendergast (top left), Education Director Andy McGuire (top right) and Madeline Kelly (bottom) collaborate on a narrative with one another. 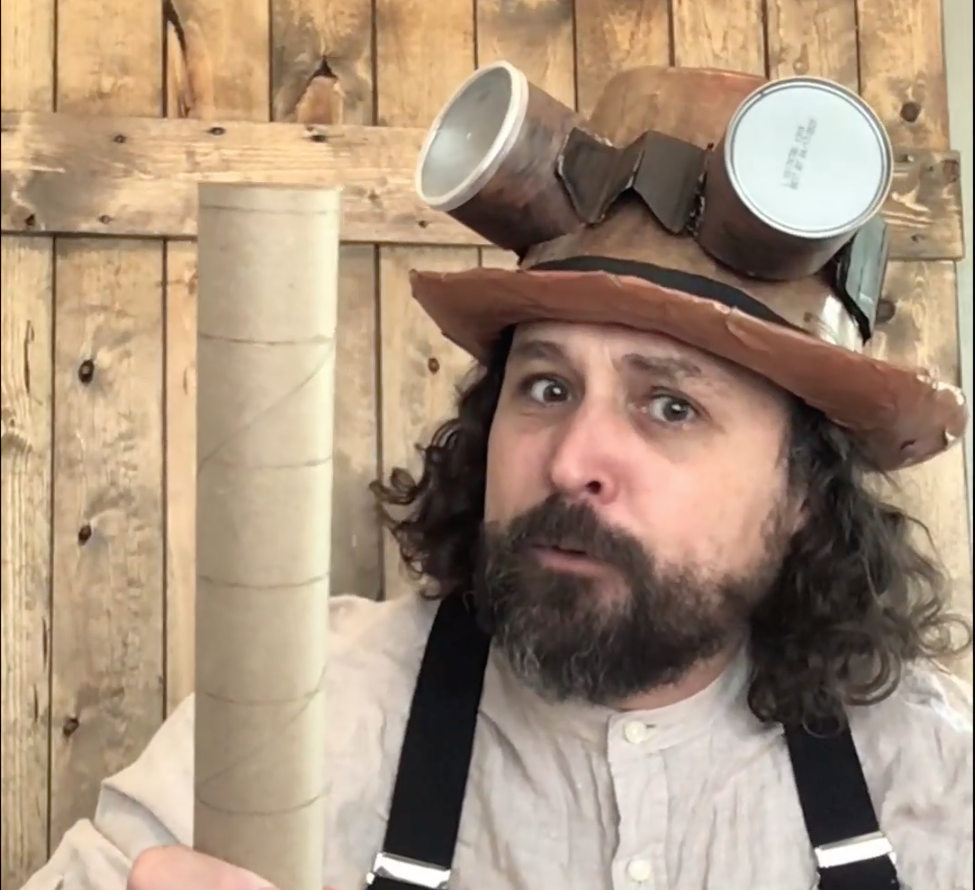 Molly and Ruby Prendergast (top left), Education Director Andy McGuire (top right) and Madeline Kelly (bottom) collaborate on a narrative with one another.

OSKALOOSA — Community youth have been struggling with the loss of routine as a result of the COVID-19 pandemic.

In response, George Daily Auditorium created the community web series “Journey On!” to reconnect children to friends and familiar faces from a distance. As a web series for youth, by youth, children are invited to express themselves creatively through imaginative play, singing and hands-on creation.

“We have been working with our youth theater campers to create something that they really have a hand in,” says Allison McGuire, GDA's development and music education director.

GDA is partnering with Mahaska Communication Group to broadcast the web series on MCG Channel 12 in addition to George Daily Youth Television’s YouTube channel. Each episode is 20 minutes of imagination and expression, combining content from George Daily Youth Theatre's summer DigiCamps, a character named Tommy Tinkersmith and other activities. The web series is intended for preschool through elementary-aged children.

“We are really glad to have a partner in MCG to help us distribute it on more of a local basis, because we are conceiving the show as a way for youth in the community to see familiar faces of friends and adults in the community,” says McGuire. “It’s been an awesome partnership to be aired on their channel.”

To be featured in the series, children can sign up for GDYT’s summer DigiCamps. Campers are featured in The Amazing Tales of the Tin Pan Knights, where they create their own knights and act out a story prompt with collaborators and fellow campers. Campers are also encouraged to use items in their homes to create props and costumes.

Content is then brought to GDYT’s Writers and Directors Guild to create an exciting, cohesive story for television. Campers then polish, rehearse and film scenes for the final story on the last day of camp via Zoom.

“If any youth in the community has been making up a song or making up a dance or learning how to tell jokes, whatever they’ve been doing, we would love to have videos from community youth telling us and showing us what they’ve been creating this summer,” adds McGuire.

“He’s been coming up with really fun crafts that tie into the land of the Tin Pan Knights and teaching kids ways they can create with everyday items they find in their homes,” says McGuire. “We’re looking for more community partners like Brant who are wanting to share some of their expertise and are people kids are familiar with, whether they’re teachers or work at other community organizations, who’d love to feature fun activities for kids to do at home over the summer.”

McGuire says GDYT’s teaching philosophy during in-person camps is based on learning through play, using games to practice and reinforce citizenship skills like communication, collaboration, creativity, critical thinking and confidence, as well as traditional theatre skills. However, due to social distancing restrictions caused by COVID-19, GDYT had to take a different approach.

“When we created our George Daily Youth Television web series, we kept that same spirit in mind, because we believe that the lifelong success of children is based on their ability to be creative and to apply lessons learned from playing,” says McGuire.

McGuire says the web series is reminiscent of The Floppy Show, a nationally-aired kids’ show produced in Des Moines in the late 50’s through the late 80’s.

“A lot of people in Oskaloosa have very fond memories of growing up watching that show, some going to see it live,” says McGuire. “I think it’s interesting how, with the internet, YouTube and local cable providers like MCG, you are starting to see some of this local content being created. I hope people who enjoyed The Floppy Show will consider introducing ‘Journey On!’ to their grandchildren with that tradition in mind.”

McGuire hopes the web series is a jumping-off point for families to be creative, stay involved and safely engage with the community.

“We really want to connect the community with some of the really great resources we have here that don’t exist anywhere else,” says McGuire.

“Journey On!” will air on Friday, Saturday and Sunday mornings at 8 a.m. on MCG Channel 12 starting Friday, June 19. All episodes of the web series can also be seen by following GDYT’s Youtube Channel.